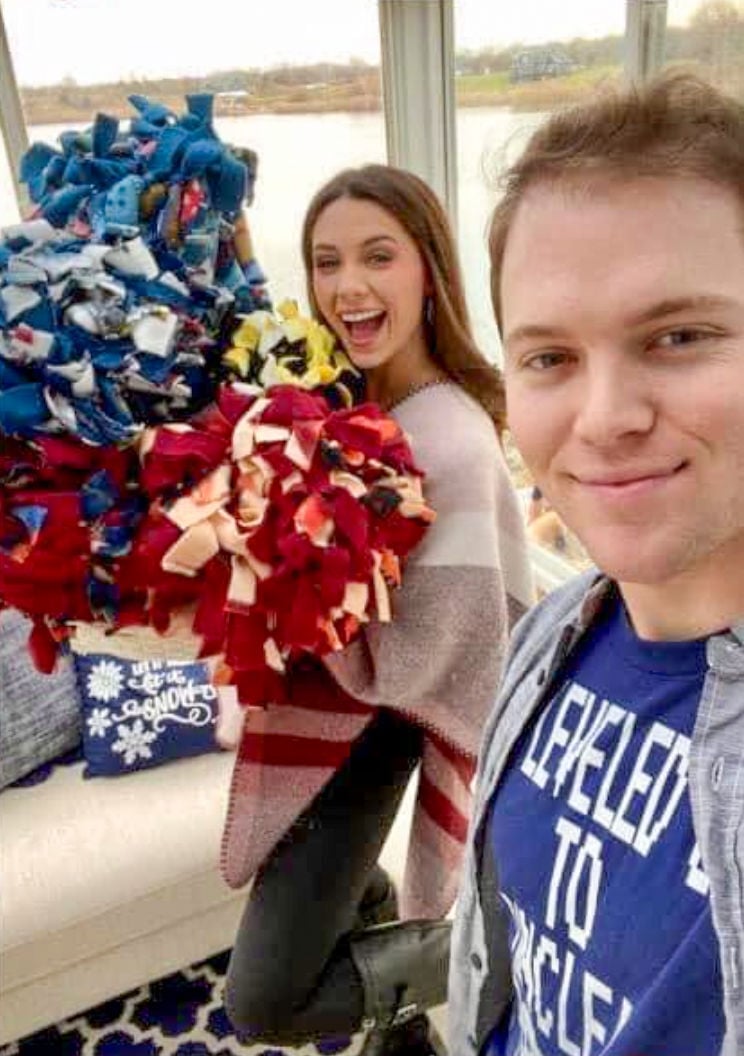 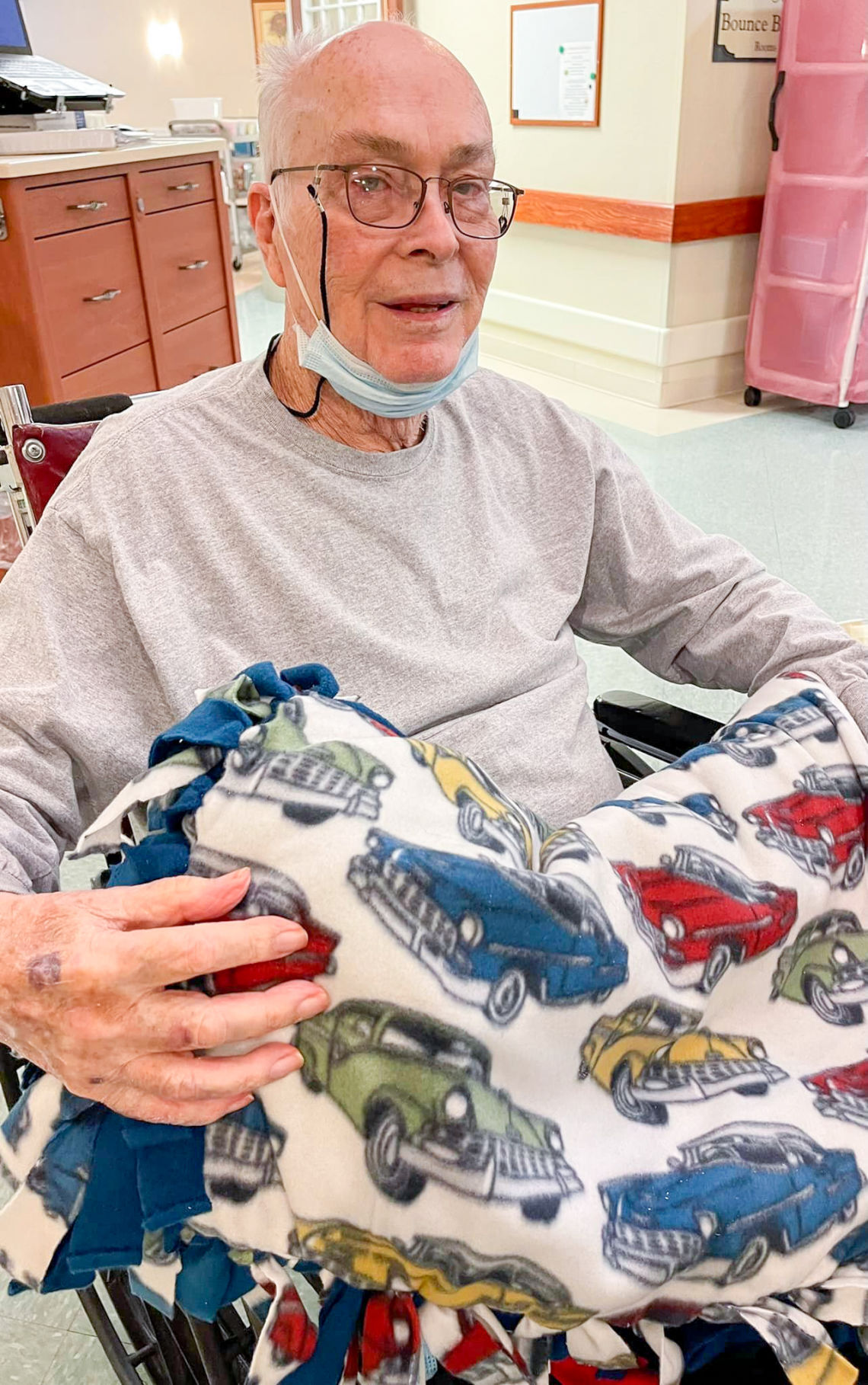 The Oakwood graduates made and donated 12 fleece blankets, and the gifts had a thoughtful touch.

“They were a big hit,” Liberty Village Marketing Director Amy Thompson said. “A lot of times, it’s gifts for women and we don’t have things for guys. But this time, a lot of the blankets had patterns on them geared toward men. So that was kind of a big hit, because two of the guys were big race car fans and one of them in particular followed Bobby’s dad all throughout his career when he was a driver.”

Thompson encouraged others to give gifts to nursing-home residents, and she said the home is starting a program called “Adopt a Grandparent,” which will involve writing letters back and forth with a resident who doesn’t have much interaction with family.

“This time of the year, obviously it’s a happy time for most people, but a lot of people tend to forget that in the health care industry, especially when you’re in a nursing home, a lot of times you’re forgotten about,” she said. “Your families are doing things, and here you are in a nursing home. The best thing is to drop off little gifts or even cards. I have a friend of mine, her whole company did Christmas cards and calendars for all of the residents. So just stuff like that is great. They love to get anything.”