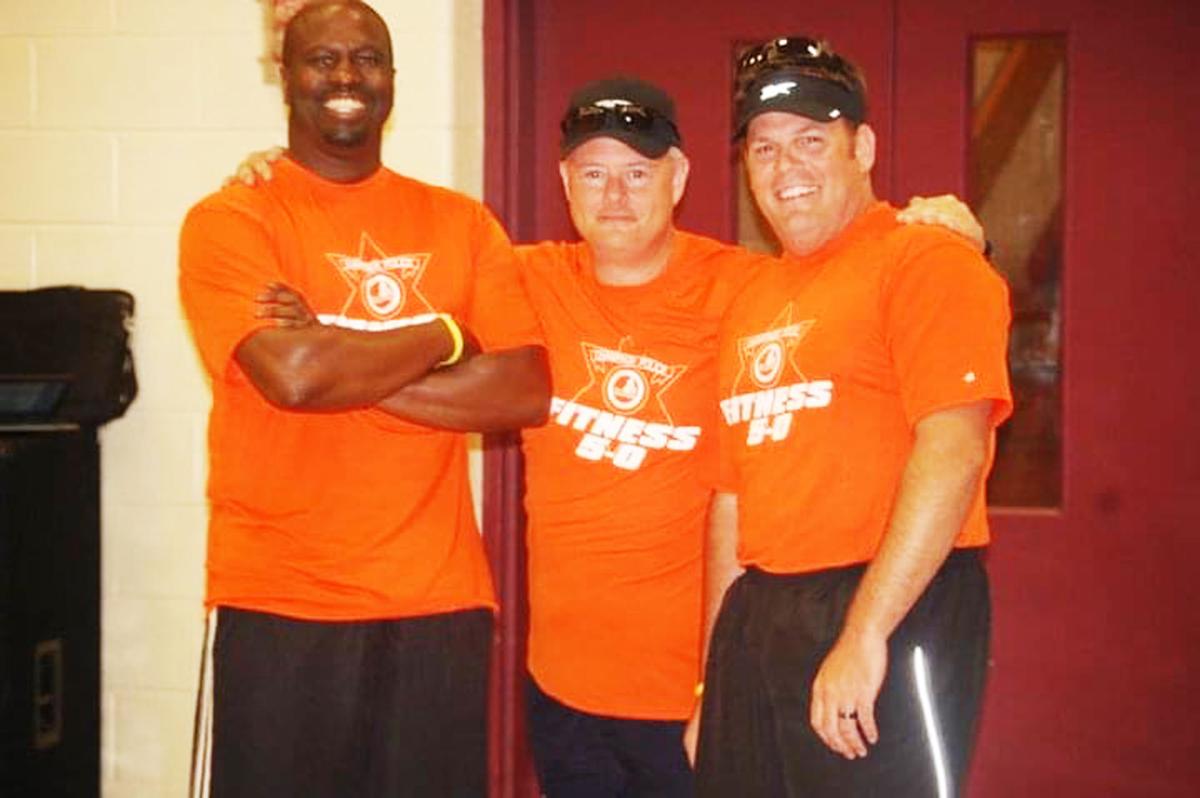 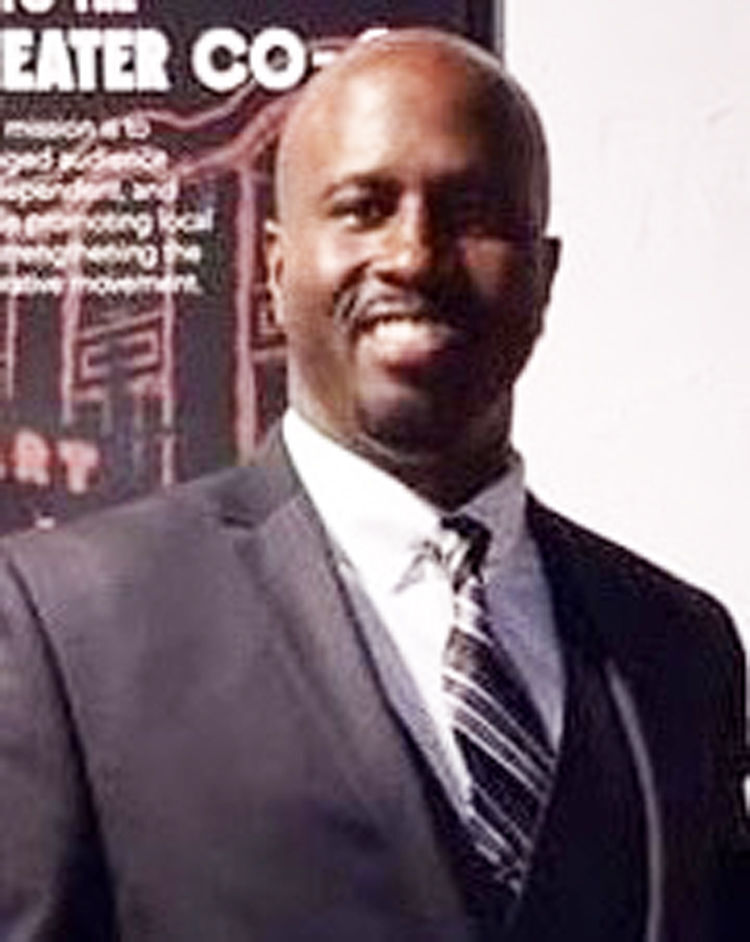 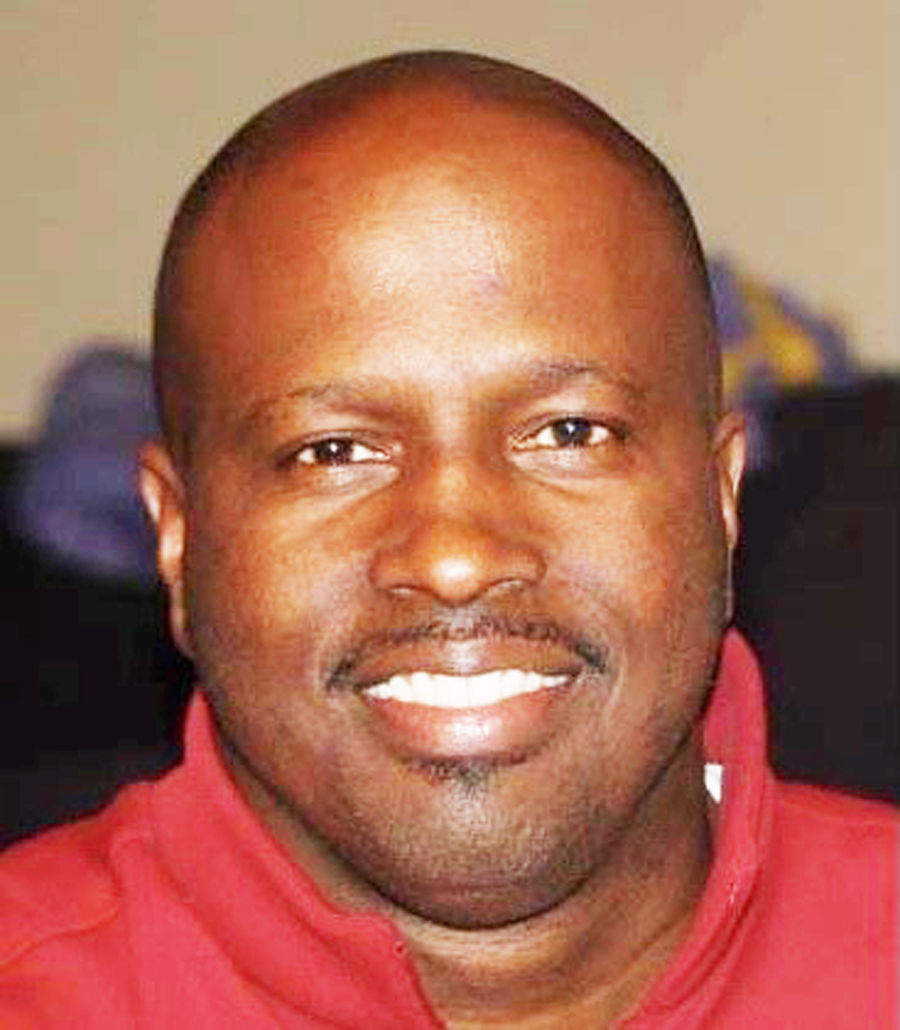 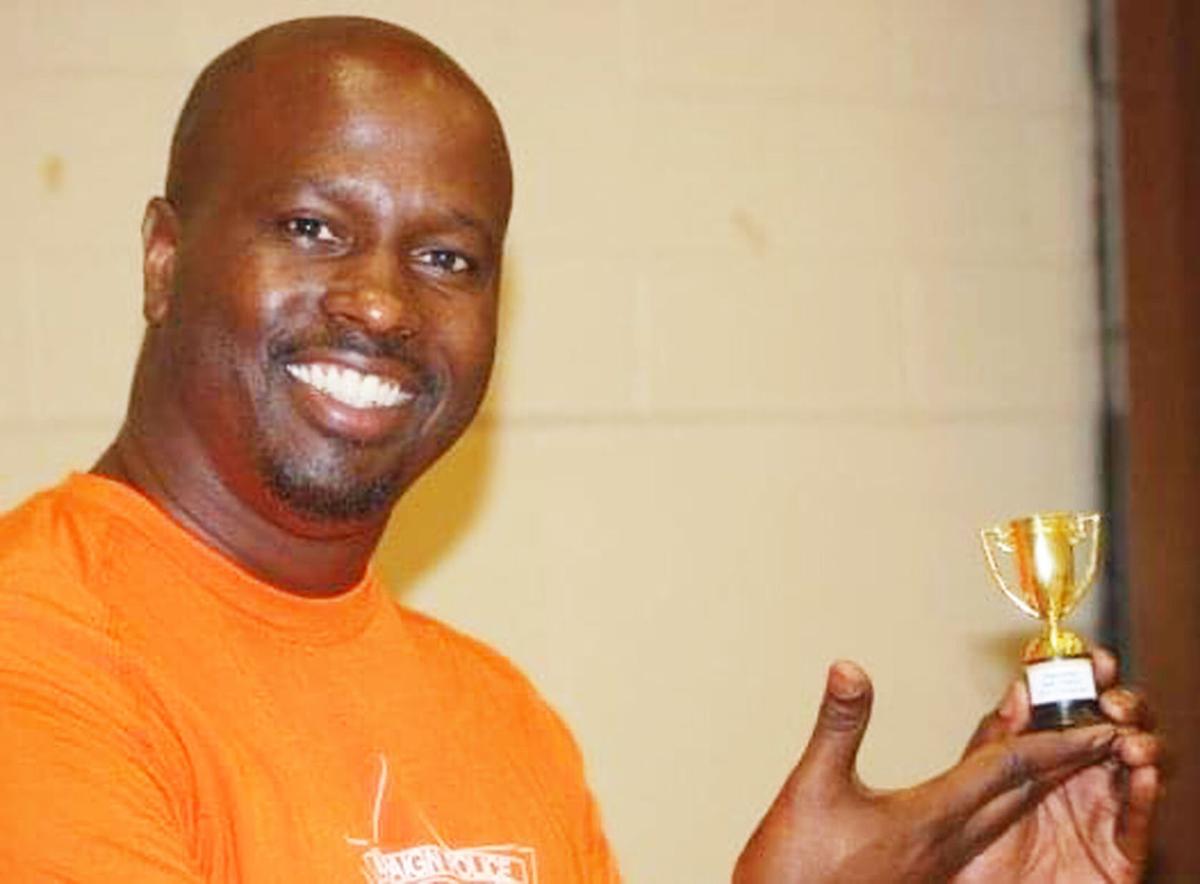 Jonathan Westfield holds the trophy for winning in dodgeball at the Boys and Girls Club, where he volunteered. 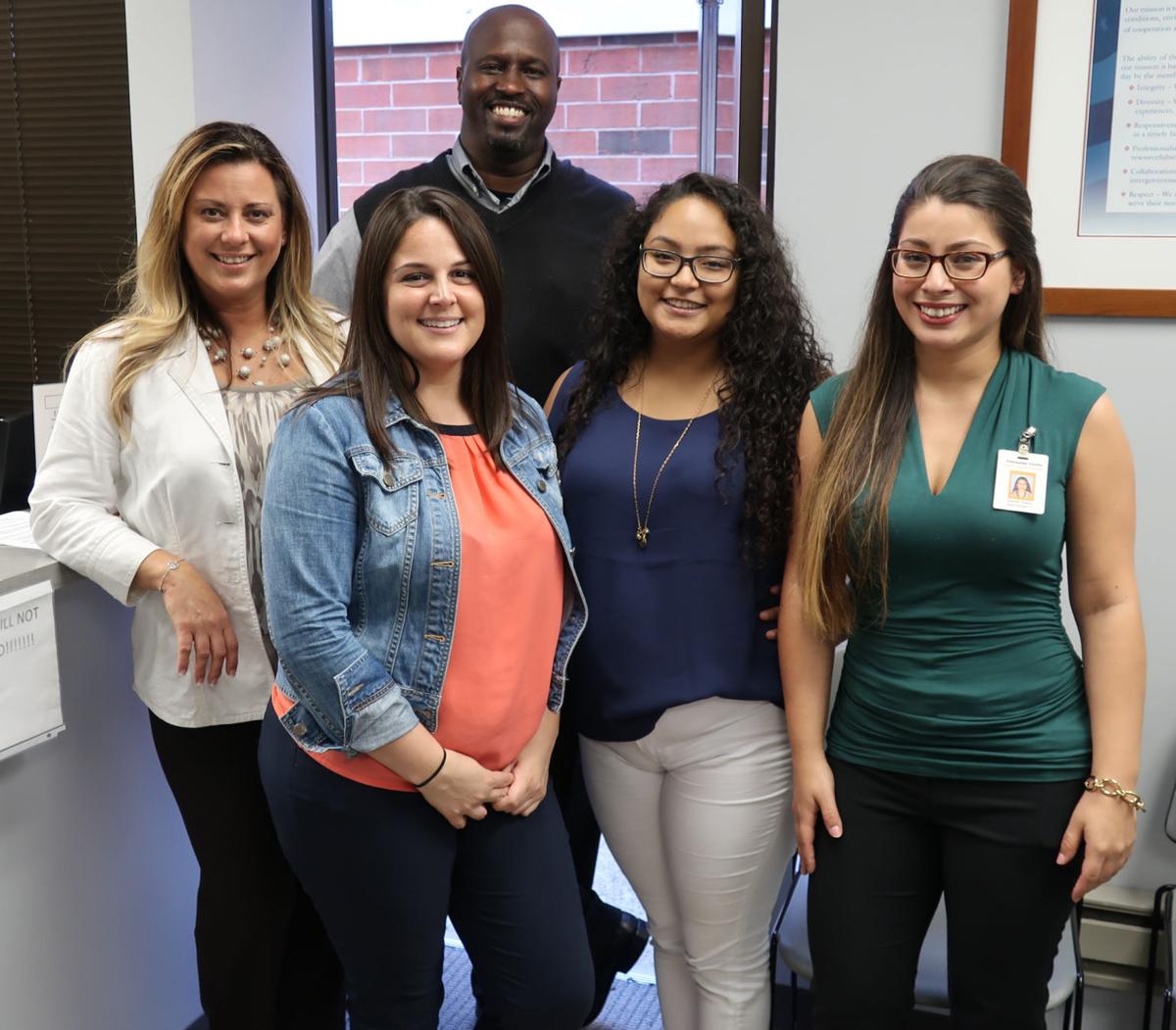 Jonathan Westfield is shown with his staff at the Youth Assessment Center. 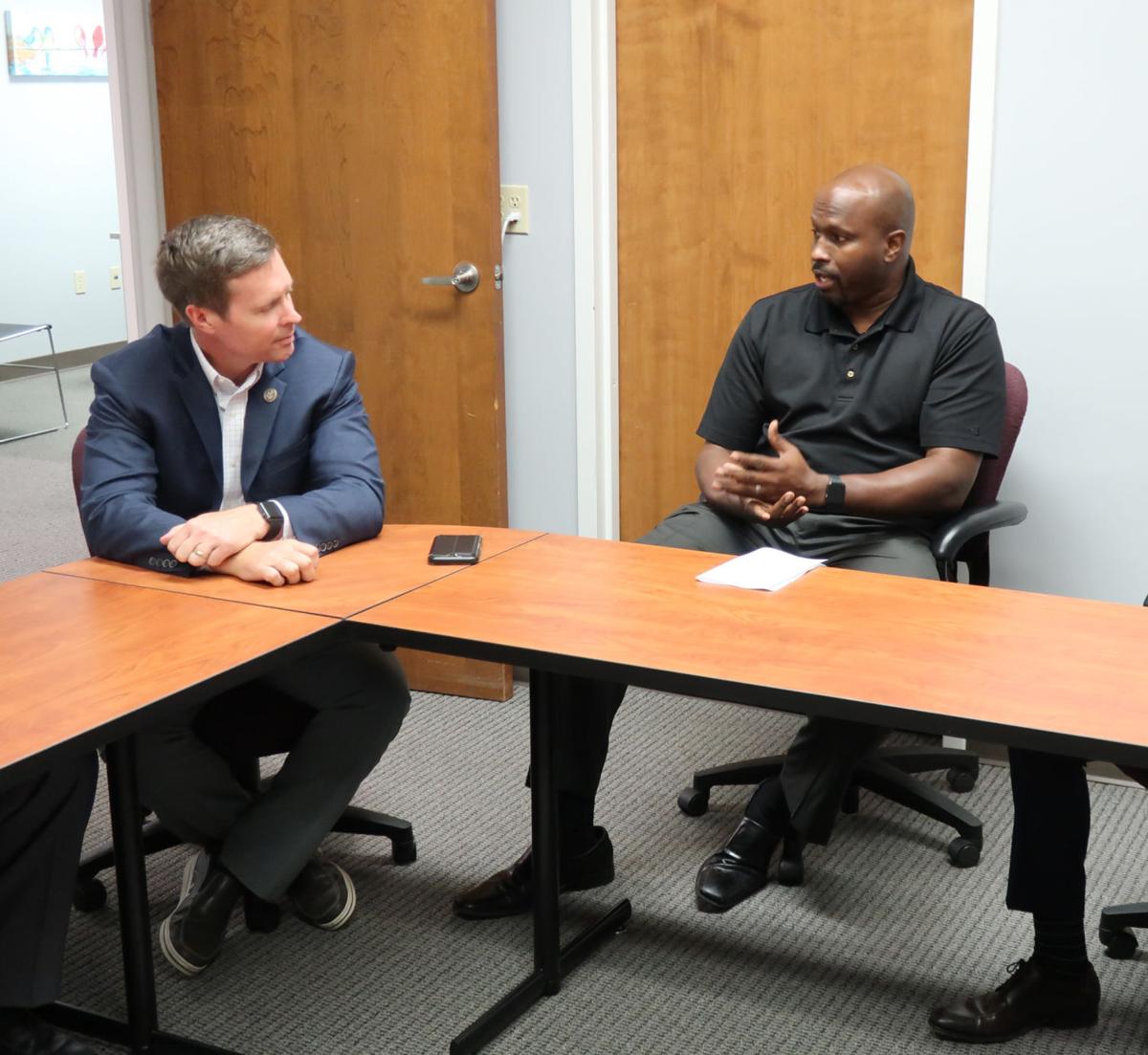 Jonathan Westfield holds the trophy for winning in dodgeball at the Boys and Girls Club, where he volunteered.

Jonathan Westfield is shown with his staff at the Youth Assessment Center.

CHAMPAIGN — Will Patterson would cringe when he would see a police car pass him, do a U-turn and turn on its lights to pull him over.

It was likely that childhood friend Jonathan Westfield was at the wheel.

“Every time he would see me, he would hit his lights and pull me over, and I’m like, ‘Look, man, you’re gonna stop doing that,’” Patterson said.

Then the jokes would begin.

The last time he pulled him over, Westfield, a former Champaign police officer, did so in Urbana. Then they talked for 25 minutes, catching up.

“People were coming by the house and saying, ‘What’s going on?’ as in ‘Why did that officer have you pulled over?’” Patterson said.

Patterson counted Westfield as one of his best friends from his formative years on. He remembers the pair heading off on bikes to Little League practice together, or on Mondays talking about the songs Westfield’s father, Ernie, would play the previous night on his WLRW show, “The Soulful Sounds of Mr. E.”

Patterson is among those grieving his friend, who died Saturday morning at Carle Foundation Hospital after a long battle with cancer. Mr. Westfield was 54.

Champaign police Sgt. Brandon Thomas thought of Mr. Westfield as a brother. They went through the University of Illinois Police Training Institute about the same time and were together so much that people often mixed up their names, even though Mr. Westfield was Black and Thomas is White.

“He and I were in each other’s weddings,” Thomas said. “We were there for each other’s children’s births. He was as close to a brother as I got.”

Thomas estimated Mr. Westfield had been battling cancer for more than 12 years. Both were school resource officers when his friend let Thomas know of his initial diagnosis.

It was the second recent loss of a close friend for Thomas. Rob Wills, who was a friend to both men, died in December.

“We were kind of like the Three Musketeers,” Thomas said. “It was not uncommon to find us running around having fun together.”

Mr. Westfield most recently served for four years on the Parkland College Board of Trustees. He was first appointed to fill a vacancy in 2017 and then elected two years later.

Parkland President Tom Ramage said Mr. Westfield “hit the ground running” when he joined the board, in part because of his past experience as a Champaign school board member.

“He was always very student-focused,” Ramage said. “All of his actions were to better the situation of the student. He was extremely kind, very engaged. You couldn’t ask for a better board member.”

Ramage said Mr. Westfield was being encouraged to also become involved with the Association of Community College Trustees, a national organization, and was “very interested.”

Mr. Westfield spent part of his 20 years with the Champaign Police Department as a school resource officer and later served as coordinator of the Youth Assessment Center, which Champaign County State’s Attorney Julia Rietz describes as an alternative to court for juveniles “who either have been in trouble with the law or who were referred for community support and assistance with the hope they don’t end up at the courthouse.”

“But he also had a big smile. You didn’t miss his presence in a room,” she said. “He grew up here. He knew everyone, and people knew him, and that could be both a benefit and a burden sometimes for him.”

Lisa Benson was Mr. Westfield’s supervisor at the Champaign County Regional Planning Commission, which operates the Youth Assessment Center. In that role, he led a team of case managers who worked with local schools and law enforcement “to help them work with kids who were maybe facing some troubles, whether behavioral issues ... or they may have had initial contact with police.”

“Jonathan was very committed to supporting all the youth in Champaign County,” Benson said. “He valued second chances. There was a quote he often shared with youth: ‘One minute does not define you or your future.’ He was a great guy.”

Benson saw different sides of Mr. Westfield — an assertive, authoritative side as a police officer and, when she got to know him better, a softer, lighthearted side.

“He enjoyed making jokes and things like that,” Benson said. “I very much valued getting to know that side of him.”

Thomas said baseball was a part of Mr. Westfield’s life. He played the sport, and so did his sons. His father had played in the Negro Leagues.

He also shared his father’s passion for music.Thomas said his friend had an encyclopedic knowledge of the subject, and he liked a wide range of styles.

Thomas remembers hopping into his car, which was tuned to a country station, and asking his friend who was singing. Mr. Westfield told him it was Crystal Gayle and also gave him the year the song was released and what album it came from.

Patterson said his friend kept up on current music but especially enjoyed music of an earlier era.

“He jives about the classics, the purity of the art form,” Patterson said. “He liked all kinds of music. You have to. Growing up in Urbana, you grow up with everything.”

Thomas said Mr. Westfield still had a turntable and a collection of vinyl records that he frequently listened to.

And on the professional side, Thomas said Mr. Westfield was one of the better officers the department had.

“He definitely taught me a lot ... about how to handle things on the street and interpersonal things,” he said. “I looked up to him in a lot of things.”