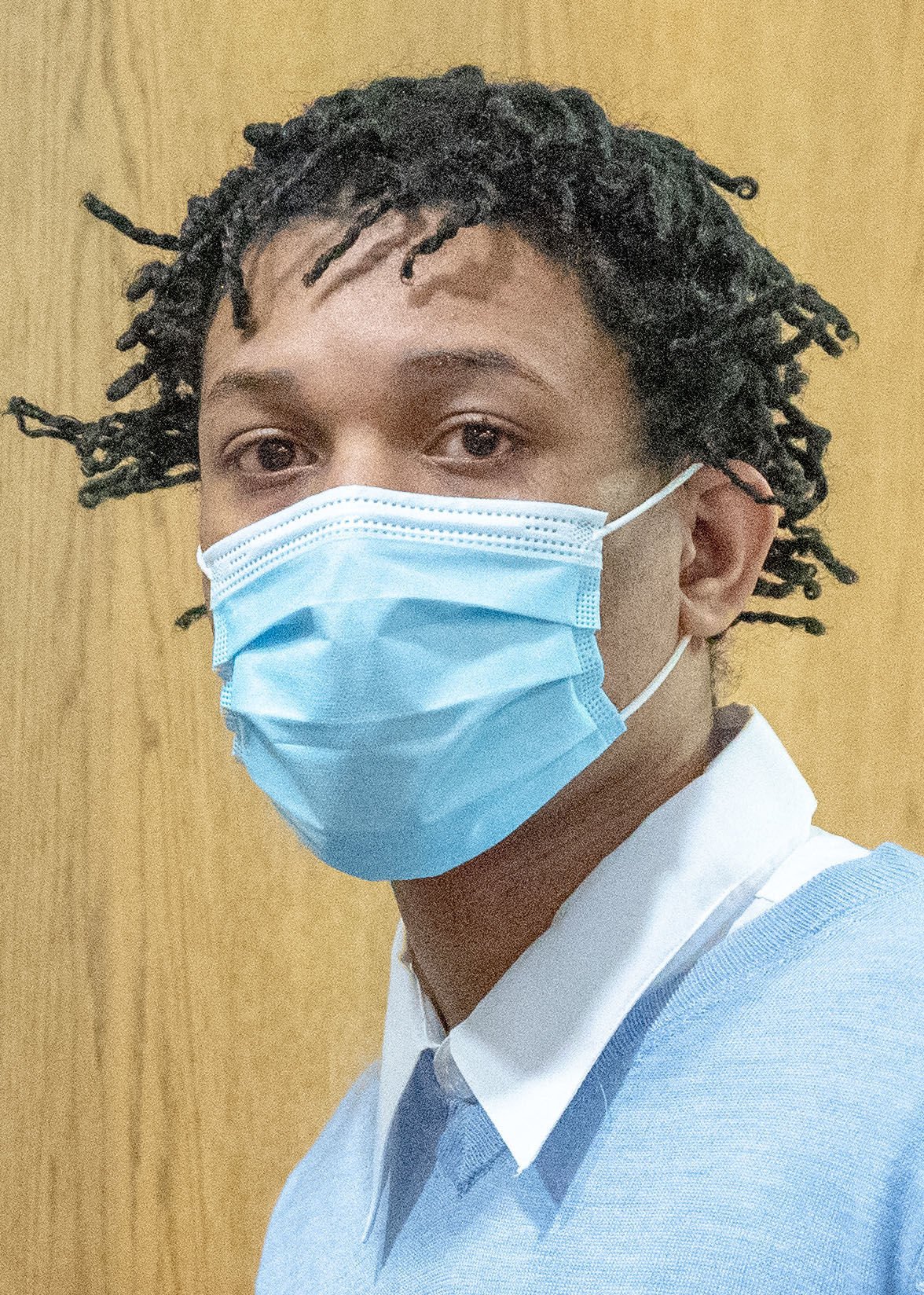 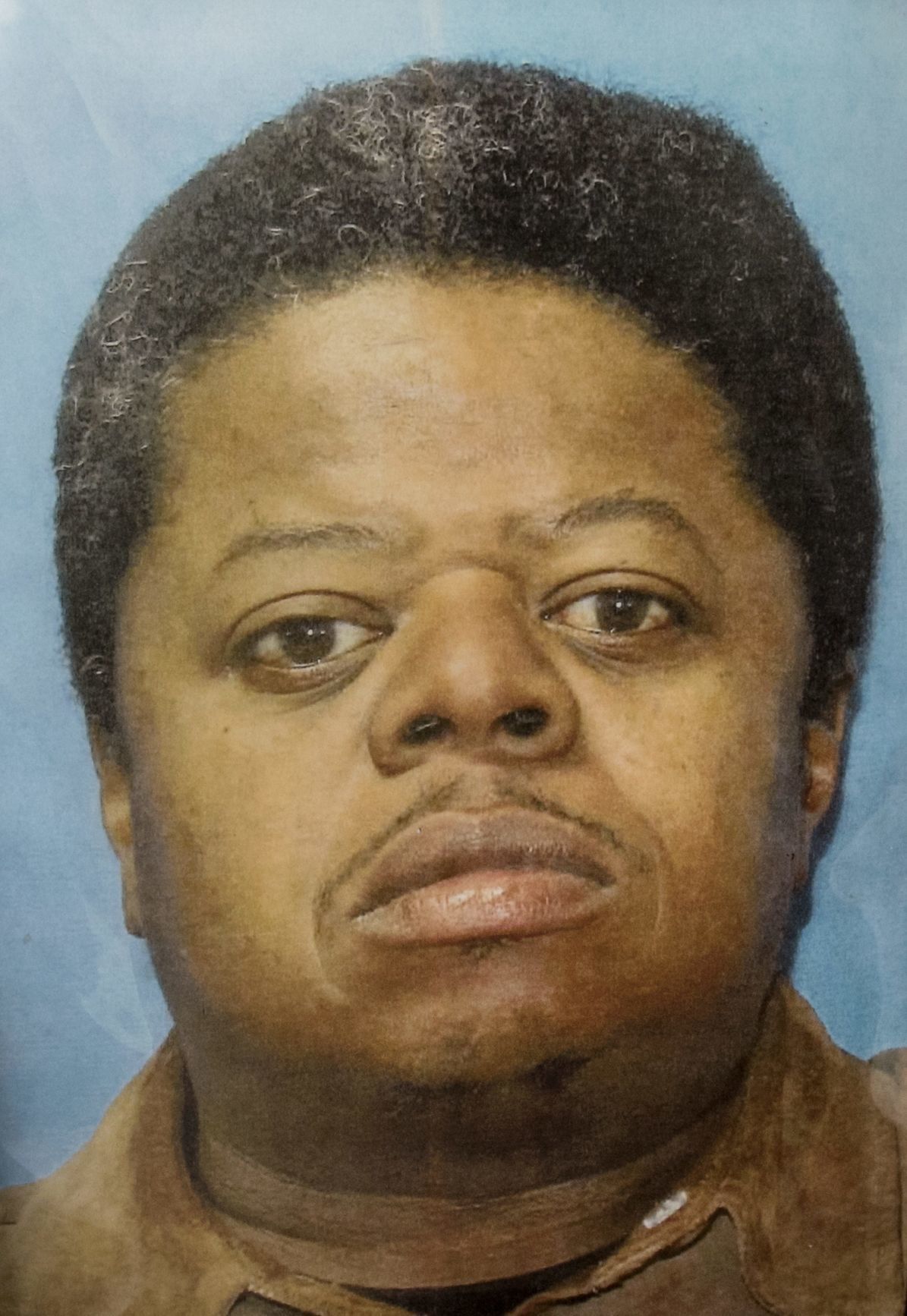 URBANA — Riding in a car with his mother Thursday, Jamonte Hill said being free to move around didn’t feel real.

“I feel like I’m floating on clouds,” he said, less than two hours after he had been acquitted of first-degree murder.

The 27-year-old man had just been released from the Champaign County Jail, where he’d been held for almost four years.

Asked what was next, Hill said he was “going out of state and I’m not coming back.”

“I want to be a good dad. I’ll figure it out from there,” said the father of two 9-year-olds.

Urbana man acquitted in 2017 Champaign shooting: 'Too many questions, not enough answers'

Meantime, family members of Gus Edwards, 53, of Urbana, the man Hill was accused of fatally shooting on Aug. 3, 2017, were struggling to accept a verdict they did not agree with.

“We were all convinced” of Hill’s guilt, Richard Edwards said. “I’m at a loss for words.”

In addition to their dismay at the verdict, Richard Edwards said the family — Mr. Edwards was one of 14 children — is hurt by people they believed were their friends.

“We’ve been dealing with people who said they were family and would not come forward, friends who grew up with us and knew Gus,” he said.

Edwards said the police and the state’s attorney “did a wonderful job.”

“This is a pill that is hard to swallow, but we have to move on,” he said. “Knowing my brother, he would not want us to stop living our lives.”

He and Ronald Edwards said their brother struggled with drug addiction but was not a bad or violent person.

“He had jobs. He was outside the mattress place on Prospect in a gorilla suit,” said Ronald Edwards, smiling at the memory of his 4-foot, 9-inch brother holding signs to lure customers into businesses.

The brothers said they miss visiting Mr. Edwards at the library, where he could often be found reading alone or with his nieces and nephews.

Hill maintained he was wrongly accused of Mr. Edwards’ murder and that he’s one of many people in Champaign County “charged with crimes they didn’t commit.”

He also said he felt “sorry for Mr. Gus’ family because they didn’t get justice because the person that killed him is still out there.”

Hill said he couldn’t believe that now-retired Champaign police Detective Pat Funkhouser tried to identify him as the killer based on the way the shooter pulled up his sagging pants as he got out of the car.

“I had no contact with this man (Funkhouser) for five years. If it wasn’t in a court of law, it would have been laughable,” he said. “But it wasn’t funny because it was my life on the line.”

Hill chose not to testify in his own defense and did not want to answer questions about why his fingerprints and DNA were on and in the car that police believe was used in the shooting.

Besides him being charged with murder, his family has also been personally affected by violence in another way.

Hill’s younger brother survived being shot 22 times in early August in Urbana during what police believe was an attempt by him to rob two brothers of cash and cannabis. The two brothers are awaiting trial.

“I’m going to get a job and do right,” he said, considering a role where he can advocate for youth or counsel others. “I’m great at talking.”

Hill’s mother, Lashanda Britt, said she no longer lives in Champaign, where she grew up and raised her three sons and one daughter as a single mom.

“At first, I blamed myself as a single mother,” Britt said of her sons’ involvement in unsavory activity with people she didn’t know.

“But I went to college and I worked. I did the best I could as far as taking care of my kids,” said the woman with a certificate in criminal justice who has worked in nursing and as a registered behavior therapist.

“They had no positive male role models,” she said.

Britt said Hill’s father was in trouble many years ago as a young man but has turned his life around.

Like many, she is weary of the violence and afraid for her family and others similarly situated.

She went to school with Johanna Cowart-Williams, 42, who was fatally shot by three unidentified men Aug. 3 in her own home in Urbana. Three others were wounded in that unsolved shooting.

“This community is so messed up. We got no leaders,” Britt observed, then added her own advice. “I would tell any Black mother or father to get their kids out of Champaign. There are more opportunities elsewhere. This is like Chicago. I want Black fathers to be more involved with their children.

“I just want them to have hope,” she said.

Retired detective Pat Funkhouser testified that once he saw the surveillance video, he personally recognized Jamonte Hill as the driver and the shooter, having dealt with him for about five years.