As students returned to school last month, Unity High School Resource Officer Kevin Franzen posted this photo on Facebook, with the message: ‘Here we go!! It’s been a challenging 18 months but we are excited to see ALL the students AND have them back for full days again. Wishing everyone a safe and productive year. Go Rockets!!’ 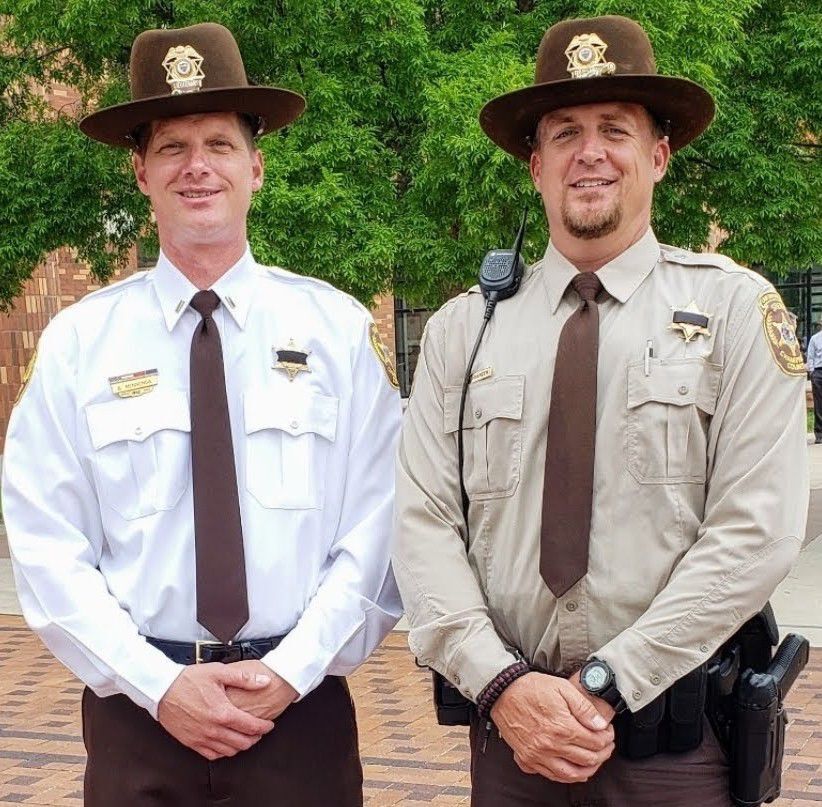 Featured today in Part 13 of “Called to Serve,” a weekly N-G series in which law-enforcement officers share stories about their journey to the job with Editor Jeff D’Alessio: Champaign County Sheriff’s Deputy and Unity High School Resource Officer KEVIN FRANZEN.

Know someone you’d like us to reach out to for an upcoming edition of Called to Serve? We take requests at jdalessio@news-gazette.com.

Law enforcement became a source of interest when I was in grade school. Growing up in northern Champaign County, I had numerous positive interactions with police that left a lifelong impression on me.

My cousin, Gayle Franzen, was the director of the Illinois Department of Corrections. I attended a family reunion, and he showed up with a security detail that sat at the end of the driveway as his personal security. I remember thinking that was the coolest thing ever.

Gayle’s dad, Mike, was a Champaign County deputy who lived a couple miles away from our house, and I always got a thrill driving by his house and seeing that squad car parked in the driveway. Hearing stories of their jobs and involvement in law enforcement was always a source of pride in our family.

As I got older, I still had the desire to work in law enforcement but did not have what I considered to be the maturity and self-confidence I needed to become a successful law-enforcement officer. I attended classes but was not the best student and did not really like school, which is ironic, as I have been a school resource officer for the majority of my career.

I decided to go into sales in an effort to get out of my comfort zone and bolster my confidence.

After working in sales and service for about 10 years, I decided to change course and follow my dream of being in law enforcement. I owe a lot of where I am today to my childhood friend, classmate, co-worker and mentor, Brian Mennenga.

Brian had been with the Champaign County Sheriff’s Office for several years, and I learned a lot from him during conversations and numerous ride-alongs he endured with me.

During these ride-alongs, the camaraderie and brotherhood that I observed with other deputies and area officers left an indelible impression on me. I realized these men and women had a special family bond, and I knew that I wanted to be a part of it. I will always be grateful to Lt. Mennenga for taking me under his wing.

Fast-forward 22 years, and I am nearing the end of my career. I have witnessed many great things my counterparts have done to ensure the safety and security of this county. I have seen the selflessness and danger they put themselves in without hesitation.

I will always be extremely proud to have served my community as a law enforcement officer and call them my brothers and sisters.