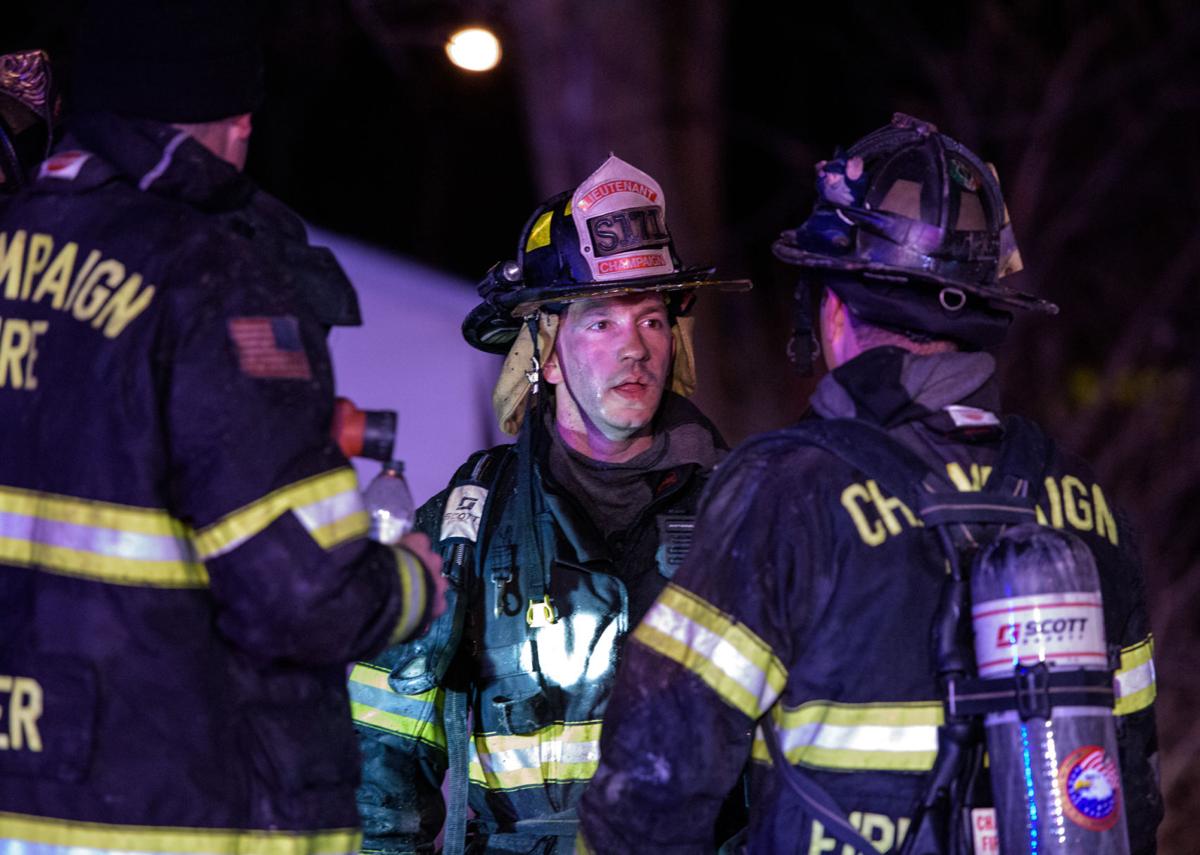 Lt. Jason Rector on the scene of a house fire on Champaign’s Sherwood Court. 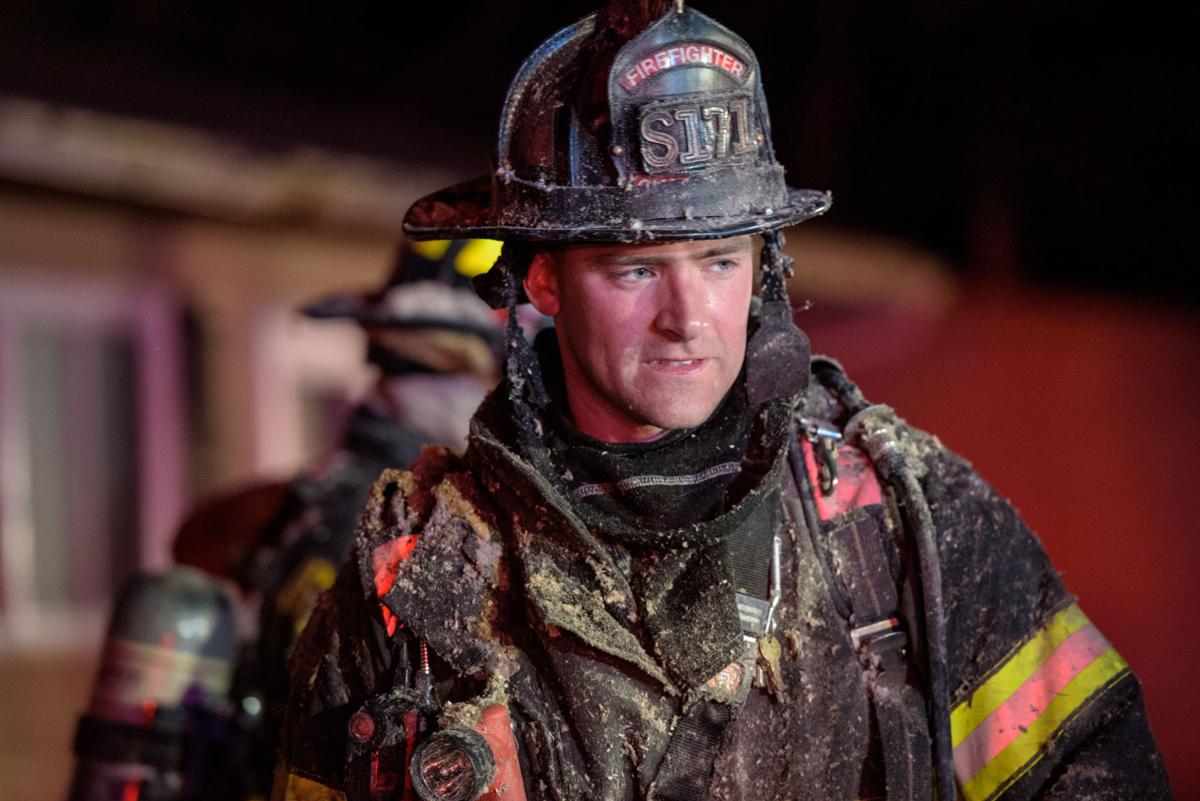 Champaign firefighter Josh Plese on the scene of a house fire on Champaign’s Sherwood Court. 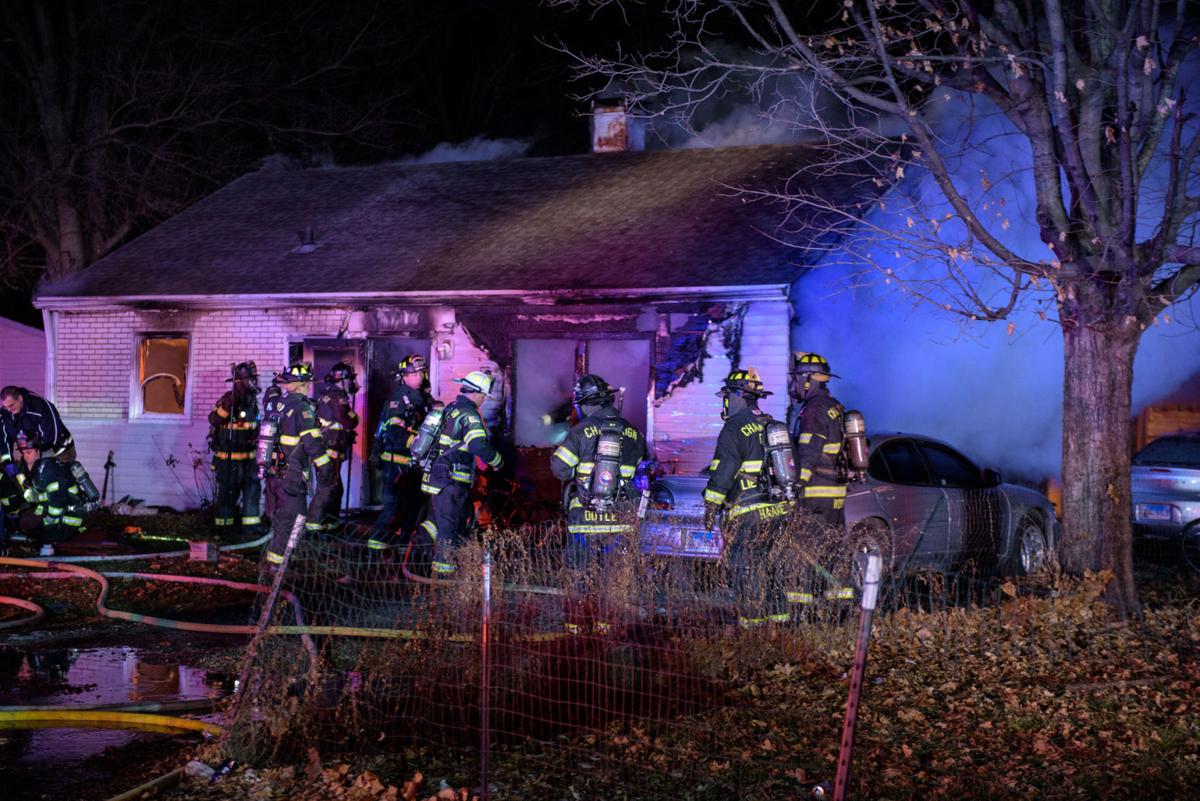 A December 2019 fire at this house on Sherwood Court in Champaign took the lives of two people. 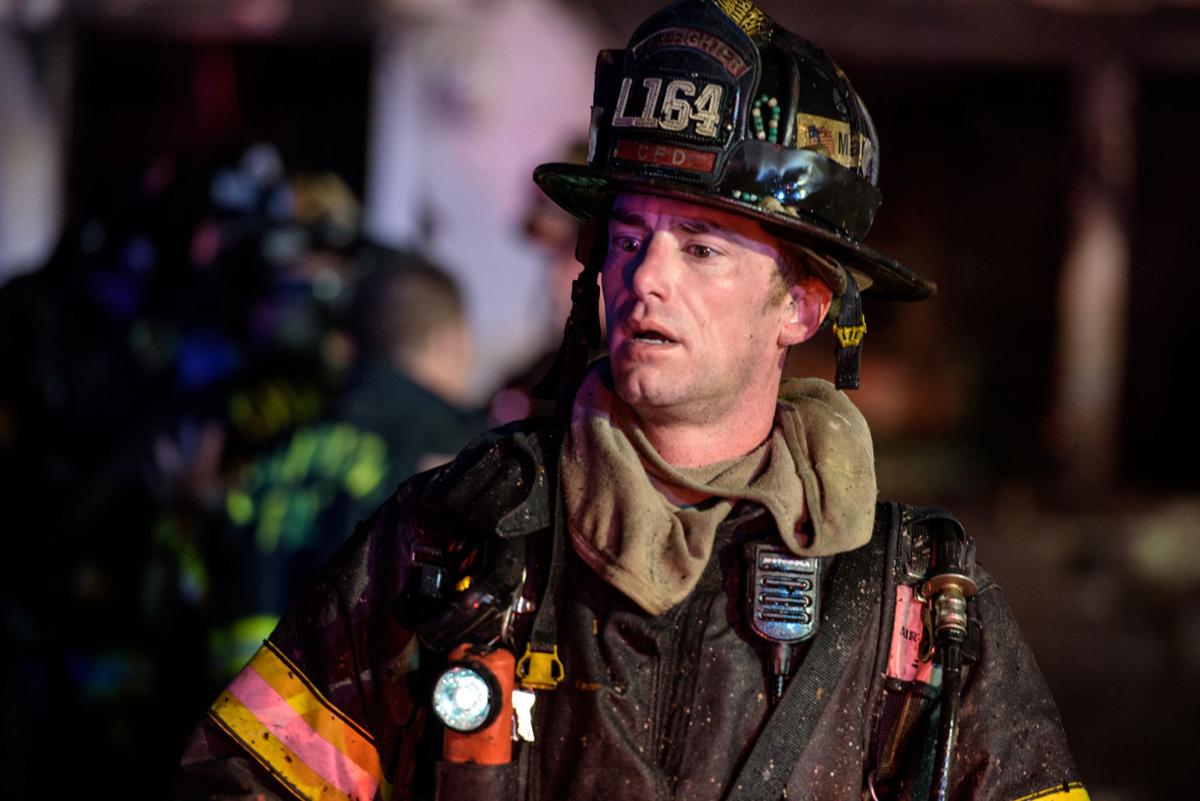 Champaign firefighter Justin Kaiser on the scene of a house fire on Sherwood Court.

Lt. Jason Rector on the scene of a house fire on Champaign’s Sherwood Court.

Champaign firefighter Josh Plese on the scene of a house fire on Champaign’s Sherwood Court.

A December 2019 fire at this house on Sherwood Court in Champaign took the lives of two people.

Champaign firefighter Justin Kaiser on the scene of a house fire on Sherwood Court.

CHAMPAIGN — In a ceremony that was delayed in part by the coronavirus pandemic, the Champaign Fire Department last week honored several firefighters for their efforts at a blaze more than a year ago at a house on Sherwood Court that left two people dead.

In recounting the events, Lt. Jason Rector said Dec. 21, 2019, had been a long day for the firefighters at Station 1.

They had turned in about midnight and were asleep when a call came through about a working fire at the house on Sherwood with multiple children trapped inside.

“To wake up to something like that ... it’s a different feeling, and it’s hard to explain,” he said.

He knew he and fellow firefighter Josh Plese would be among those tasked with doing “primary search” and told Plese to be ready.

“When we got there, probably a third of the house was fully involved,” Rector said. “We knew we had to move quick because that fire was growing at a very fast rate.”

The technique is called “vent, enter, search.” At that time of night, most people are in bed, so the firefighters focused on the bedrooms.

They pretty quickly found one person — a middle-aged woman, unconscious, in the northwest bedroom — and radioed their commander that they would be extracting her out the window.

“At that time, fire conditions were getting a lot worse,” Rector said. “I got on the radio and asked the incident commander, ‘Do we have any confirmation how many victims there are?’”

No more information was available, so Plese and Rector crawled down a hallway under heavy flames in an attempt to find others. At that point, Plese’s equipment malfunctioned, forcing him to leave the building, Chief Gary Ludwig said.

Rector searched another bedroom and a bathroom, where a teenage girl was found, also unconscious. He called for assistance, and firefighter Justin Kaiser entered and helped move the teen outside. A three-person search team was also looking for victims on the other side of the house.

“The story we got was there were four people in there,” Rector said. It turned out one had left to stay the night at a neighbor’s house, and another got out and ran to the neighbor’s to call 911.

Emergency personnel administered CPR and both victims were breathing when ambulances took them to Carle Foundation Hospital. Unfortunately, both later died.

“We definitely gave them a fighting chance, but unfortunately, they didn’t make it,” said Rector, a 12-year veteran of the Champaign department.

Plese, also a 12-year firefighter, including three- and-a-half years in Champaign, said firefighters don’t get too many calls like that one, but their training puts them in position to be ready when it does come.

“We train for this all the time,” he said. “We trained for going in to get victims, to get in and get out,” Plese said. “Thankfully it’s not a high-frequency event, but when the time comes, it’s time to fall back on everything you trained for and go do the job.”

Rector and Plese credited the work of all the firefighters and other emergency personnel present.

For their efforts, Rector and Plese received the department’s second-highest award, the Medal of Valor. Kaiser received the third-highest honor, the Award of Commendation, while Lt. Chip Haake and firefighters Paul Doyle and Tad Worley were awarded citations for searching the other side of the house.

Ludwig said the firefighters worked in heavy-fire conditions and zero visibility, “such thick smoke that you can’t see.”

A thermal-imaging camera aided in locating the victims. Ludwig said firefighters also had to feel their way through the darkness.

“I’m extremely proud of not only these individuals but all the firefighters and employees for what they do everyday,” he said.