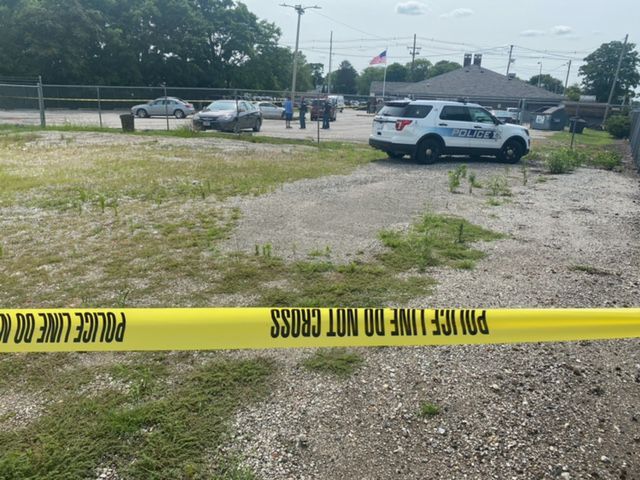 Police investigate a shooting Friday afternoon at a funeral for a gun-violence victim at American Legion Post 559 near downtown Champaign. Story, A-3. 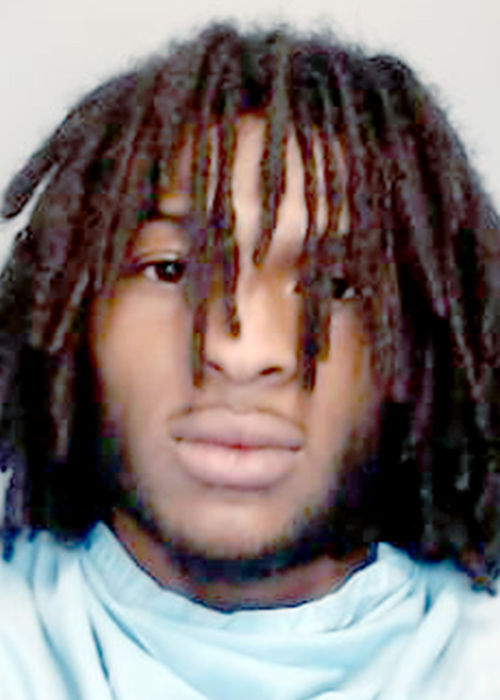 CHAMPAIGN — A Champaign man who was arrested Tuesday in a domestic disturbance at his family’s home in which the family dog was found dead is now facing murder charges in the July fatal shooting of a Champaign teenager at the funeral of another victim of gun violence.

Davucci Craig, 20, was arraigned Thursday afternoon on four counts of first-degree murder and one count of aggravated battery with a firearm in the July 2 death of Kieshaun Thatch, 17, in the parking lot of American Legion Post 559. His bond has been set at $2 million.

State’s Attorney Julia Rietz said on that Friday, Craig allegedly went to the Legion, 704 N. Hickory St., where a gathering was taking place after the funeral of David Dalton, and shot Mr. Thatch numerous times in the parking lot. Mr. Thatch was the nephew of Mr. Dalton.

Police said others present returned fire, with more than 100 bullet casings found at the scene. Four others, including a pregnant woman, were injured. Rietz said police continue to investigate other people responsible for those injuries.

Police located several witnesses to the shooting who identified Craig as the initial gunman who targeted Mr. Thatch. Rietz said police also located a family member of Craig’s who told them that Craig had confessed his involvement to that family member.

If convicted of the charges, Craig faces between 45 and 85 years in prison.

Craig was taken into custody Tuesday after Champaign County sheriff’s deputies were called to his family’s home in northwest Champaign about 9:45 a.m., where they were told he was inside breaking items and had threatened to kill everyone with a gun.

Rietz said police found the house in disarray, with multiple doors damaged, a flat-screen TV and mirror broken and a window knocked out. Neighbors had reportedly seen Craig with a gun.

Deputies were also told the family dog was missing, and later, family members told them the dog had been found dead in a drawer wrapped in a jacket, the apparent victim of suffocation.

In that incident, Craig faces charges of aggravated cruelty to animals and criminal damage to property, both Class 4 felonies that carry a sentence ranging from one to three years in prison.

1 dead, 4 hurt in shooting at funeral for victim of gun violence

Police estimate more than 100 rounds were exchanged in the parking lot of the American Legion Post 559 in Champaign. Kieshawn L. Thatch, 17, was pronounced dead at Carle Foundation Hospital.