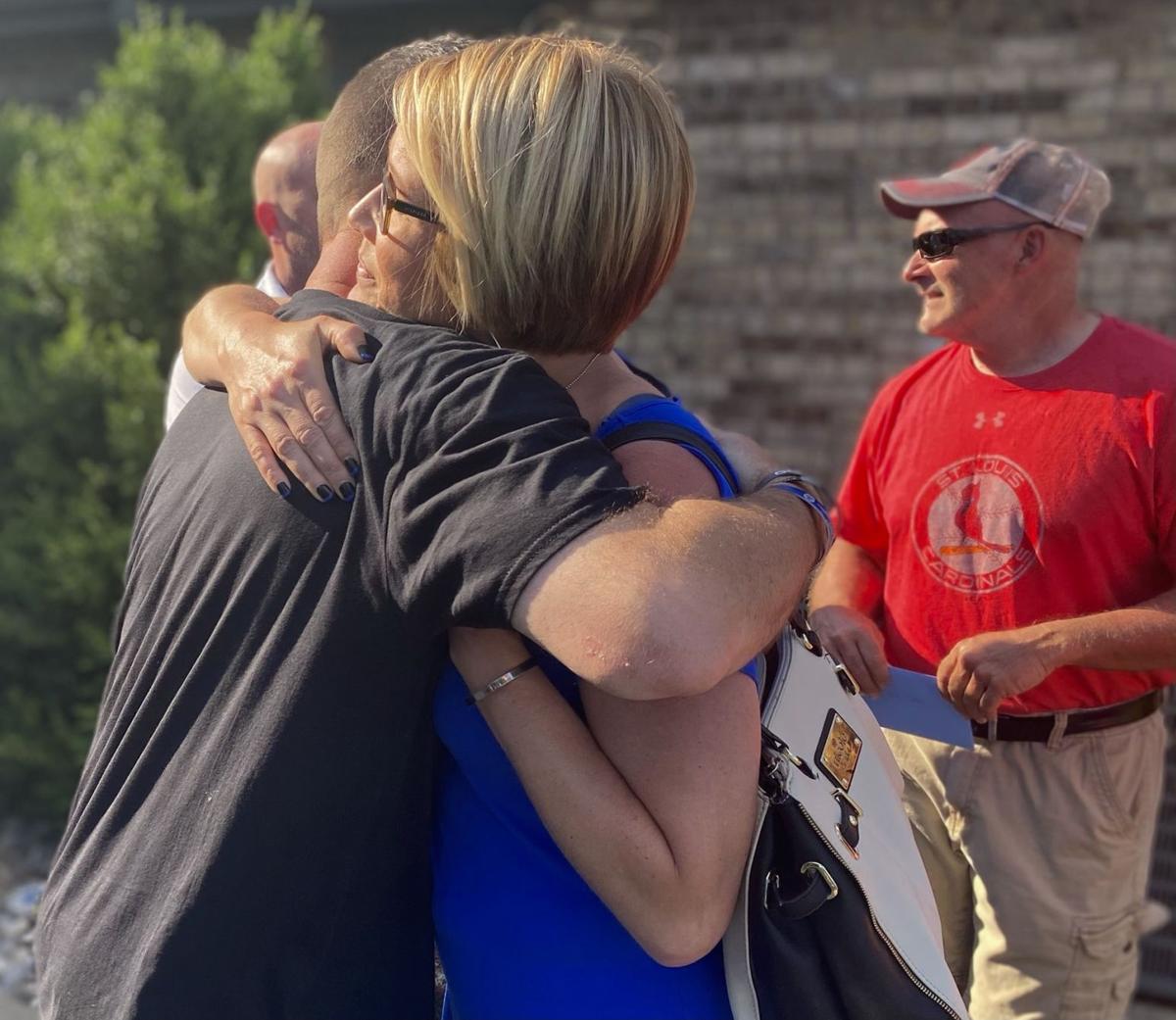 Outside Grace Church in Mahomet, Champaign Police Officer Jeffrey Creel was on the receiving end of a long line of supporters for more than two hours Saturday. 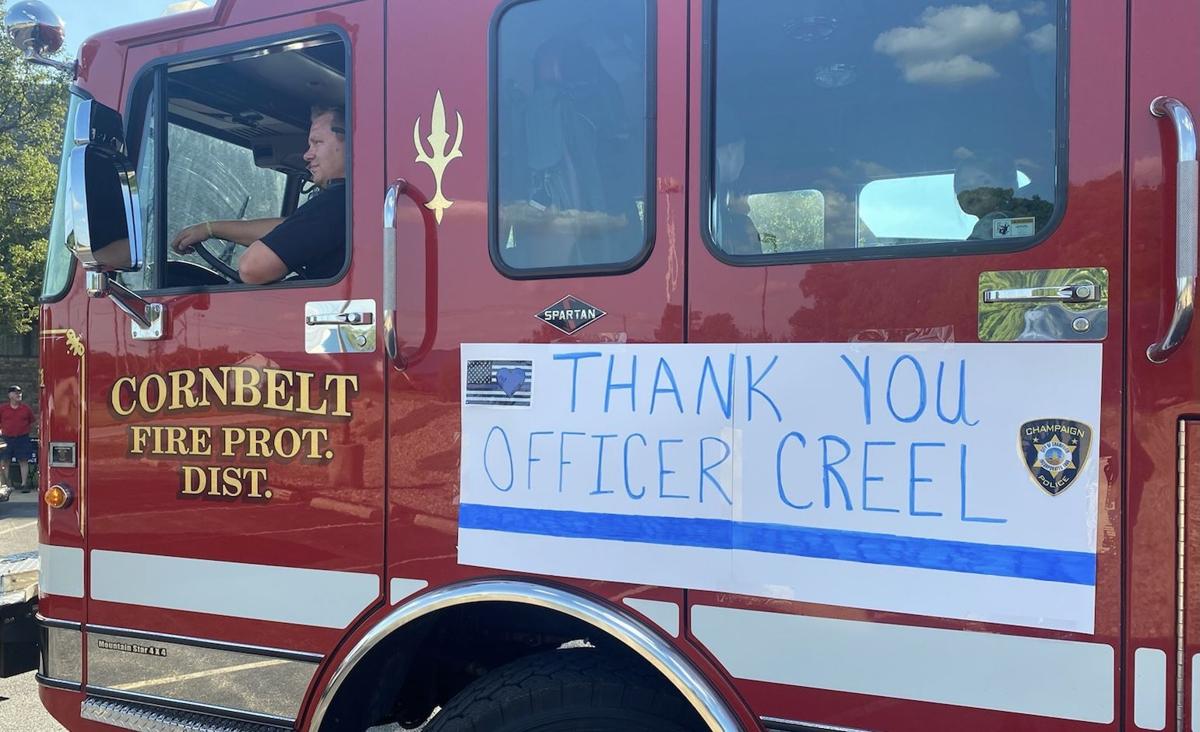 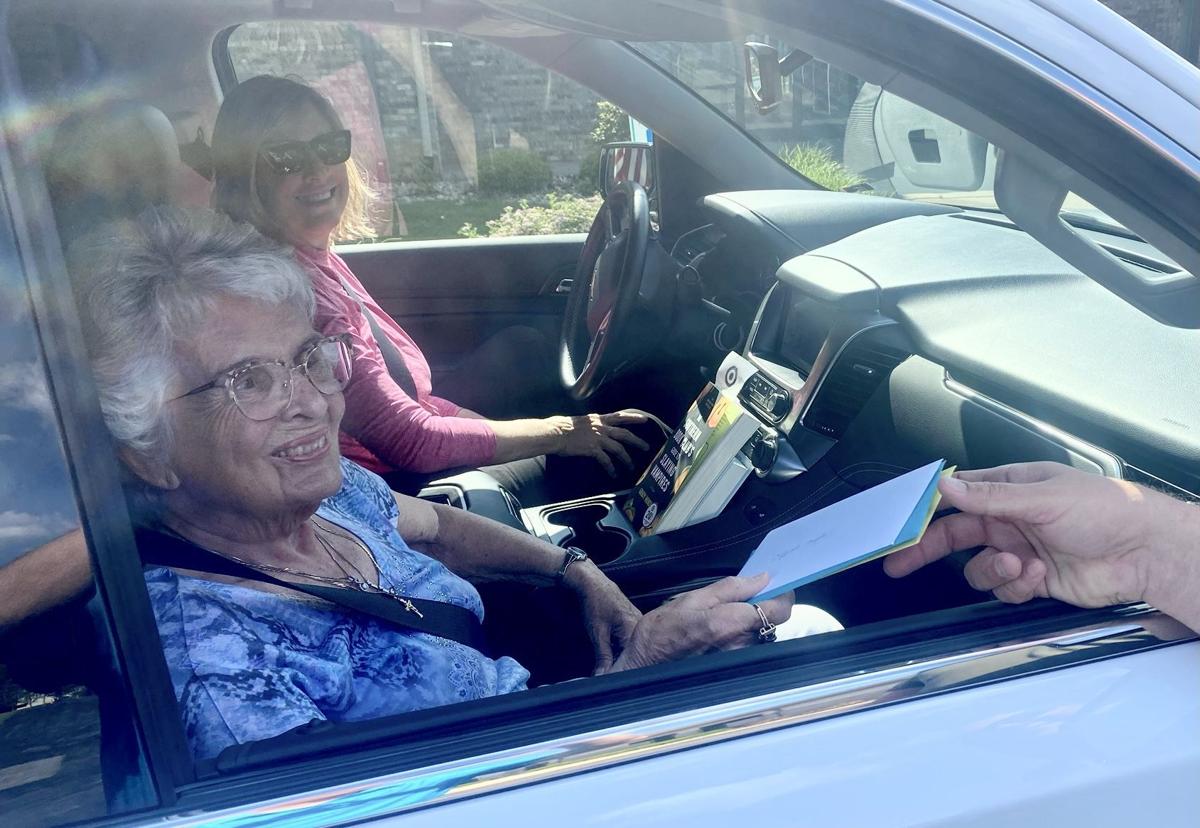 With Linda Irle of Thomasboro at the wheel, Joan Bedel of Champaign drops off a card outside Grace Church in Mahomet. 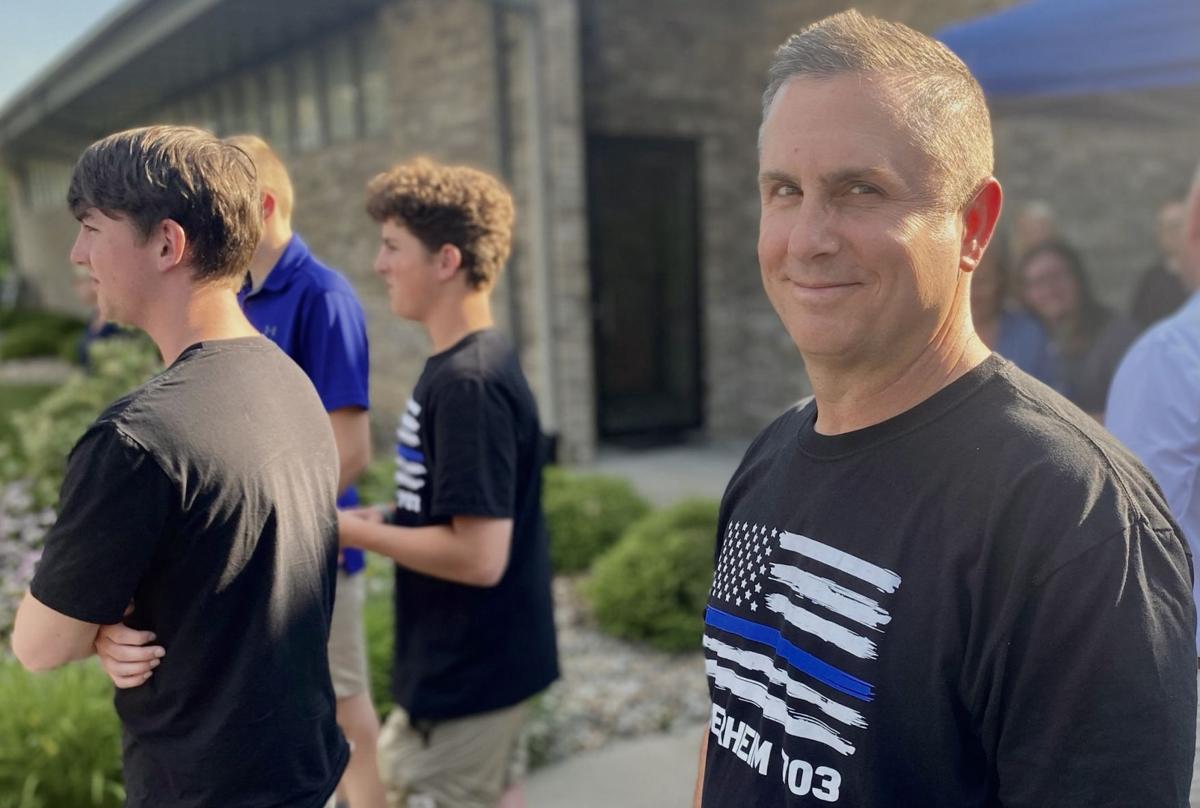 A steady stream of well-wishers dropped off cards and offered words of encouragement to Champaign Police Officer Jeffrey Creel on Saturday outside Grace Church in Mahomet.

An appreciative Creel was joined by his wife and children — each wearing shirts honoring slain Officer Christopher Oberheim.

Creel was shot three times May 19 while responding to a report of a domestic incident at a northwest Champaign apartment complex that claimed the life of Officer Oberheim.

Saturdays’ event was organized by state Sen. Chapin Rose, R-Mahomet, and Back the Blue Champaign County as a way for the community to say thanks to Creel.

The event was set to start at 5:30 p.m., but supporters began arriving 90 minutes early. Hundreds of vehicles — including a procession of law-enforcement agencies from throughout the area — made the loop in front of the church, where Creel and his family welcomed visitors.

While others dropped off cards of encouragment, Jerry Limp brought American flags to Saturday’s reception for wounded Champaign police Officer…

The owners of Wagner Signs and Apparel are churning out yard signs, T-shirts, hats and decals in honor of Officer Chris Oberheim and donating part of the proceeds to a foundation launched by the officer’s widow.