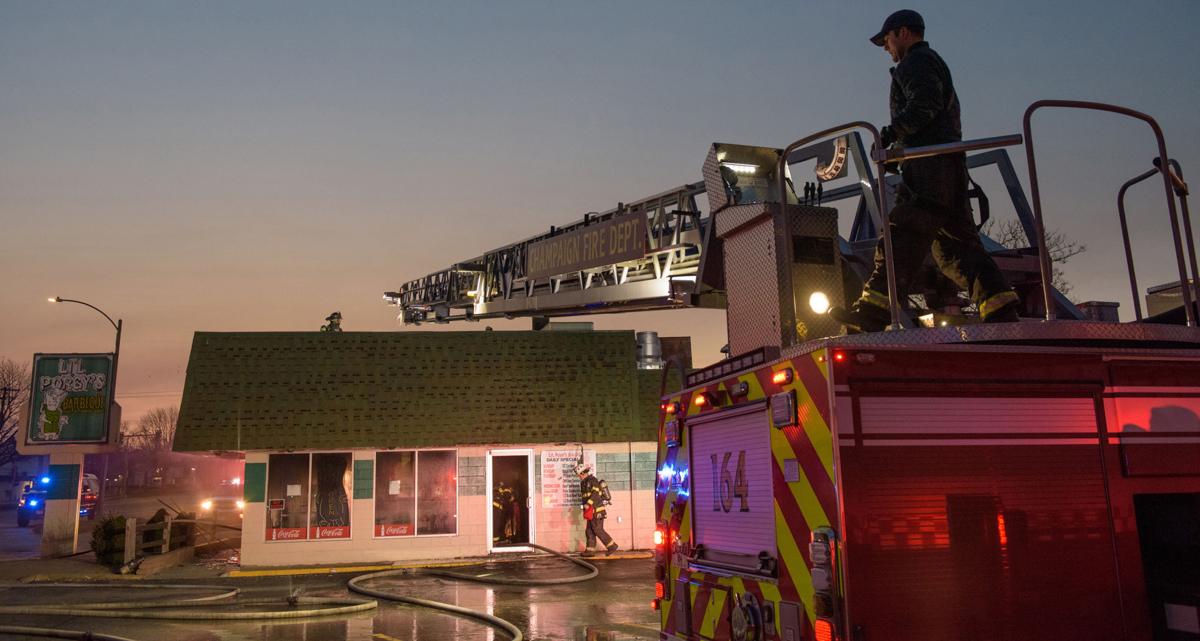 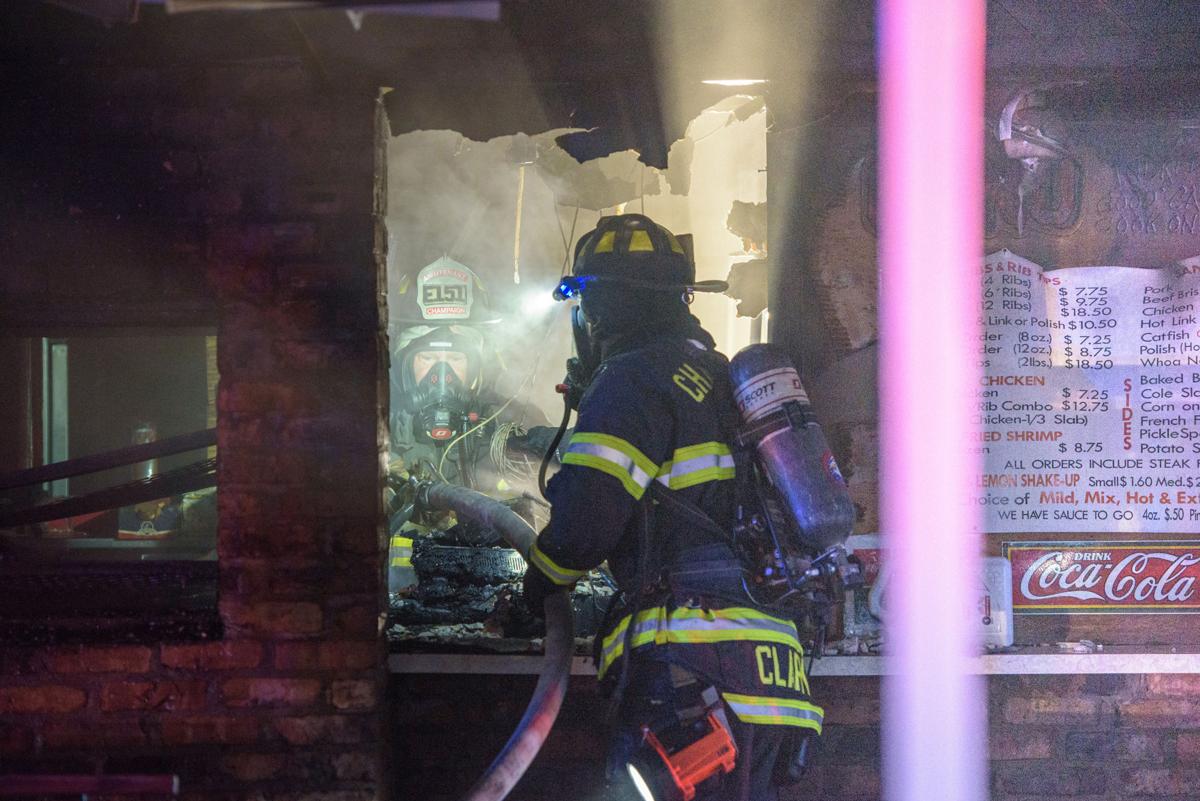 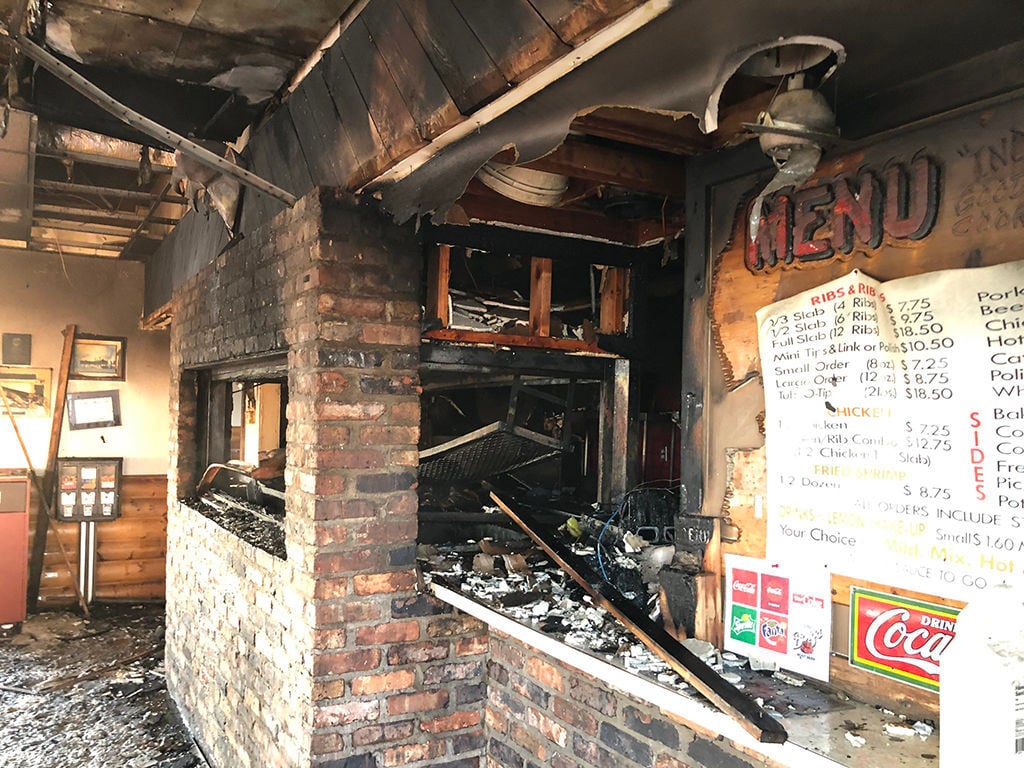 CHAMPAIGN — Two Champaign barbecue restaurants were both forced to close this weekend after fires in the flues of their equipment.

Just before 6 a.m. Saturday, Champaign firefighters were called to Li’l Porgy’s, 1917 W. Springfield Ave., after passersby reported seeing flames both inside the restaurant and coming from the flue of the smoker pit.

Fire department spokesman Randy Smith said firefighters found a fire in the commercial cooking pit that extended to the roof from the exhaust flue. He said even though they got the flames out quickly, there was smoke and fire damage in the kitchen and moderate smoke throughout the business.

That meant the Champaign-Urbana Public Health District had to be notified and will have to inspect the business before it can reopen.

Smith was unable to estimate how long cleanup and repair would take. Firefighters broke out the front windows to vent smoke.

The fire was accidental and mostly contained to the cooking pit, he said. There were employees in the building but no one was hurt.

At 7:22 p.m., a passerby reported flames coming from the roof of the restaurant at 320 N. Chestnut St. in downtown Champaign.

“It was the flue pipe for the smoker,” Smith said of the origin of the flames, which firefighters put out quickly with extinguishers.

Black Dog co-owner Pedro Heller said workers needed time to clean up but said the damage was not very bad. Black Dog was already going to be closed for Easter Sunday and Monday, he said.