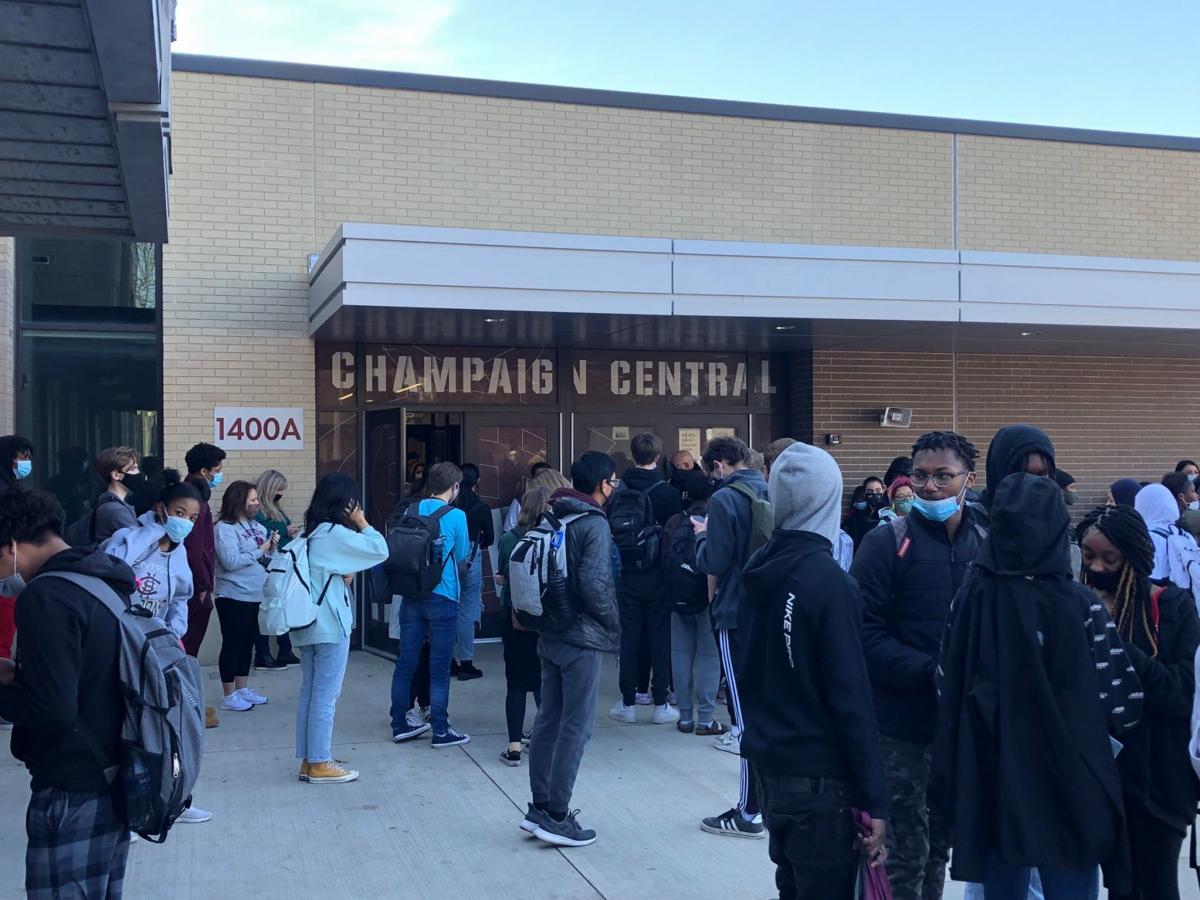 The lockdown of Central High School ended around 1:40 p.m. Friday, and dozens of students walked out of the school’s east doors. 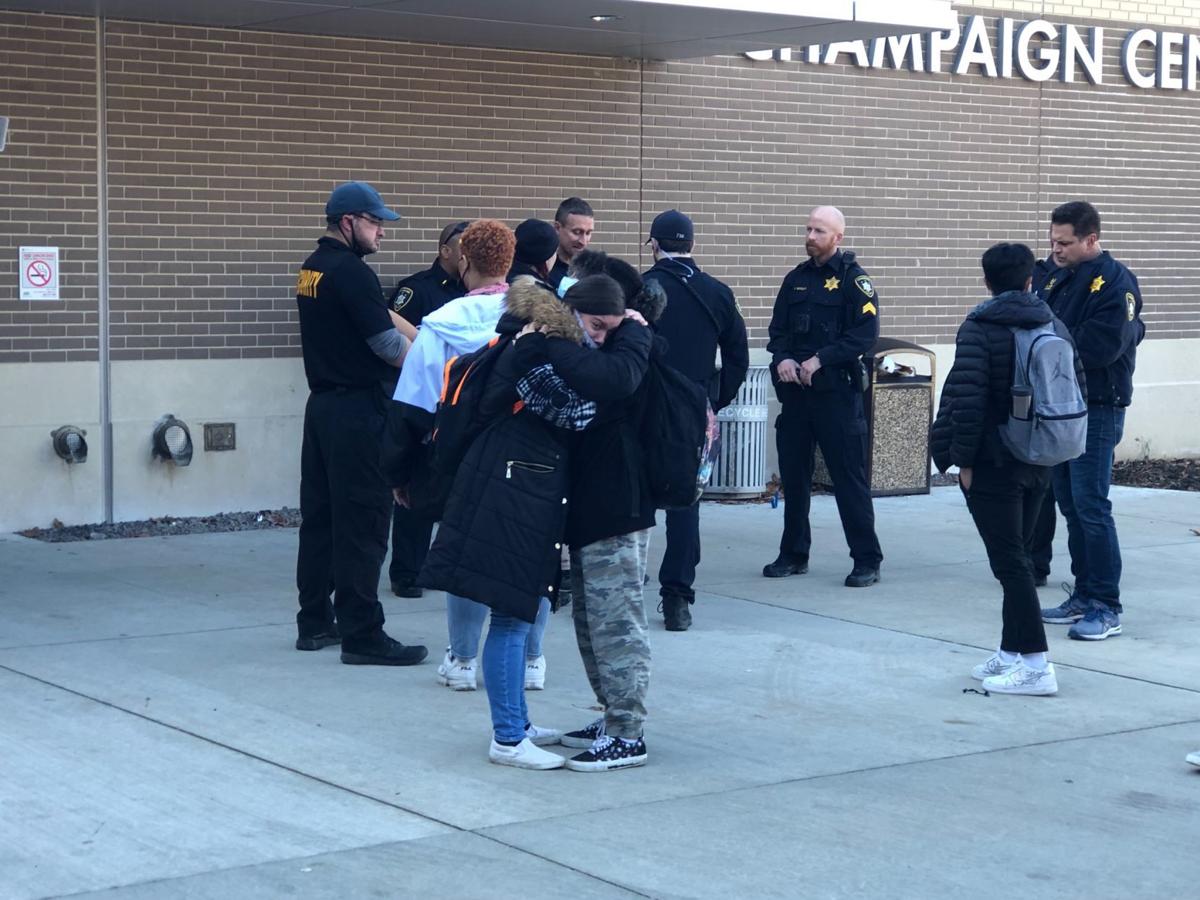 With police presence on site, a pair of students hugs outside of Champaign Central High School on Friday afternoon after a lockdown was lifted following a day of fights and a gun scare. 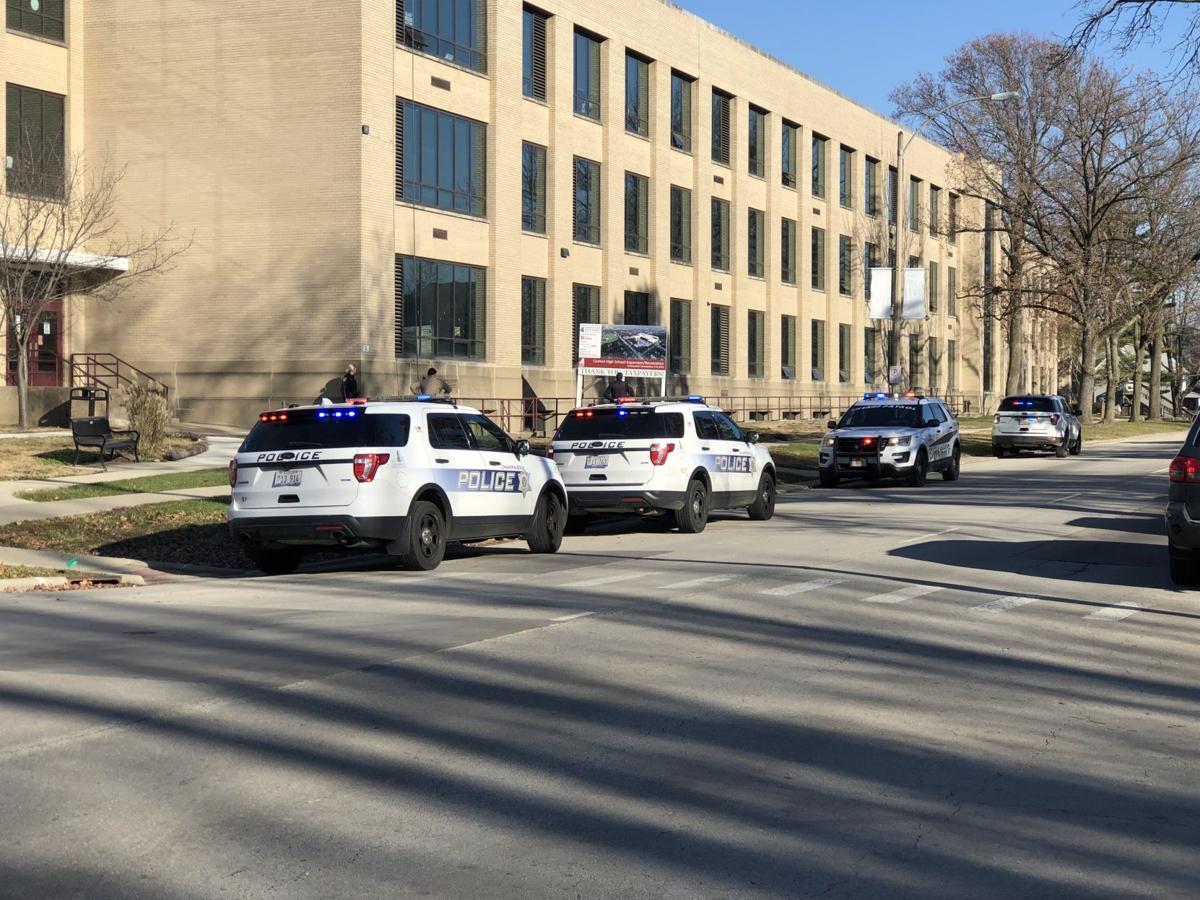 The lockdown of Central High School ended around 1:40 p.m. Friday, and dozens of students walked out of the school’s east doors.

With police presence on site, a pair of students hugs outside of Champaign Central High School on Friday afternoon after a lockdown was lifted following a day of fights and a gun scare.

“We put up like 10 desks in front of the door and two chairs,” he said. “I was scared in the lockdown.”

After several fights and a gun scare at the beginning of the period, Central was put on lockdown for an hour Friday afternoon.

“There were several fights at Central High School this morning. At one point, a very large group of students rushed out of the school and one of them yelled that a gun was involved in the altercation,” district spokeswoman Stacey Moore wrote in an email to families. “At that point, 911 was called and the school was placed on a lockdown.”

Moore said there was no evidence at this time to “confirm a weapon was involved or fired during this incident.”

Law-enforcement officers from the Champaign and University of Illinois police departments and Champaign County Sheriff’s Office arrived at Central and walked through the hallways and “non-locked areas” such as restrooms, Principal Joe Williams said.

“Some students who were already outside the building remained across the street,” Williams wrote to families. “The second phase of the clearance involved ensuring all students and staff who were in locked classrooms were safe. Finally, any locked rooms that did not have any students or staff were checked.”

Students who exited after the lockdown described a day of frequent, sometimes-brutal fights that happened between class periods and before the school day started.

Multiple students witnessed a fight where blood was drawn, and several heard of Mace being used in at least one altercation.

“A security guard came into my culinary room and said, ‘Do you have milk, because people got Maced,’” said sophomore Xavia Kennedy.

Around the beginning of sixth period, which begins at 12:40 p.m., several students heard someone call out “gun,” and a rush began — with some heading to classrooms while many hurried out of the building.

Sixth hour is open lunch for some students, so many were in the hallways.

“Everyone was running outside after someone yelled out ‘gun,’” sophomore Avery Hall said. “They were falling to the ground because there were people rushing out the door since there’s one hallway that leads to the main door.”

Inside the school, students and teachers began lockdown procedures, which seemed to vary room to room. Some blocked the doors and turned off the lights while others just locked the classrooms.

Initially, students weren’t told the reason for the lockdown, though several assumed it was because of a gun threat.

Rumors began to swirl and classmates pinged pictures and videos of police and fights between themselves until the first email arrived about a half-hour in.

Police visited classrooms and checked in on the students and teachers.

The lockdown ended around 1:40 p.m., after which dozens of students walked out of the doors facing Lynn Street.

Some who were separated inside and outside of the school or locked in different classrooms hugged each other outside.

By 1:45 p.m., many students were outside making phone calls or leaving for the day. Parents began to arrive soon after. School officials urged students to decide whether to go back to finish the day or leave. Once the lockdown was lifted, many students weren’t up to finishing their last two class periods.

“I just want to go home,” Kennedy said. “I don’t want to go take a math test after this.”

Mahomet Police Chief Mike Metzler said after spending all day Friday looking into it, police do not believe that the youth on whose account the post was made actually was responsible.