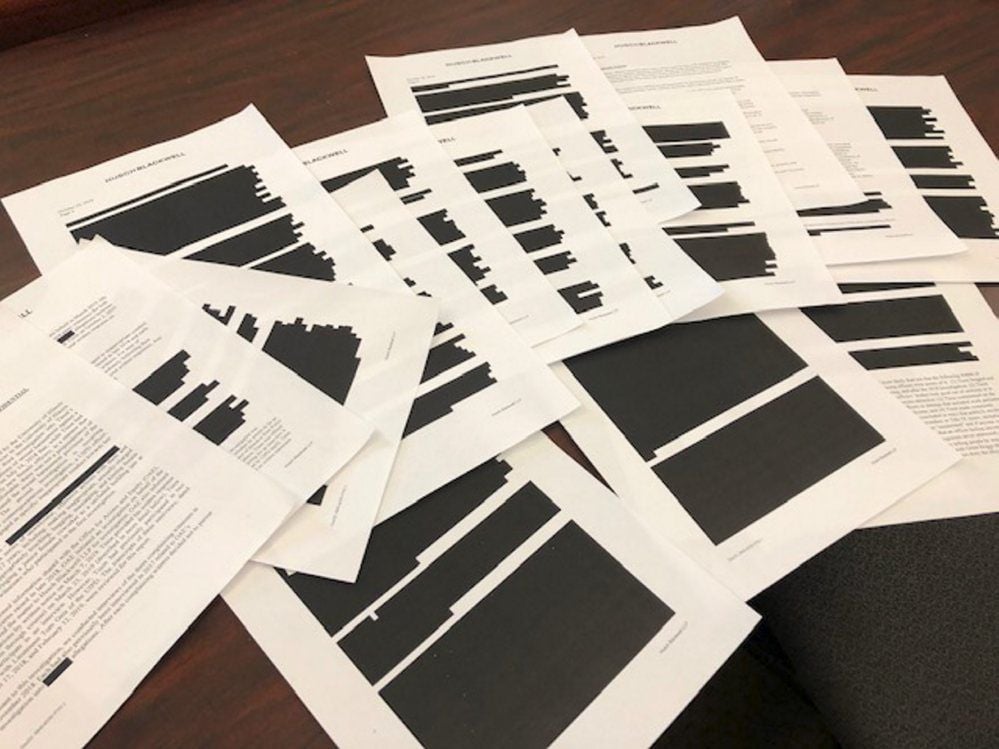 Heavily redacted documents supplied to The News-Gazette by the University of Illinois in response to a Freedom of Information Act request regarding the investigation of UI police Officer Brian Tison, accused of sexual harassment by co-workers. 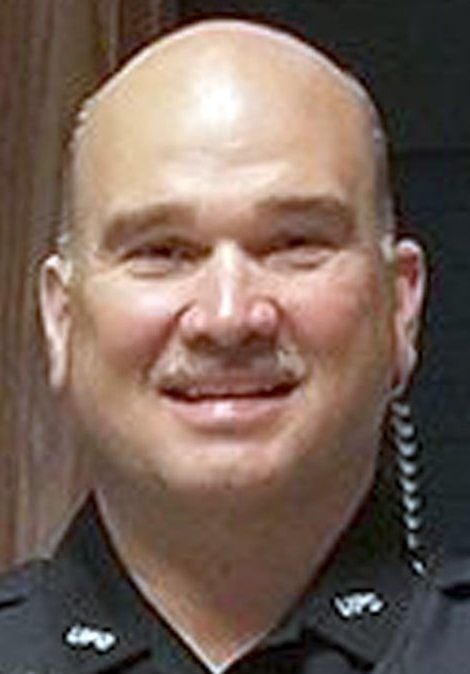 URBANA — A veteran University of Illinois police officer accused of sexual harassment by co-workers has been off the state payroll for seven weeks following his “suspension notice pending discharge.”

The Dec. 20 notice was served to Brian Tison via certified mail less than two months after an outside lawyer hired by the UI recommended that “significant employment action” be taken against the former field-training, crisis-intervention and SWAT officer who had earlier been put on notice that his physical interactions with co-workers were not acceptable.

Contacted Friday by The News-Gazette, Tison, 51, said he couldn’t comment.

“I can’t say anything about anything. I’m not allowed by the department and it’s not anywhere near to being done,” said Tison, who has 27 years of experience as a police officer — four years with the Vermilion County Sheriff’s Department and 23 years with the UI.

UI police spokesman Pat Wade’s response seemed to agree with Tison’s that the matter has not yet been settled.

“We are obligated by university policy and the collective bargaining agreement to follow a prescribed process related to discharge, and that is what we are following,” Wade said. “That’s all I’m able to provide for now as this is an ongoing personnel issue.”

Tison’s attorney, William Jarvis of the Fraternal Order of Police Council in Springfield, said he couldn’t answer questions because “the matter is still being resolved.”

Using the Freedom of Information Act, The News-Gazette obtained a summary of an investigation done by Chicago lawyer Peter Land of the firm Husch Blackwell into allegations made against Tison by three female UI police officers.

The investigation was the third into Tison’s conduct in two years. Others were done by the University Office for Access and Equity, beginning in 2017.

The UI initiated the Husch Blackwell investigation after the three women decided not to pursue individual complaints, Land explained in his summary.

The documents provided to The News-Gazette were heavily redacted so as not to identify the women or reveal specifics of their interviews with Land. Also redacted were Tison’s responses to the allegations, provided in writing through his attorney.

Tison declined to be interviewed by Land, who said he reviewed transcripts of two interviews that Tison did with a UI police lieutenant in December 2018 and February 2019.

Of 33 pages provided through the FOIA request, parts or all of 31 pages were blacked out. Tison was given a copy of Land’s report in early October.

“In the instant investigation, three women, (names redacted), have alleged that Tison engaged in a series of unwelcome, offensive actions with them and others over a period of as long as 17 years, including: making inappropriate, sexually-charged comments to female recruits; inappropriately touching, hugging, massaging, and kissing female recruits and female officers; bringing a junior female coworker to a secluded building late at night; and retaliating against witnesses who participated in the first investigation.”

Tison was hired by UI police in April 1996. His wife is also a UI police officer.

Land concluded that it was “more likely than not” that: Tison hugged and rubbed female officers’ shoulders before, during and after the 2018 investigation; that he made flirtatious comments about how female officers’ bodies look good out of uniform or in dresses and that he found certain women’s hairstyles attractive; that he made comments on the bodies and appearances of the wives of male officers in settings in which the men and their wives found the comments unwelcome; and that after the 2018 investigation, he “publicly mocked” the female officers’ complaints about sexual misconduct, saying he had been “exonerated.”

Land found that Tison’s conduct created a “hostile environment” for only one of the three women and therefore he was guilty of violating the UI’s sexual-misconduct policy only as to her.

“I find that Tison’s conduct toward (name redacted) perpetuated a level of anxiety for (redacted) that she would be faced with unwelcome ongoing attempts by Tison to touch her and interact with her in sexually-charged or gender-based ways that started while she was a trainee in (redacted) and continued until 2017,” he wrote.

However, Land found that Tison had violated the UI’s code of conduct as to all three women based on behavior and verbal interactions with many female officers between about 2011 and 2019.

“There is no professional standard that would excuse the following: 1) seeking to groom a romantic relationship with (redacted) as a trainee with multiple examples of comments and physical touching and efforts to be alone with (redacted) in circumstances that involved attempts at romantic overtures ... followed by multiple years of unwanted shoulder rubs when outside the presence of others but at work; 2) ogling and seeking to hug (redacted) and rub her shoulders after commenting about her body size as a trainee; and 3) creation of a work environment in which multiple female officers had legitimate concern of ongoing sexual or gender-based behavior of a similar nature,” he wrote.

“Given the nature of Tison’s conduct and the fact policy violations continued after the 2018 investigation concluded with findings that Tison’s behavior toward women was problematic, I recommend that significant employment action be taken.”