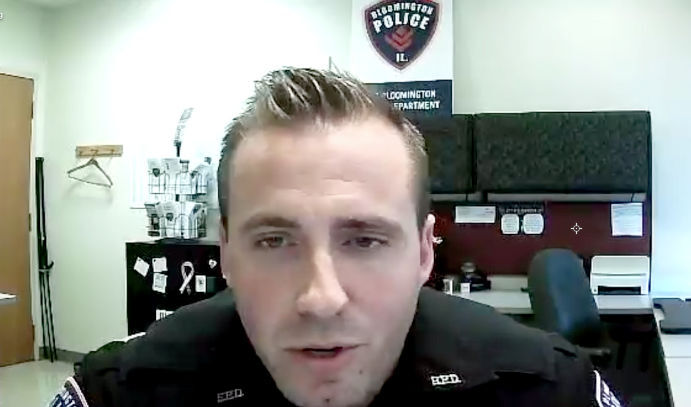 Bloomington Police Department spokesman John Fermon speaks during an online press conference regarding the identification of a body found Sept. 4 near Peru as that of Jelani Day, 25, of Danville. 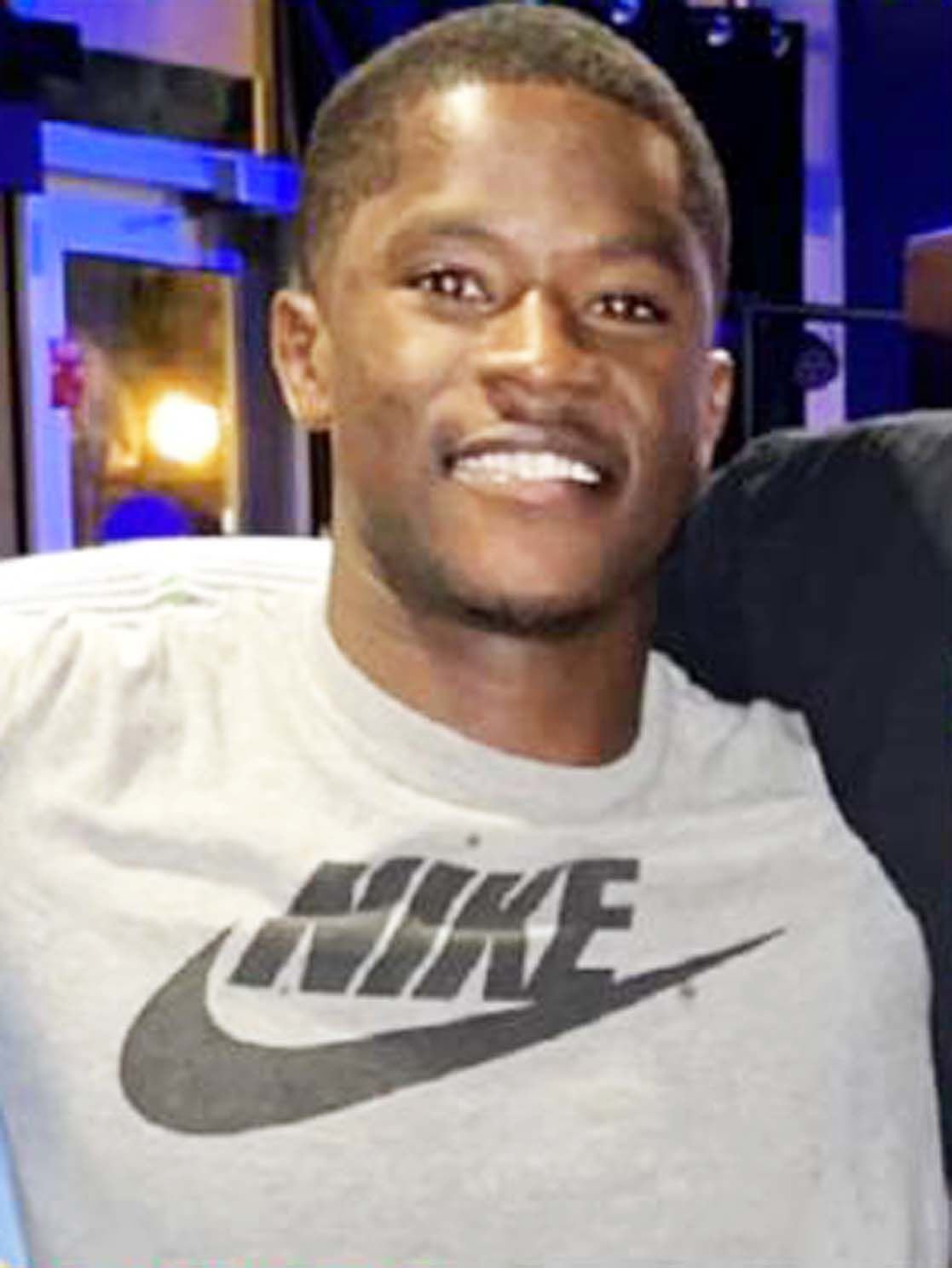 OTTAWA — Bloomington Police Department spokesman John Fermon said Thursday afternoon that the investigation of the Jelani Day missing-person case did not slow down after a body that was identified today as Mr. Day was found Sept. 4 along the Illinois River near Peru.

“That didn’t stop because a body was found,” Fermon said.

He said Bloomington and Peru police, the LaSalle County Sheriff’s Office and Illinois State Police have continued to investigate, with the FBI joining the investigation a couple weeks ago.

Fermon said said most of the details of the investigation can’t be released because the case is ongoing.

In most missing-person cases, he said, an investigation is not launched until 10 days after a person is reported missing. But Day’s case was out of the ordinary. His mother, Carmen Bolden Day, said her son called her at least once a day, but he failed to call her Aug. 24 or 25.

“It was just so unusual and somewhat suspicious,” Fermon said. “This is not normally how missing-persons (cases) go.”

He said “time will tell” whether the case is a homicide, noting the LaSalle County Coroner’s Office has more information on the condition of the body.

Mr. Day was last seen on camera Aug. 24 going into a store in Bloomington. His vehicle was found Aug. 26 in a wooded area near Peru. His mother said she was told her son’s billfold was found on the street. A witness told police a person was seen dropping the billfold.

Some questioned why there was not more public scrutiny regarding the case of Day, a Black man, compared to the national attention for Gabby Petito, a 22-year-old White woman from Florida who disappeared while on a cross-country trip with her boyfriend and whose remains were recently found in Wyoming.

The Day case changed within the past week, and Fermon said he welcomed the additional publicity.

“We got 50-something (news outlets) across America talking about this case,” he said. “A lot of our high-risk missing persons in the city don’t get the attention they deserve, either. There is one teenage girl in the Chicago area, a 16-year-old who might be in Guatemala. We’ll take the criticism. Part of our job isn’t to release all the details.

“From the get go, it got a decent amount of media attention," he said. "The story has taken off more the last few days.”

Fermon said Mr. Day, an Illinois State University graduate student who was studying to be a speech pathologist, was a beloved person, as evidenced by the large number of people who volunteered to help with the search.

“Jelani was a great person and had so many friends. People were reaching out to help. People who touch others in a personal way ... kind of get that reaction,” he said. “We have had people driving out of their way a couple hours to search or email” offering to help however they could.

“I think the coroner up there said the state police crime lab ... there is a backlog up there," Fermon said. "I think they ran out of a testing agent. I’m hearing that third party."

He said the department's cybercrimes unit was actively involved in the investigation.

OTTAWA — A body discovered Sept. 4 along the Illinois River near Peru has been identified as Jelani Day, 25, of Danville.

LaSalle County Coroner Rich Ploch said the cause of death is unknown. He said further investigation and toxicology tests will be conducted.

Mr. Day, a student at Illinois State University, was reported missing Aug. 25. Family members had said they had last spoken with him in the evening hours of Aug. 23. He was last seen at the ISU campus Aug. 24.

His vehicle was located Aug. 26 in a wooded area near Peru.

Several police, fire and rescue agencies conducted a search in the LaSalle-Peru area in an attempt to find Jelanie “JJ” Day, 25 of Danville, who has been reported missing.