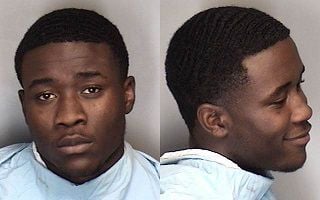 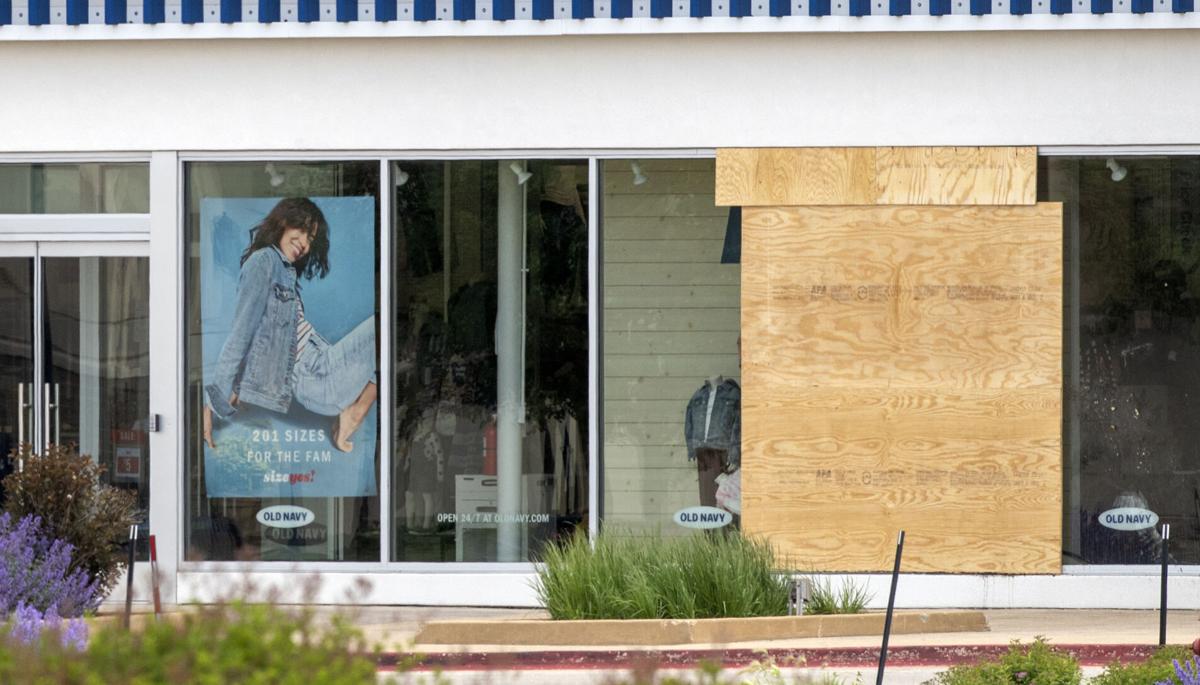 A window at Old Navy at Market Place Mall was boarded up Monday, June 1, 2020, after looting the day before.

URBANA — Authorities have arrested an Urbana man under investigation for allegedly inciting a riot at Market Place Mall on Sunday that spilled over into other parts of town and continued for at least nine hours.

Federal prosecutors filed a criminal complaint Friday against Shamar Betts, 19, accusing him of using a Facebook post to incite a riot.

A warrant had been issued Monday for the arrest of Betts after State’s Attorney Julia Rietz charged him with burglary to the Old Navy store at Market Place Mall in Champaign.

Judge Roger Webber set bond at $100,000 after hearing that police had video showing that Betts allegedly left the store with an armload of merchandise. To obtain the warrant, Rietz also presented Webber with information that Betts may have been the author of a Facebook post in which he urged people to converge on the mall at 3 p.m. for a “riot.”

“I’m just the messenger. We’re literally sitting on our (expletive) watching the whole country and even others fight for our black rights. Y’all think we don’t suffer through inequality here EVERYDAY. We gotta put Champaign/Urbana on the map … let’s get busy Justice for George,” the message read in part. “Bring friends & family, posters, bricks, bookbags etc. After the mall we hitting the whole PROSPECT & NEIL.”

This post from the user “Shamar Bett’s” was later deleted, federal prosecutors said, but was followed by another that allegedly said, “They tryna portray me to be some type of monster yet I’m a (expletive) hero.”

The looting that followed left some 50 businesses damaged and 27 people taken into custody. The following day, 26 were charged with crimes related to looting and damage.

During the looting, Betts allegedly posted a Facebook Live video bragging about starting the riot, according to an affidavit written by FBI special agent Andrew Huckstadt filed with the federal complaint. “Look what a (expletive) just started,” he allegedly said.

Betts, whose last known address was in the 800 block of East Oakland Avenue, Urbana, was found Friday morning in Mississippi by the U.S. Marshals Service.

He will make his initial appearance in federal court in Mississippi at a later date, the U.S. Attorney’s office said.

Meantime, police said the investigation into whether he organized the looting and disorder continues.

On Thursday, John Milhiser, the U.S. Attorney for the Central District, announced the arrest Wednesday of a Peoria man who allegedly used the internet to incite rioting in that city that began Sunday and continued Monday.

Authorities used Facebook Live videos to build their criminal complaint against Ca’Quintez Gibson, 26, who allegedly asked followers in an afternoon post if they were willing to let “little ole Champaign out do us?”

Peoria police reported 27 businesses that had been burgled, about 14 reports of damaged property and several arsons.

Conviction of inciting a riot in federal court carries a penalty of up to five years in prison and a fine up to $250,000.

In state court, burglary is a Class 2 felony, with penalties ranging from probation to three to seven years in prison.