URBANA — A man shot and killed in Urbana early Sunday has been identified as Adrian Watson Jr., 20, of Danville, according to Champaign County Coroner Duane Northrup.

An 18-year-old Champaign man has been arrested for first-degree murder and home invasion in connection with the death.

Urbana police announced Sunday that Amahrion Lee was arrested for the shooting of an unidentified man in the 1000 block of South Smith Road, where police were called at 7:08 a.m.

When they arrived, they found the victim had been shot multiple times. He died later Sunday at Carle Foundation Hospital. 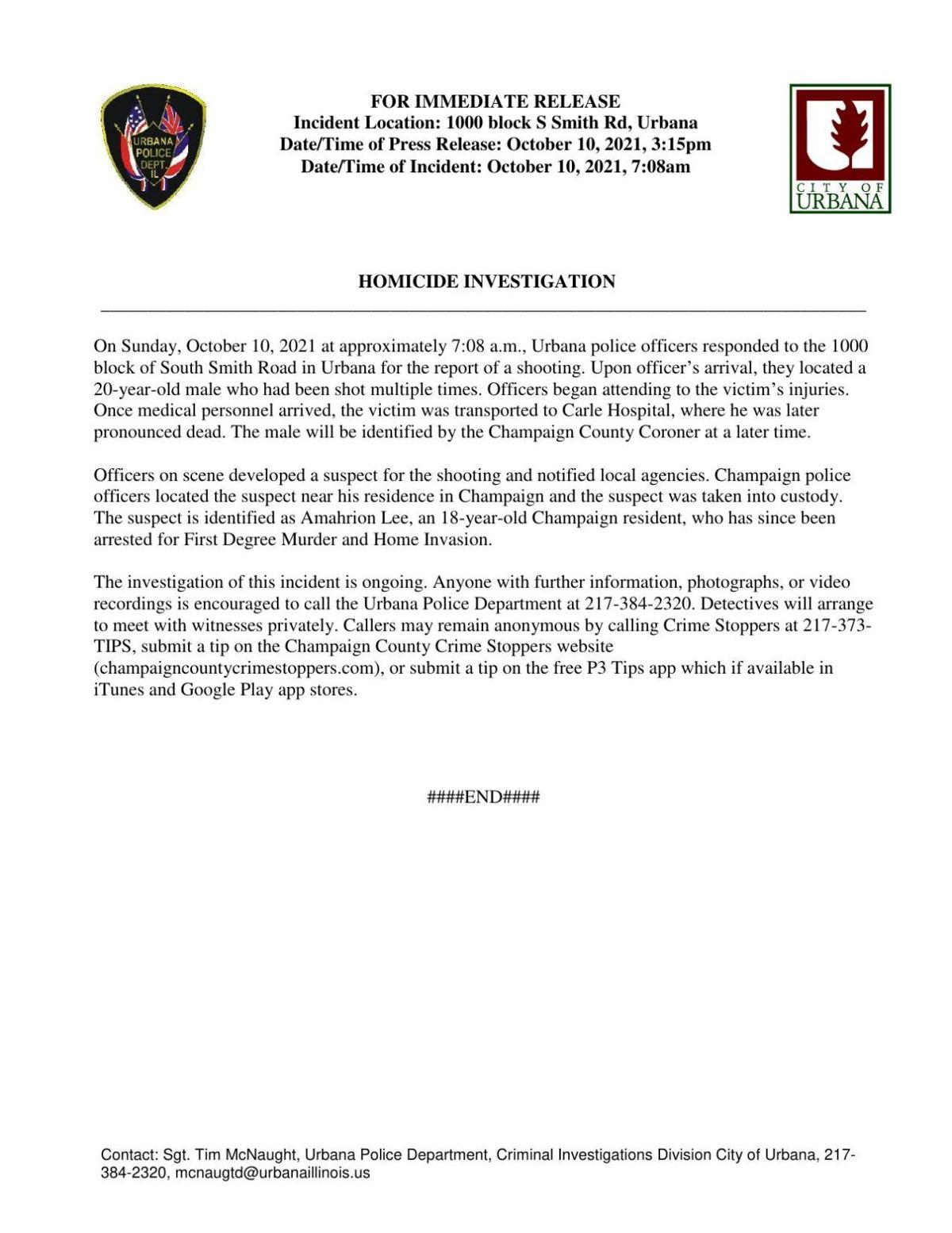 "Officers on scene developed a suspect for the shooting and notified local agencies," Urbana police said of Lee. "Champaign police officers located the suspect near his residence in Champaign and the suspect was taken into custody."

The investigation is ongoing, authorities said. They asked that anyone with further information, photographs or video recordings call the Urbana Police Department at 217-384-2320.

Those wishing to remain anonymous are urged to contact Champaign County Crime Stoppers at 217-373-8477, 373tips.com or via the free “P3 Tips” mobile app.