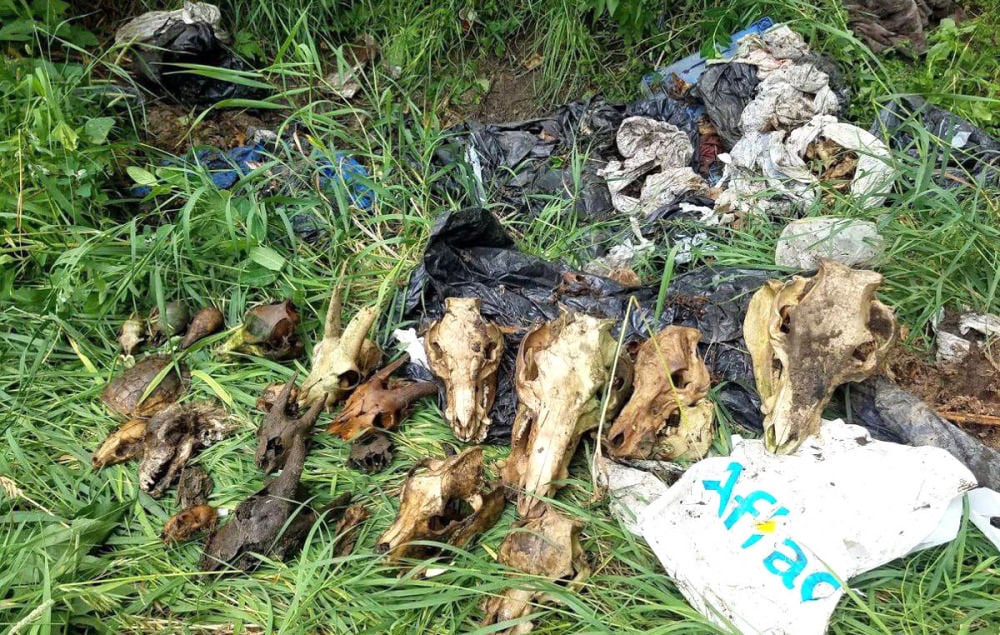 The scene at the now-dissolved nonprofit Earth Advocates, also known as the Earth Animal Sanctuary, in June 2019 in Thawville. 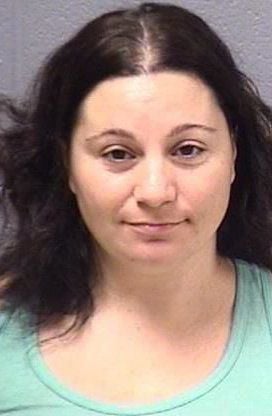 THAWVILLE — Last summer’s discovery of hundreds of animal carcasses in shallow graves at a Thawville-based nonprofit animal sanctuary has led to its founder being charged with aggravated animal cruelty.

According to the Will County Sheriff’s Office, DiLorenzo was arrested on an Iroquois County warrant on Dec. 24 and was released after posting 10 percent of her $10,000 bond. Her first court appearance is set for 9:30 a.m. Jan. 23.

An online petition demanding DiLorenzo be criminally charged was launched last summer, after the carcasses of hundreds of animals that had been rescued and surrendered to Earth Advocates were found at the sanctuary’s property at 109 S.W. Park St. in Thawville.

It was last June when Melissa Pena, a former board member for the Earth Animal Sanctuary, and two others visited the property, discovering “nothing short of a horror story,” Pena wrote on the sanctuary’s Facebook page.

“There was an oblong-shaped ditch filled with bag upon bag upon bag of the remains of dead animals,” Pena wrote. “There were the remains of pigs that had been dragged out on a tarp or blanket and dumped in the hole. We saw skulls and bones of large pigs, medium-sized pigs, goats of various ages, cats, dogs, birds/waterfowl and rabbits. There were small bags inside of larger garbage bags as well as bags that contained multiple species of animals.

“We saw various states of decomposition. There were layers of animals, and after about an hour of ripping through bags with my hands, I couldn’t do anymore.

“I know that I have never thrown any of the animals I have ever loved in a ditch like they were trash,” Pena added.

Even more carcasses were found in a follow-up visit. There were no live animals found on the property, other than a couple of feral cats.

To date, nearly 700 animals given to the sanctuary have been either found dead or are still missing, according to Jodie Wiederkehr, executive director of the Chicago Alliance for Animals.

Following a suspicious fire at the property in September 2018 — in which pigs, ducks, geese and chickens perished — the Iroquois County Sheriff’s Office began investigating complaints about the welfare of the hundreds of animals that had been rescued and brought to the property, investigative reports show.

DiLorenzo’s ex-fiance told investigators that about six months prior to the fire, “the animals just started dying off” for unknown reasons, according to a police report.

While visiting the property, investigators found unsanitary conditions in DiLorenzo’s home, where multiple animals were being kept, and ordered her to clean up and make various repairs to her home in order for her son to be able to return and live there. They also issued her a “humane care” citation after finding two malnourished pigs with “skin issues” believed to be caused by straw mites in an outbuilding.

Wiederkehr said she was pleased that Iroquois County State’s Attorney Jim Devine found the animal cruelty case serious enough to charge DiLorenzo with a felony. Wiederkehr said she hopes DiLorenzo is convicted and receives the maximum punishment allowable by law. Penalties range from probation to up to three years in prison.

“For as many animals that are missing and likely dead, she deserves more than a slap on the wrist,” Wiederkehr said. “She deserves jail time, and she should never be allowed to ever own or be a guardian of an animal again. ... She should get the book thrown at her.”

DiLorenzo, who at one time worked as an independent Aflac agent at the Abbe Insurance Agency in Buckley, told the Ford County Record last summer that the allegations of animal cruelty were unsubstantiated and slanderous. Attempts to reach her for this story were unsuccessful.

Will Brumleve is editor of the Ford County Record, a Community Media Group newspaper. For more, visit fordcountyrecord.com.