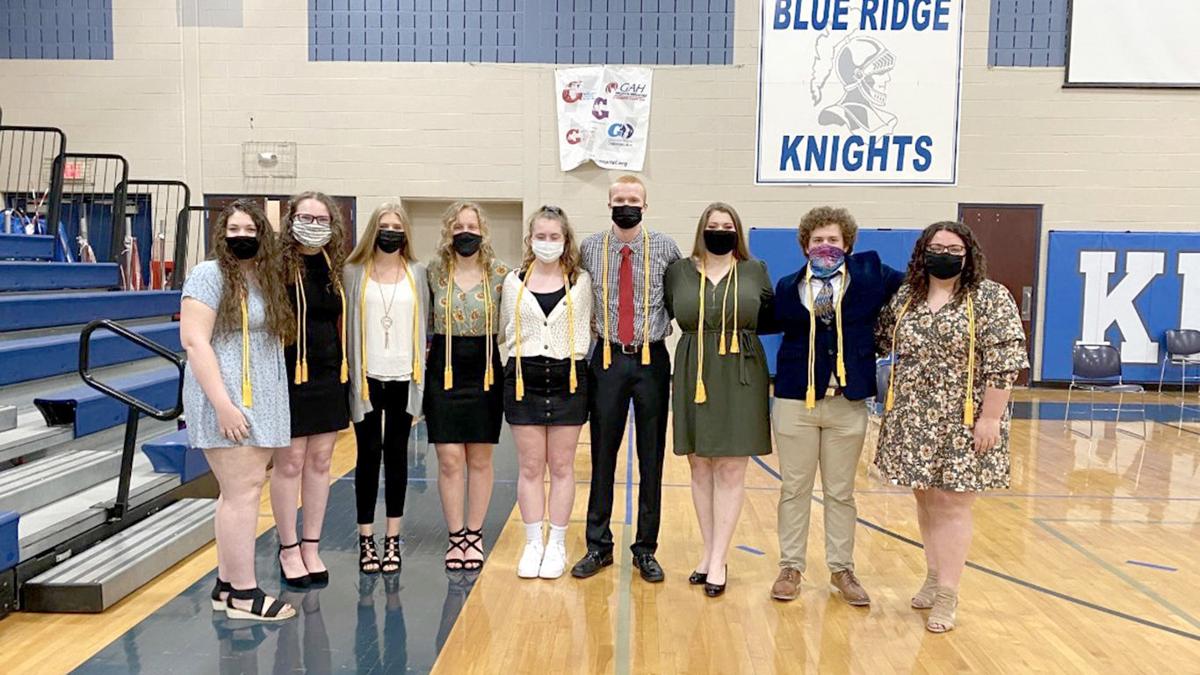 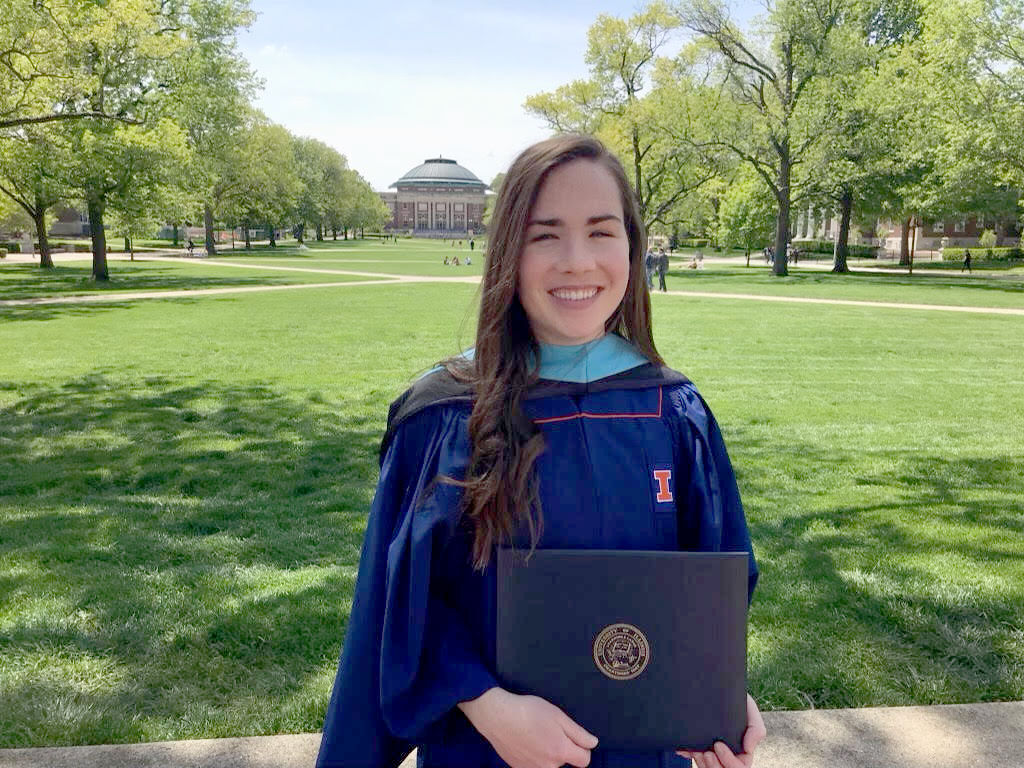 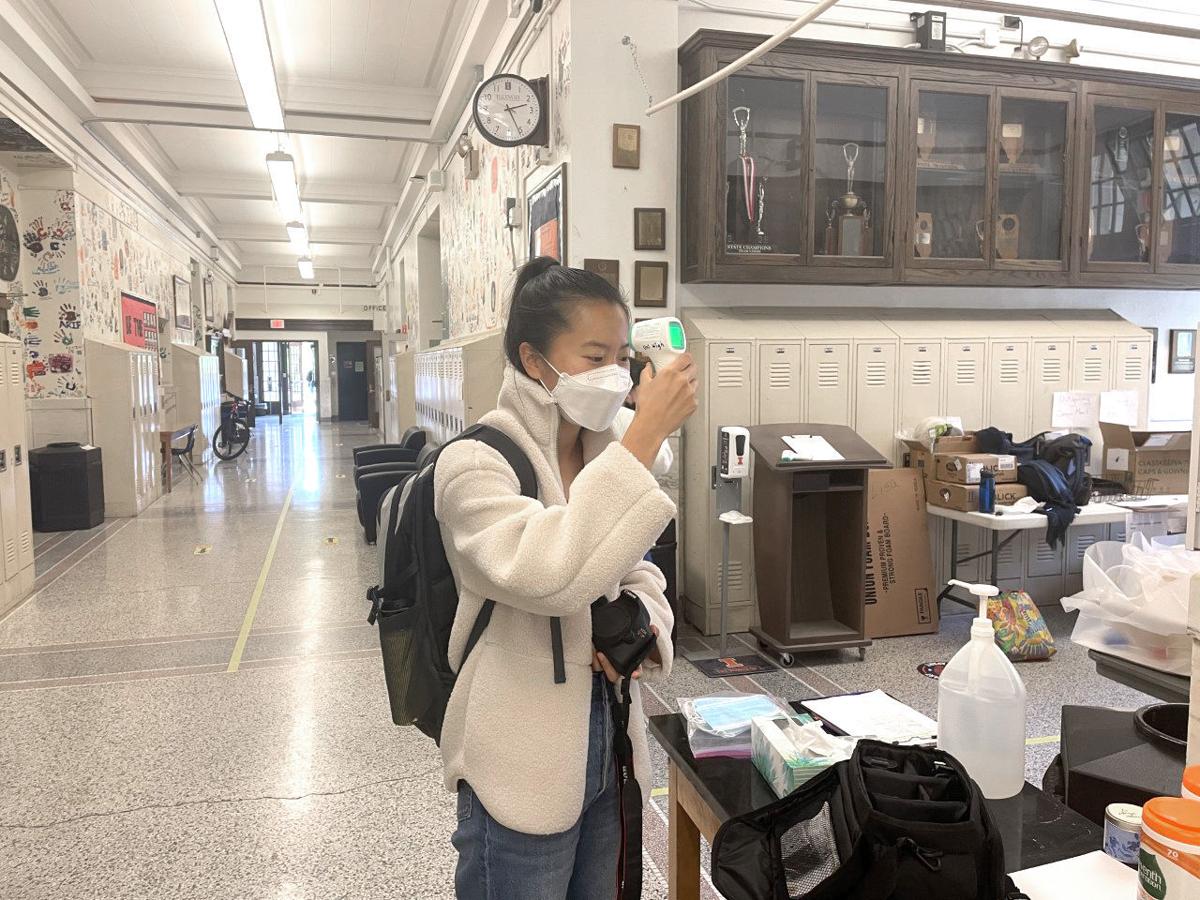 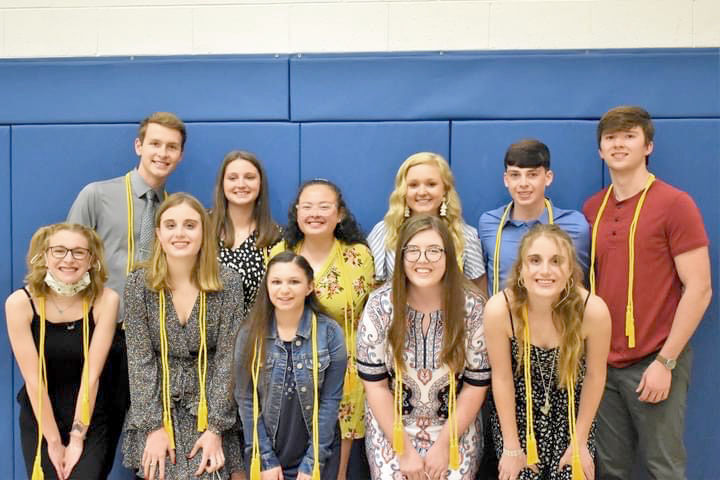 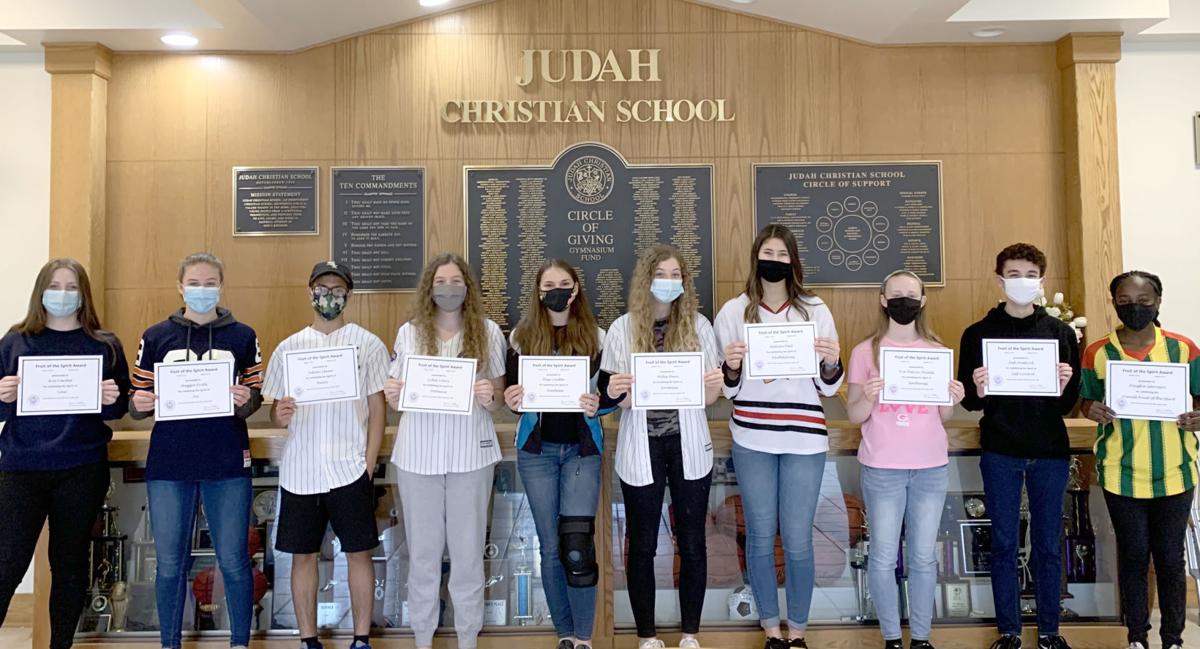 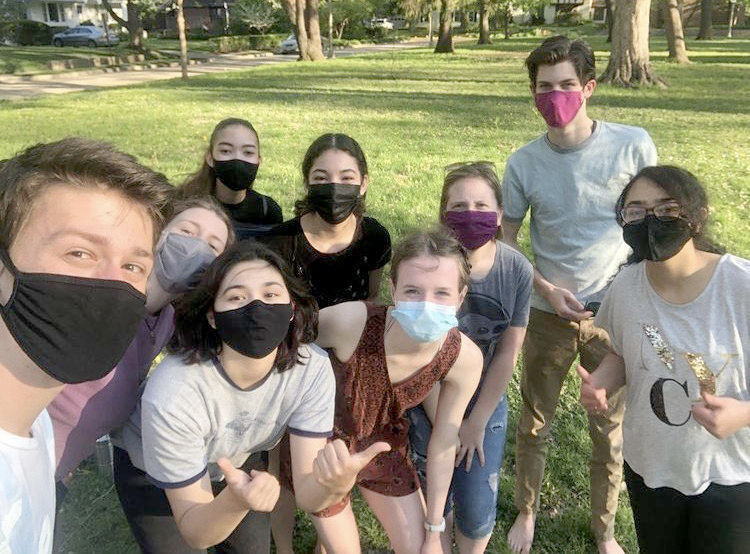 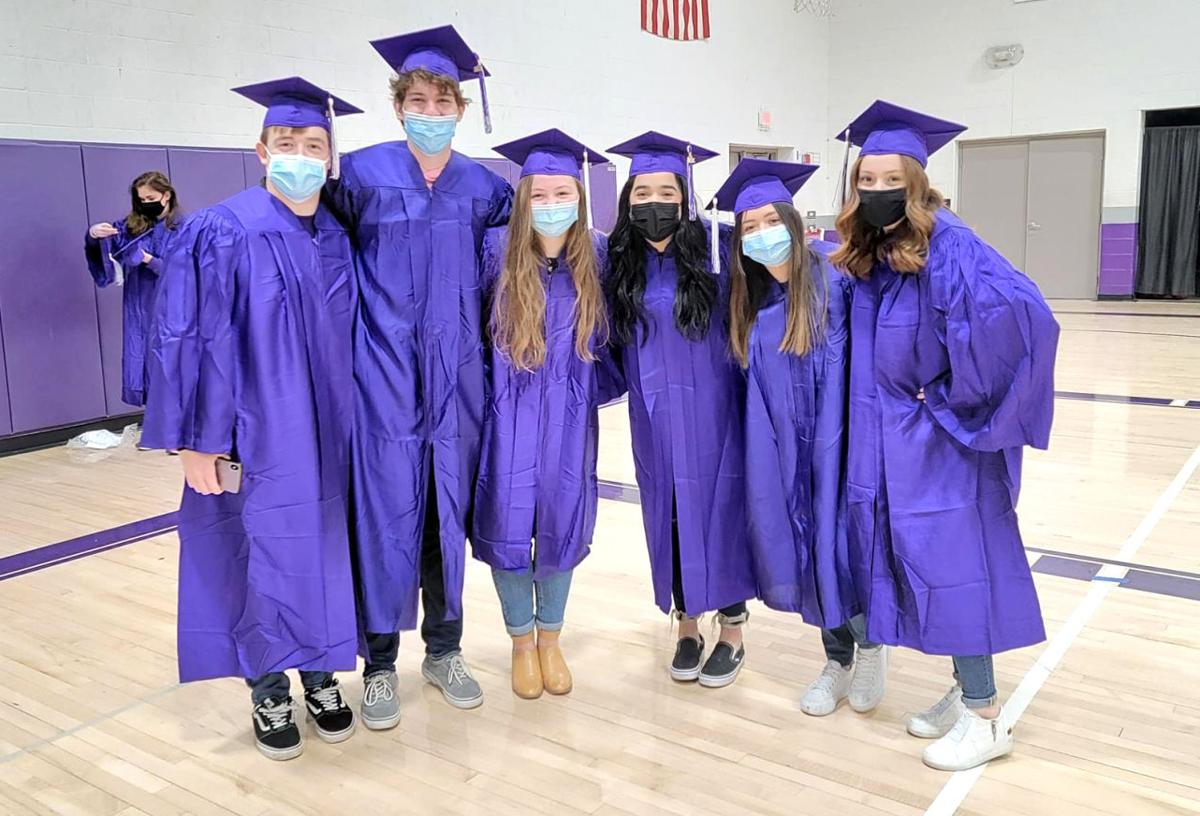 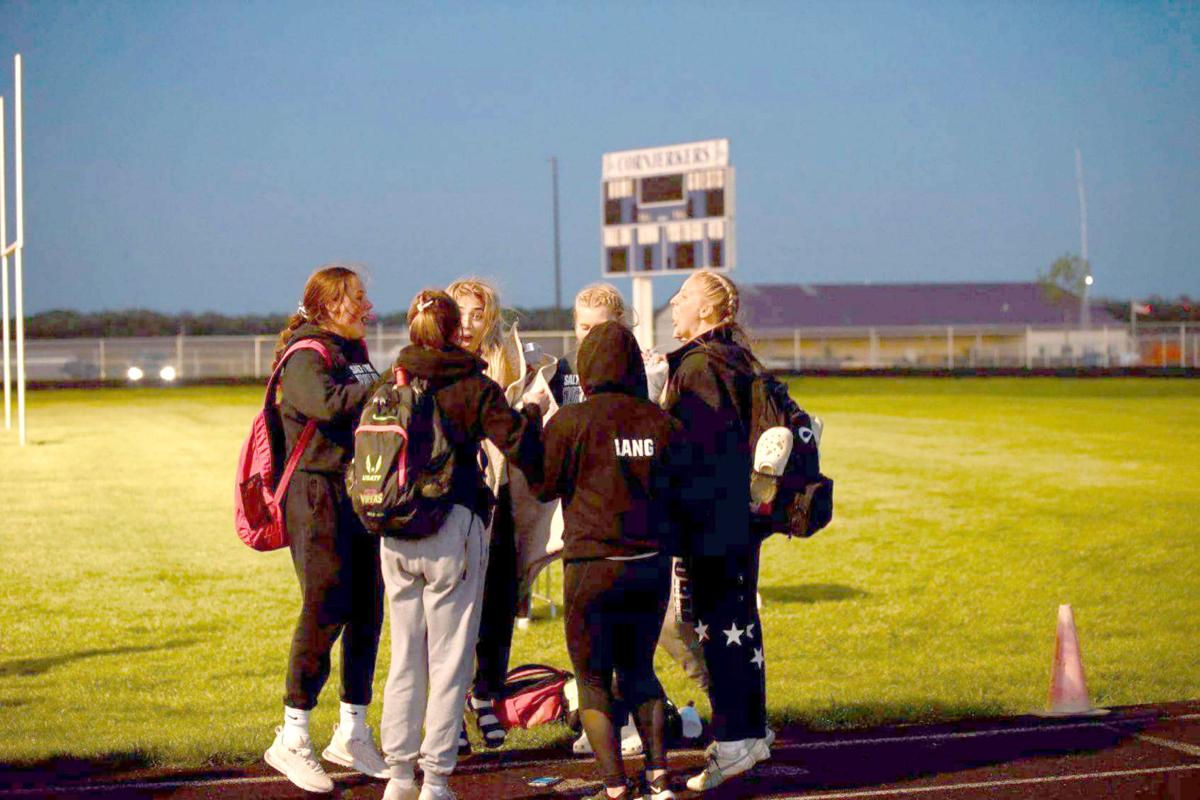 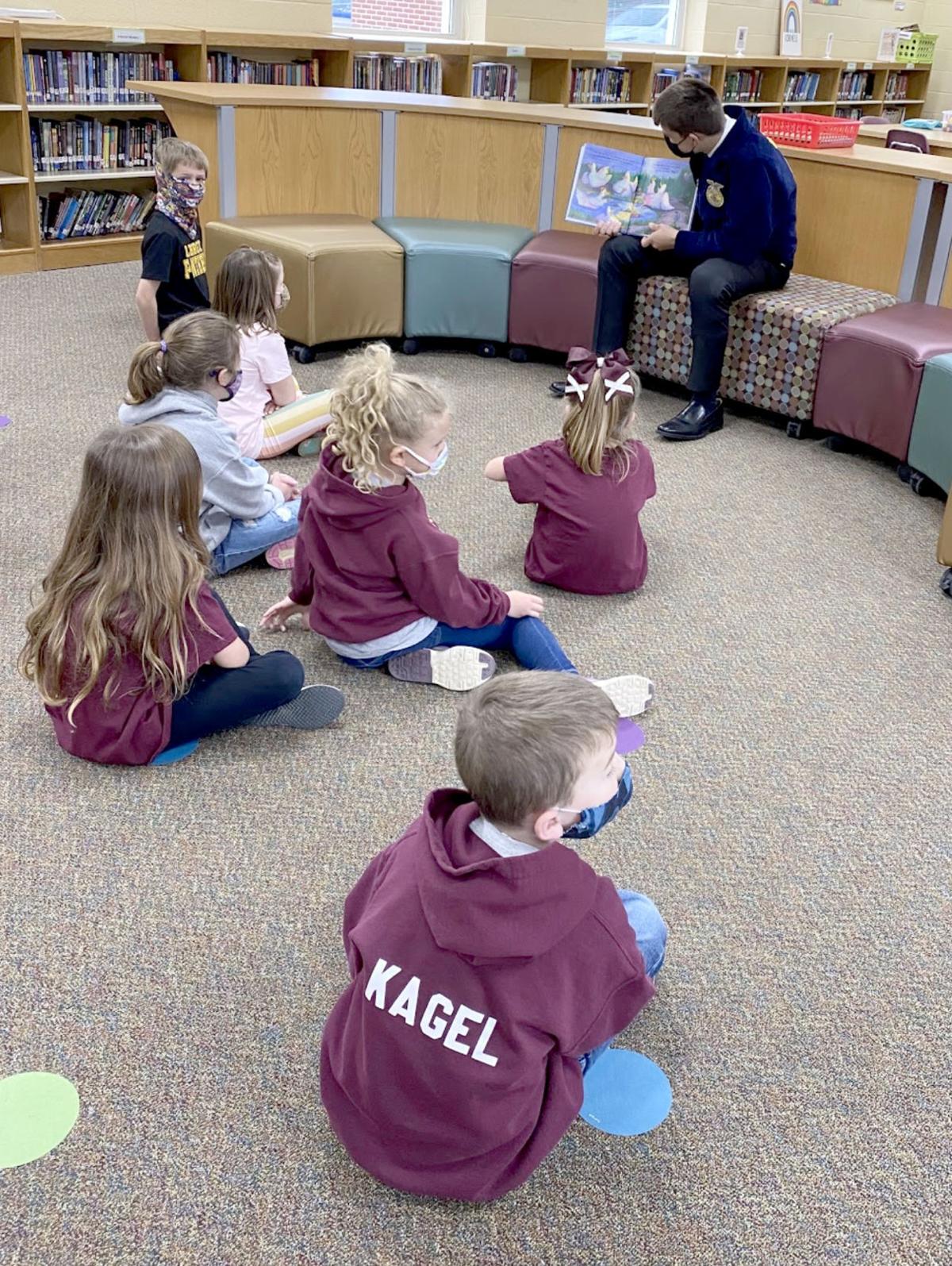 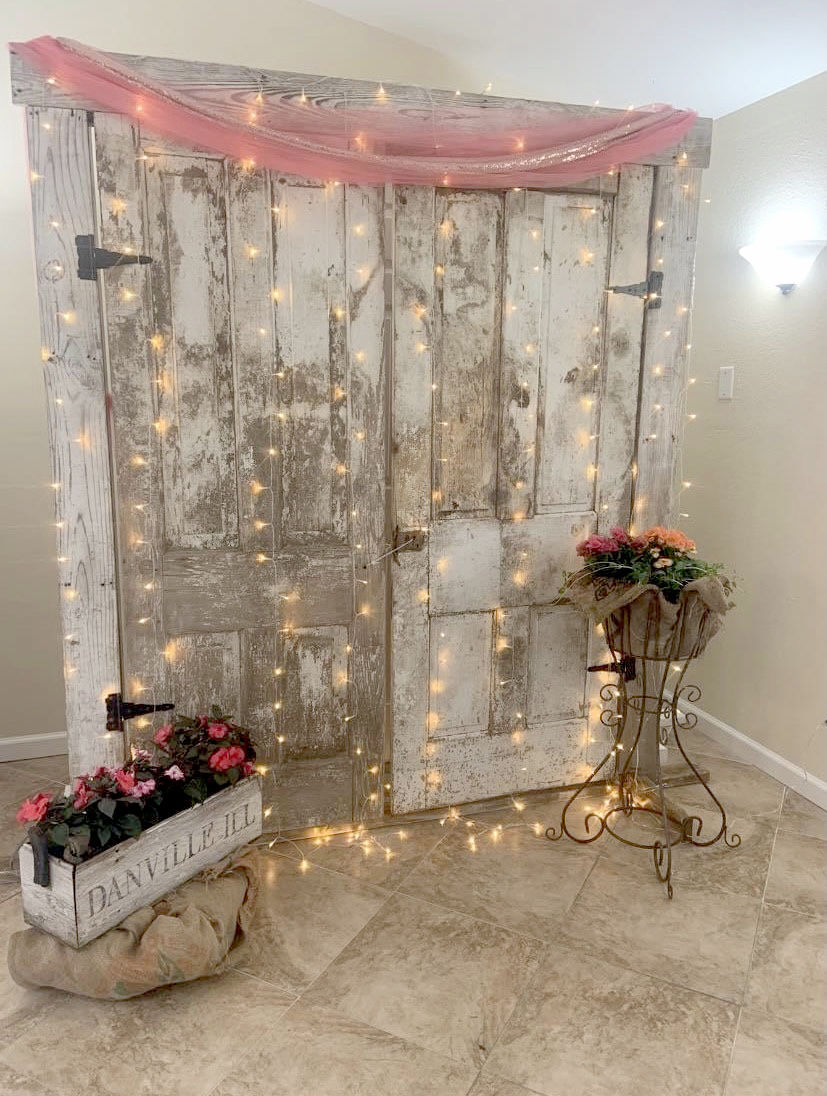 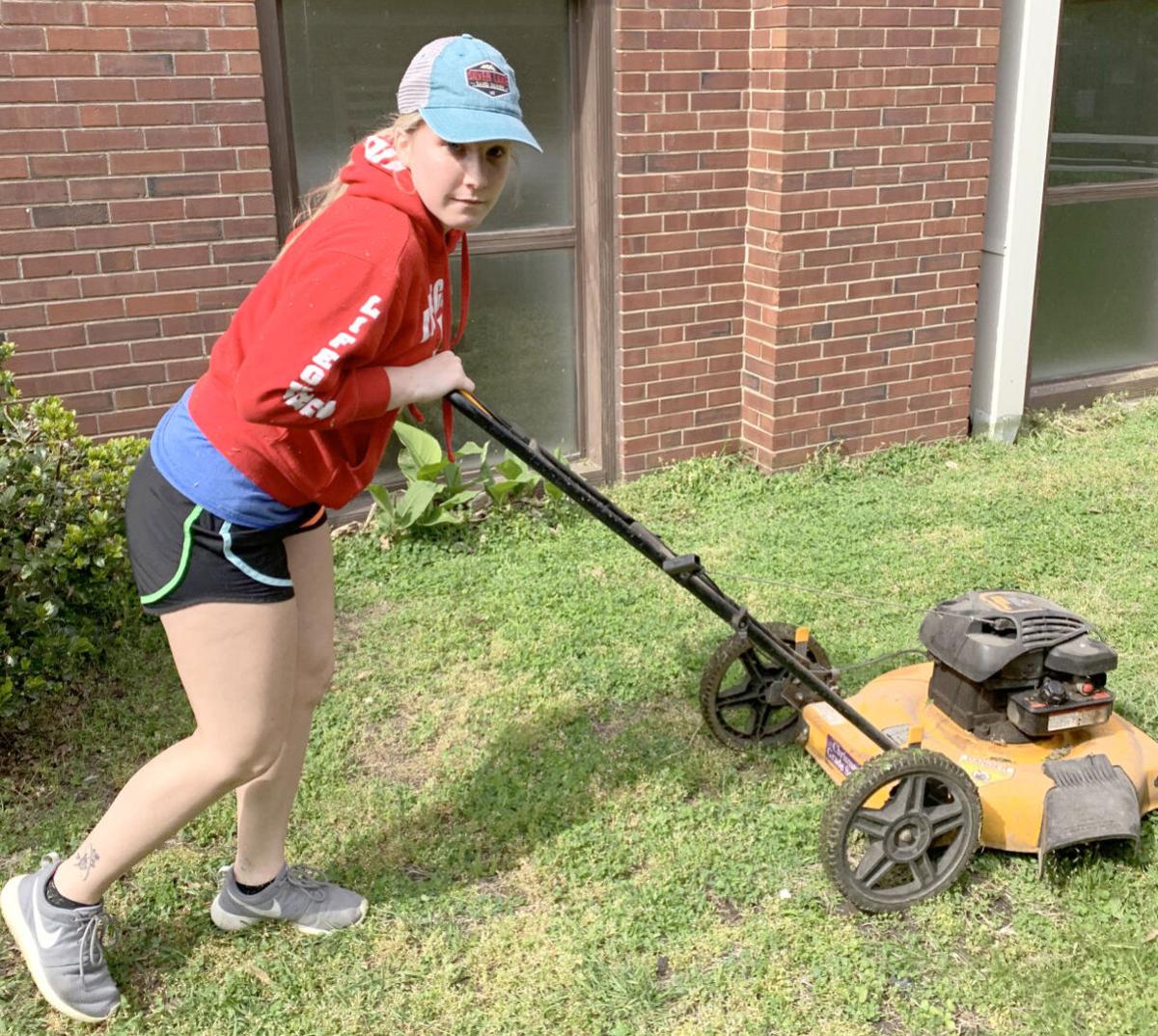 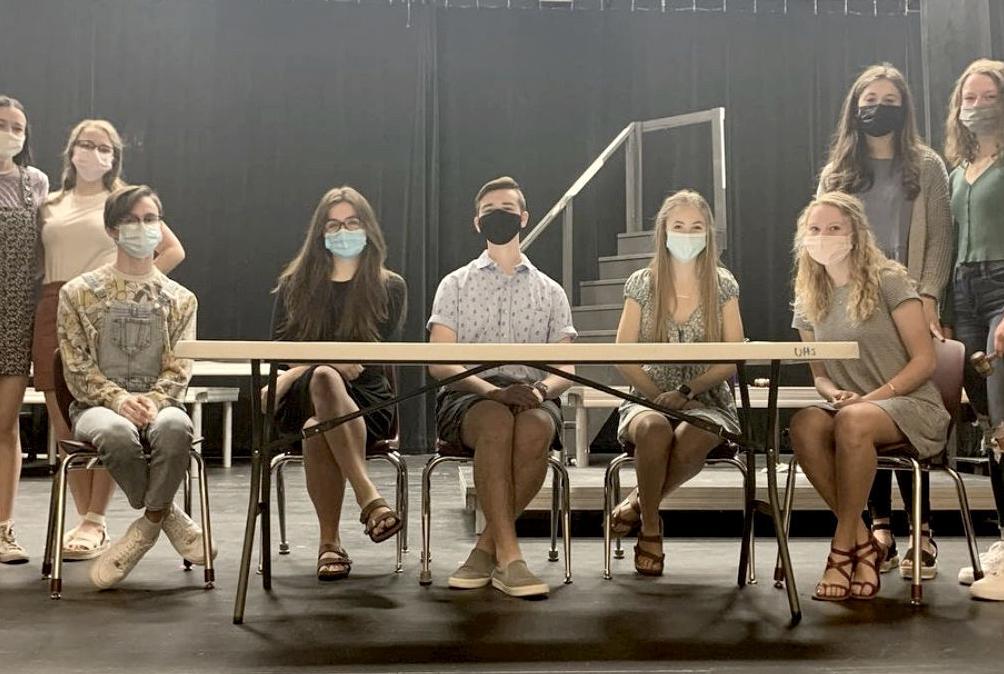 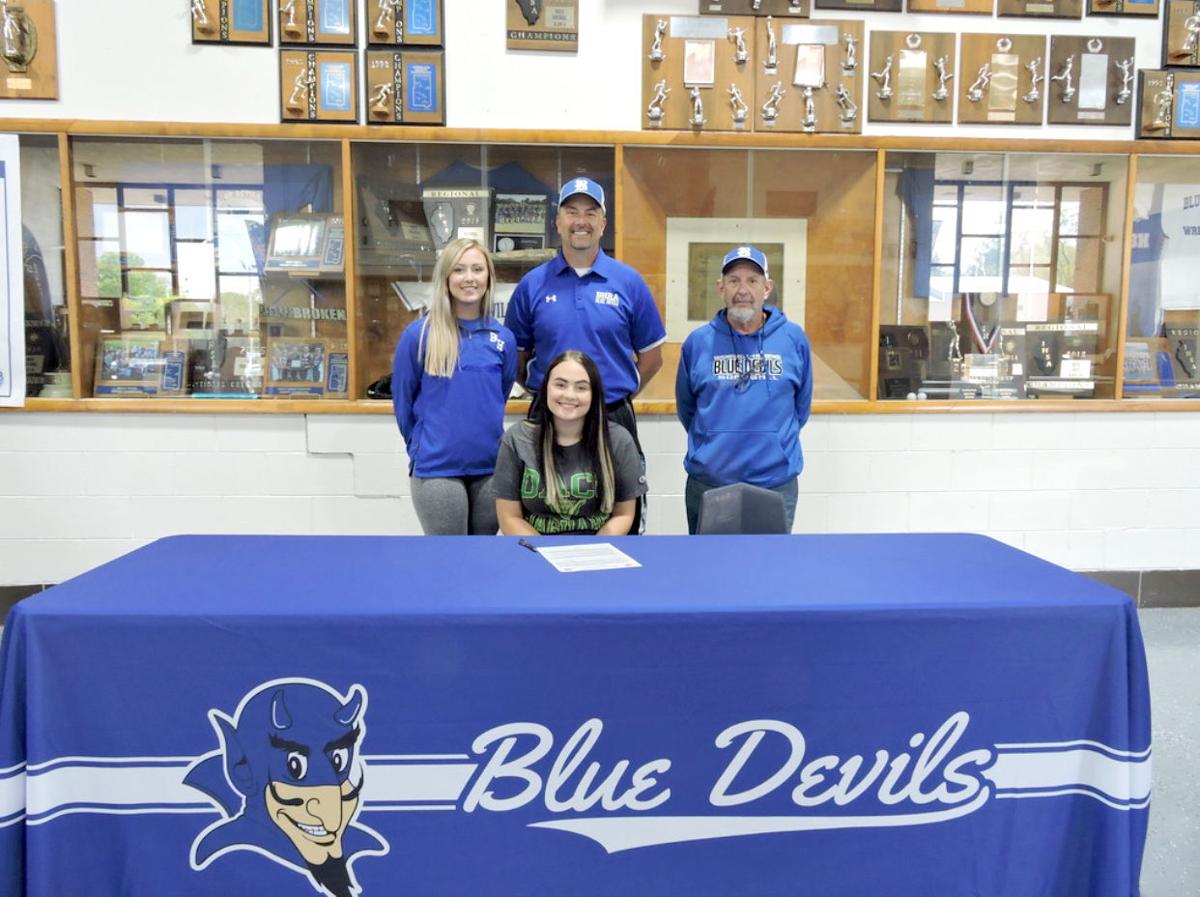 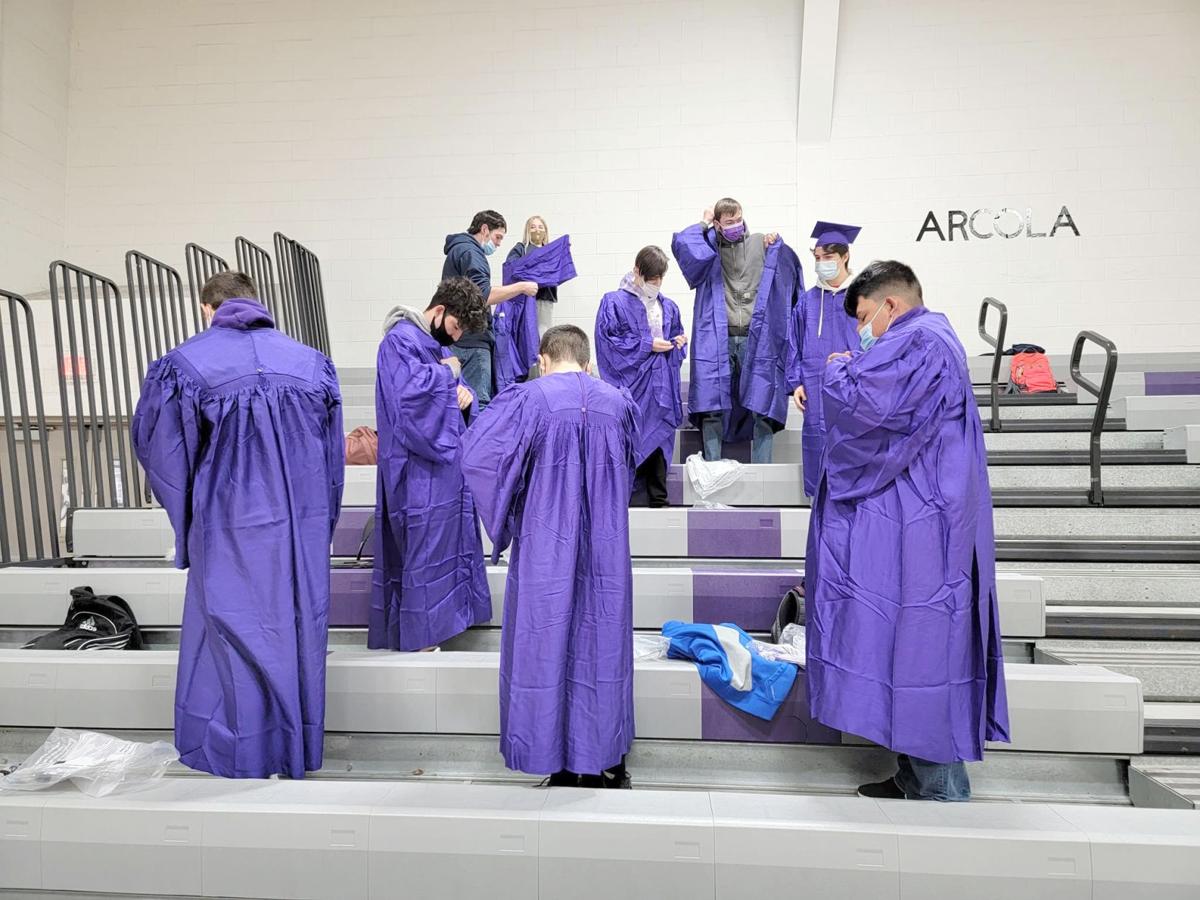 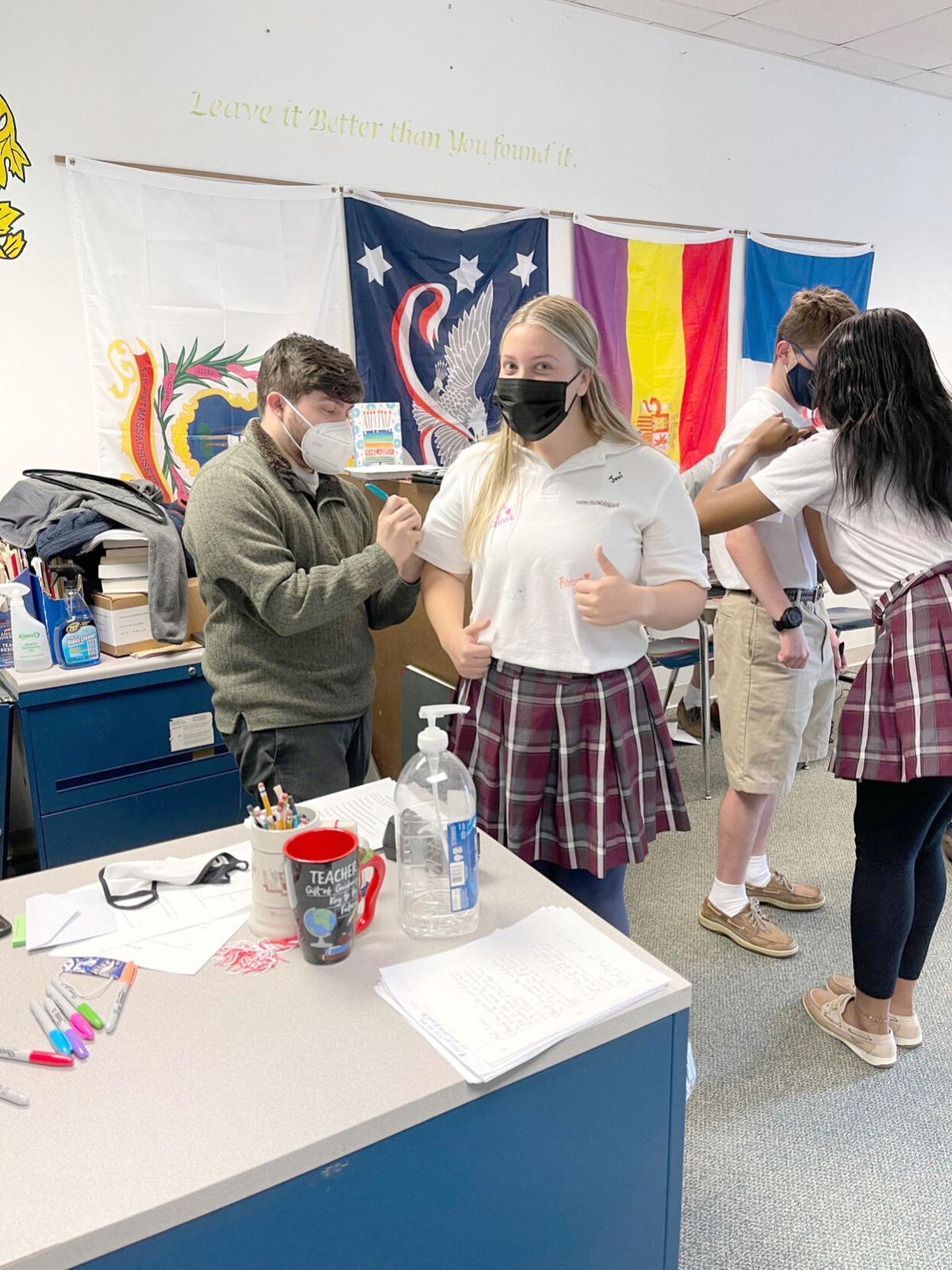 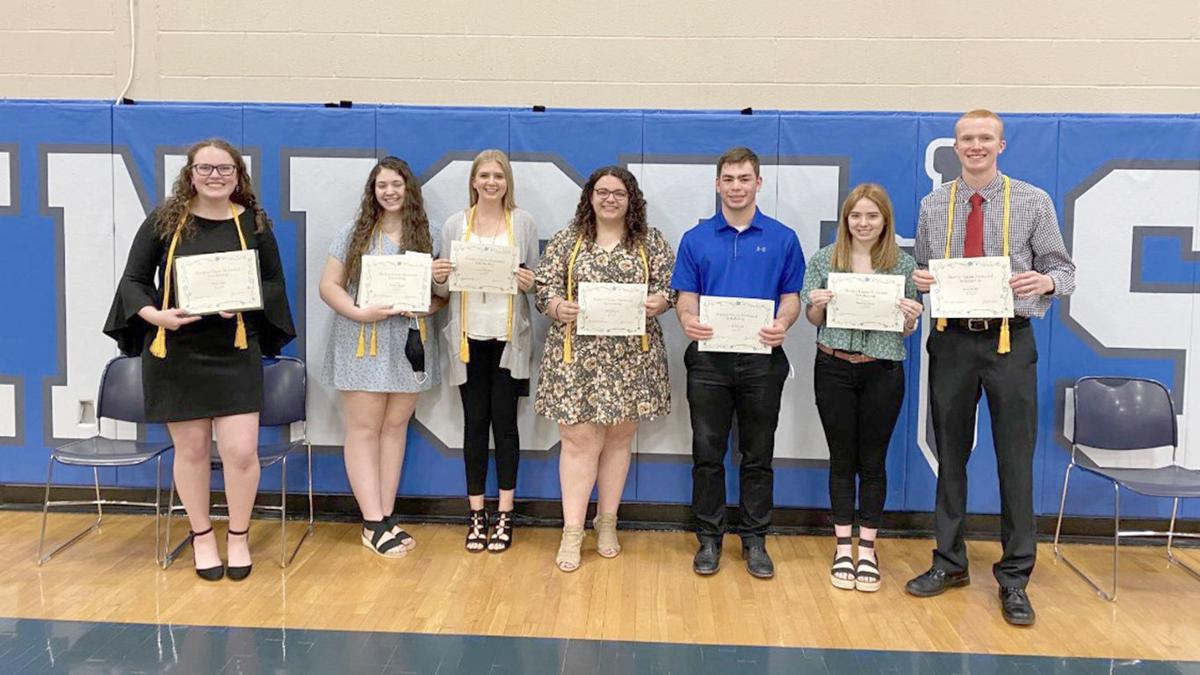 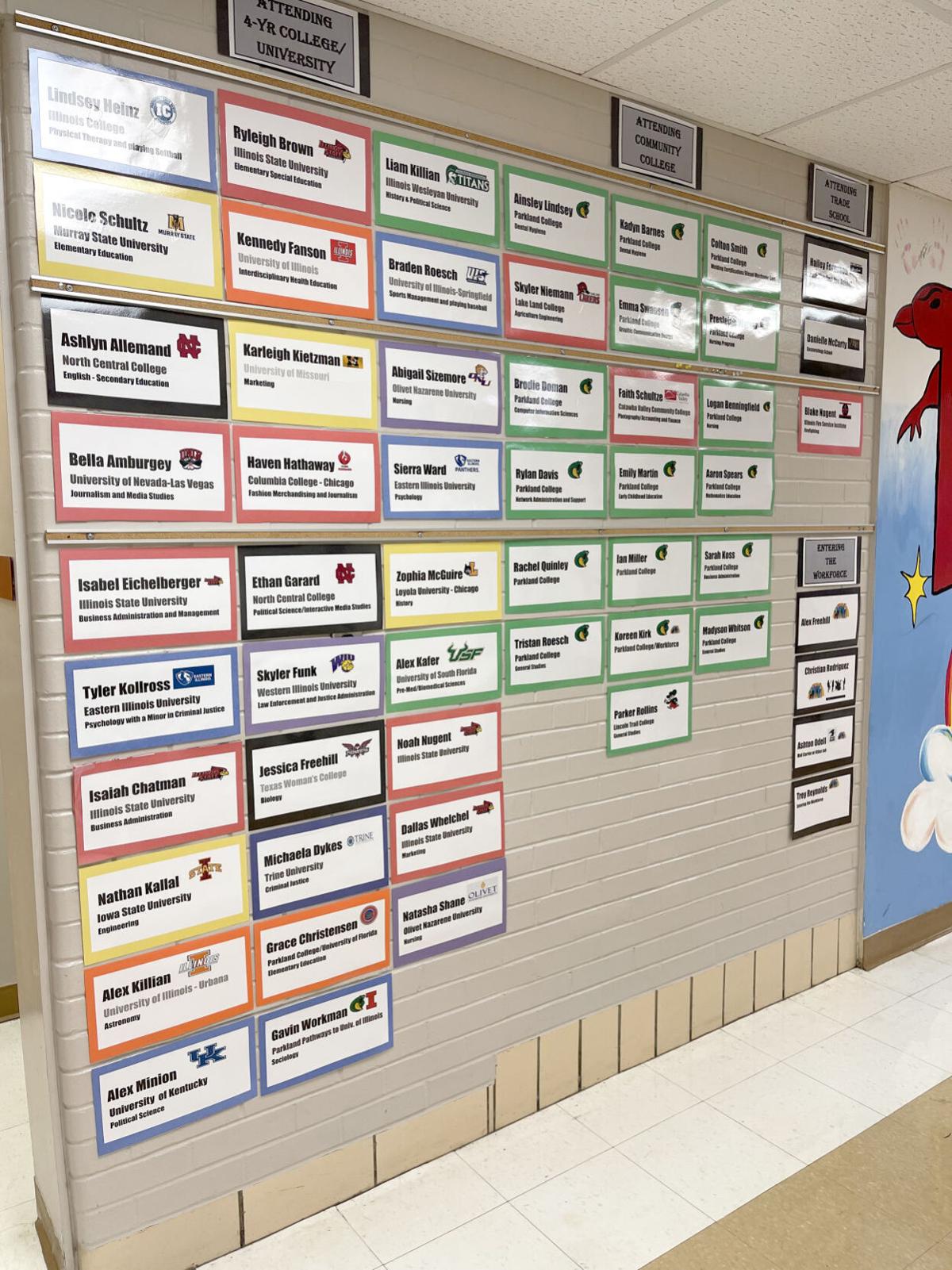 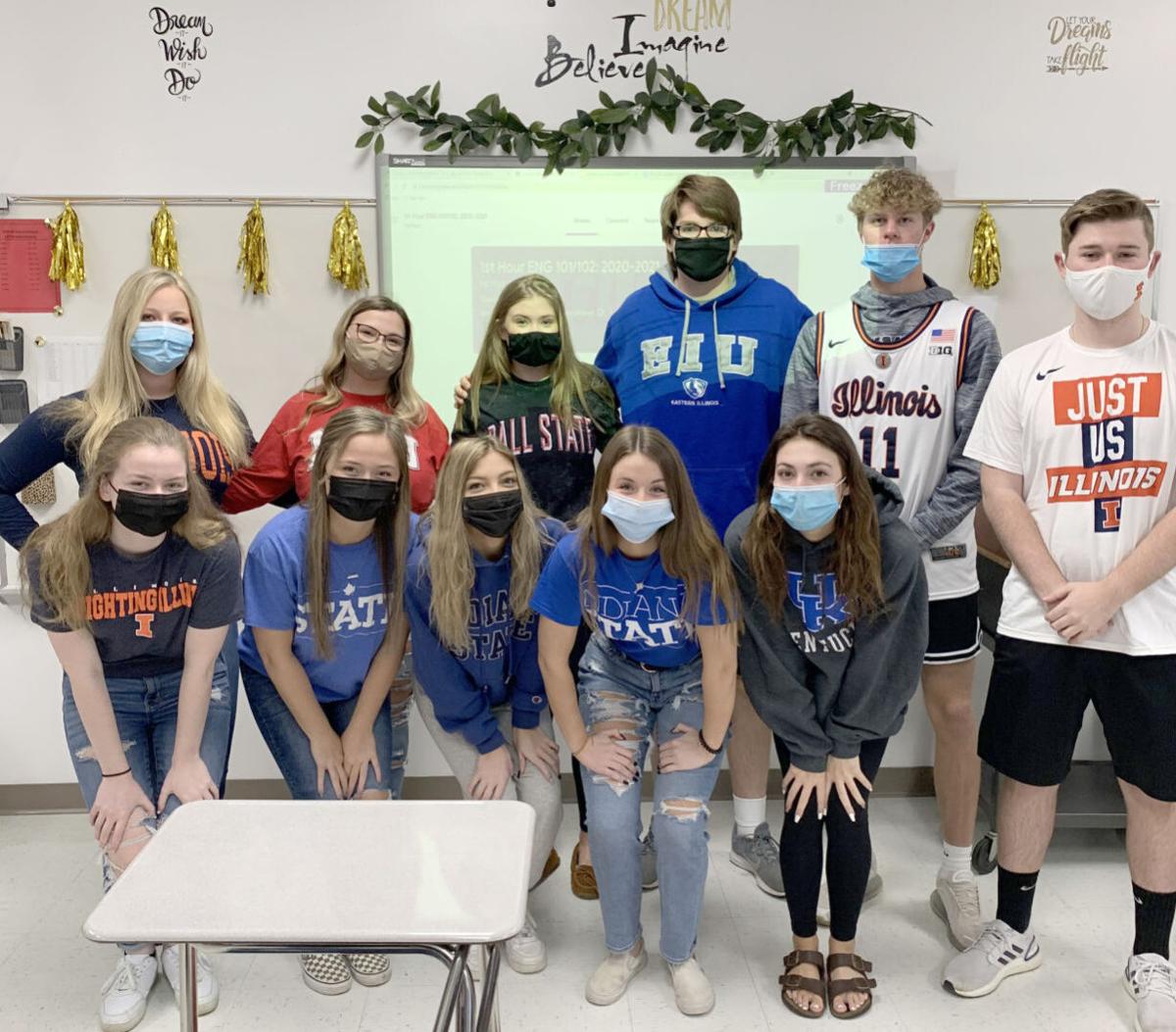 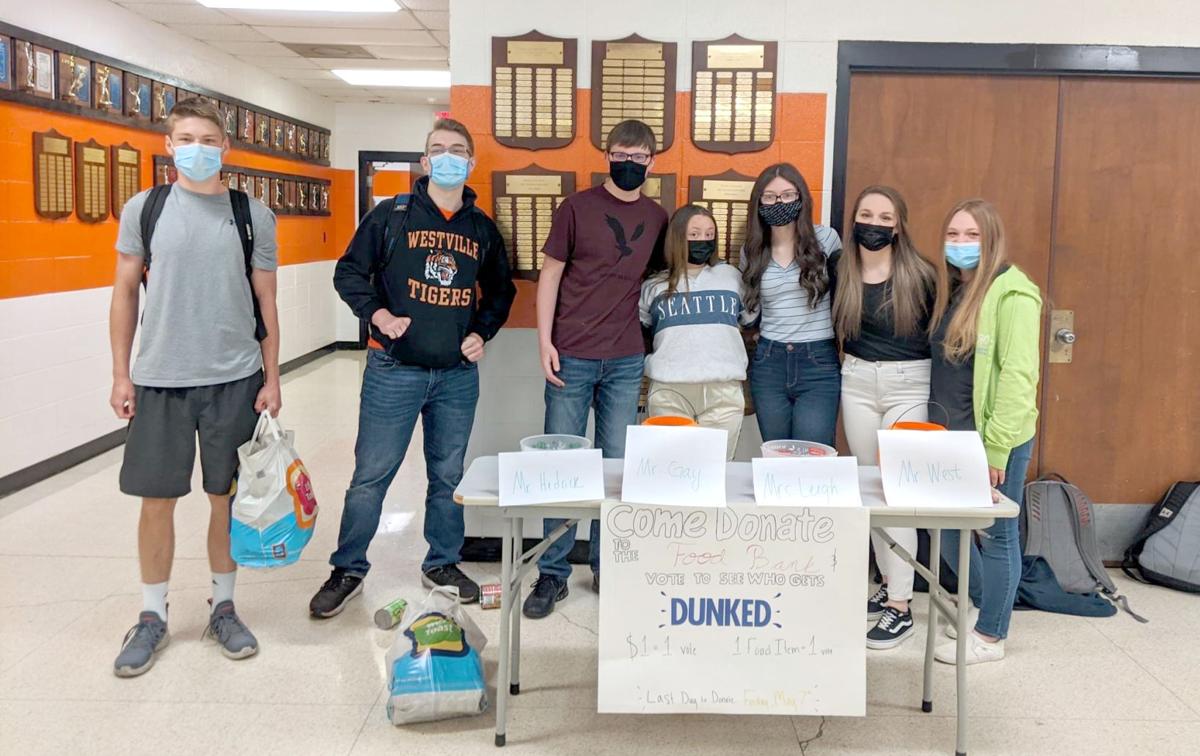 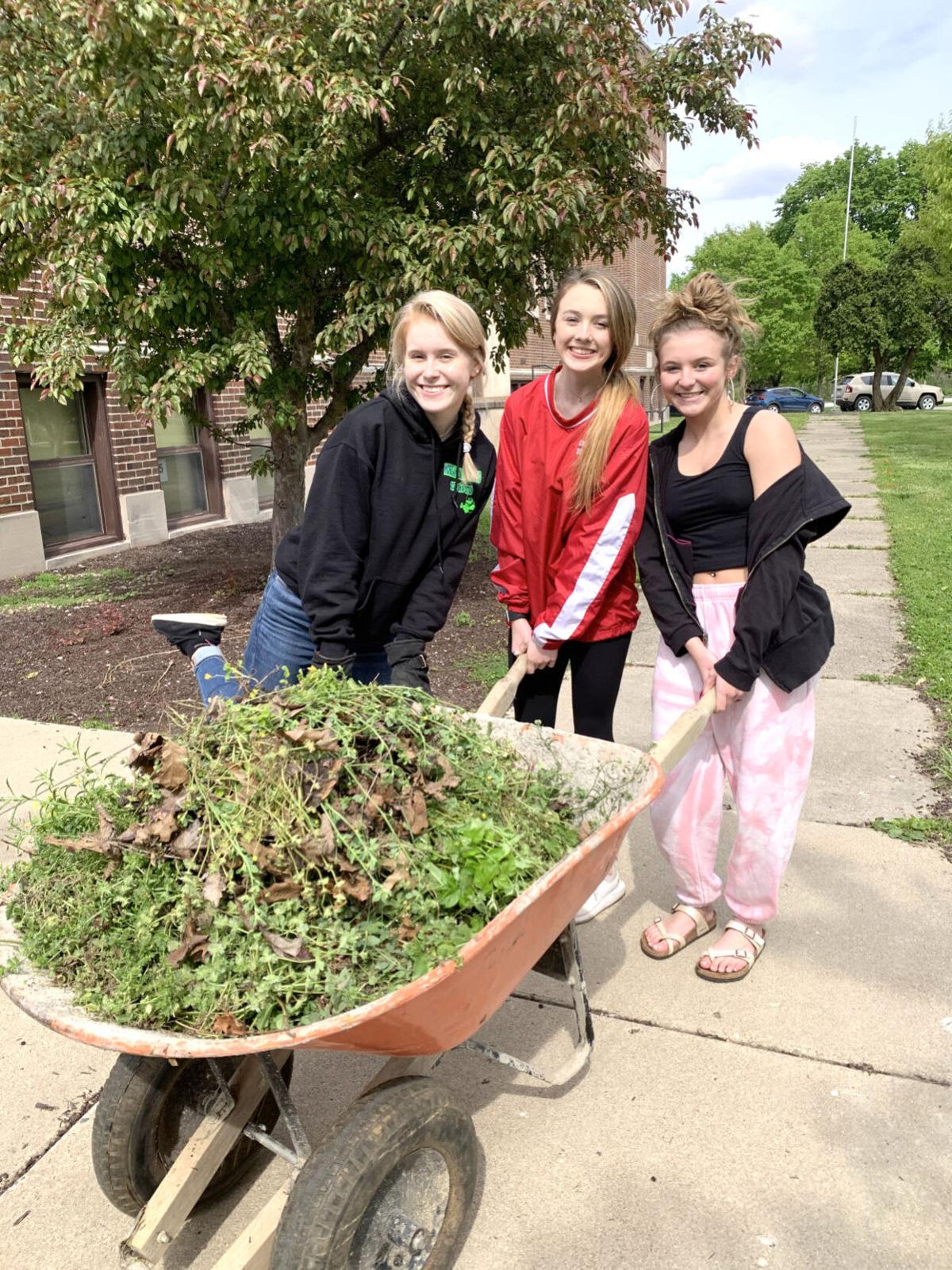 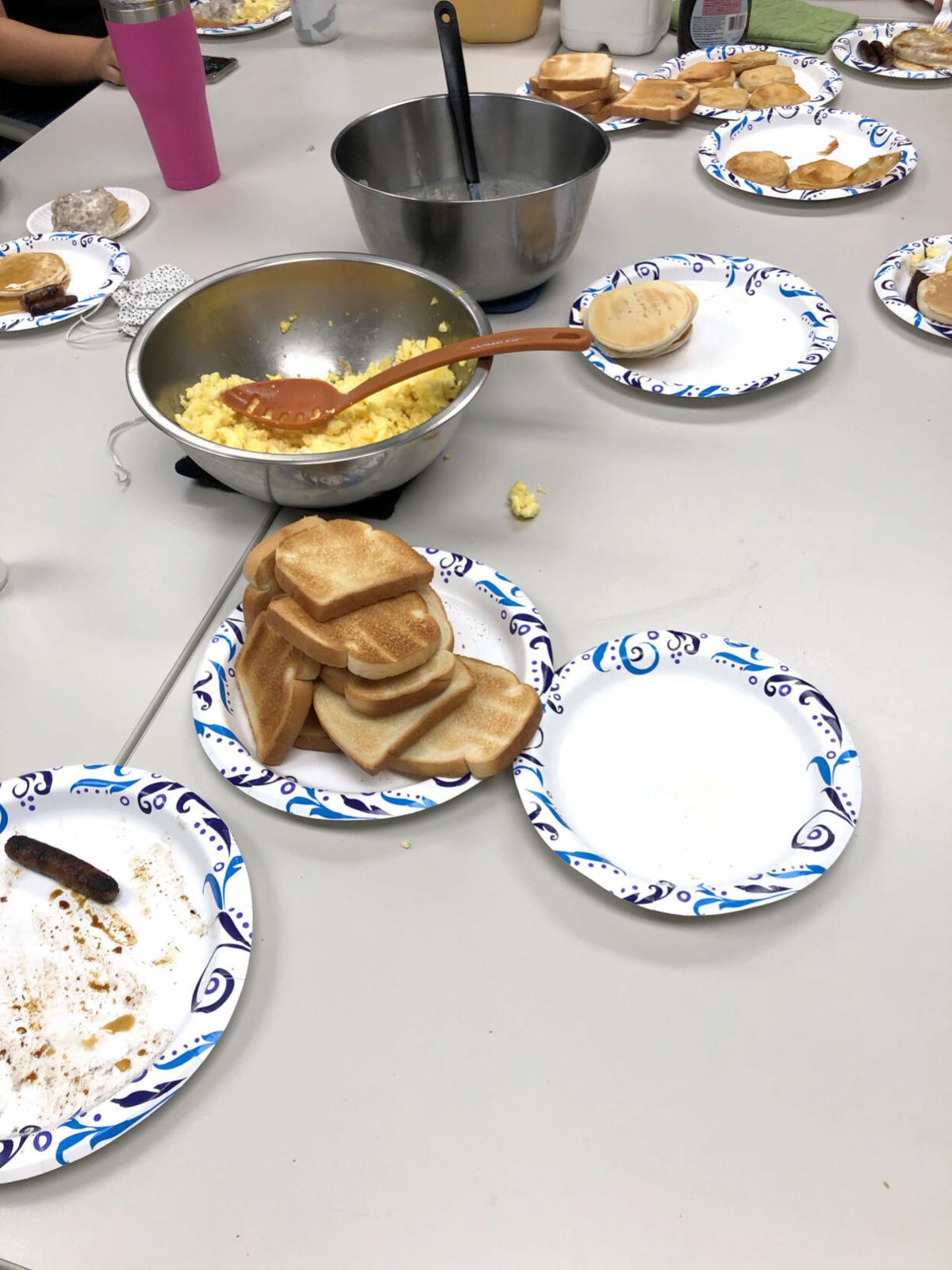 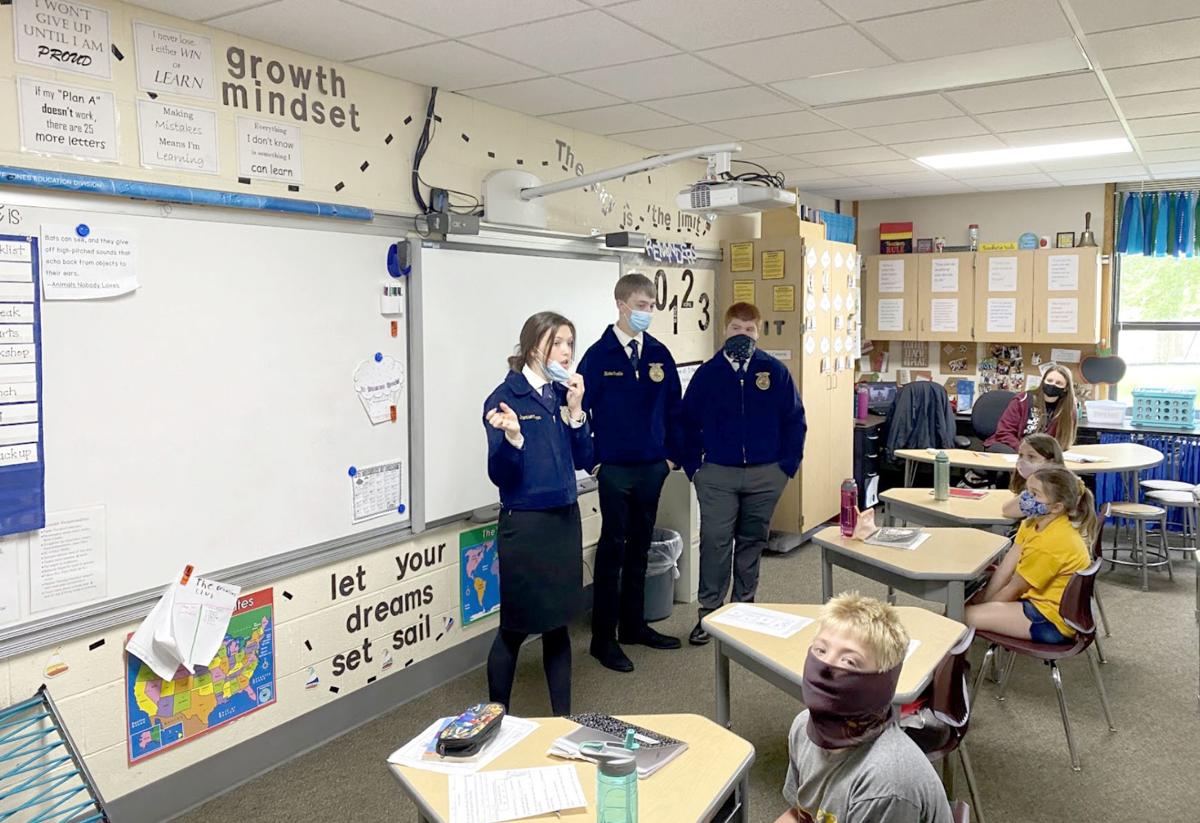 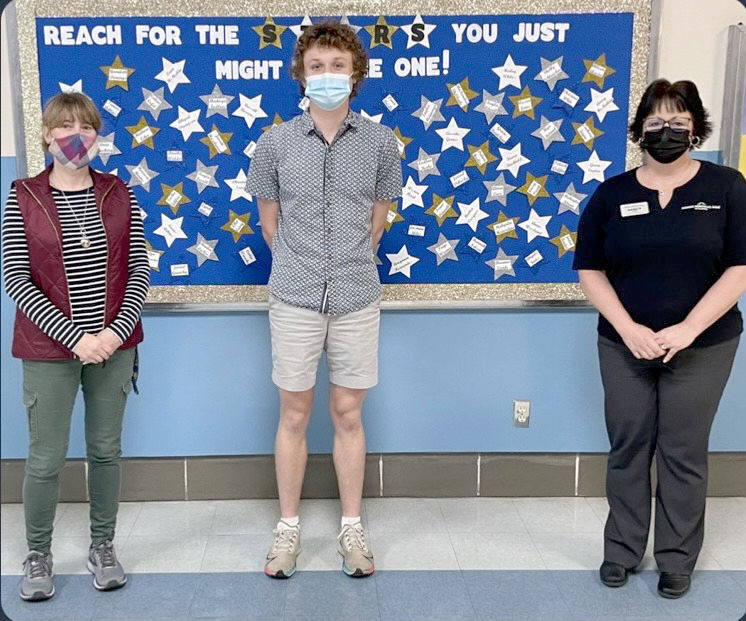 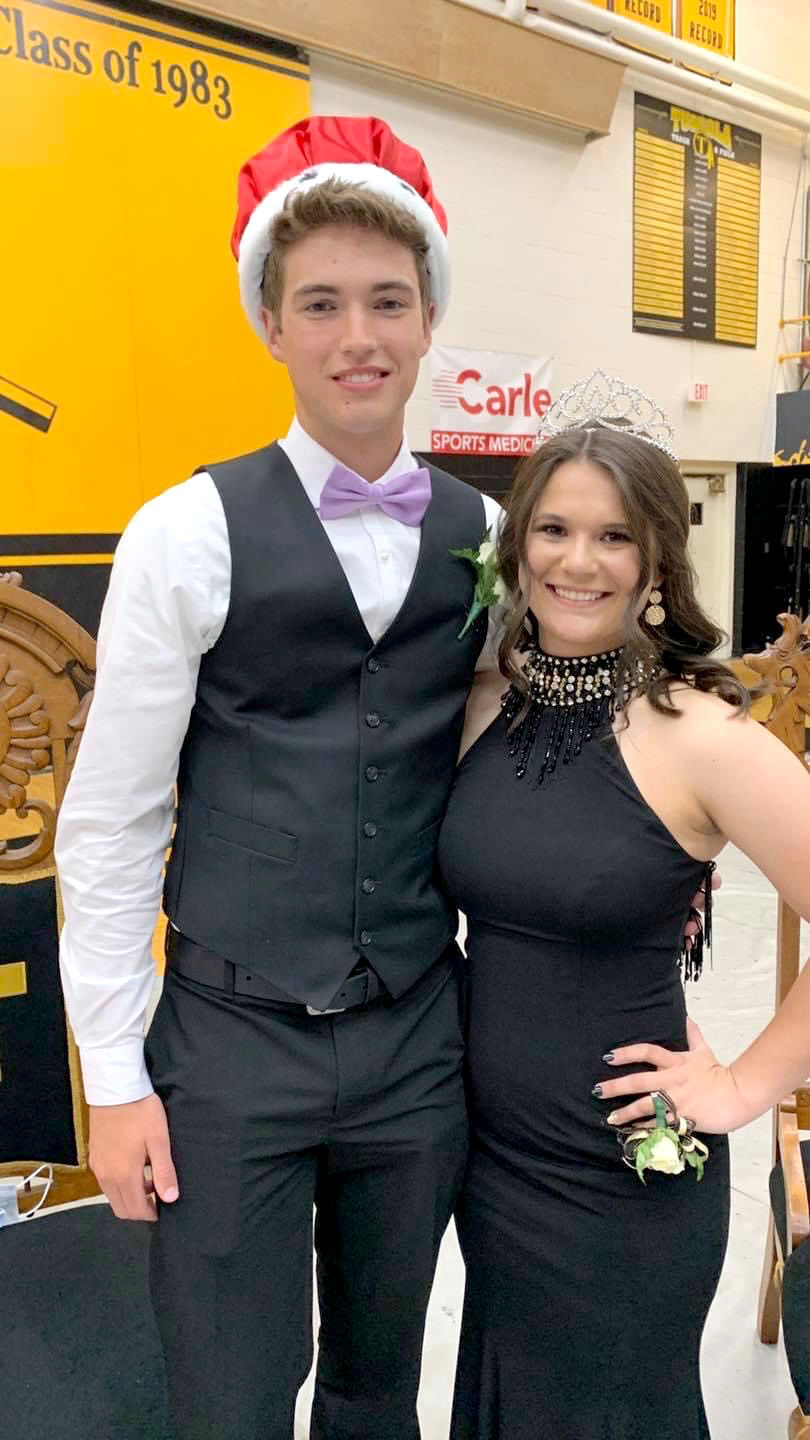 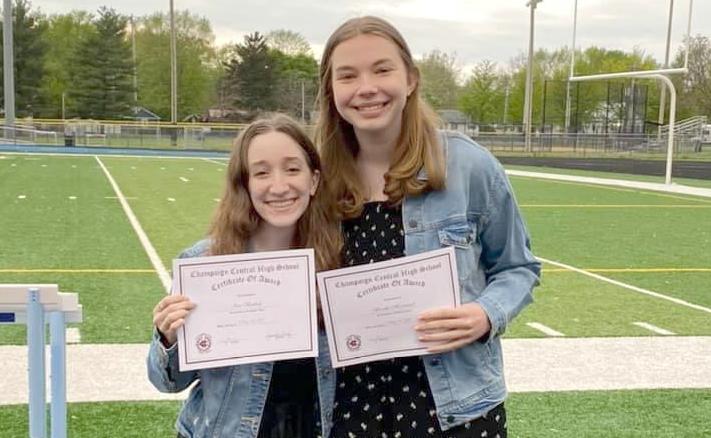 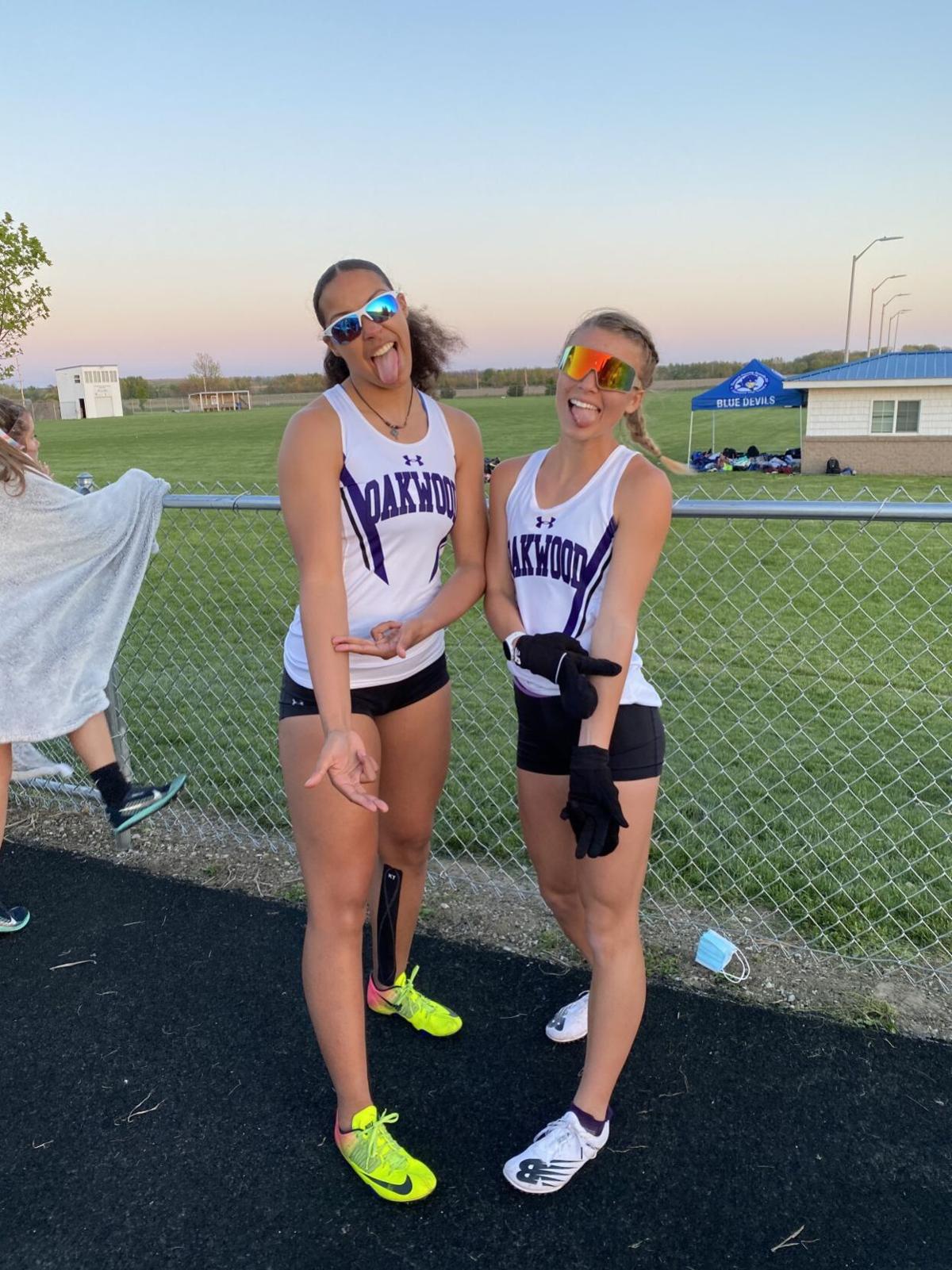 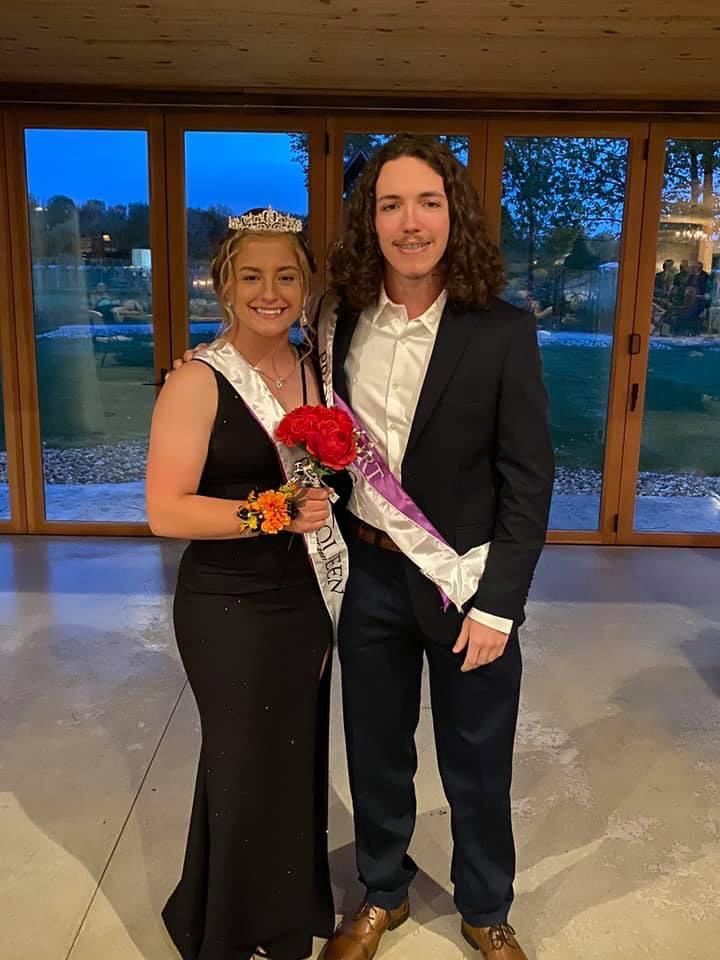 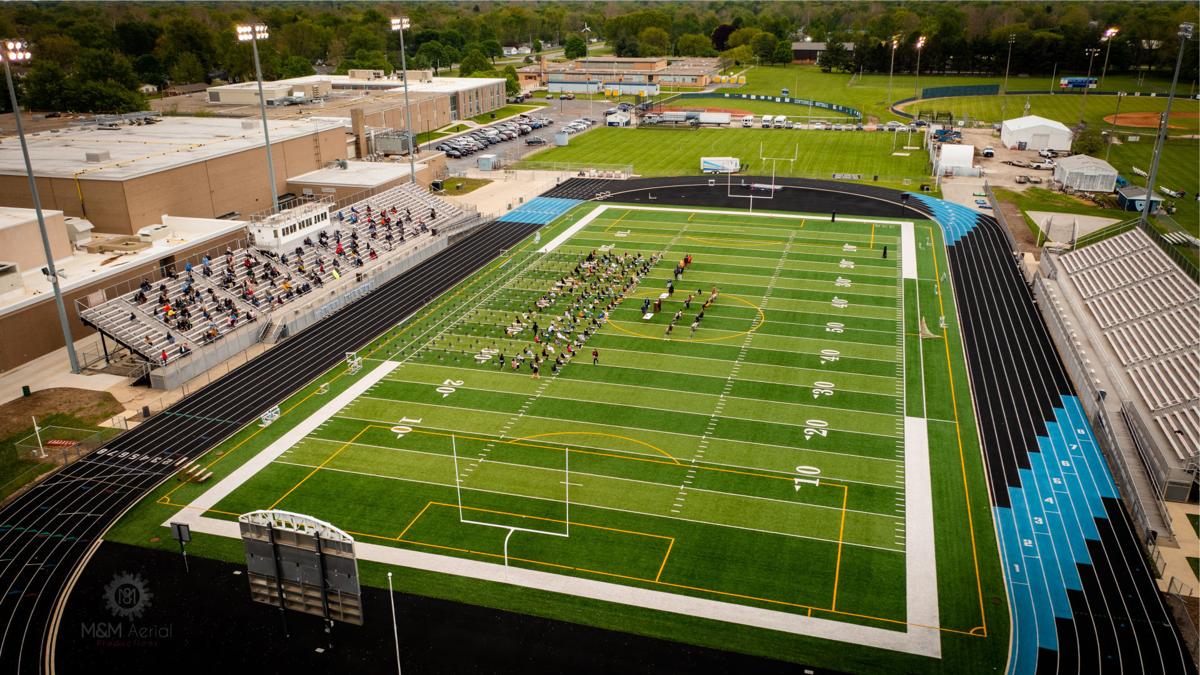 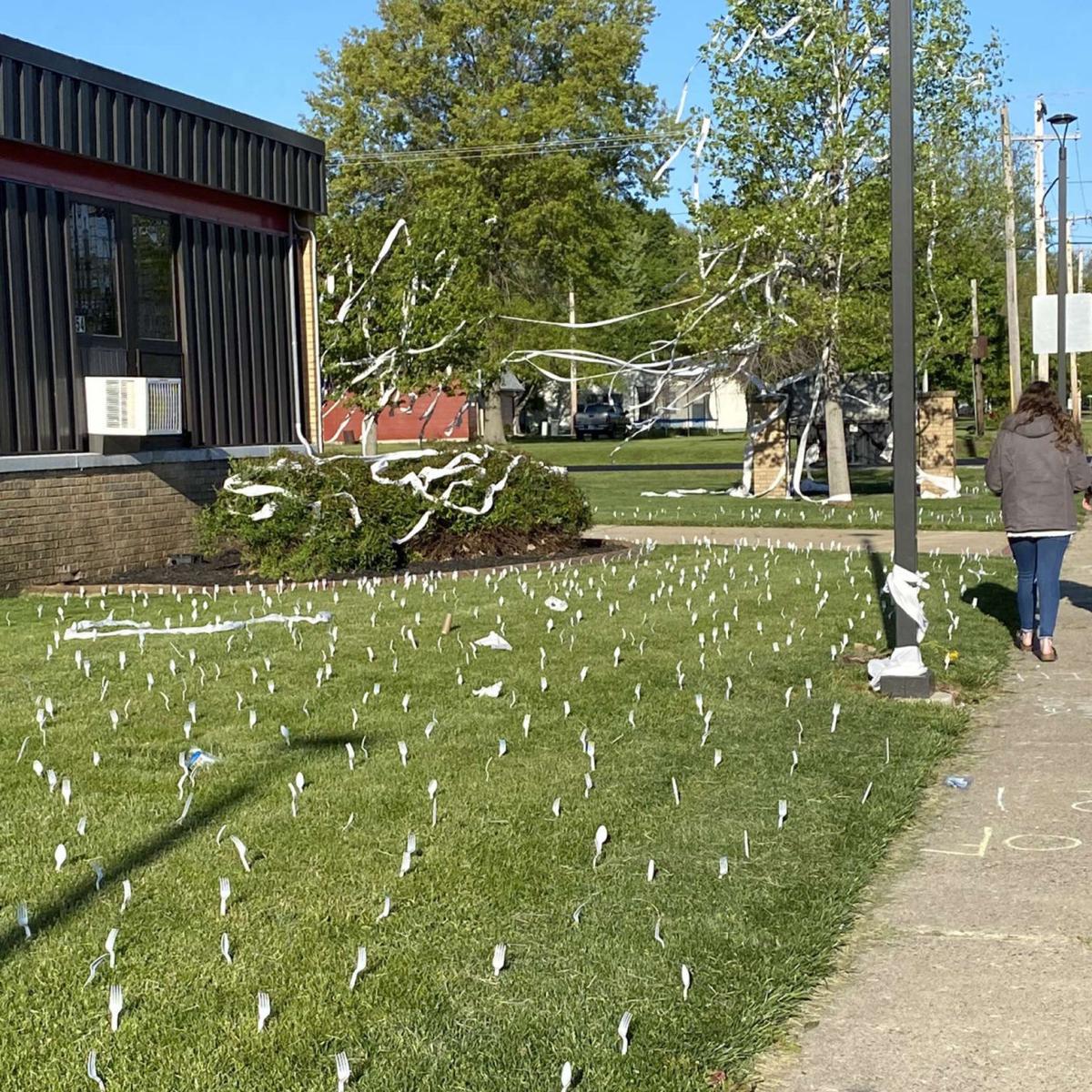 Welcome to Year 5 of High School Confidential, an award-winning project made possible by aspiring student journalists from every corner of our circulation area. Each Friday since September, they’ve told us what’s happening in their hallways at news-gazette.com.

Big ups to this year's panel:

On to our final report:

Seniors hosted and cooked breakfast for teachers for Teacher Appreciation Week as Margie Ashcraft rounded up students and provided groceries.

The yearbook staff worked hard to get its pages complete by the end of the school year. Pictured: Trinity Stroisch, Addie Fritz and Peyton Cooley.

On National Honor Society and Honors Night — held in-person and virtually — 16 new NHS members were inducted and scholarships were handed out.

The school’s 26th Academic Letter Award Ceremony took place Monday at Tommy Stewart Field. Students were honored for their academic achievements and submitted a name of a special educator who was also announced to those in attendance. Pictured: sophomores Ava Borberly and Brooke Hasenstab.

Thanks to the work of student council, students enjoyed a beautifully executed and well-decorated spring dance at Woodbury Falls.

Last Friday, science students made ice cream in class to celebrate Eileen Cameron, this semester’s student-teacher. Cameron, who graduated Monday from the University of Illinois with a master's in chemistry education, will be greatly missed.

To congratulate and highlight the plans of the Class of 2021, teacher Ryan Tompkins puts together an annual senior board outside the cafeteria. Students submit plans for college, military or the workforce.

The Class of 2021 showed up and showed out for its last day of high school. Seniors gathered Tuesday night to fork the school lawn for students and faculty to wake up to Wednesday morning.

During Fruit of the Spirit chapel, students were recognized for their godly character. They were chosen by their peers who believed they best exemplified each fruit of the Spirit. As Galatians 5:22-23 says, “But the fruit of the Spirit is love, joy, peace, patience, kindness, goodness, faithfulness, gentleness, self-control; against such things there is no law.” Pictured, left to right: Ava Carder (love), Maggie Pritts (joy), Julian Llano (peace), Lydia Lowry (patience), Elise Coulter (kindness), Millie Penn (goodness), Natalie Pait (faithfulness), Eva Pearce-Shields (gentleness), Josh Fredrick (self-control) and Aleigha Garrison (overall).

Liam McMullin, nominated by Sheila Pickens, was named April’s Student of the Month for the month of April. Also, National Honor Society celebrated Teachers Appreciation Week by delivering daily treats to the staff.

On May 6 — their second-to-last-day — seniors wore apparel that represented what they will be doing after high school (college, trade schools, military, etc.). Pictured: seniors in Heather Lindenmeyer’s first-hour English 101/102 class.

As seniors finished up their last few days in a uniform, they got to enjoy senior shirt signing day. Seniors wore white shirts on their second-to-last day of school and brought colorful markers for fellow classmates and teachers to sign with. Pictured: Economics teacher Aiden Conger signing Mia Kirby’s shirt in the first hour.

For the final two weeks of the school year, seniors are allowed to attend their fourth- and eighth-period classes in-person. Those wanting to participate signed up online, and went through a series of safety measures. Select rooms were also opened up for studying after school for sophomores, juniors and seniors. Pictured: senior Allie Kim taking her temperature before entering the hallway.

Despite remote learning, theater had a jam-packed production season. To mark the success of their final production, Songs for a New World, cast and crew enjoyed a celebratory picnic.