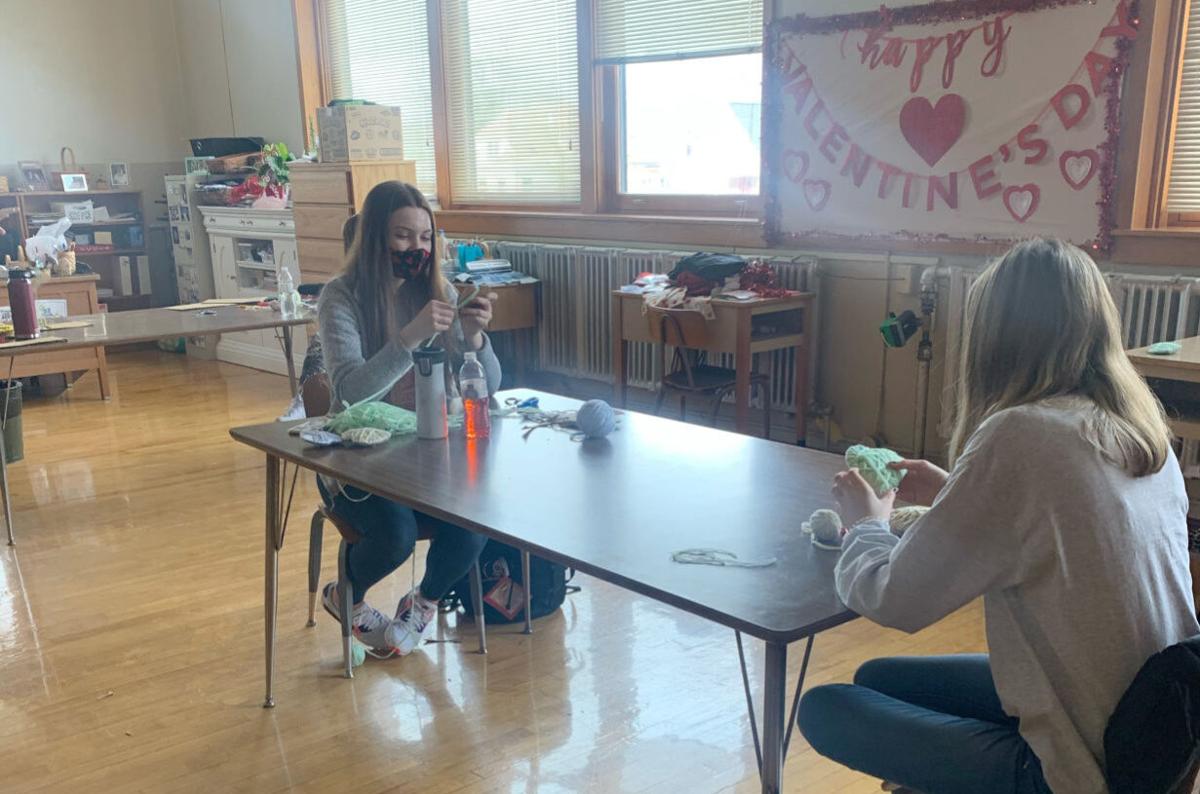 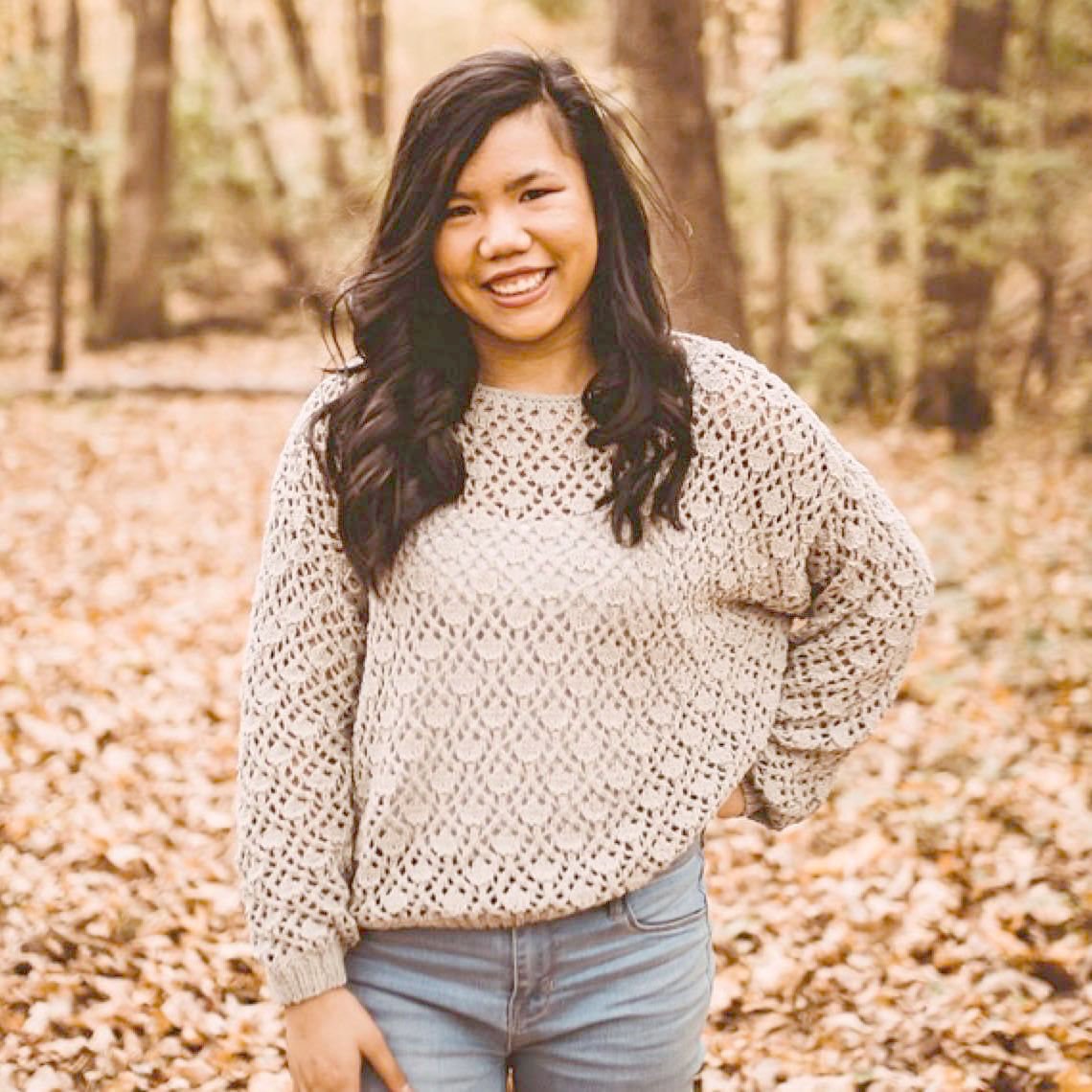 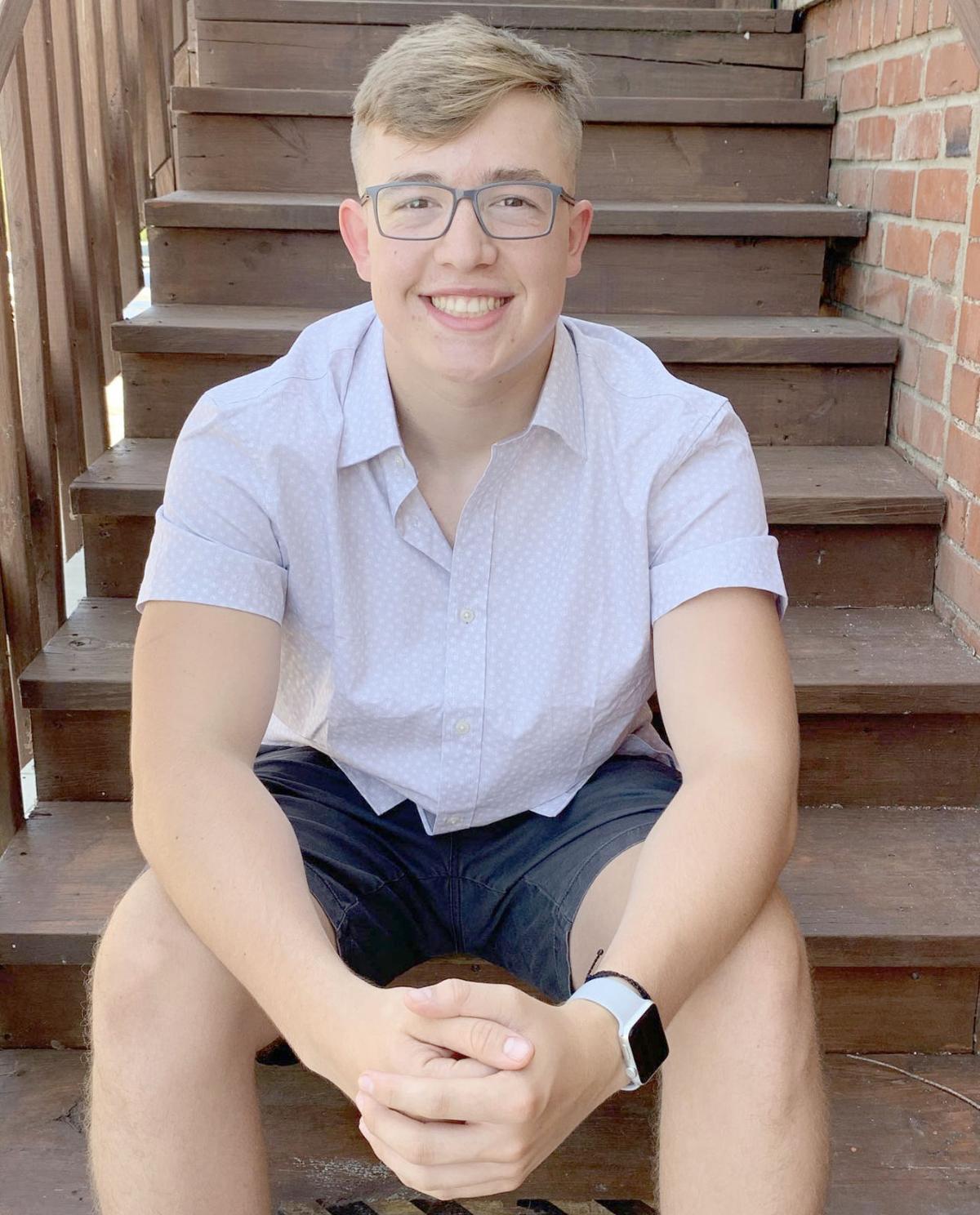 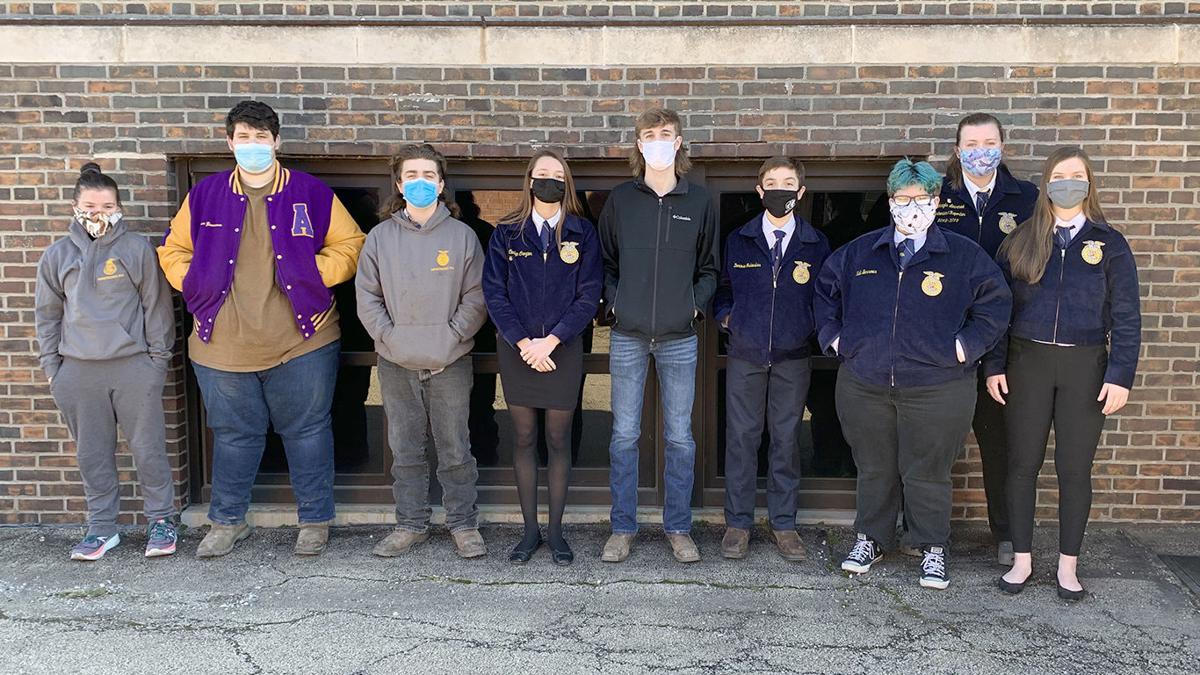 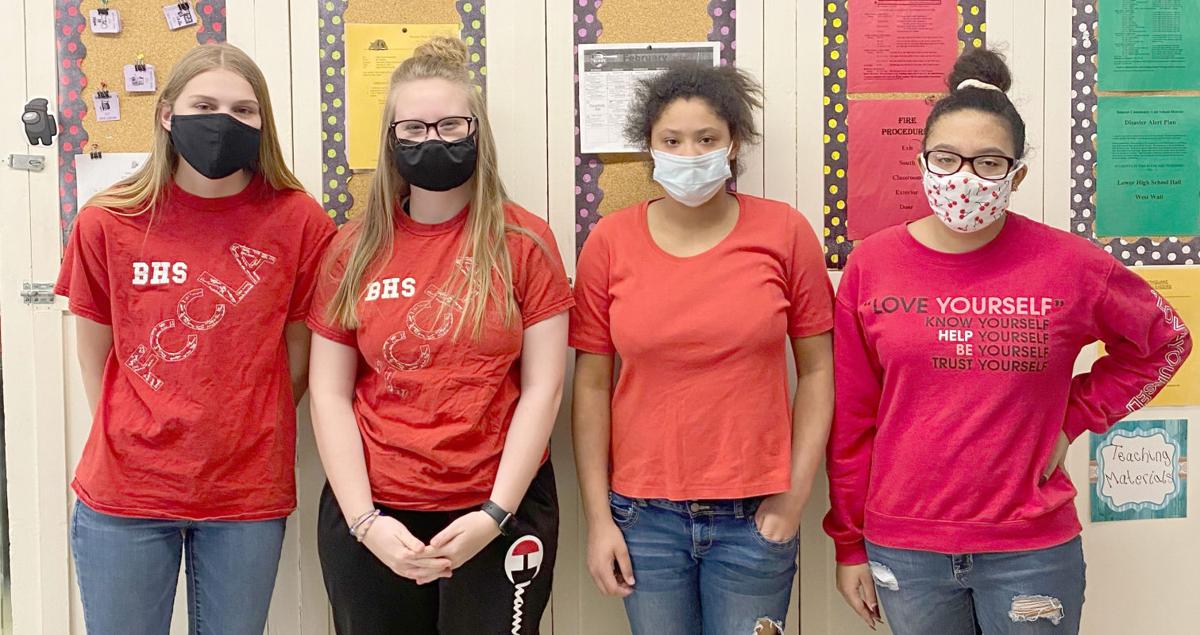 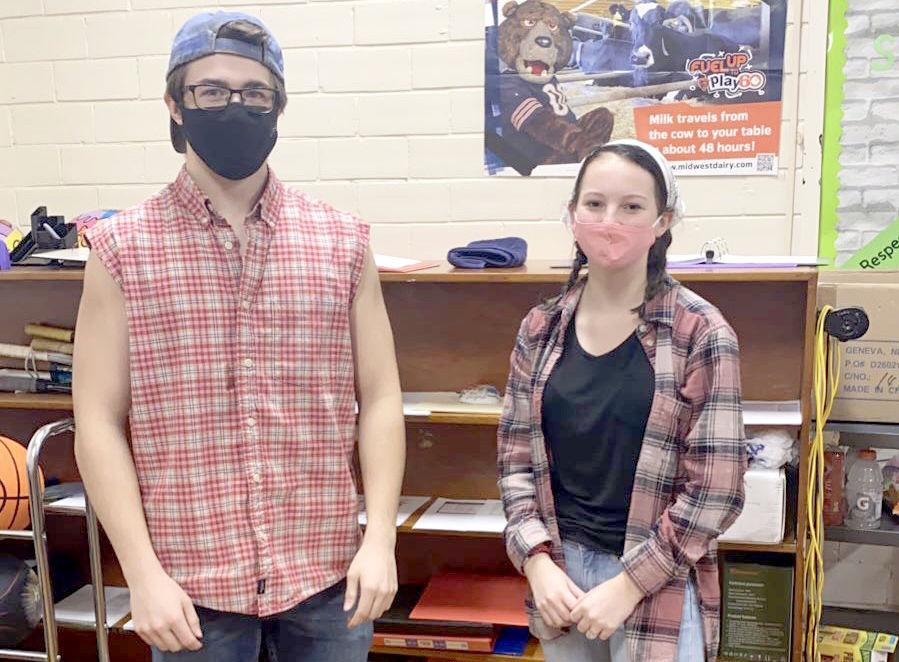 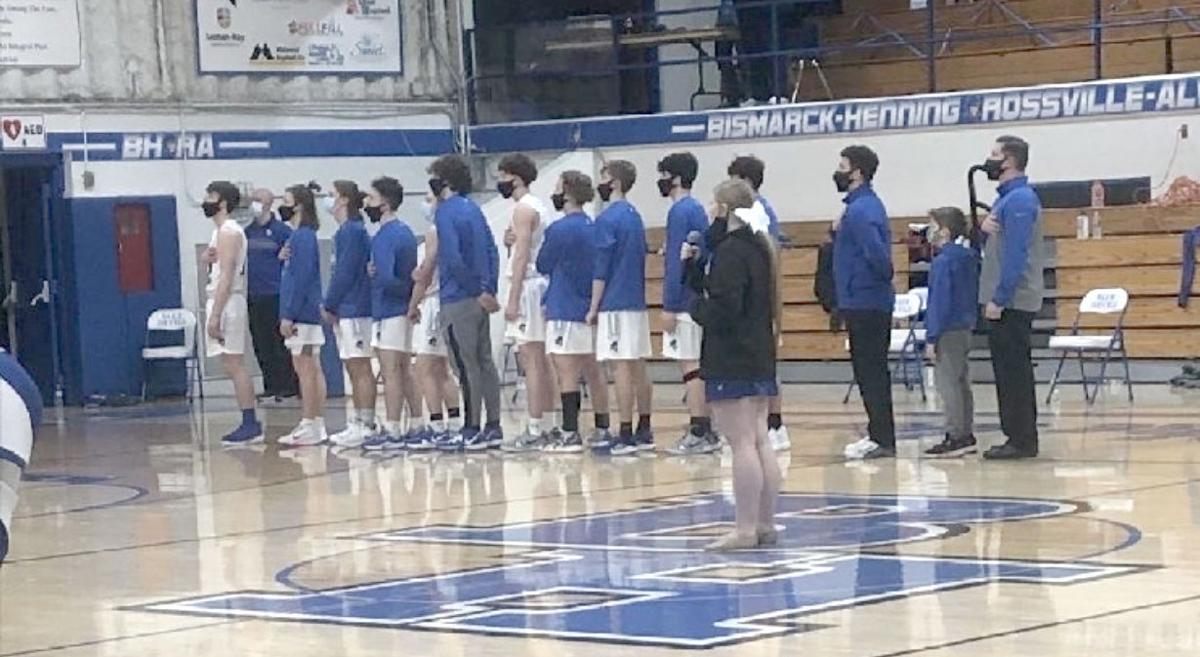 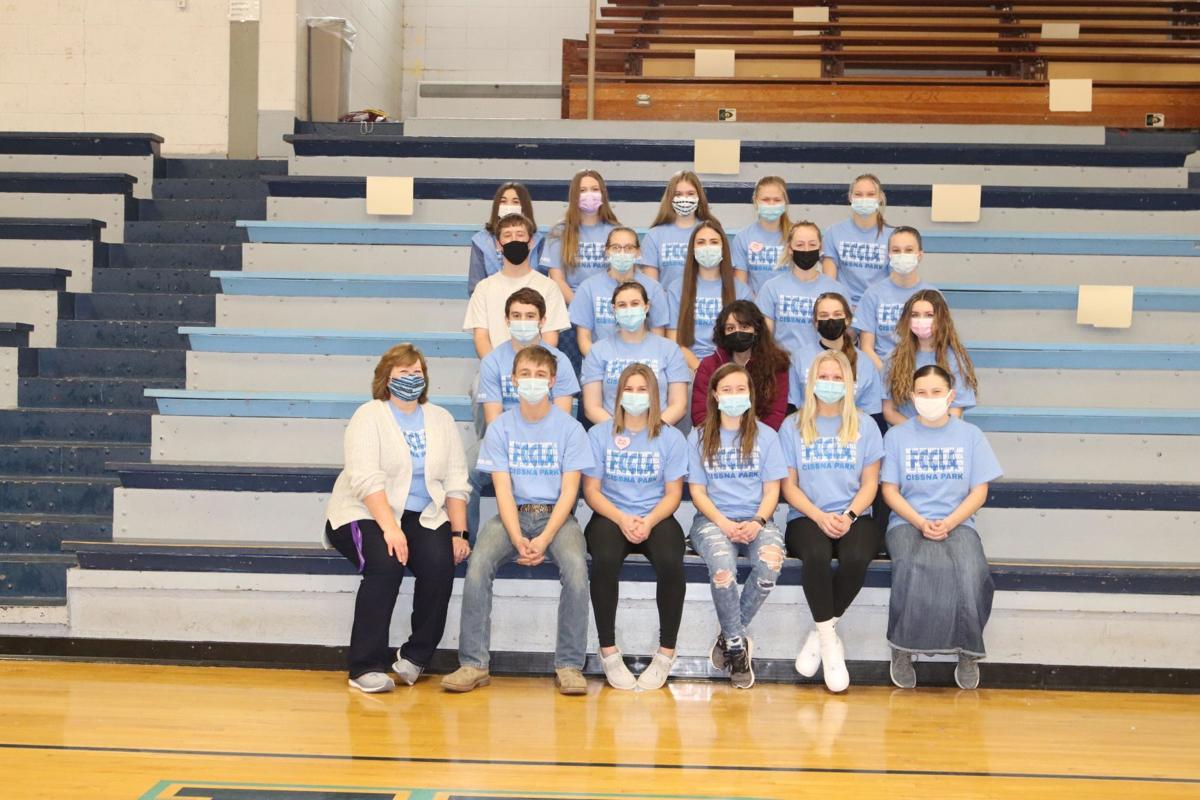 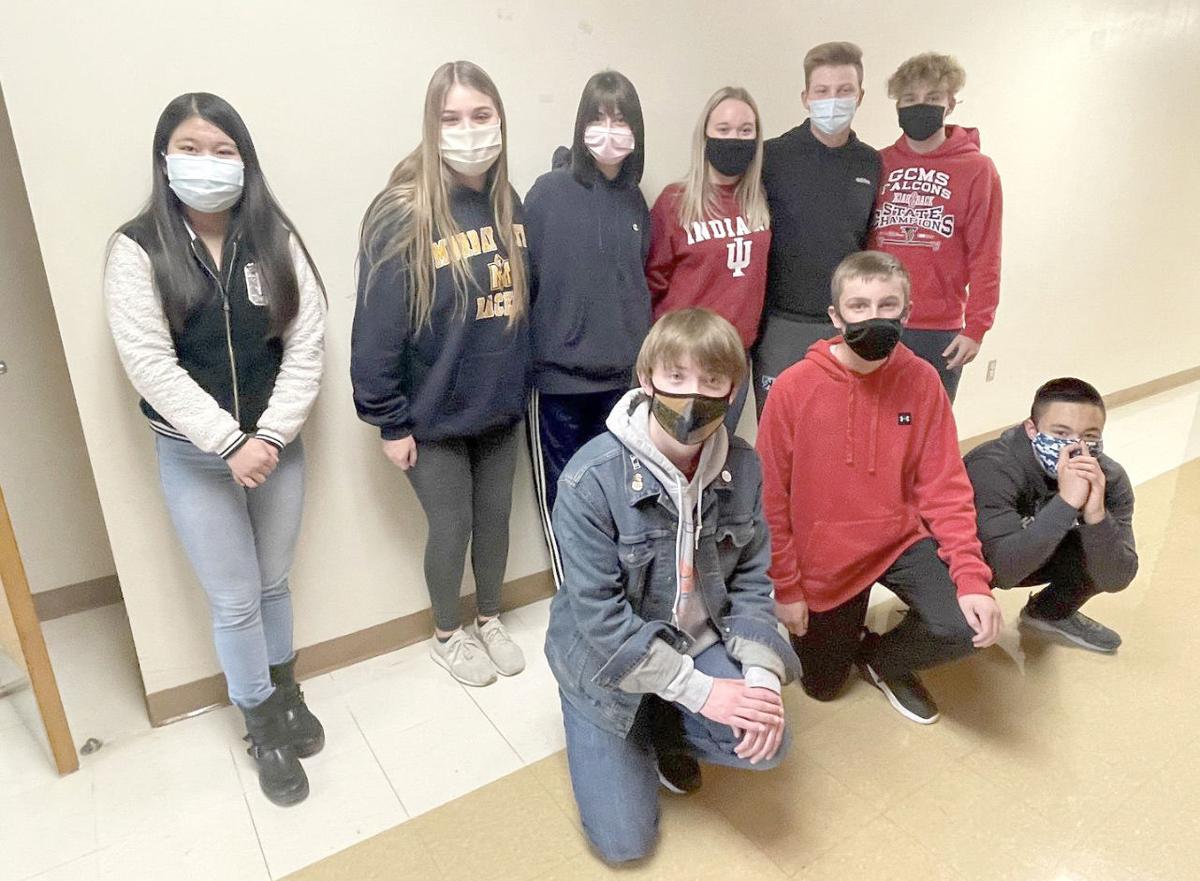 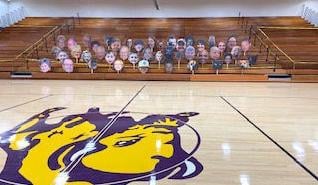 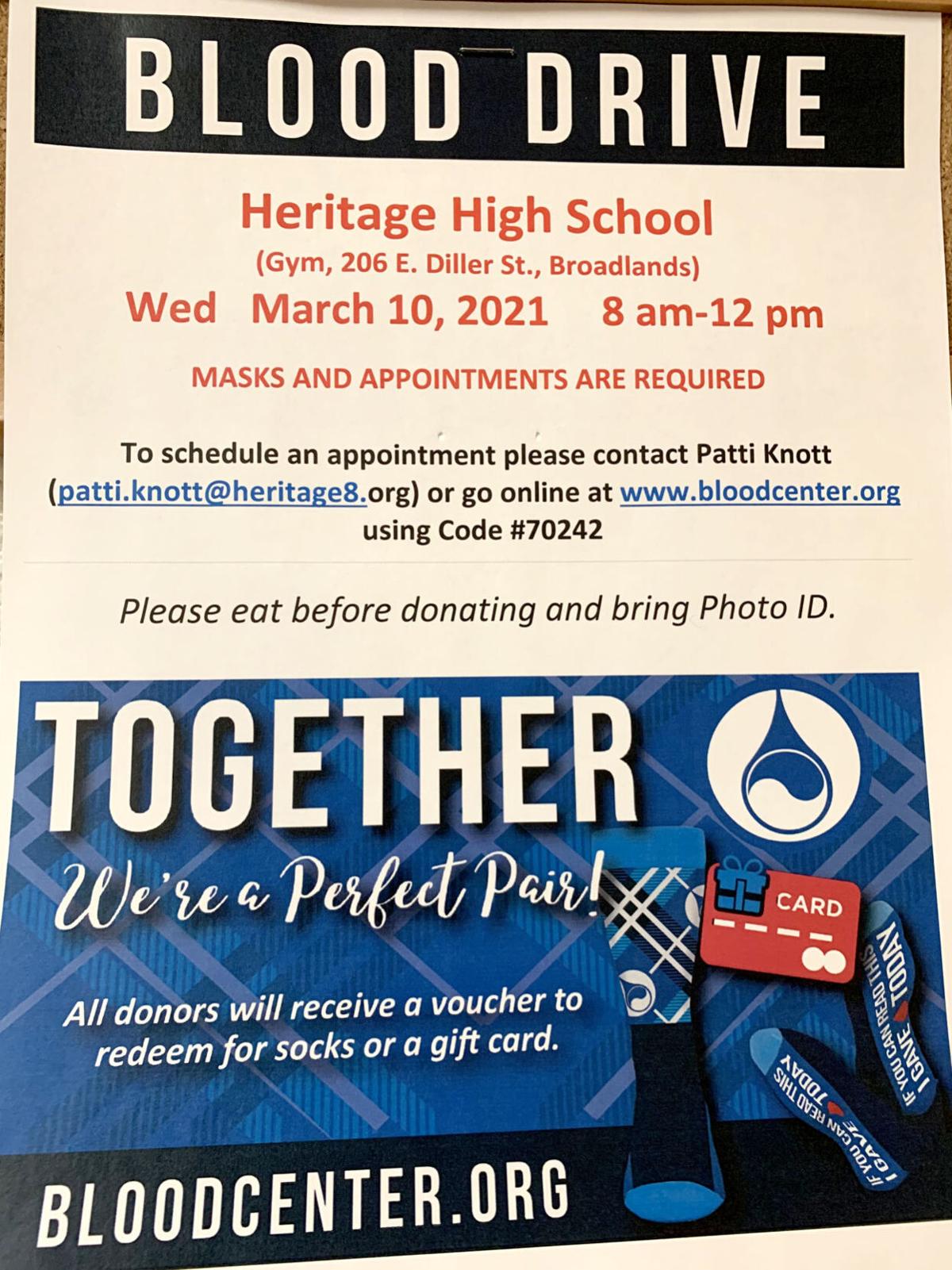 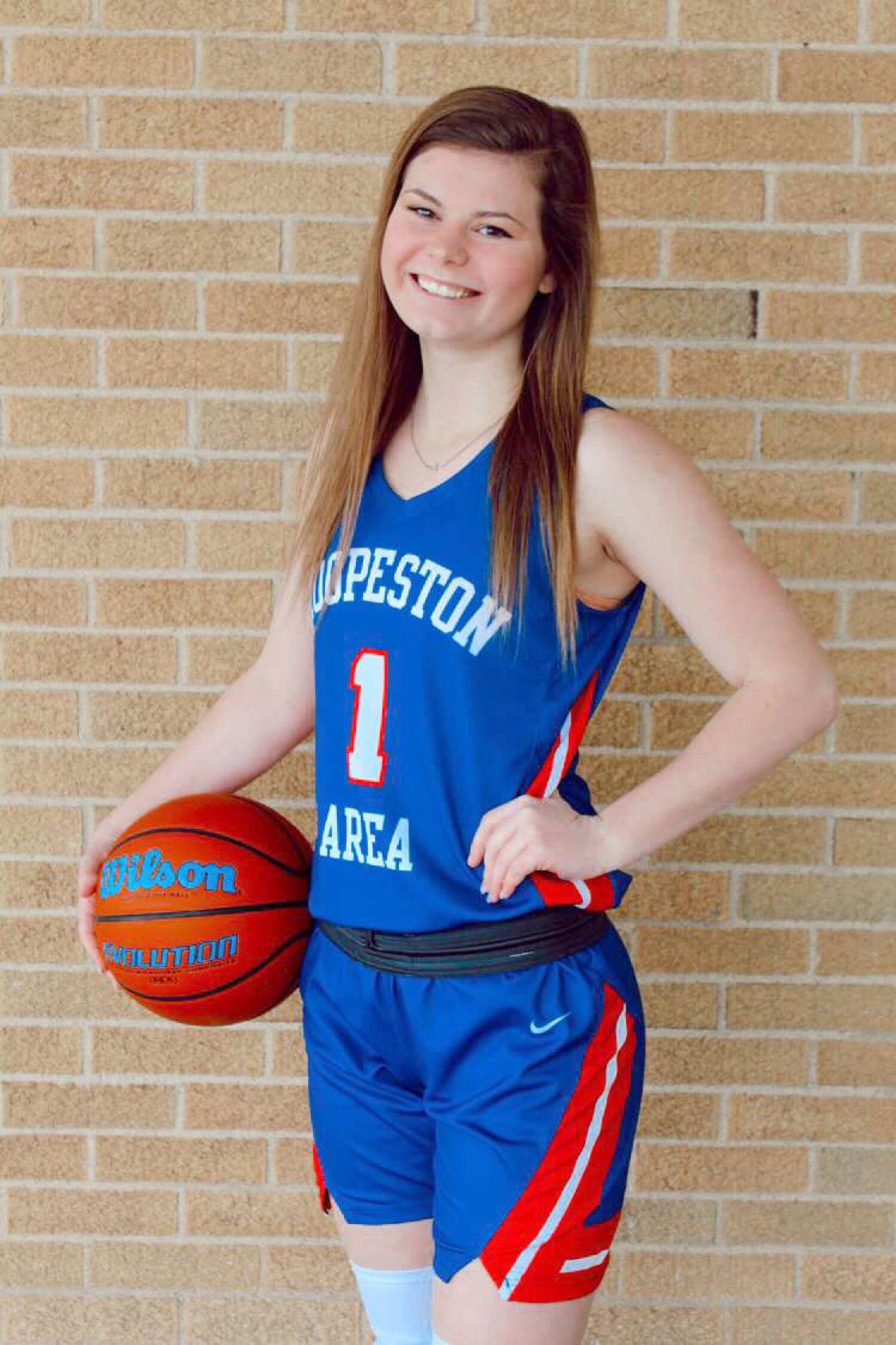 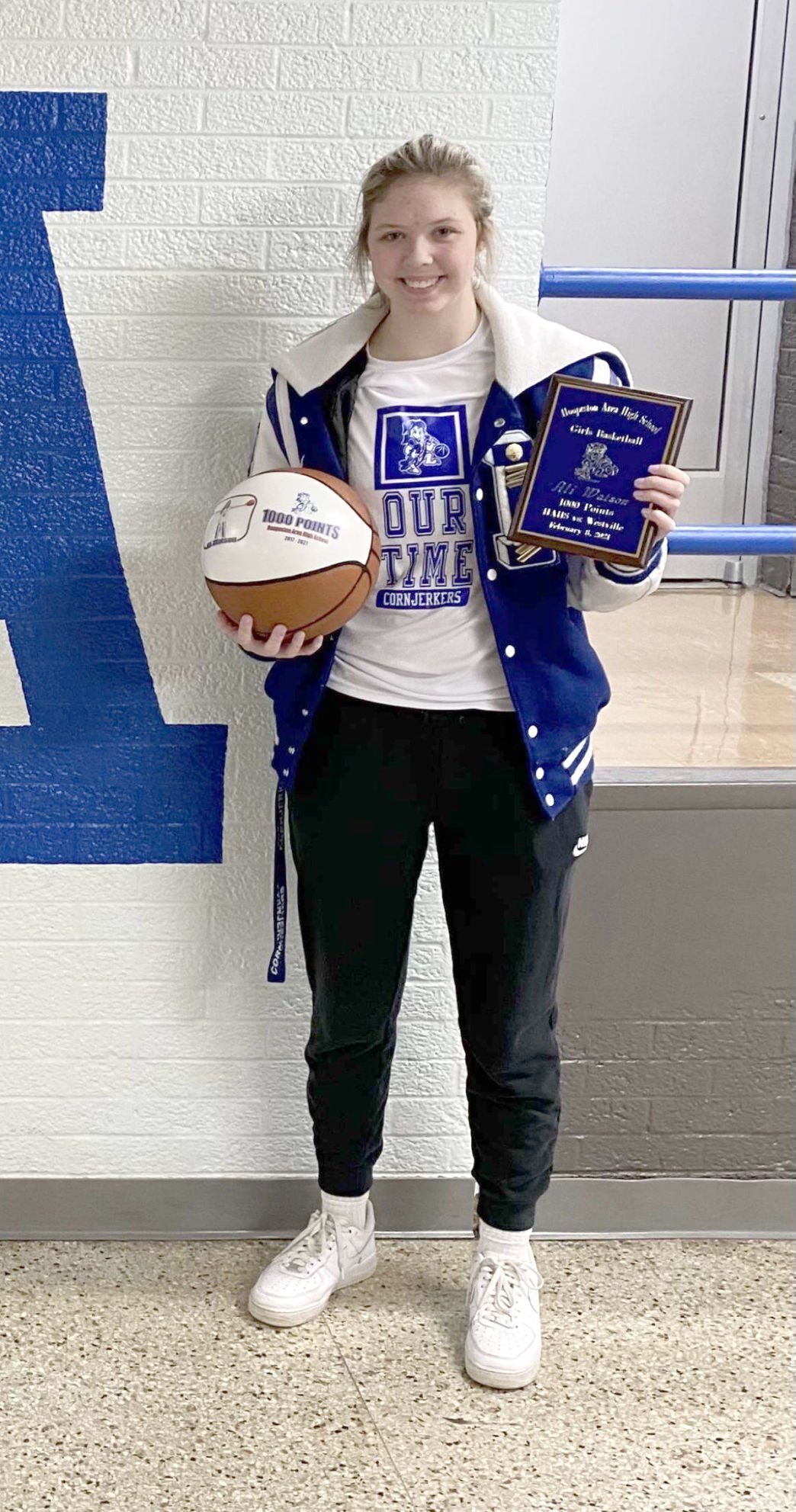 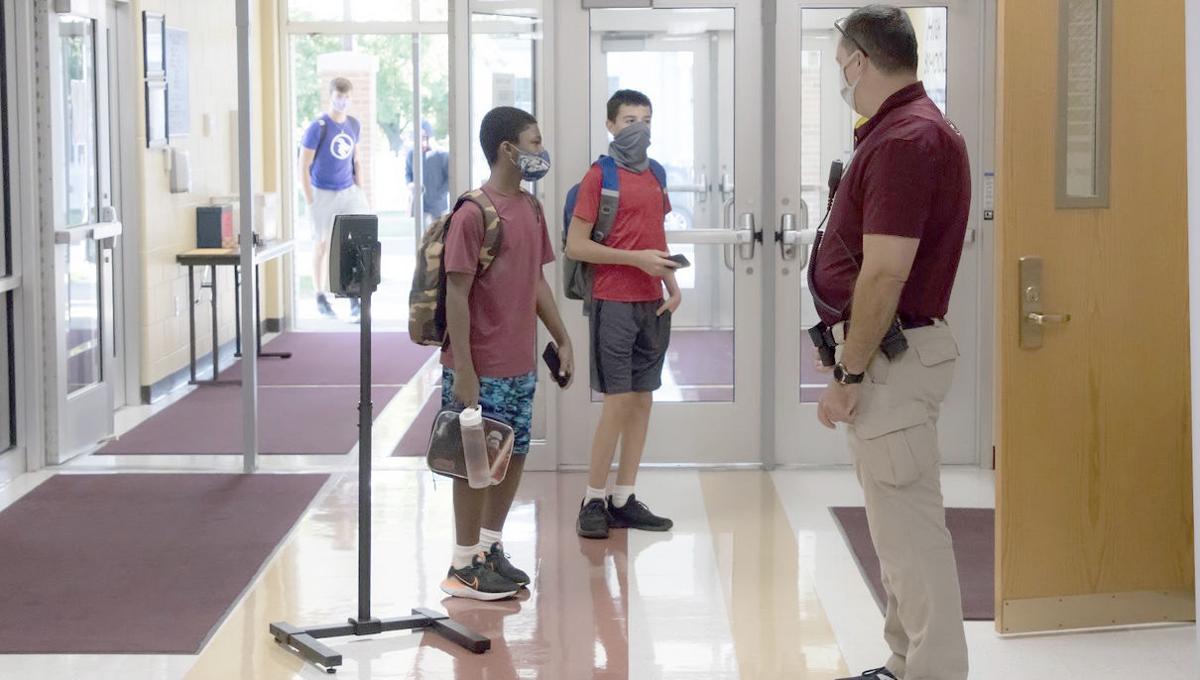 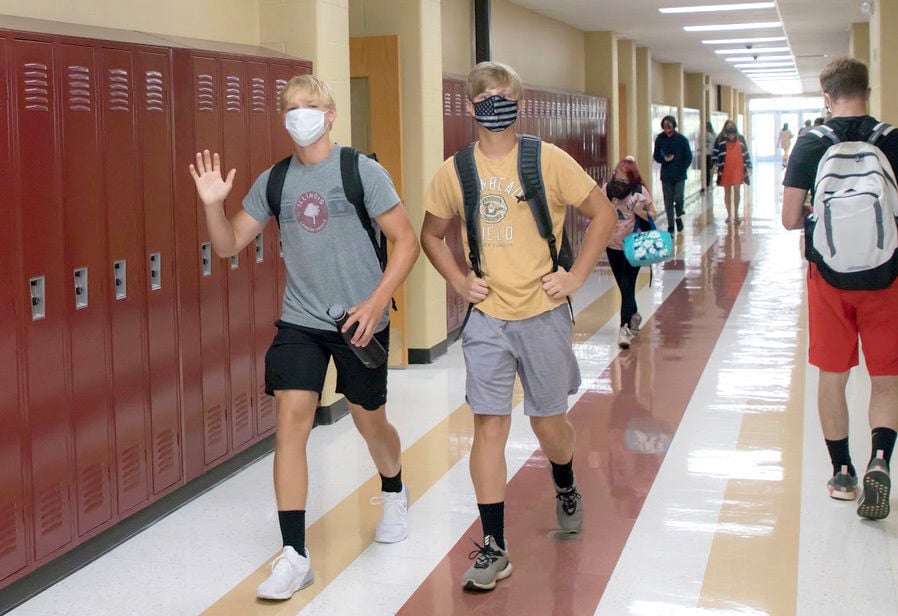 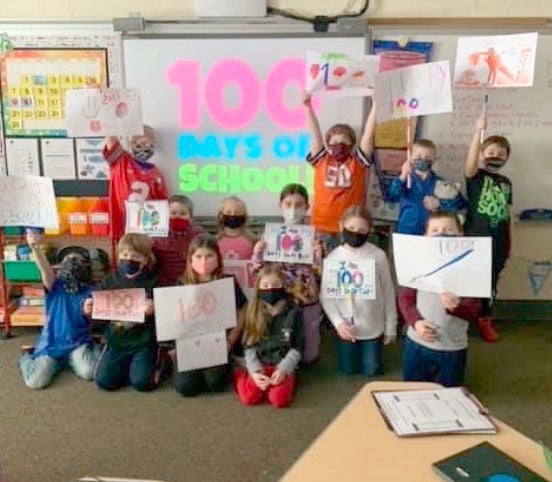 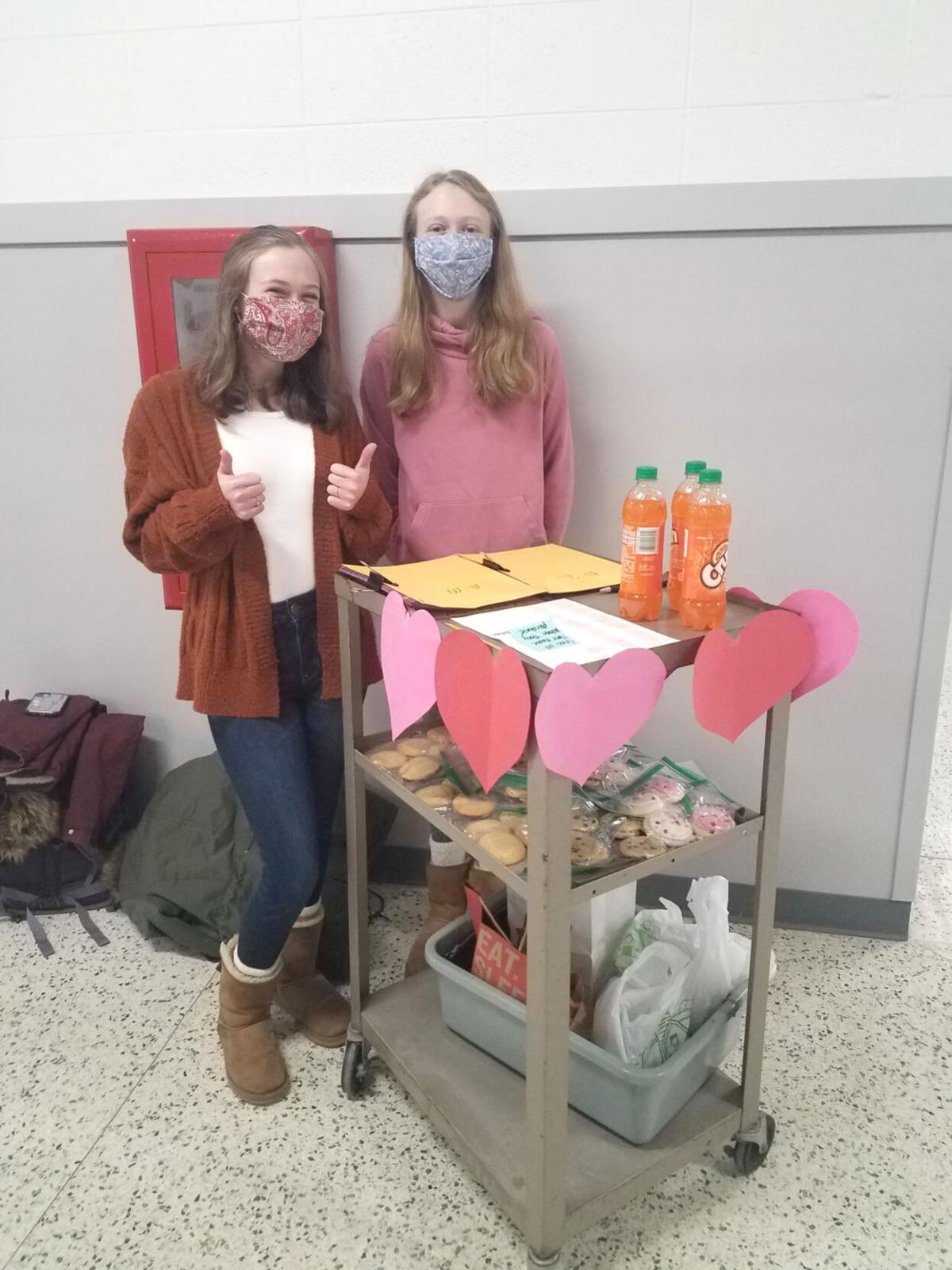 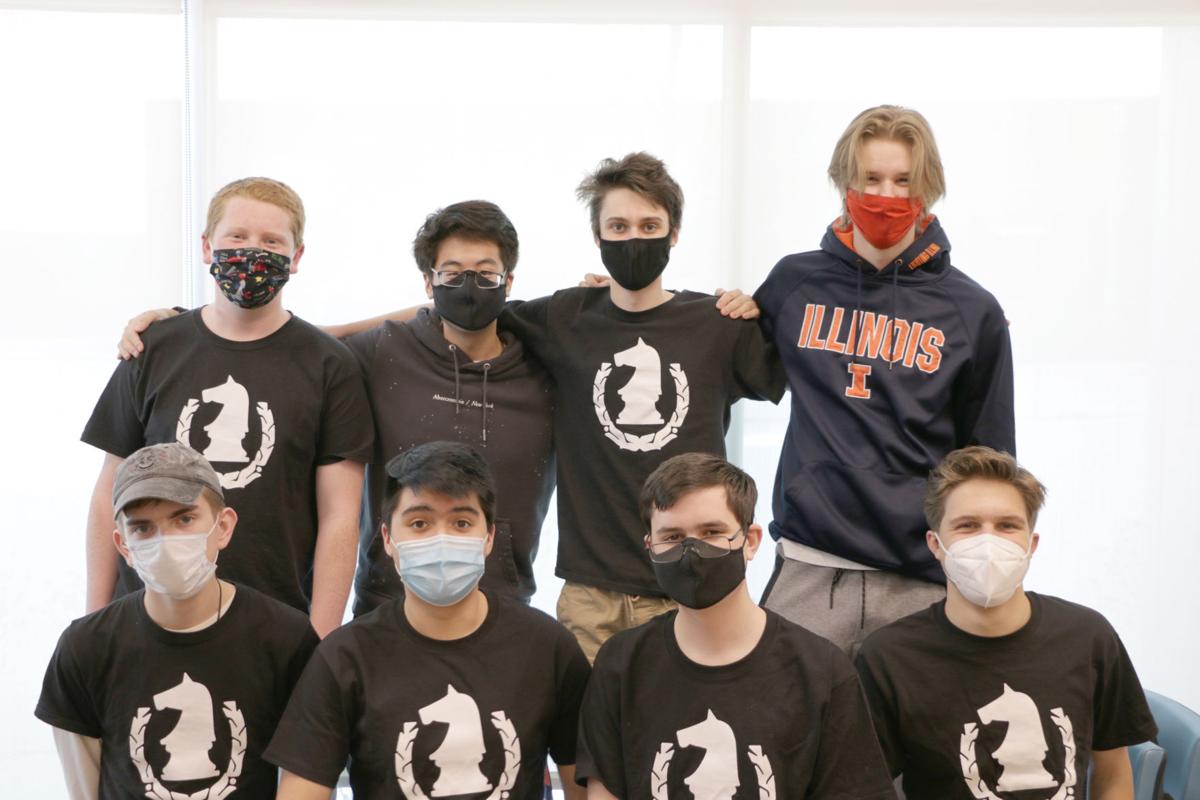 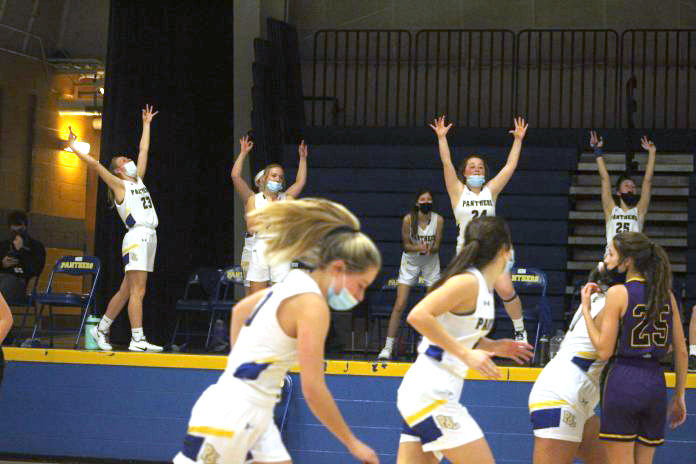 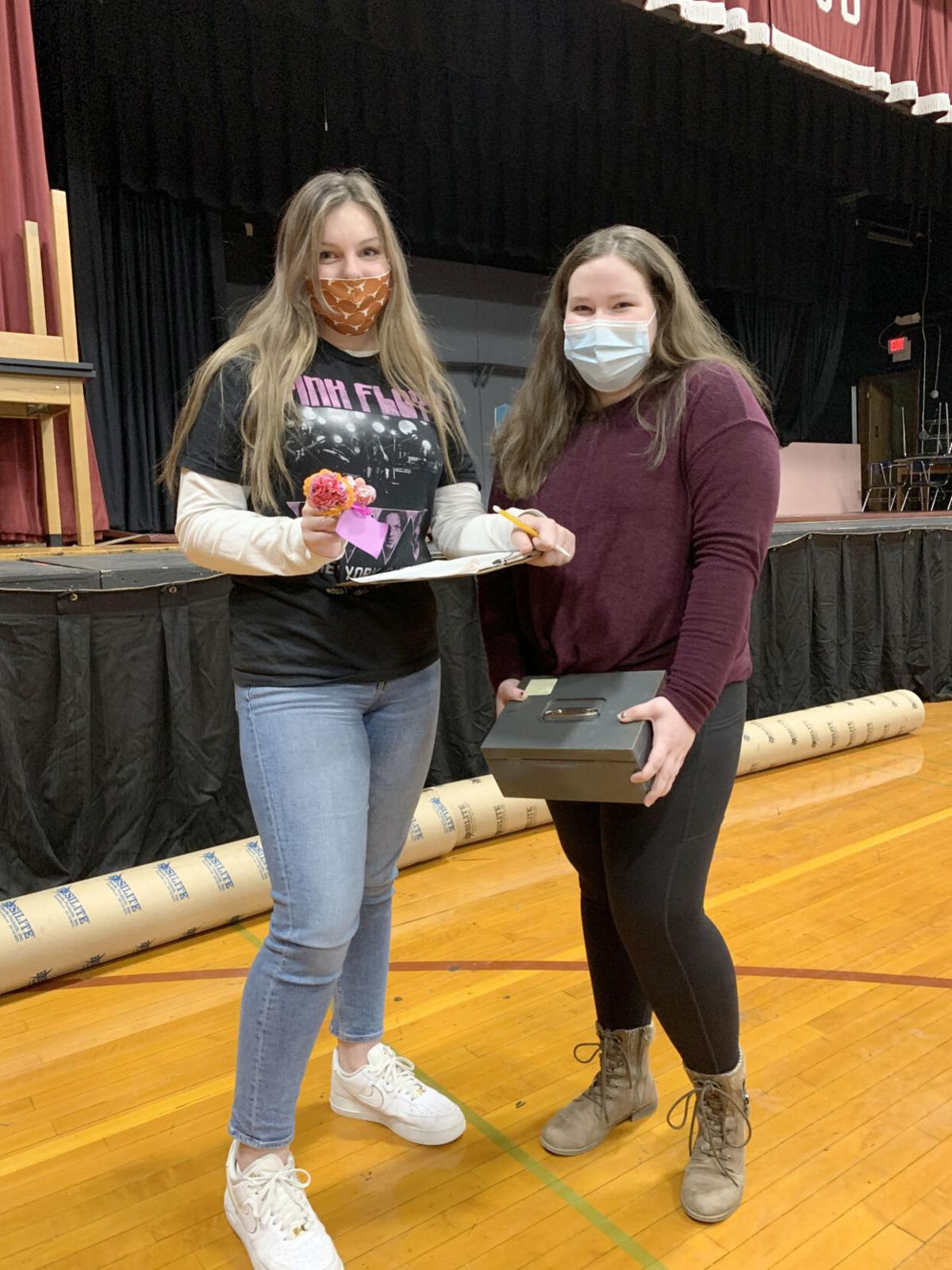 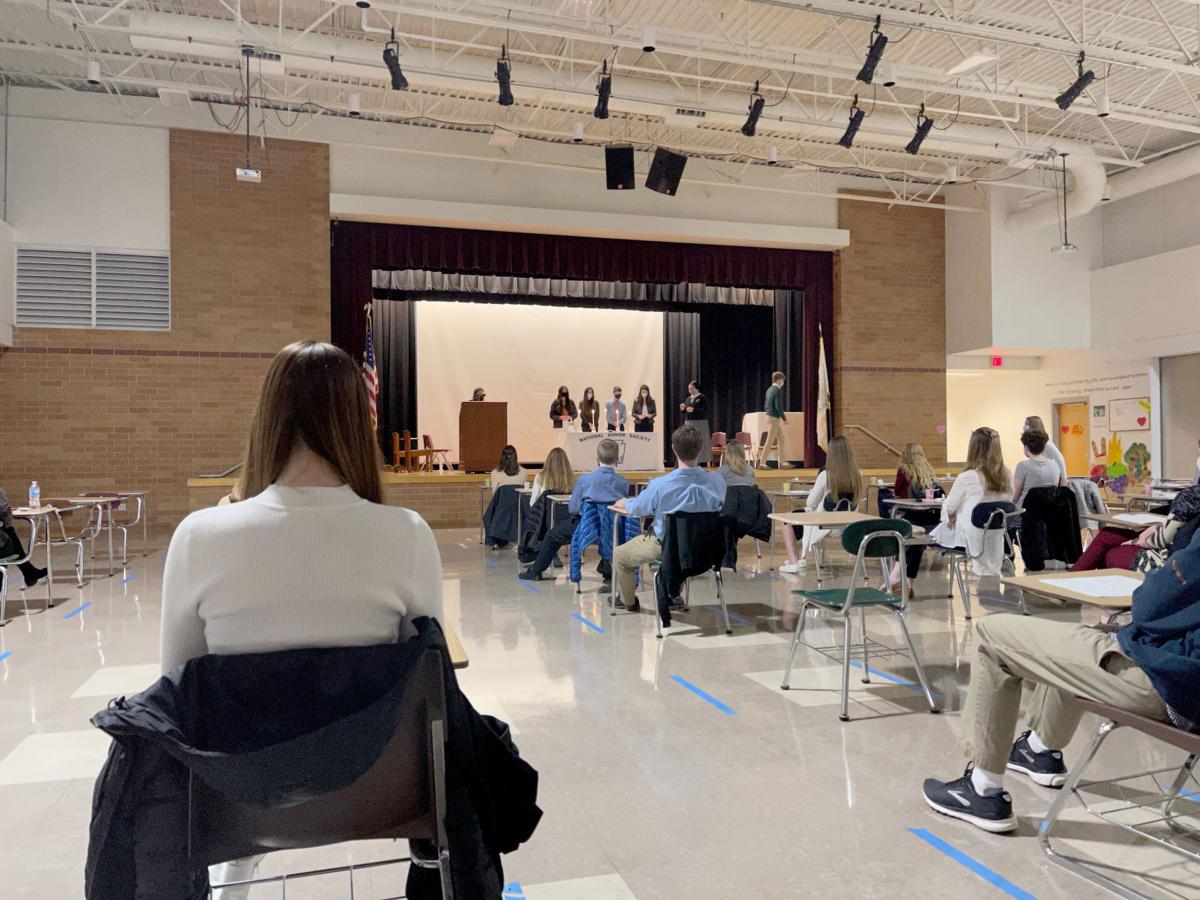 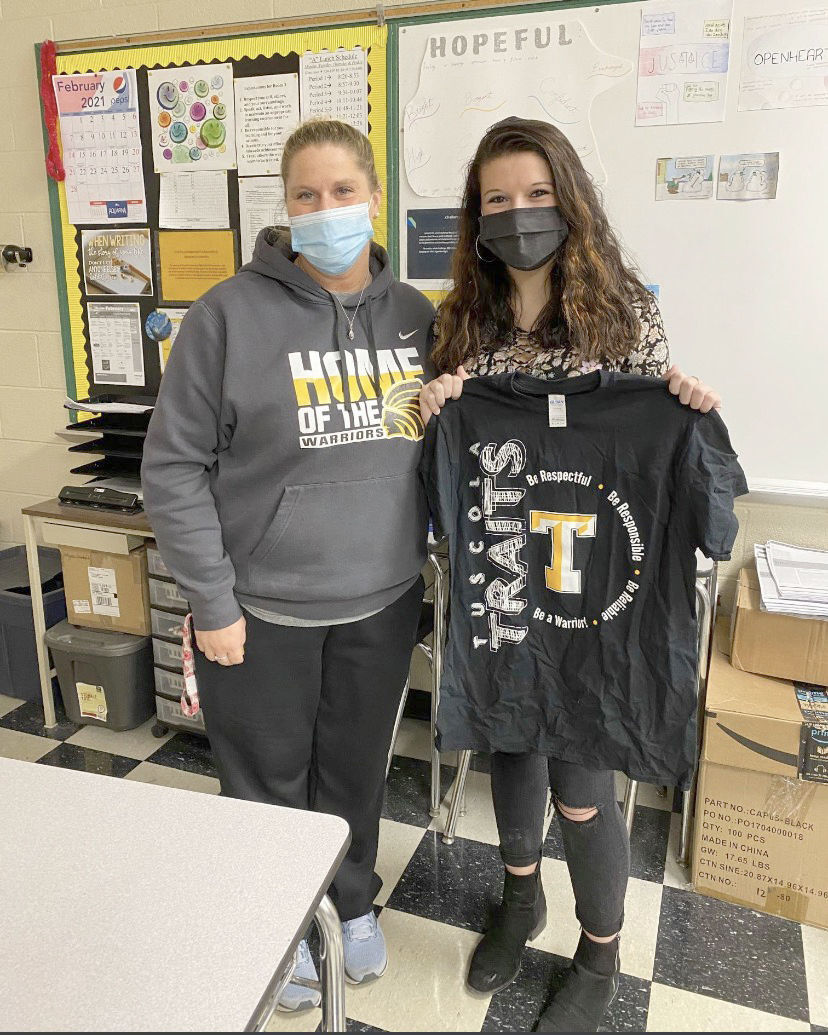 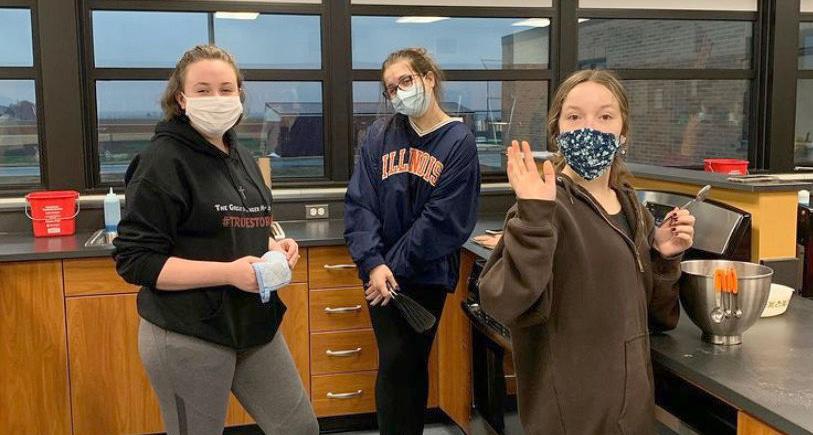 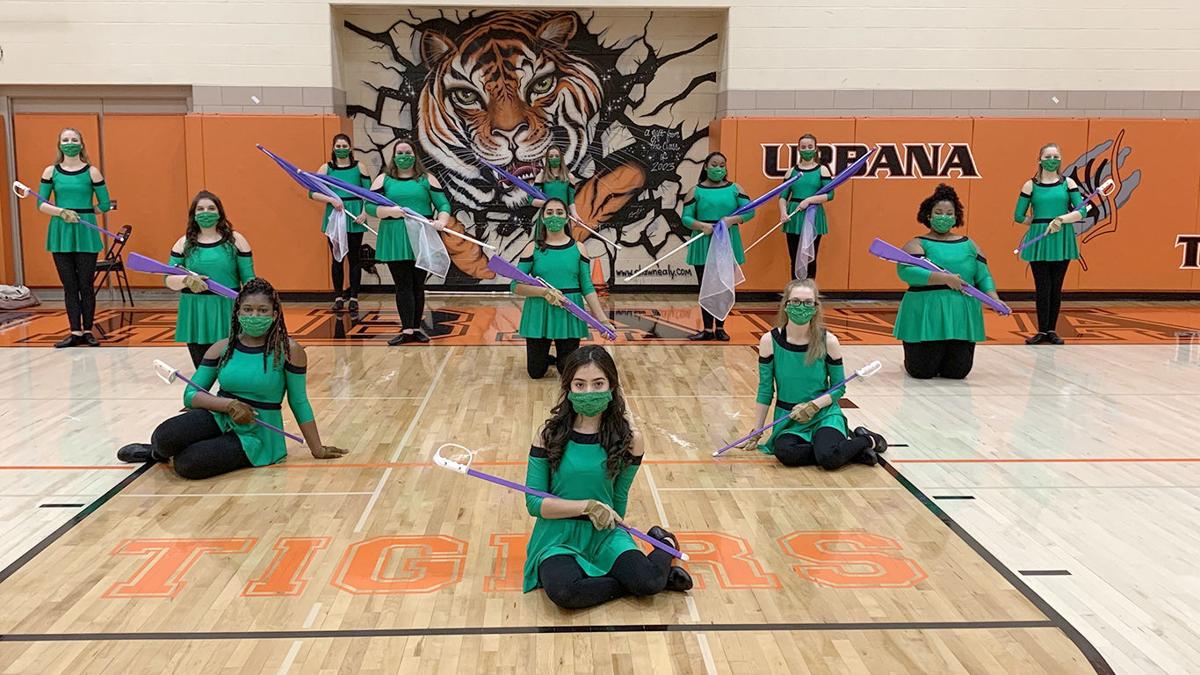 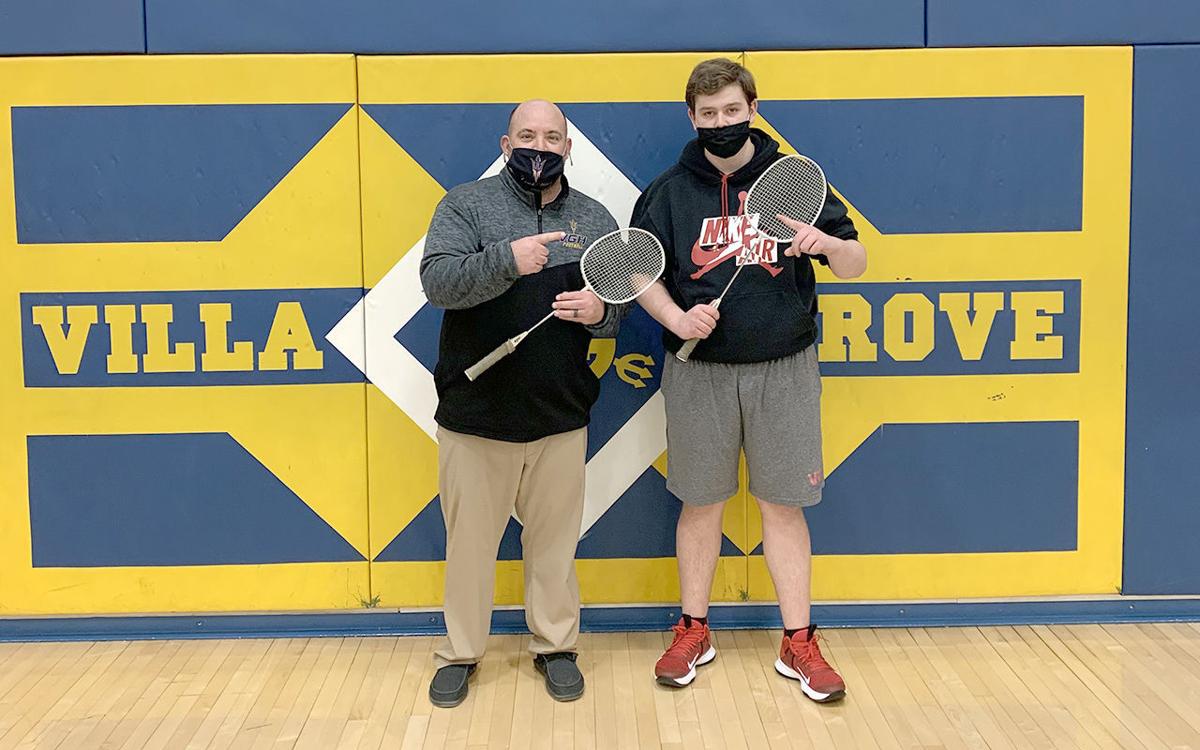 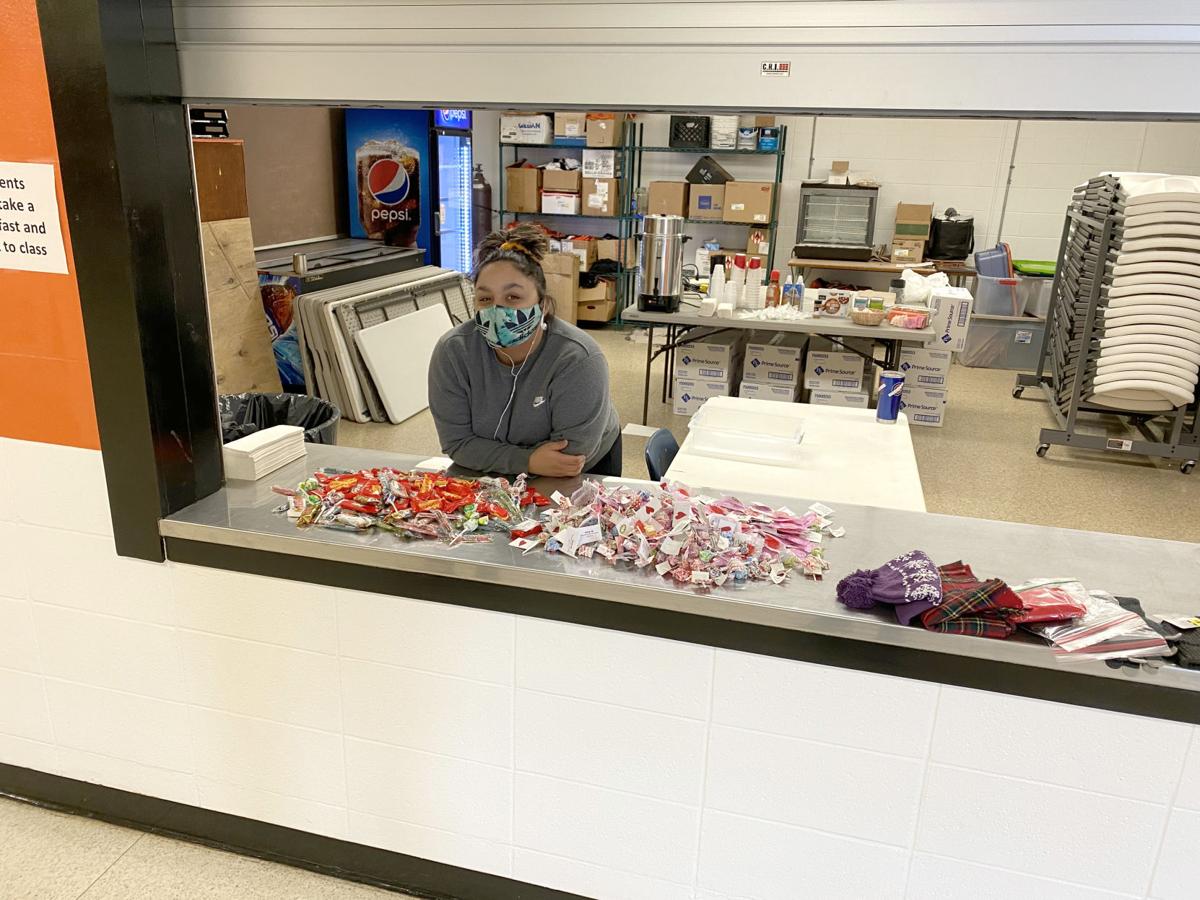 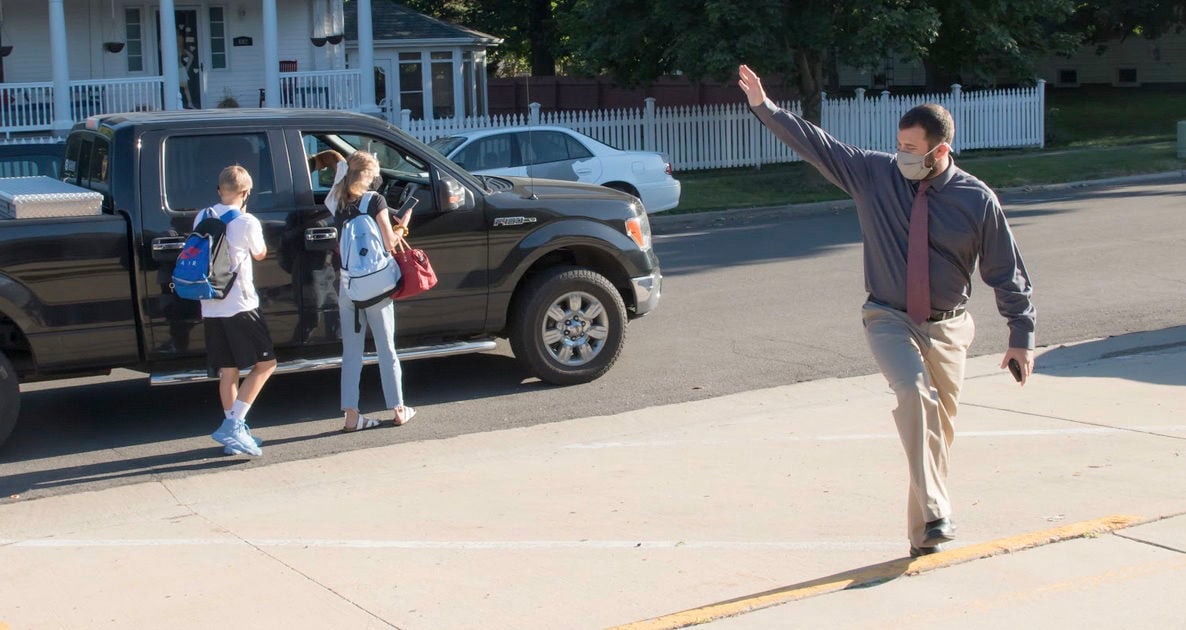 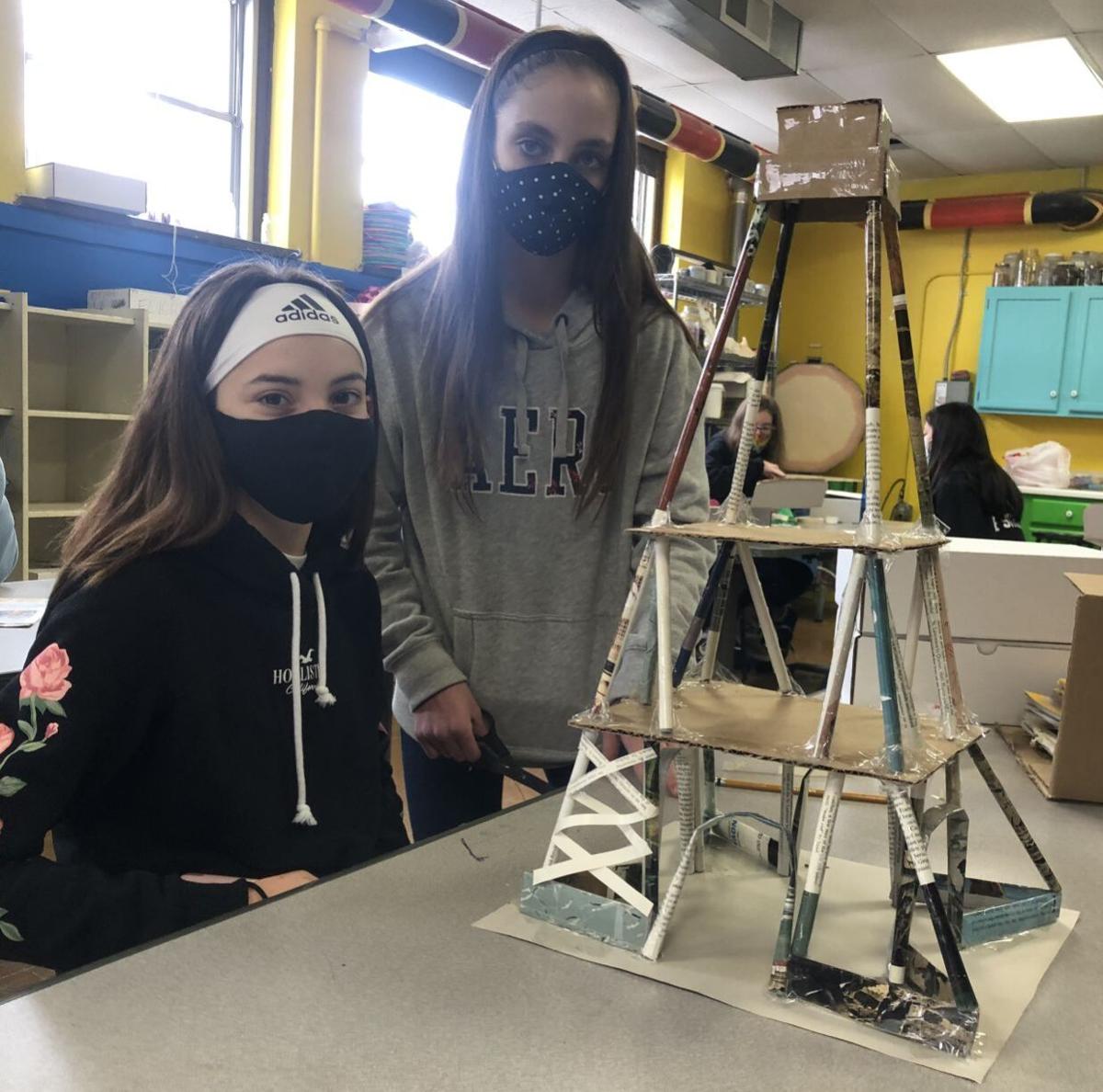 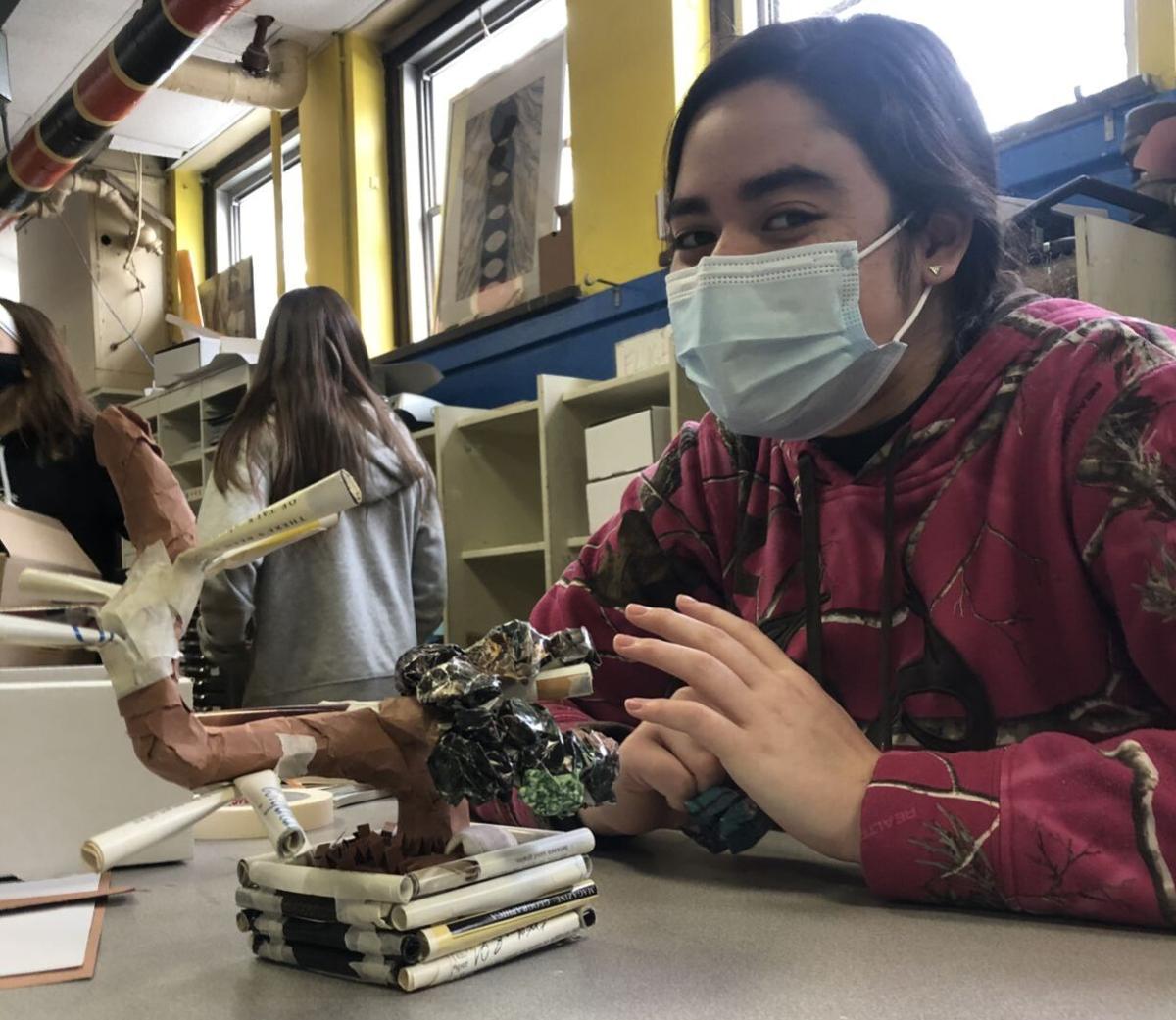 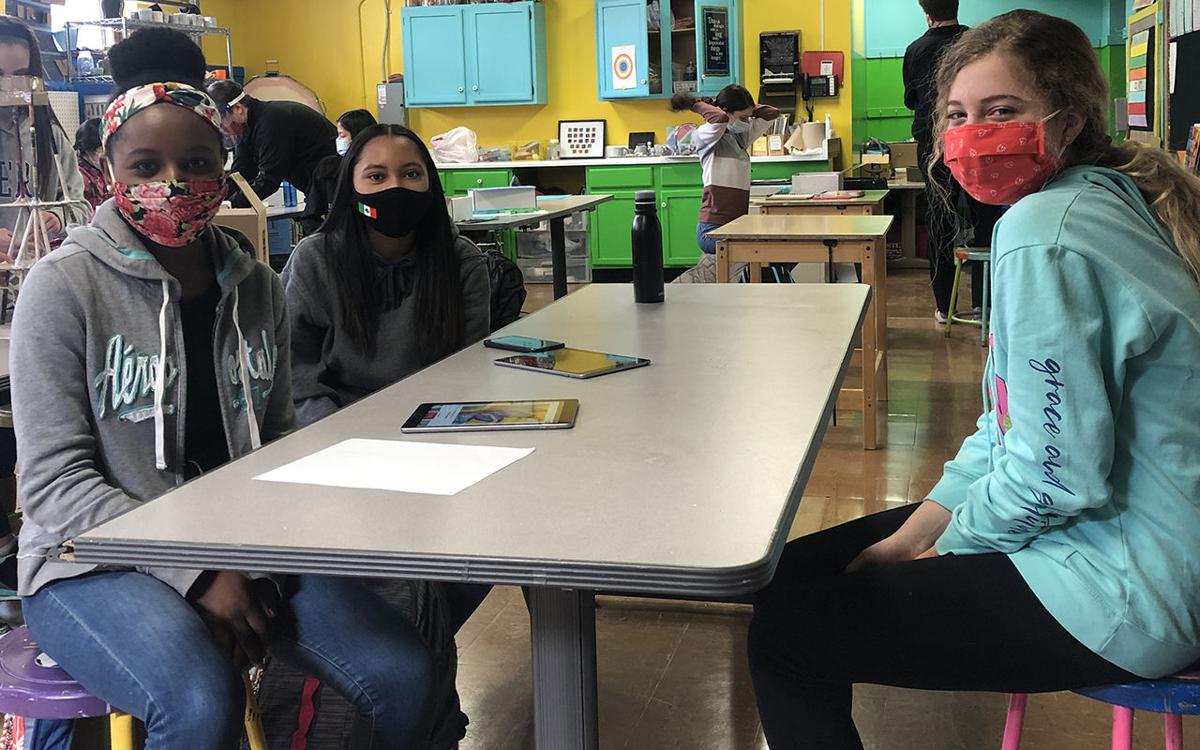 Welcome to Year 5 of High School Confidential, an award-winning project made possible by aspiring student journalists from every corner of our circulation area. Each Friday through May, they’ll tell us what’s happening in their hallways at news-gazette.com.

Once a week, we’ll also hand over our Snapchat account (News-Gazette) to our correspondents for behind-the-scenes tours.

Ellie Strader and Will Klopfleisch were honored as February’s Seniors of the Month.

Preparations continue for this year's play, "Dorothy Meets Alice: The Wizard of Wonderland," as students learn lines and prepare the set. There are 11 named parts in the play as well as several extras, and the students participating range from eighth-graders to seniors. Pictured, left to right: Conner Diorio, Jenna Clemmons, Kira Becker, Katie Landers, Ella Hazzard, Jacob Reynolds, Daniel Bein and Bradon Eby.

Student Senate sold “Fatheads” to our community to show support to the school's athletic programs. The project was a huge success.

National Honor Society is hosting a blood drive from 8 a.m to noon March 10 to give back to the community.

Emma Glotzbach was chosen as the McDonald’s player of the month. She is a senior and has played basketball for four years. Also, Ali Watson scored her 1,000th career point against Westville on Feb. 8. A senior who has also played four years, she plans to play basketball at Lake Land Community College.

The school district celebrated 100 days of in-person learning. Students have been in the building since Aug. 19 thanks to detailed safety and sanitation protocols as well as cooperation between students and staff. Said senior Maren Graybeal, who works at the elementary school: “The elementary school kids have done such a good job with masks, social distancing and sanitizing. Although it is not a normal year in both the elementary school and high school, they have done a great job of keeping us in school for 100 days and have found ways to keep it entertaining.”

Student council sold cookies and Crush the week leading up to Valentine's Day. Students could also buy their Matchomatics results to find out who they were compatible with. Pictured: sisters Sarah and Hannah Hissong.

The varsity and junior varsity girls’ basketball teams won against Monticello, the JV cheering on the Panthers after their game (photo by Andrew Rosten).

In honor of Valentine’s Day, Spanish Club (instructed by teachers Zak Sutton and Brianna Drake) made candy grams that students could buy to send to a friend or valentine. They consisted of a handmade Spanish flower, two suckers and a Spanish saying (for example, "Te amo!"). They were delivered to the students last Wednesday and Thursday. Pictured: Senior Emily Fisher and junior Deanna Cummins selling candy grams during lunch period.

New members of National Honor Society were inducted at the school’s annual ceremony. Pictured:Kambyl Stipes, Cabot Craft and Cooper Hannagan walk the stage to sign the book and receive their membership cards.

Kali Pierce received a Trait Ticket for taking the initiative to help out another student in volleyball coach Lydia Miller's class and for helping her feel included.

The combined Spring Initiative/Habitat for Humanity club hosted a virtual trivia night on Friday, drawing nearly 90 competitors. The club advertised the event more broadly than ever, bringing in two teams from Urbana High School as well as groups of parents and teachers. The event was won by Uni sophomores Amalia Bollero, Mariam Vaid, Clara Wood, Zoya Ahmad and Florence Lin. Though participation was free, teams were encouraged to donate to Spring Initiative, an after-school program in Clarksdale, Miss.

Teachers brought in Valentine’s Day candy assortments to cheer everyone up. Desiree Darnell, who is in the Westville Kindness Club, handed out pieces of candy to every student.