DANVILLE — It’s been seven years since volleyball was set aside at Danville Area Community College.

If a recent push from school officials and community members comes to pass, the sport could return sooner than later.

The prospect of the sport’s return has dominated discussion during public-input portions of recent board meetings and is on the agenda for discussion at today’s board study session.

“Volleyball is a sport where all of the high schools seem to have teams and generate a lot of interest,” DACC President Stephen Nacco said. “DACC is a community college that really wants to have what the community is interested in, so we’re not going to be doing lacrosse or field hockey, but (volleyball) seems that’s it’s a sport here that really resonates.”

Community members from several different organizations, including local high school and club coaches, originally voiced their support of the sport’s return at the Aug. 18 meeting of the DACC Board of Trustees.

“They were players, and they were former DACC students, and their families that have been loyal to DACC. So it really was heartwarming to hear from those people,” Naaco said. “As a club sport, we would see how it worked and whether we really did generate enough interest to build it to be able to apply to become part of the NJCAA within a year or two. That’s at least the broad-brush plan.”

Among those who spoke at the meeting was Emily Franklin, co-owner of Stateline Pride Volleyball Club and head coach at Salt Fork High School.

Franklin and others have noticed a spike in energy surrounding the sport since the DACC team played its last set in 2015 and know its potential return could bring plenty of positives for area athletes.

“I feel like volleyball is a gold mine at this point,” Franklin said. “It’s spiked in interest. In a lot of states, it’s the number-one girls sport right now. And we’re the only one in the (Mid-West Athletic Conference) that doesn’t have a volleyball program.”

The Sept. 22 board meeting didn’t draw as many supporters as the one in August, mainly because it was scheduled against a busy slate of high school matches in Vermilion County.

But those who showed up made their presence known, and Nacco hopes the board can reach a conclusion at its next meeting, set for Oct. 20.

Three options are on the table: bringing the sport back full time within a year, bringing it back within two years or tabling the possibility for later.

“If the board really wants to do it, we absolutely can do it,” Nacco said. “And we could do it as soon as the fall of 2023, or it could be the plan of doing it a year later, but hiring a coach right away to start building the program … I think, absolutely we’ll know by Oct. 20.”

All of the equipment that the Jaguars used for the sport was donated to other clubs and teams after the school discontinued the program. It’s a hurdle that Nacco believes can be overcome by sourcing donations for new equipment and potentially finding a naming-rights sponsor to help offset the cost of other new tools.

Though DACC’s gym still has blocks in the floor that allow for the net to be installed and removed as needed, gym space is another issue the school will have to face.

Other sports teams and events use its facilities on a regular basis; baseball and softball use the gym to train in fall months before basketball takes center stage in early November.

“We don’t really want to necessarily be stuck at a facility where we’re going to be like second-class citizens, (like) OK, yeah, you can use our gym, but you’ve got to come at 10 p.m.,’” Nacco said. “It’s like, ‘No thanks, we’re a college,’ and we value our student athletes, and we’re not going to be treated that way.”

DACC’s standing within the community could prove advantageous as it looks to resurrect the program.

“I’ve never lived or worked in a community that cared more about its local community college than this one,” Nacco said, noting that DACC has hosted the NJCAA Division II men’s basketball tournament for nearly three decades.

“There is that sense of association when you talk about the national tournament … we get 400 locals who aren’t even at DACC and maybe not even connected who come out to volunteer every year,” he said.

While Naaco is mindful of the material challenges facing the sport’s return, the groundswell of local support could be enough to offset the hurdles.

Franklin believes there are more than enough coaches in the area to build excitement around the program.

“I don’t necessarily know what’s realistic for them or what their thoughts are, but I know that if they were to say, ‘We want to do this tomorrow,’ they probably have four options of coaches that can lead successful programs to maybe championships,” Franklin said. “If you give the program a chance within a couple of years to build and bring in some athletes, then it’s all there.”

Proponents of the move argue that volleyball at DACC could equate to another locally based avenue for area athletes to continue their playing careers.

Volleyball also has the potential to stop an exodus of Vermilion County’s best players, many of whom leave to play at other programs within the region.

“It gives some kids an opportunity to, one, advance their athletic careers and then also maybe even some opportunities for some scholarships and stuff,” Salt Fork High School athletic director Dustin Dees said. “It’s only going to make things better for us.”

DACC competes in the Mid-West Athletic Conference across all of its sports, including men’s and women’s basketball, baseball, softball and golf.

The Jaguars would enter a competitive MWAC volleyball landscape that includes Parkland, which amassed an 146-8 record, an NJCAA championship and two runner-up finishes from 2019-’21.

“I think in college, you just learn so much more about yourself and how to be great teammates and a great mentee, and also a mentor for young kids who are watching you at the college level,” said Cliff Hastings, head coach at Parkland and director of the Prime Time Volleyball Club. “The more opportunities in the area that we can provide is awesome.

“As the Parkland coach … I guess, one, it’s just nice to have opponents to play that are a nice drivable distance at the very operational level … at the junior-college level, while we all want to win and be successful, there’s also a real level of camaraderie and enjoyment of each other.”

According to Nacco, one potential path forward is that the school would add volleyball at the club level to gauge interest before pushing forward at the NJCAA level.

Volleyball would join a club scene that already boasts several popular programs, some of which compete on a national level.

“We’re playing e-sports against Ohio State, Louisiana State, but also Danville High School, Heartland Community College,” Nacco said. “They have a whole group of competition, but they’re doing it at a club level. So volleyball would probably have to be that for at least a year, something on a club level finding competition; that might be high school, it might be traveling teams.”

If and when the program starts, it already has the backing of the surrounding community.

“I feel like the athletes around the area have kind of spoken for themselves,” Franklin said. “We’re here, the talent’s here, we would love to do it. We just need a program. And so we’re just gonna keep pushing that approach and showing how interested everybody really is in coming to DACC if there is a volleyball program, and really pushing DACC to grow more.” 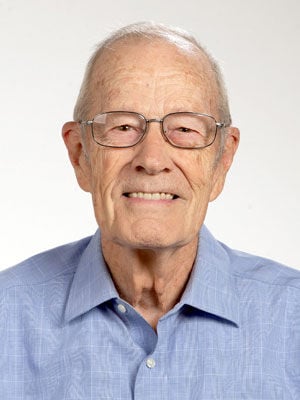