The exterior of the new addition St. Thomas Catholic School is shown Thursday, Jan. 23, 2020, in Philo. 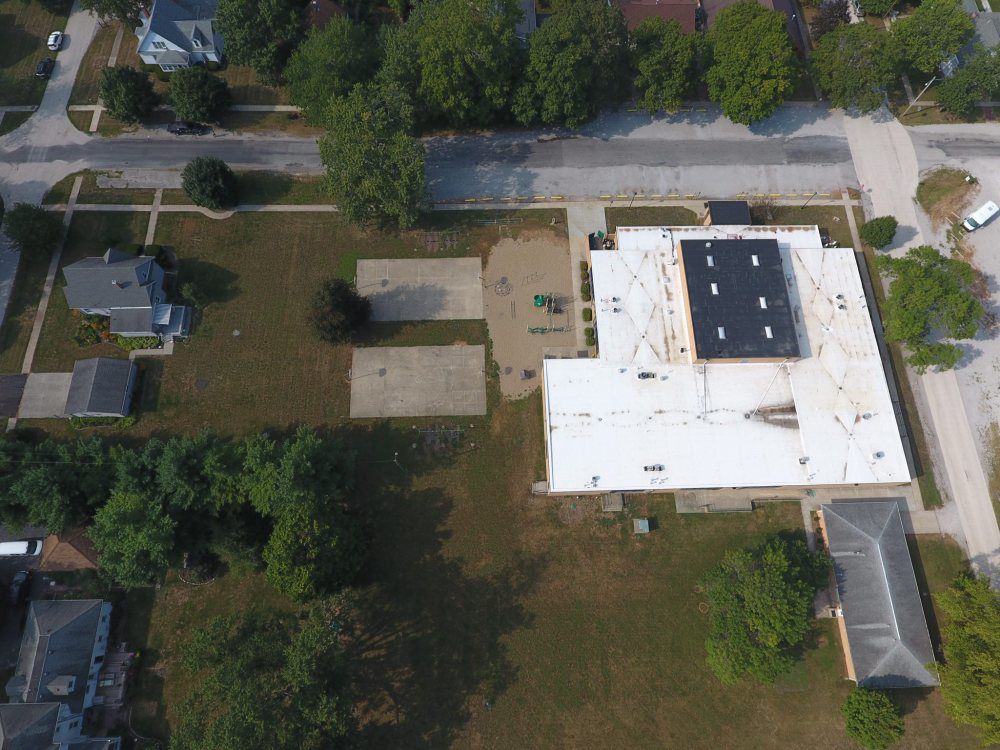 An aerial view of St. Thomas Catholic School in Philo before its expansion. 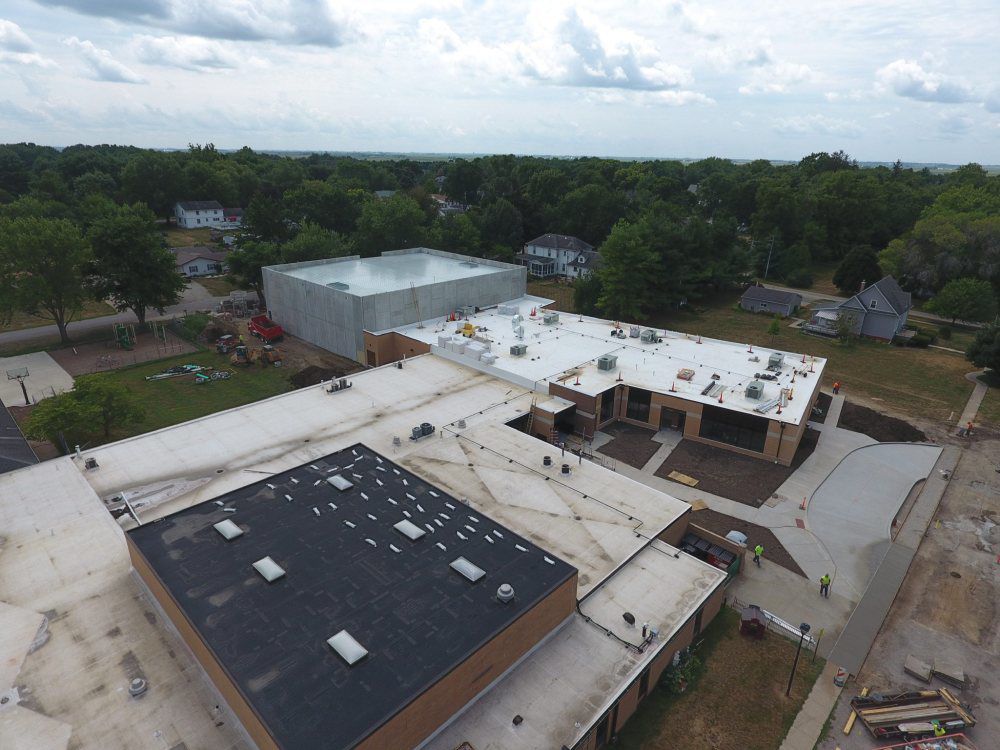 An aerial view of St. Thomas Catholic School in Philo as work continued on its new addition.

The exterior of the new addition St. Thomas Catholic School is shown Thursday, Jan. 23, 2020, in Philo.

An aerial view of St. Thomas Catholic School in Philo before its expansion.

An aerial view of St. Thomas Catholic School in Philo as work continued on its new addition.

PHILO — It’s been five years since Dallas businessman Bob Trost said he wanted to leave an enduring mark on the community that he and two generations before him called home.

On Saturday, parishioners and families of St. Thomas Catholic Church and grade school will dedicate the $4.6 million project that Trost jump-started with a $1 million donation. They are dedicating an addition to the 115-year-old grade school that essentially doubles the size of the building on Madison Street.

It includes a new entrance and common area, four classrooms, a school office, a teacher workroom, meeting room, bathrooms and a gymnasium that features locker rooms, a stage, band room and PE office.

“We’re kicking things off with Mass at 4 p.m. Saturday with Bishop Daniel Jenky. Immediately following Mass, we will gather in the gym around 5:15, start with a welcome and then the bishop will bless the addition and there will be a reception after for folks to walk through the whole school,” said St. Thomas Principal Lisa Doughan.

“This project has been long in the making,” said Doughan, who has been at the helm of St. Thomas School about 31 / 2 years.

Father Keith Walder has been the pastor of the parish that operates the school since June 2017.

Trost, his brother and sister, and their father and his four siblings all attended St. Thomas. A bachelor, Trost wanted to give back to the school that prepared him for University High School and the University of Illinois.

A UI Bronze Tablet scholar who graduated from the College of Commerce, Trost made his money in personnel services and property management.

He was 83 when his donation was announced in 2015 and died in October 2016 before seeing the fruits of his beneficence, also intended as an endowment to ensure that people in southern Champaign County have access to Catholic elementary education.

“We broke ground in September 2018,” said Doughan. “That kicked off the classroom and administrative wing. That was the initial phase. The second phase is the gym and locker rooms.”

Customers of the pancake-and-sausage breakfast, a major fundraiser for the school, got a sneak peek at the building last Sunday. They may not have realized that the hallway they walked down by the new gymnasium doubles as a storm shelter.

Adding the new wing to the west of the existing structure meant the playground had to be relocated to the southern edge of the property. That labor of love was carried out by volunteers from the parish and school families, Doughan said.

“Our students and staff are tremendously blessed by our many alumni and benefactors, especially Mr. Robert Trost and his family who chose to leave a lasting legacy at St. Thomas School. ... This gift will allow us to continue to grow Catholic education in Philo and southern Champaign County as we have for well over 100 years,” she said.

St. Thomas currently has 169 students in pre-school through eighth grade and a staff of 29. That’s up from about 123 in 2015 when Trost’s gift was announced.