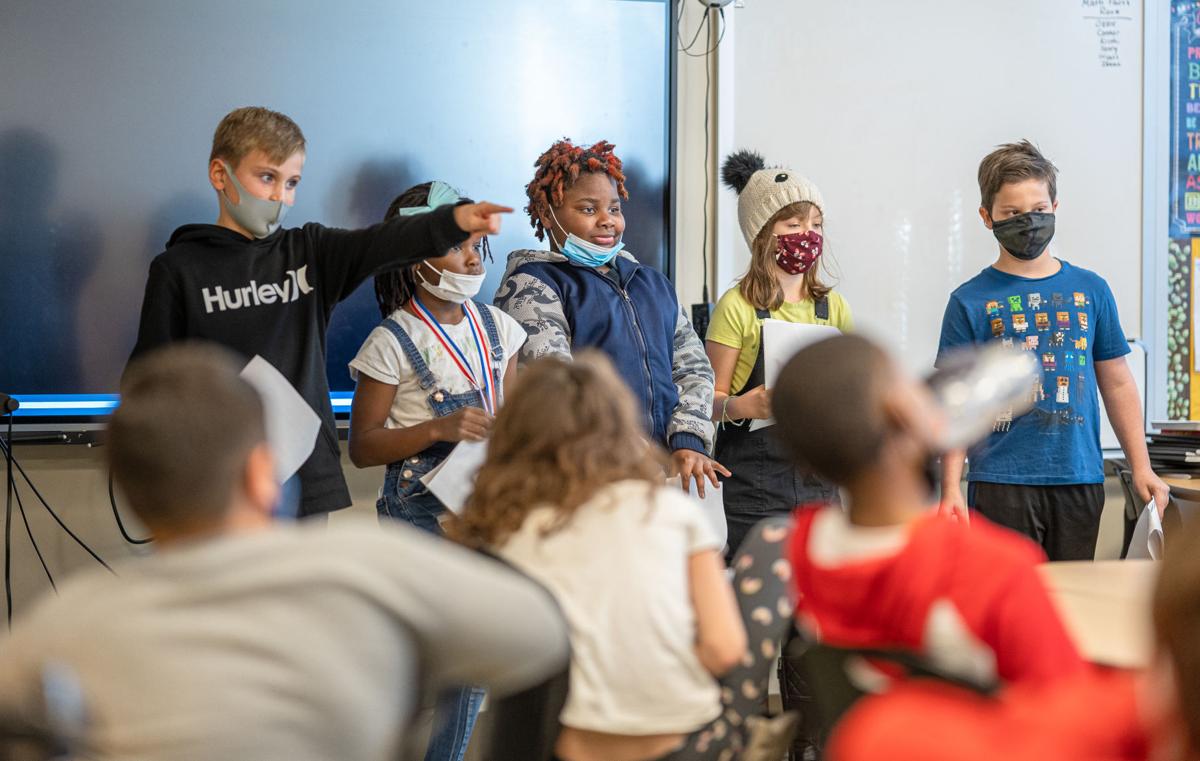 From left, Colt Leman calls on a fellow student as he and fellow Anti-Bully Club members Annalise Walson, Michael Raggs, Emilie Edwards and Cameron Croop give a presentation on the club at Bottenfield Elementary School in Champaign. 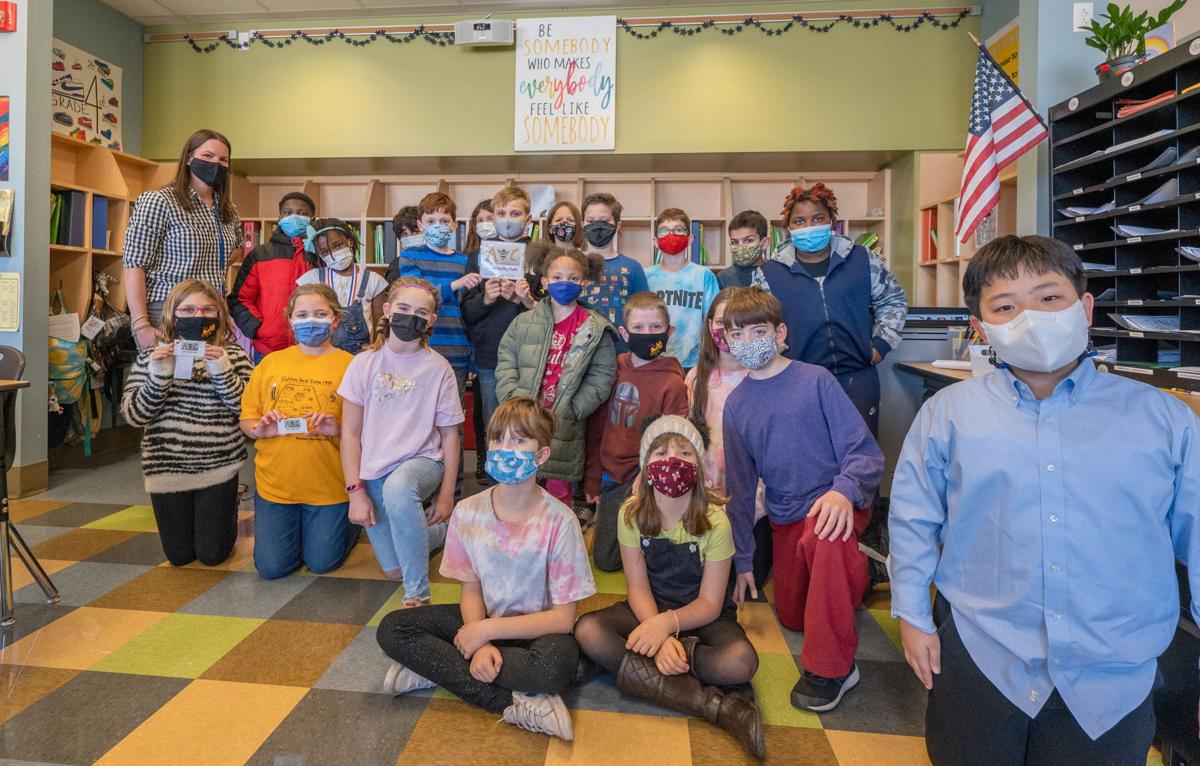 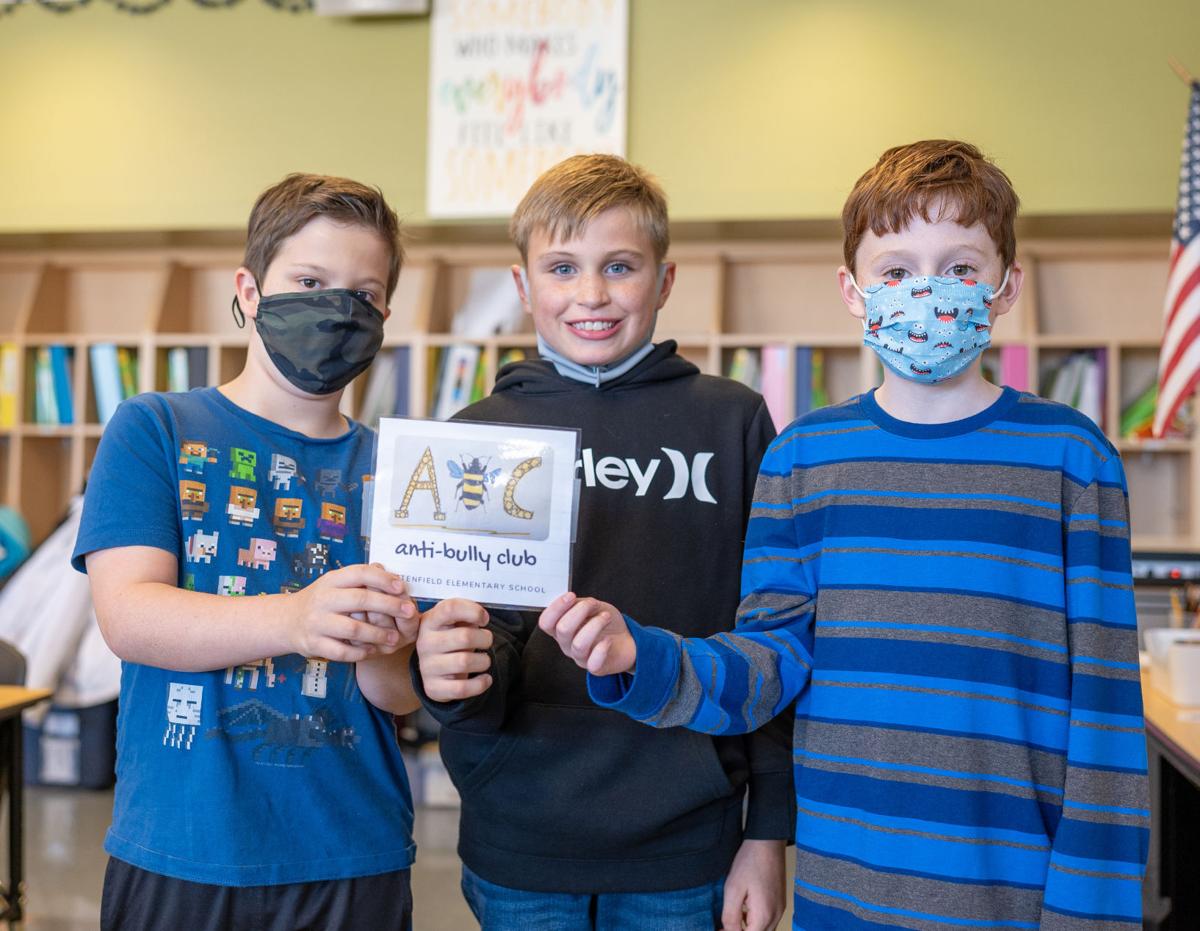 From left, Colt Leman calls on a fellow student as he and fellow Anti-Bully Club members Annalise Walson, Michael Raggs, Emilie Edwards and Cameron Croop give a presentation on the club at Bottenfield Elementary School in Champaign.

CHAMPAIGN — Five students in Sara Burgener’s fourth-grade class at Bottenfield Elementary School stood in front of a class full of fifth-graders and read a creed.

The creed, like the anti-bullying presentation they make to classes around the school and the keychains they hand out to students who decide to join the Anti-Bully Club, was created entirely by students in Burgener’s class.

In fact, Burgener said, students came up with the entire idea for the club. While neither the school nor the class are experiencing any bullying problems that are out of the ordinary, Burgener said, the students’ responses to classroom incidents was anything but normal.

“I have been the facilitator, but that’s it,” Burgener said. “Beyond that, it’s all been them, and that’s really impressive.”

The club began with three members: Cameron Croop, Holden Frederick and Colt Leman. Soon, Burgener’s entire class took up the cause. Holden, who enjoys making artwork in his free time, made posters to put up around the school that read, ‘I Want You to join The Anti-Bullying Club,’ and drew lines for fellow students to write names.

“Things started to take off, and we started to make sign-up sheets,” Holden said. “Whenever we went out into the hallways, there were more names.”

Holden also drew the logo for the keychains the club distributes to new members, although the entire class played a hand in the design. The class also came up with the creed, and they go to other classes to spread the word.

During one of those presentations, a student asked whether the club would continue after the end of the school year. Colt replied that he and his class would continue the club. When he leaves for middle school, he said, “my sister will take over.”

The level of engagement from students has surprised its founding members, and the process has been a rewarding one.

“I really like seeing the joy on peoples’ faces when they get a keychain, or when they see me come in and they’re interested in it,” Colt said.

Throughout the year, Burgener said she’s seen the club’s work play out in real ways. When students see a hint of bullying, they fulfill their creed and put an end to it.