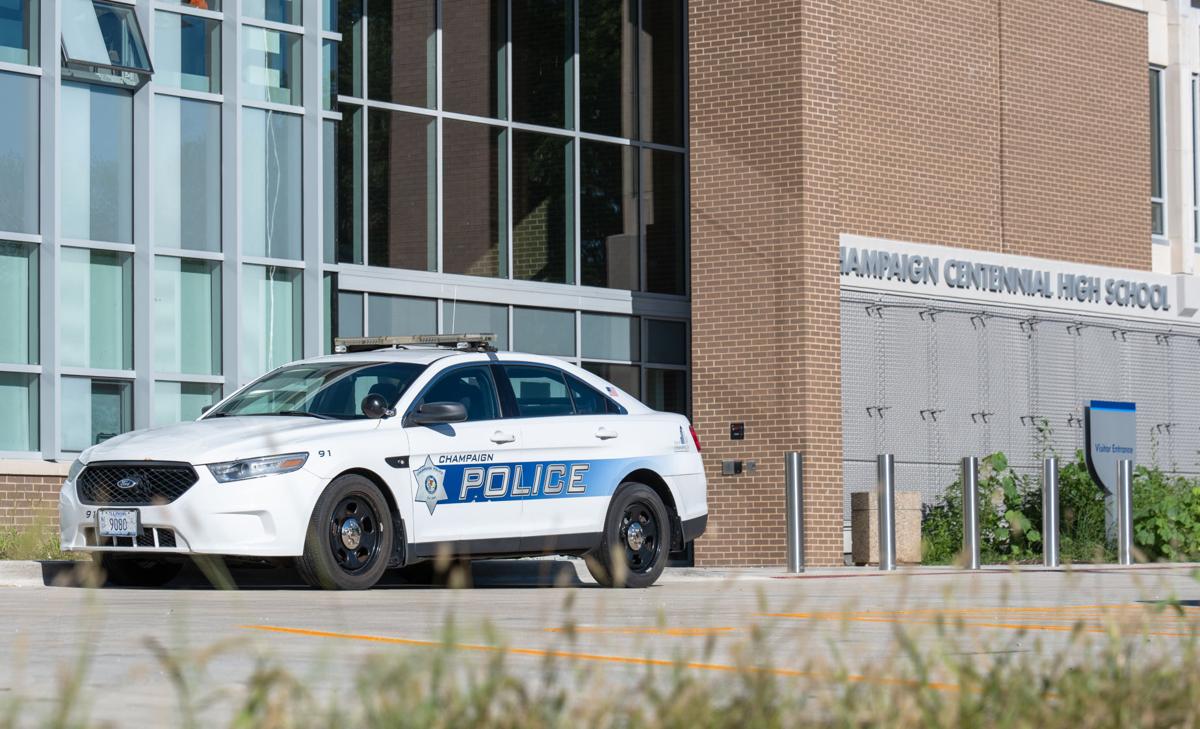 A Champaign police squad car sits outside Centennial High School on Thursday, a day after the district sent an email to parents and staff regarding a social-media threat believed to be directed at the school. 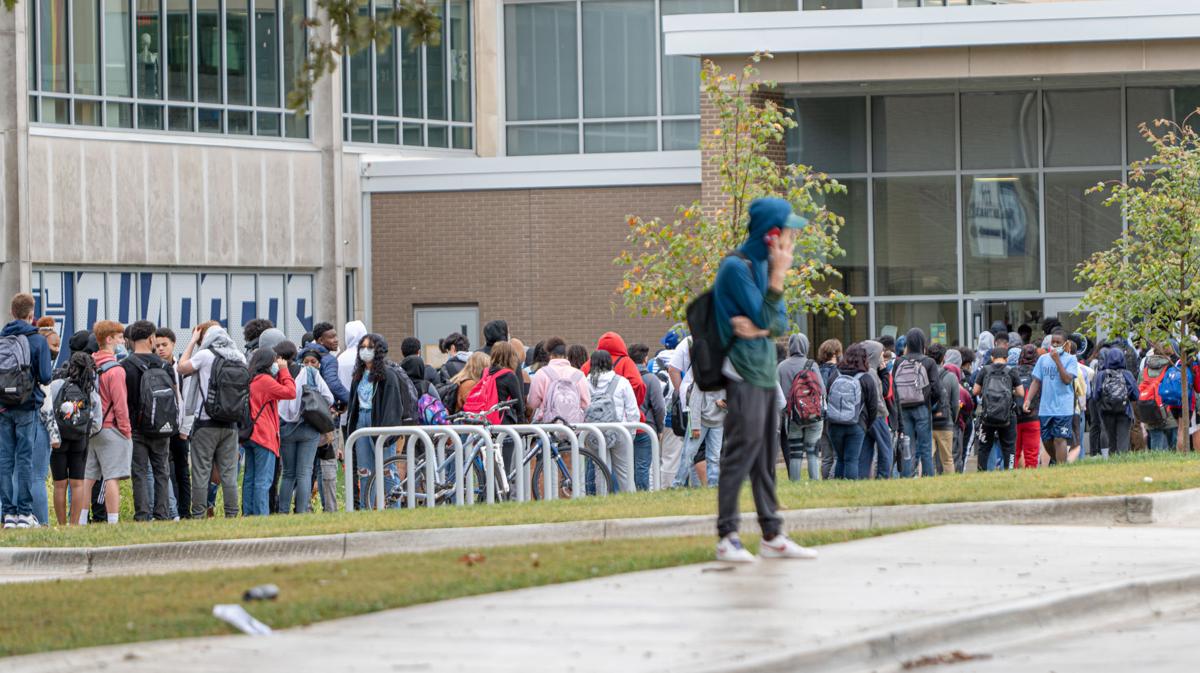 A Champaign police squad car sits outside Centennial High School on Thursday, a day after the district sent an email to parents and staff regarding a social-media threat believed to be directed at the school.

CHAMPAIGN — When Karen Sharp was in high school in the 1980s, she experienced episodes of student violence first-hand, from a prank gone wrong to an assault on a teacher.

Those memories have flooded Sharp’s mind this school year after Centennial High School, where two of her children are students, has gone on lockdown multiple times because of incidents involving guns.

On Wednesday, Champaign police received notification that the school was targeted by a threat on social media, leading to noticeable absences a day later.

“I have experienced a level of anxiety that I never in my life have,” she said. “I have a pretty stressful job and don’t react this way usually.”

Sharp, who serves on the board of the school’s Parent Teacher Student Association, decided to channel her anxiety. She and other PTSA members came up with several points of emphasis they’d like to see instituted at the high school level.

In the wake of recent disturbances, some parents have expressed concern about in-person classes at Centennial and Champaign Central.

While the Champaign school district in recent days announced several improvements to its security plans — including additional cameras, guards and vehicles, along with a tip line — Sharp said there’s more to be done.

Improving communication, she said, should be one of the district’s top priorities.

“If we have a smoldering fire where people are already concerned about the safety of their kids and what’s going on, when you’re not responding and giving parents information — like when there’s a lockdown situation (because of a shooting in the neighborhood) but the kids are all inside and safe — that’s a very powerful information that can allow kids and parents to breathe a sigh of relief,” she said. “When they say there’s an incident and police are involved, you don’t know, ‘Is it in the school? Is it on school grounds? They didn’t say it’s off campus.’”

Sharp said that during two recent lockdowns, one in which a gun was brandished in school and another in which shots were fired in the field just north of the building, the public-address system in part of the school wasn’t working properly.

She said students and teachers in those classrooms, including her son, weren’t aware of the lockdown.

She wishes fail-safe situations had been put in place, like the text alert systems in use at University of Illinois and Parkland College.

“Both of the gun incidents have been during sixth period when my senior has open lunch, and I had to worry, ‘Is this the day he went out with his friends, or is this the day he stayed in, so he’s safe?’” she said. “It shouldn’t take an incident with a gun, a deadly weapon incident, for the school to get motivated to provide basic safety mechanisms for teachers, which is why I’m a big proponent of metal detectors.”

Metal detectors have been put in place at Centennial, which led a logjam of students waiting to enter Wednesday. On Thursday, Champaign police increased their presence on campus, spokesman Tom Yelich said.

Of course, Sharp is far from the only concerned Centennial parent.

After Wednesday’s threat, Clarissa Nickerson Fourman spoke to her two sons who attend Centennial about shootings at Columbine High School in 1999 and Sandy Hook Elementary School in 2012 and asked if they were comfortable going to school.

Ultimately, her kids decided to go to school. Her kids’ views on recent gun incidents, though, portend something more concerning.

“There have been guns in that school. It’s been like that,” Fourman said. “When I talk to my kids, it’s like, ‘There are guns every day.’ Because the reality is, our kids go to school and they know that, and they’re not immune to it.”

“Whenever a social-media threat like that is presented — and obviously it’s on social media, and people have seen it — if a parent is concerned enough that they don’t want to send their kid to school, that is certainly a parental decision and is one that is their right to make,” Yelich said. “Obviously, we are investigating this threat that was made and trying to determine who was behind it and the legitimacy of the threat. So that’s all a part of the investigation.

“But again, it is a parental decision in terms of their comfort level with sending a kid to school or not.”

Sharp and other parents plan to hold a rally before Monday night’s school board meeting.

“We want to be partners with the school district,” she said. “This is a problem that’s community wide, and it’s going to take a whole village to solve the problem. We just want to make sure that the district is thinking of all options and solutions.”

Jay Simpson | For schools, it's better safe than sorry

The security upgrades at Centennial High School are unfortunate but necessary.