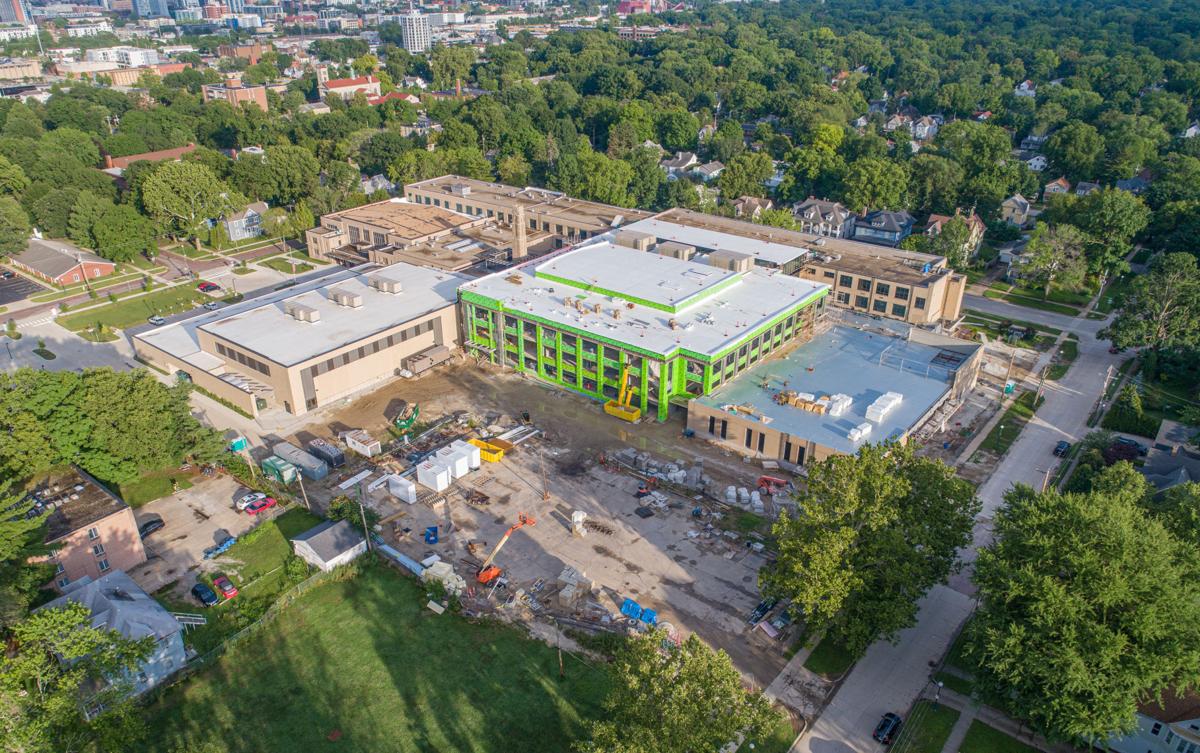 Champaign Central High School’s new academic addition, which includes a theater and a cafeteria, is on track for completion at the beginning of the 2022-23 school year. 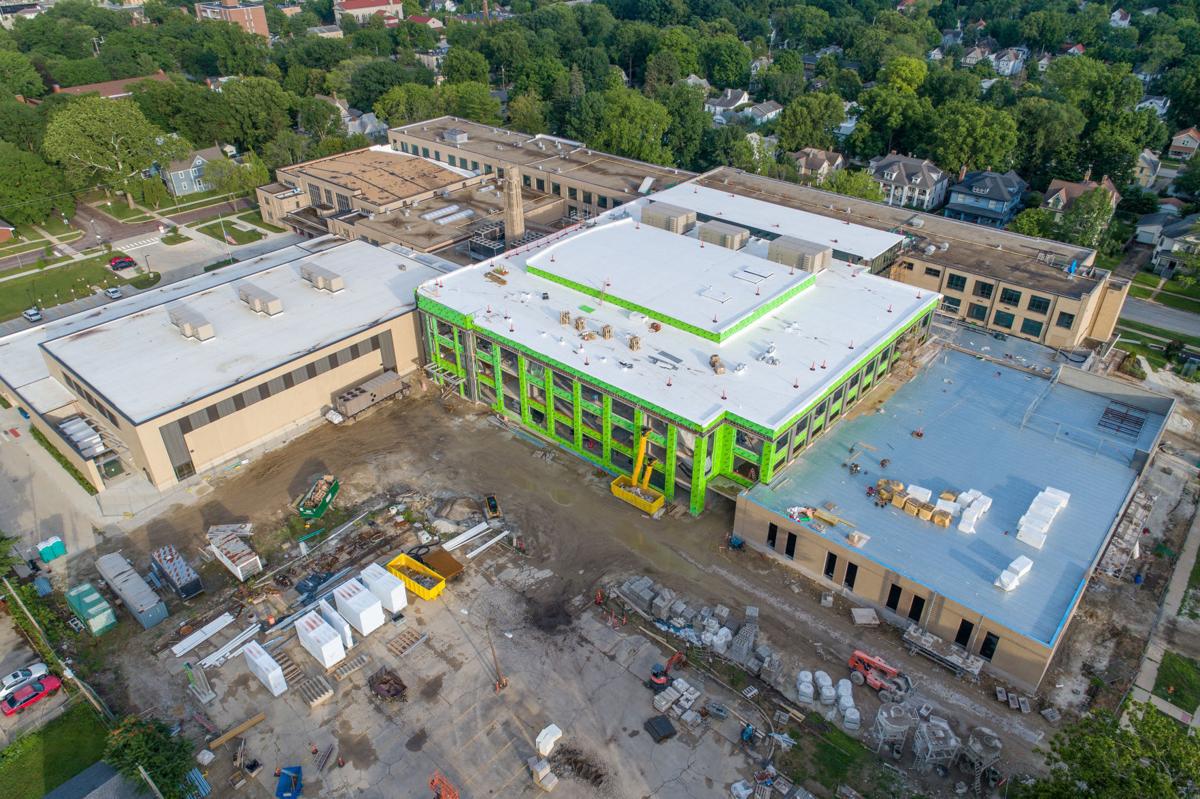 Champaign Central's new academic addition, which includes a theater and a cafeteria, is on track for completion at the beginning of the 2022-23 school year. Anthony Zilis/The News-Gazette

Champaign Central High School’s new academic addition, which includes a theater and a cafeteria, is on track for completion at the beginning of the 2022-23 school year.

Champaign Central's new academic addition, which includes a theater and a cafeteria, is on track for completion at the beginning of the 2022-23 school year. Anthony Zilis/The News-Gazette

CHAMPAIGN — The new theater and bright, wide-open cafeteria and commons area at Champaign Central High School are merely shells of what they will be inside the new academic addition that was recently outfitted with temporary bright-green wall panels.

But in that construction site, Mark Roessler can see the seats and the stage in the auditorium and the massive three-story windows that will let light flood into the area where students will gather to eat lunch.

“Those are really shaping up, and we’re really getting an idea of what those are going to look like when they’re done, and it’s pretty impressive,” said Roessler, capital projects manager for the district’s high school renovations. “It’s going to look really good, even those are just bones at this point.”

Five years have passed since Champaign residents approved a $208.4 million referendum for renovations, with a majority of that money going to the two high schools.

Centennial’s work, which includes additions at both ends of the building and new office space along with other updates, is set for “substantial completion” by August, Roessler said, meaning students will return to a school that, in parts, is unrecognizable compared with before.

“At Centennial, we’re kind of rounding the final turn,” he said. “That’s pretty exciting to have that one, years in the planning and years in construction, right around the corner.”

At Central, plenty more still needs to be done.

The new addition, which sits next to the large new athletic wing, needs to be weather-sealed before the temperature drops, Roessler said. He noted that the loudest work will likely be done before the school year begins. Renovations also need to be made around the existing school.

The concrete slab beneath the Combes Gym floor, which will still hold varsity basketball games, was dug up after a previous renovation was botched, with some of the concrete still wet to this day. Just over a week ago, Roessler said, new concrete was laid, this time with more moisture mitigations. That project is on track to be done by the end of October.

Across Church Street, new softball and soccer fields will be built, much of it on the grounds of the former McKinley Family YMCA. That project was more difficult to design than some might think, Roessler said, because of the significant change in elevation from Church Street to Hill Street north of the fields.

“When you walk by there, unless you really pay attention, you don’t really notice the topography changing very much. But with the two fields, they need to be pretty flat,” Roessler said. “It’s been a great challenge for the architects.”

“It’s exciting. Last year was kind of a missed year,” Roessler said. “The biggest changes we’ve made have been the additions at each school, and we haven’t had full populations of kids in there yet.

“Sophomores this year haven’t seen much of anything. So it’s exciting for them to get to get into the building finally and take advantage of the new amenities we’ve put in place.”