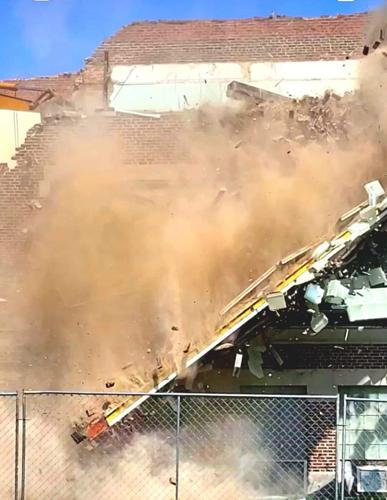 The southwest part of Cannon School crashes to the ground during demolition. It was among the last parts of the school to come down. 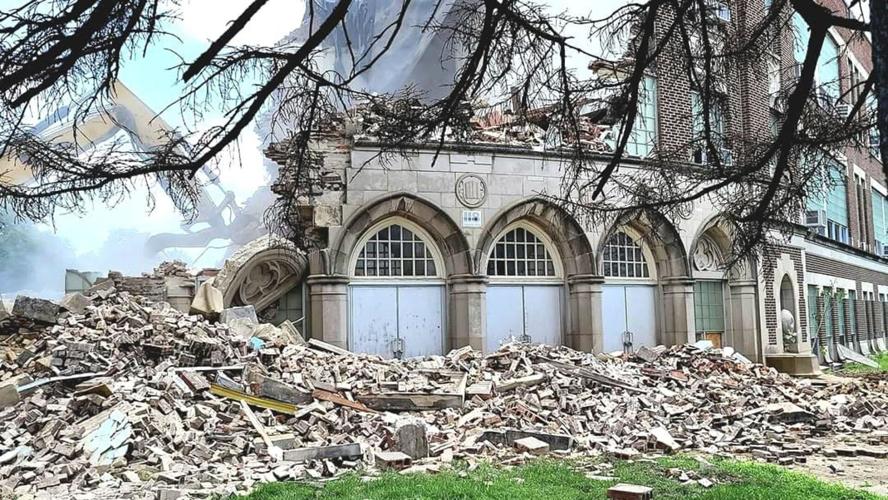 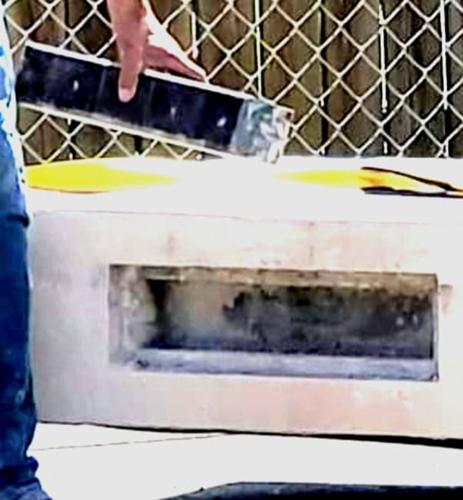 The southwest part of Cannon School crashes to the ground during demolition. It was among the last parts of the school to come down.

DANVILLE — Nearly 100 years ago, school officials stored mementos of their era in a time capsule and sealed it in the cornerstone of Danville’s Cannon School.

The school was named after former U.S. House Speaker and Danville resident Joseph Cannon. The noted politician was unable to attend due to ill health when the school was dedicated in 1924.

It was the year after Cannon, who was one of the most colorful and powerful speakers of the House in U.S. history, retired. He died two years later.

The Vermilion County Museum will be the setting when the time capsule is opened at noon Friday.

“We know what normally is in them, which can range from newspapers of the day to coinage sometimes, a list of the school’s teacher rosters or school history or other small artifacts they deem to put in,” Museum Executive Director Sue Richter said.

After the opening, the memorabilia will be placed on display for a week at the museum, then will go through the proper acquisition and documenting process common for artifacts and will likely be stored at the museum.

Old school buildings generally hold a great deal of sentimental value for former students and residents of a community. That might be true more so than most for the Danville school.

“The school has the unique architecture and design with the rounded front,” Richter said. “It was considered a fairly modern school when it was built in the 1920s.

“You’re talking about a building that came from another generation. It was very well-equipped building from the time period.”

Richter said the school has always been “kind of an iconic landmark in its uniqueness and style and having known it was named after Joseph Cannon.”

Making it even more special for many — it was a neighborhood school. Most of the students who attended the school, located in the east part of town, walked there.

Many people who had attended there came back to the area to live, and their children and grandchildren attended Cannon.

“A lot of the teachers there taught for 20 years or more,” Richter said. “It didn’t shift its teachers frequently.

“It touched a lot of people.”

A school committee recommended Cannon School’s closure, along with two others, in 1982 due to the decline in enrollment and a tenuous fiscal position. But the school remained open until 2016 when it was closed due to flooding.

Alice Pollock started a Facebook page at that time for memories and a history of the school. It later became a place that advocated for the school board not to demolish the building.

“There was a hope they would be able to use it again,” Pollock said.

Efforts to save some of the valuable items in the school were also not fruitful.

“Now there’s nothing left,” Pollock said. “They took the flag pole down last week and finished taking out the basement and filled it with sand.”

Besides a few items, all that remains is what is held in the time capsule.