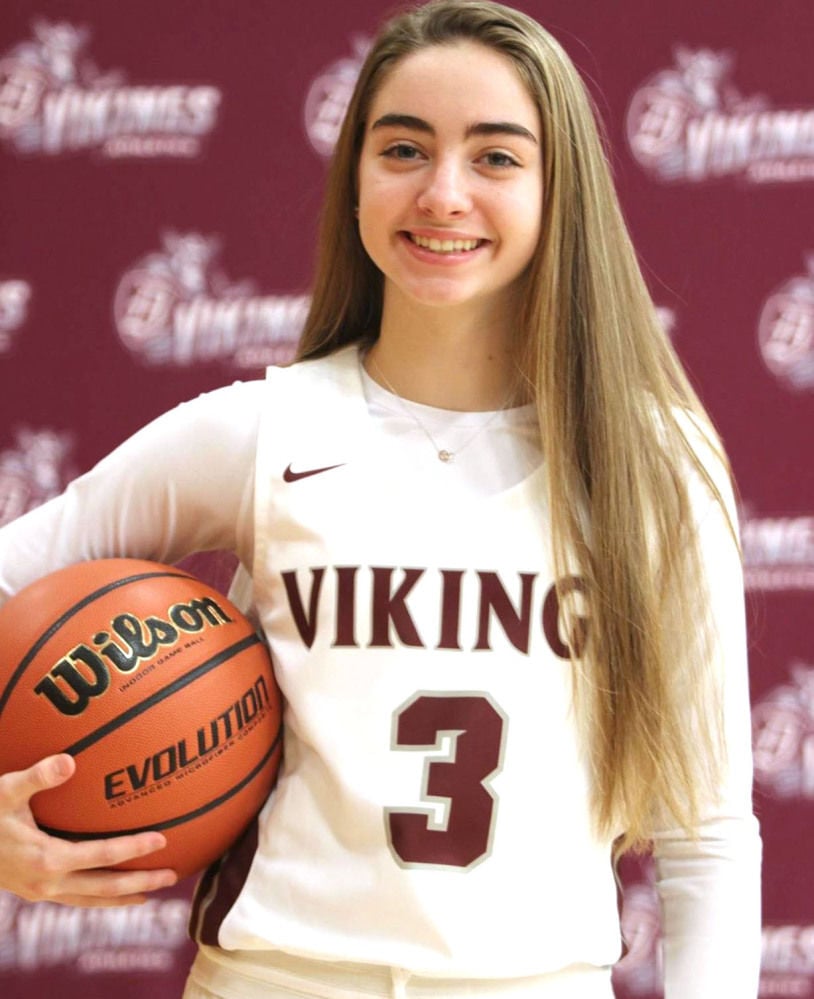 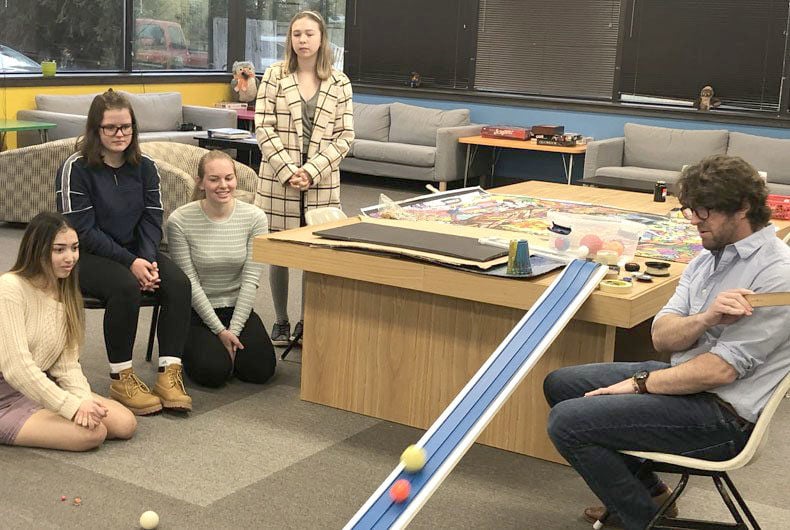 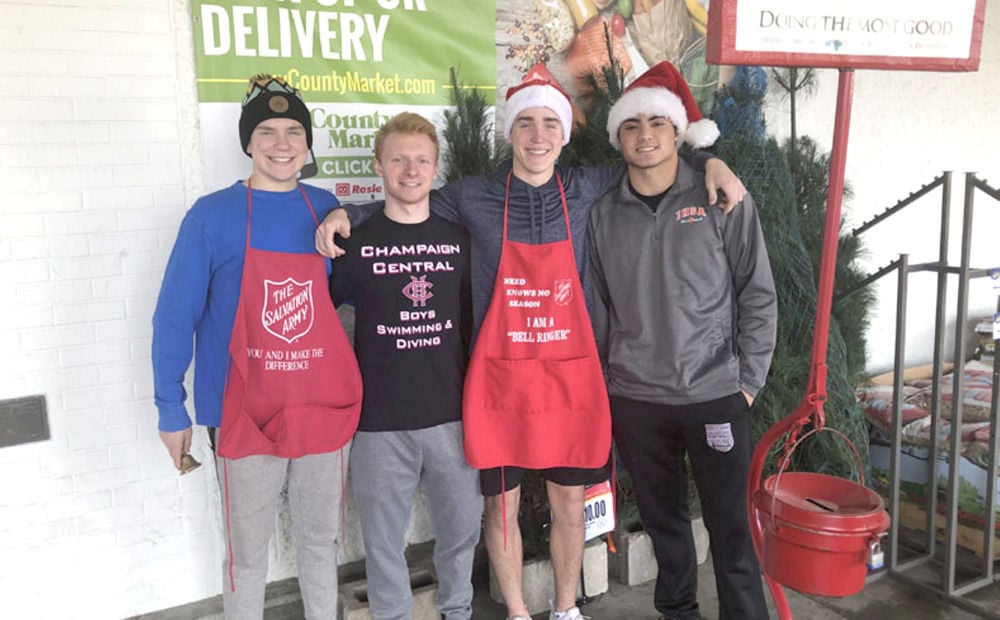 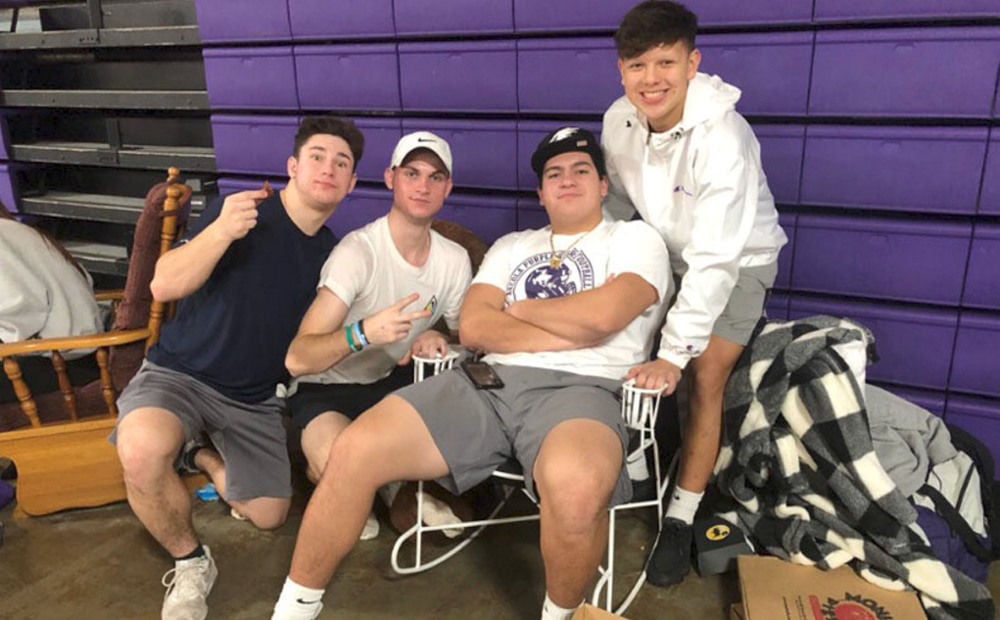 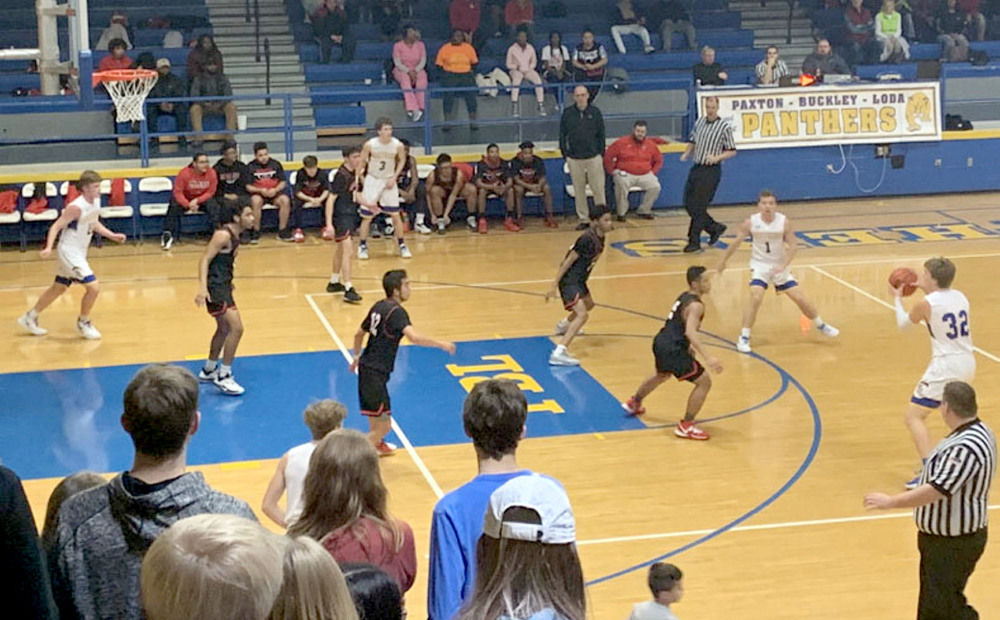 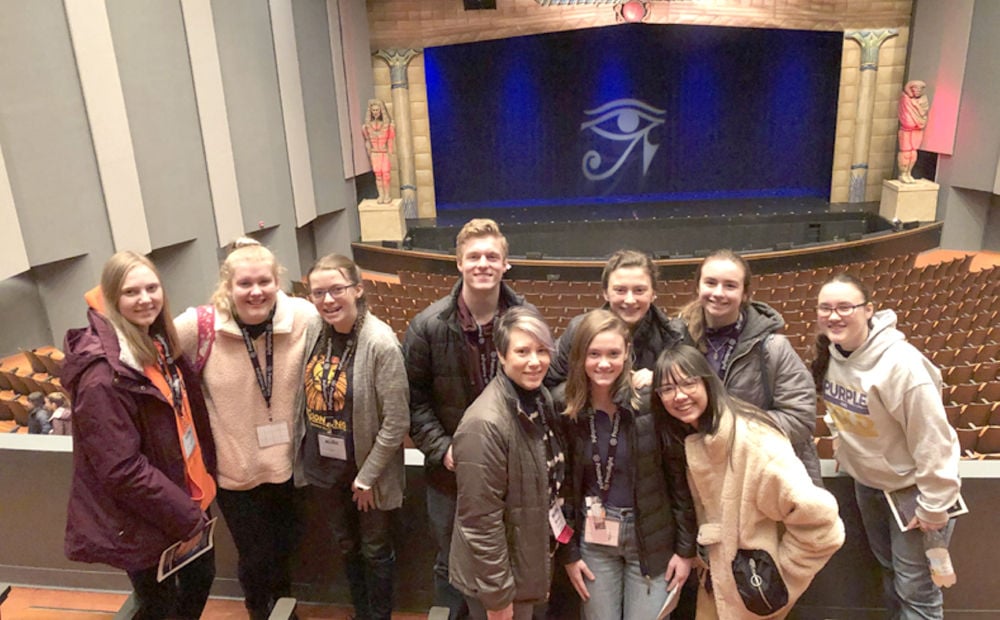 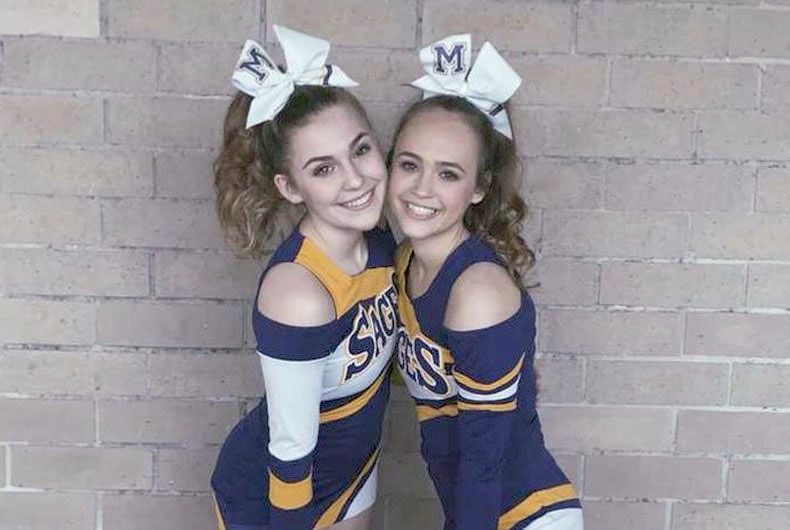 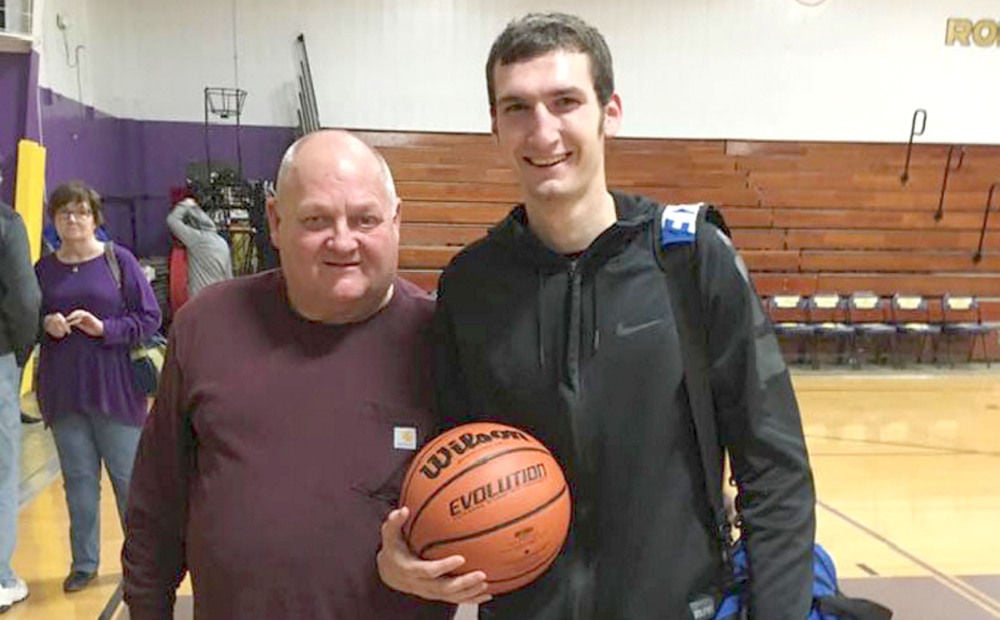 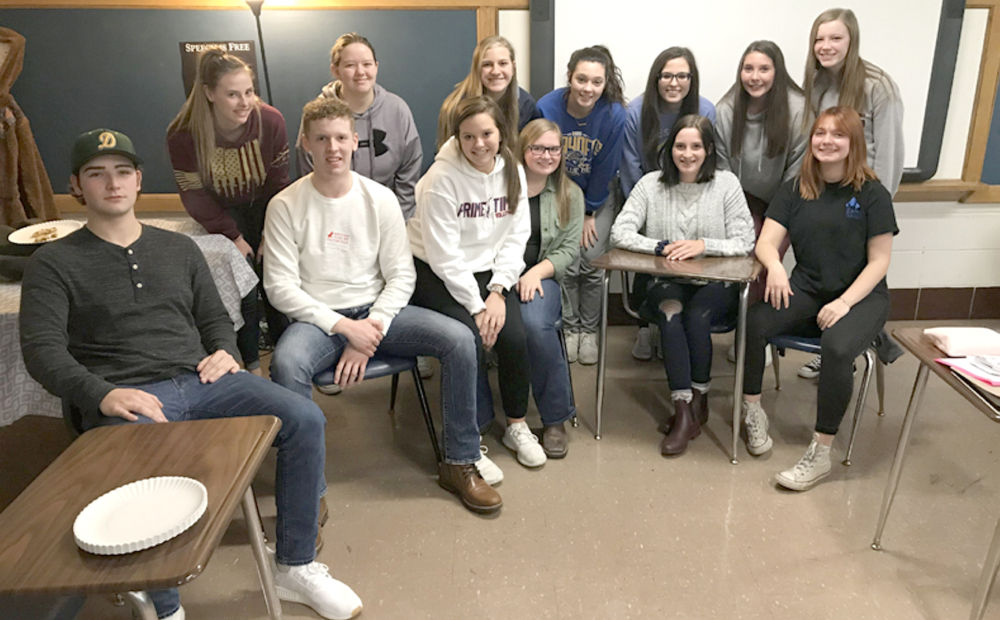 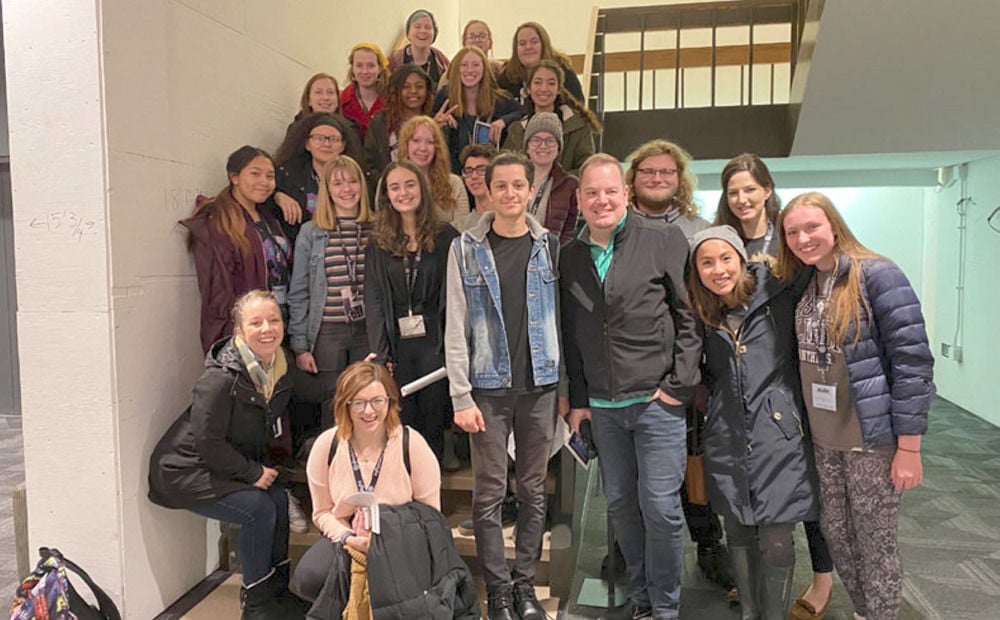 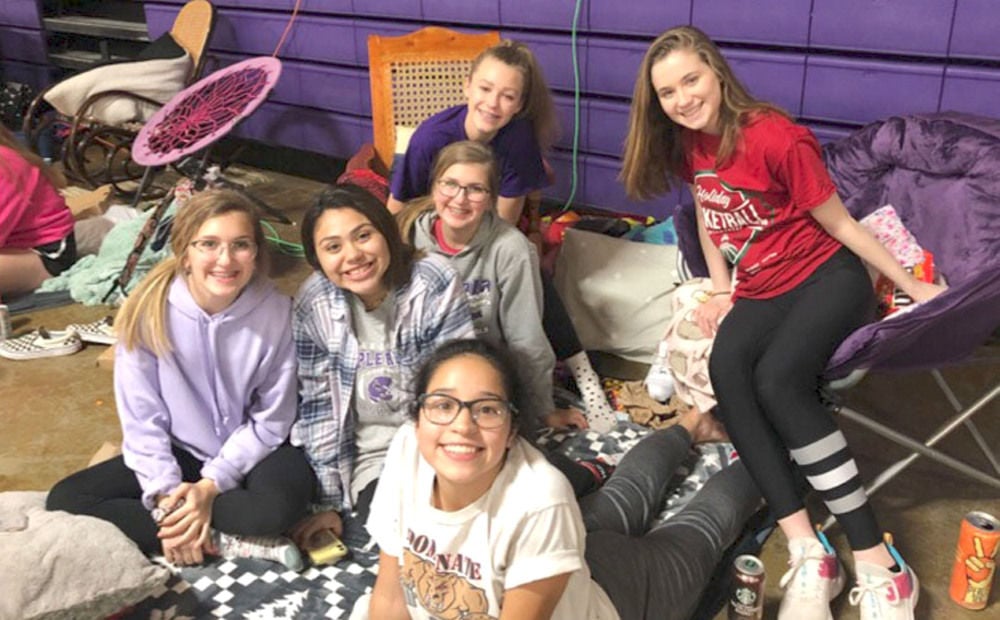 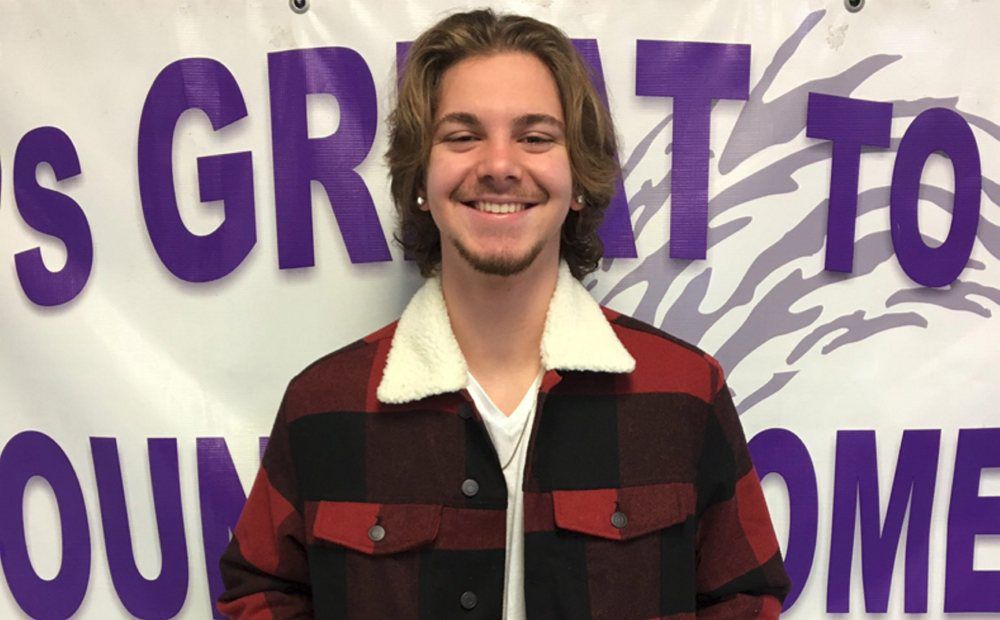 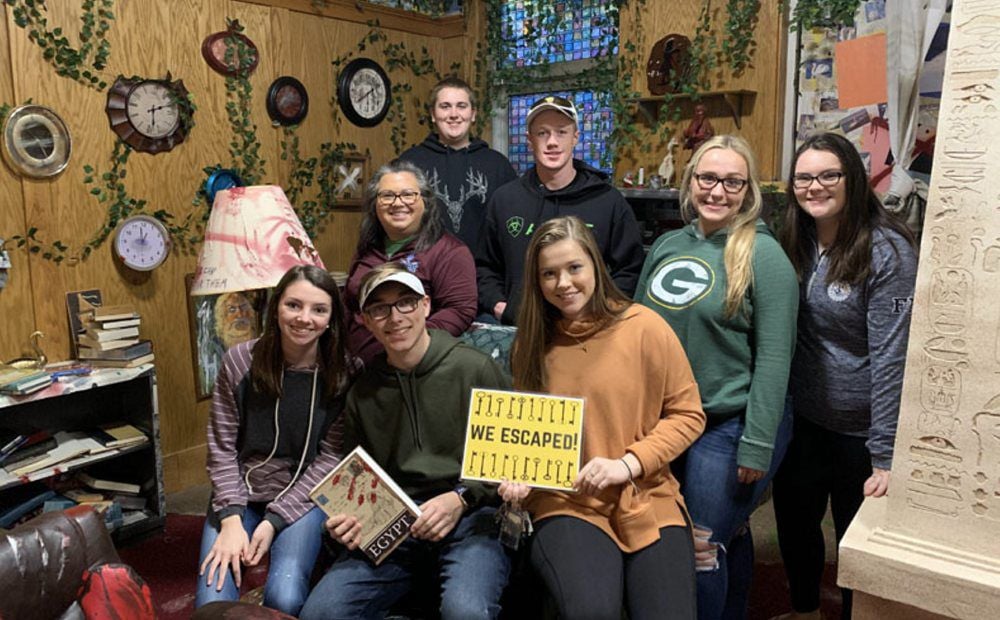 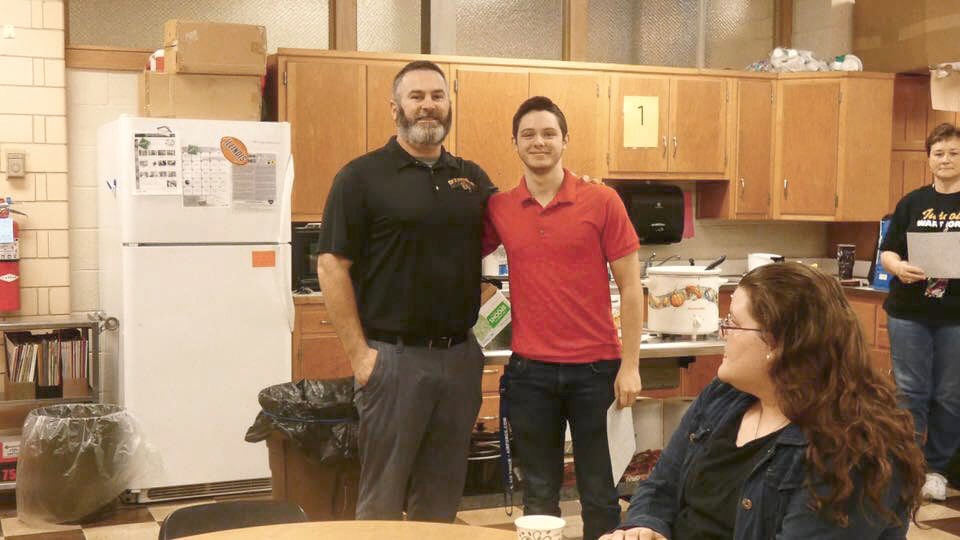 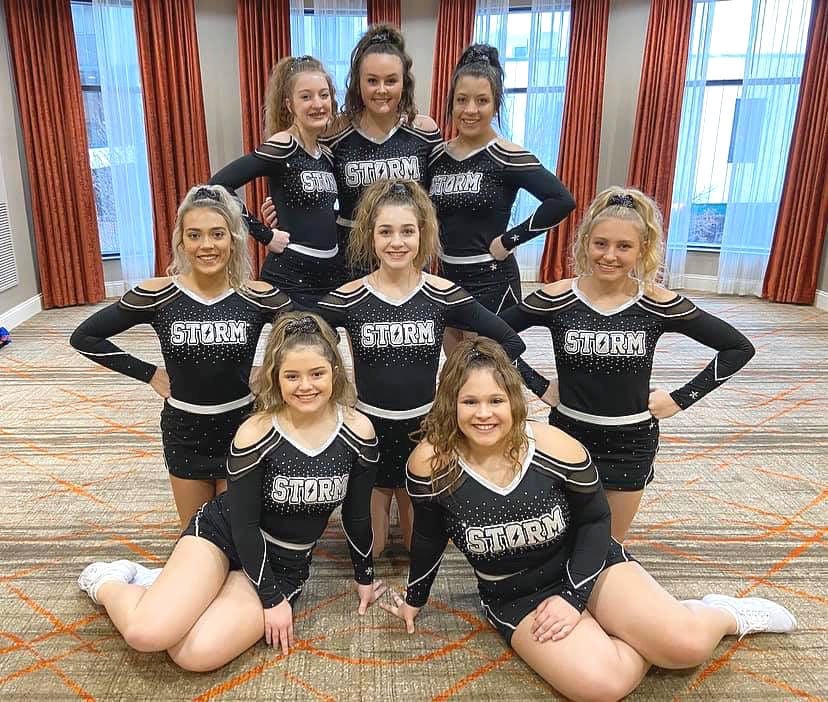 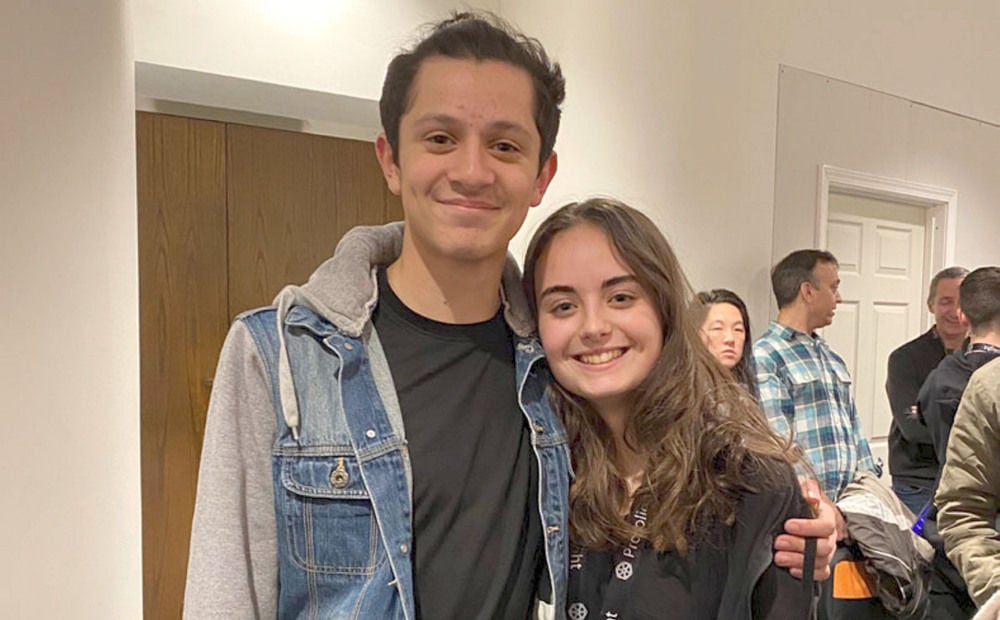 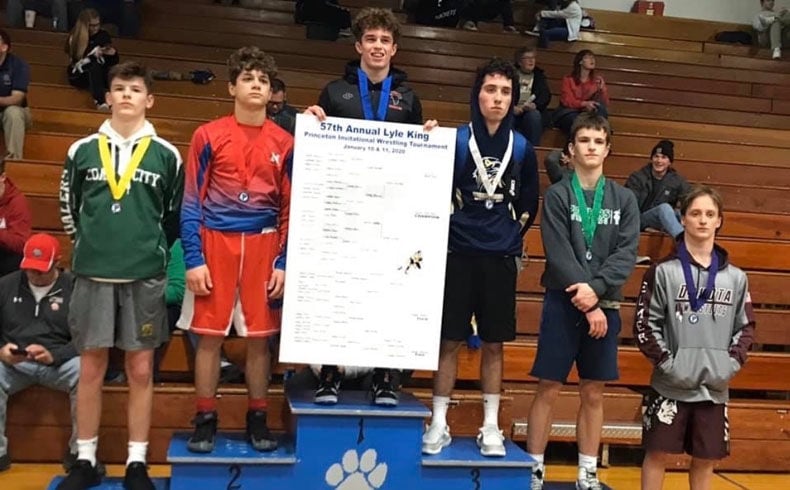 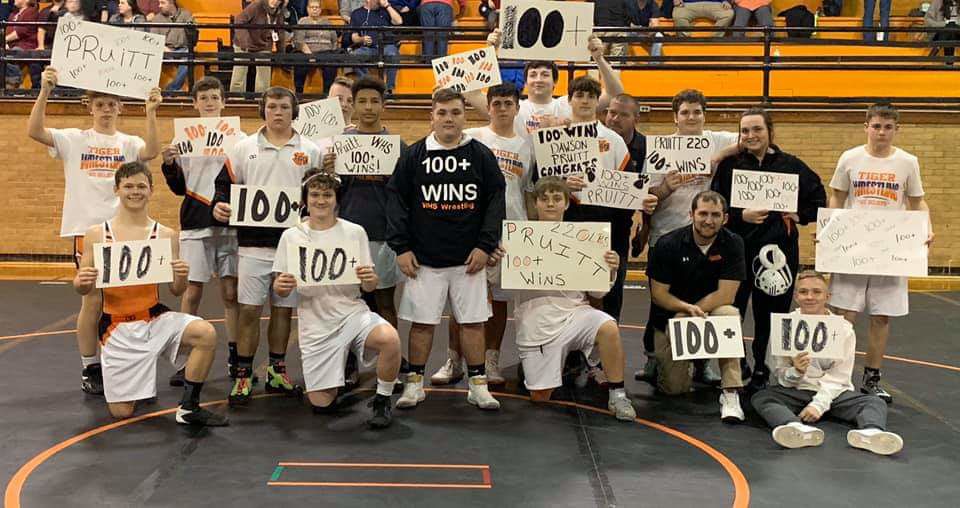 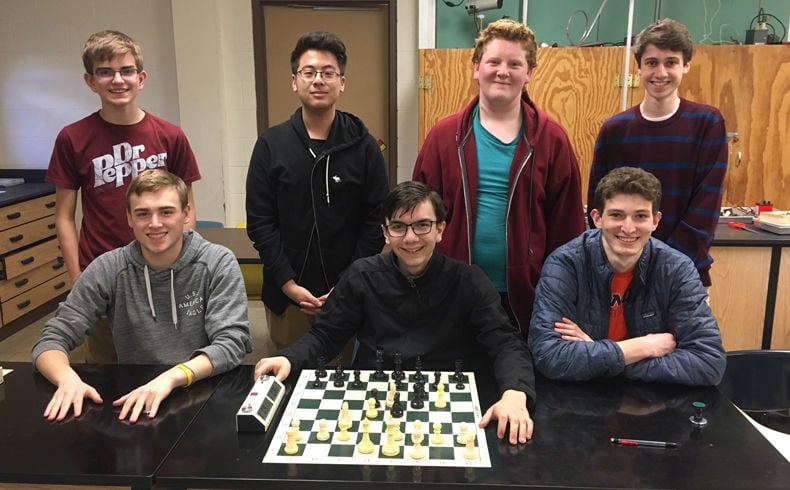 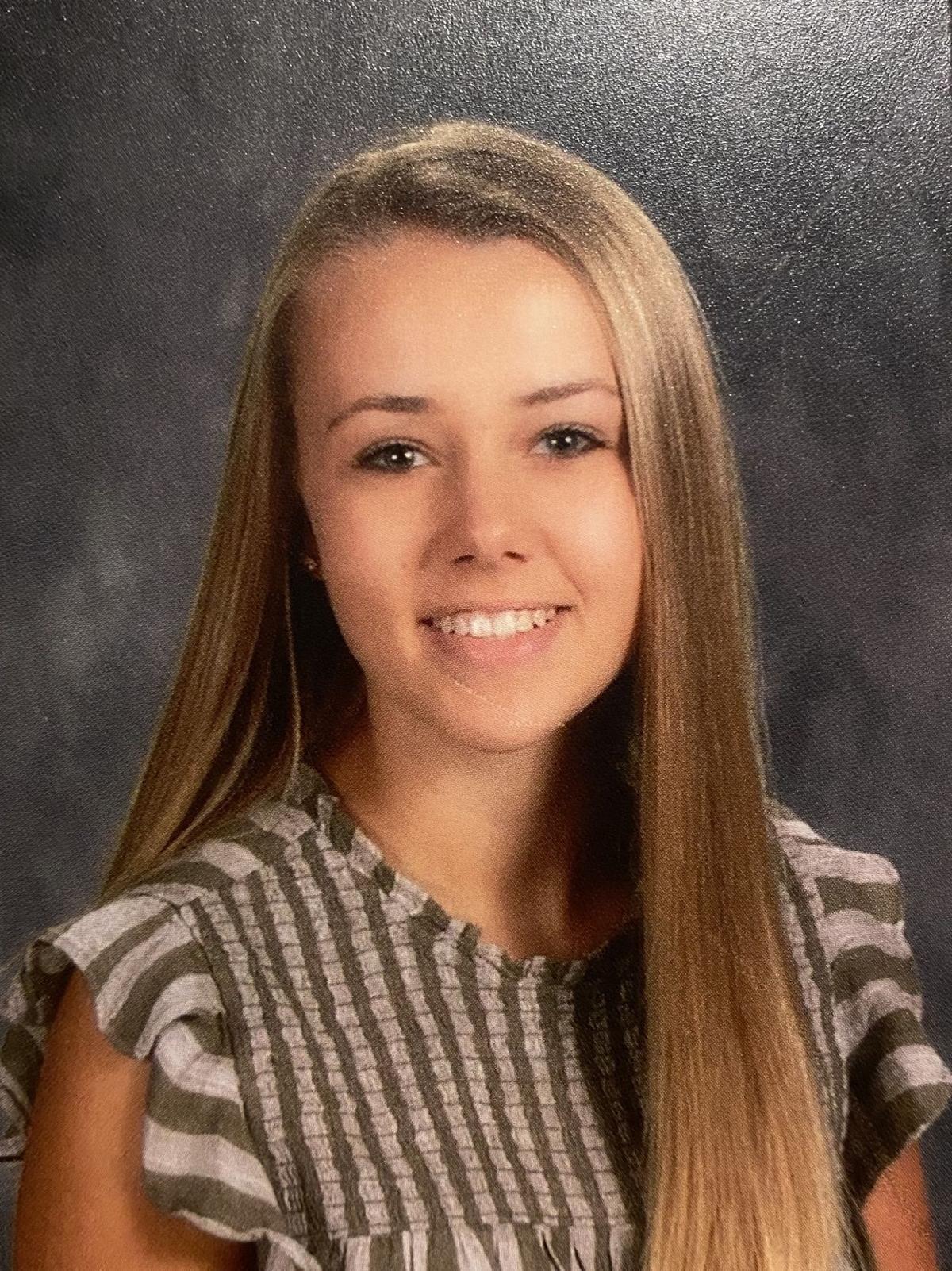 On Wednesday night, Mahomet-Seymour student Campbell Cruse will take us behind-the-scenes at the school's job fair. On Thursday, we'll accompany the school's chess team to a possible conference-clinching match.

Students involved in the America Field Service club spent the night at the school last Friday, playing various activities to pass the time. The Rock-A-Thon fundraiser helps the club make an annual field trip to the East Coast. — Patty Rodriguez

Students in Education to Careers & Professions class discussed the course with teacher Susan Thomas (left). Students are given the opportunity to participate in an internship and research careers. Pictured left to right: Abbie Mondala, Manan Patel and Adam Youssef. — Hailey Choi

The boys’ basketball team dressed up for their Friday night game against Iroquois West in Gilman. — Abbi Kaeb

The January Comet of the Month was Allie Plotner, Sam Howie took Character Trait of the Month for “bravery,” and Kade Anderson was named Athlete of the Month. — Maecii Barabas

The cheer team, despite learning a new routine at the last minute, participated in the ICCA State last weekend, placing 13th in a field of more than 30 teams. Said Gracie Jessup: “It was such a great feeling of relief because all of our hard work had paid off.” Pictured, left to right: (back row) Riley McCrae, Olivia Birge and Paxton Fisher; (middle row) Carlie Thompson, Gracie Jessup and Grace Church; (bottom row) Gracie Labaw and Niki Jones. — Autumn Lange

Junior Jack Girouard completed his season as the sole member of the cross-country team. “When you’re the only one on a team you’re not trying to compete against others, you are competing against yourself. Being faster than others comes second. Beating yourself comes first,” he said. — Farrah Anderson

Junior Dustin Hale joined principal Steve Fiscus, who nominated him for the Breakfast Club award. Each student is hand-picked by members of the high school staff for being an outstanding, helpful, kind, hard- working and dedicated in class. Every quarter the chosen students are rewarded with a breakfast provided to them and their parents. — Emma Zimmer

Show Choir held a successful preview performance Saturday before a large turnout. The lively group performed songs with the theme “The Complexity of High School Relationships” as a peek into what this year’s competition will hold. — Kimberly Pruetting

Several students went to Illinois State University last weekend for the Illinois High School Theatre Festival. They attended workshops and shows before joining other students from around Illinois in the All-State Production. Two Urbana students, Diego Carrillo and Matilde Fernandes, were a part of the production. — Molly Sweeney

The wrestling team celebrated with senior Dawson Pruitt as he hit 100 wins in his high school career. — Emma Myers

As part of the annual Rock-O-Thon fundraiser for the America Field Service club, Purple Riders spent the night playing video and board games, dancing and tossing footballs.

Before they head out on Christmas break, our student writers checked in one more time with news and notes from their hallways