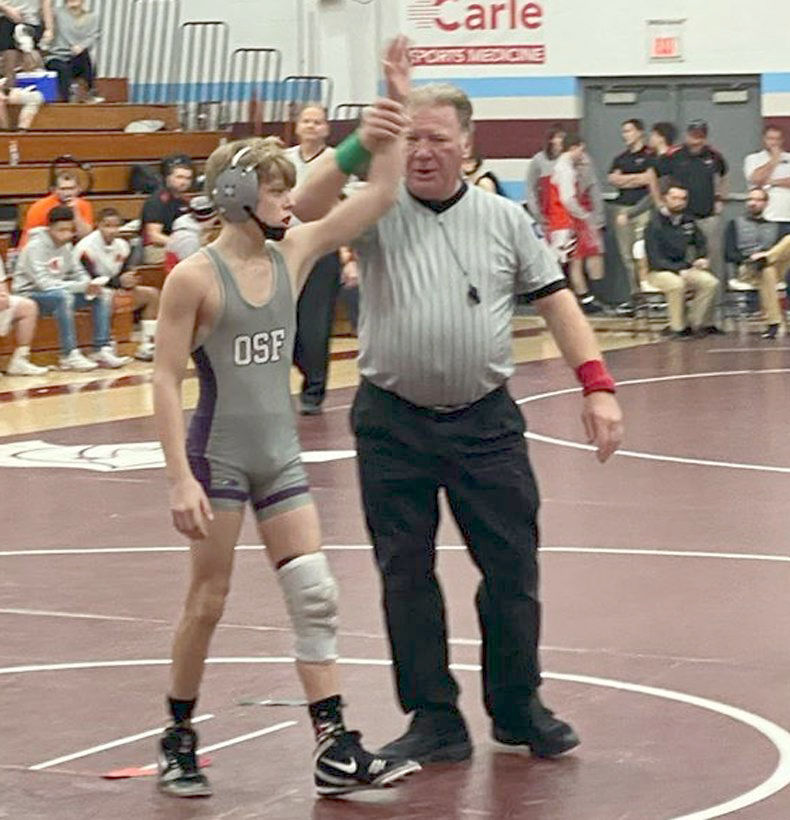 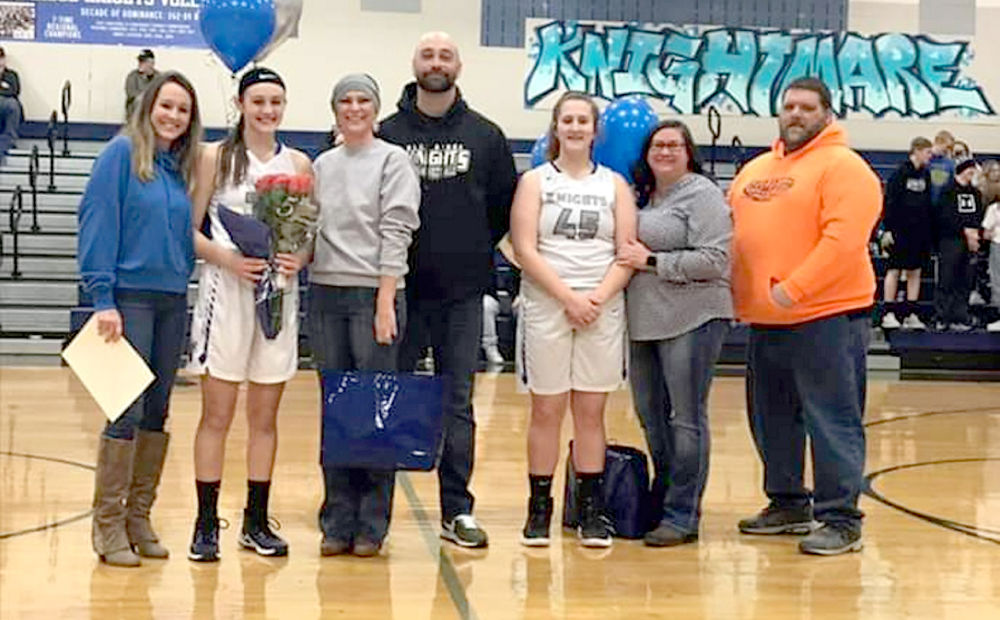 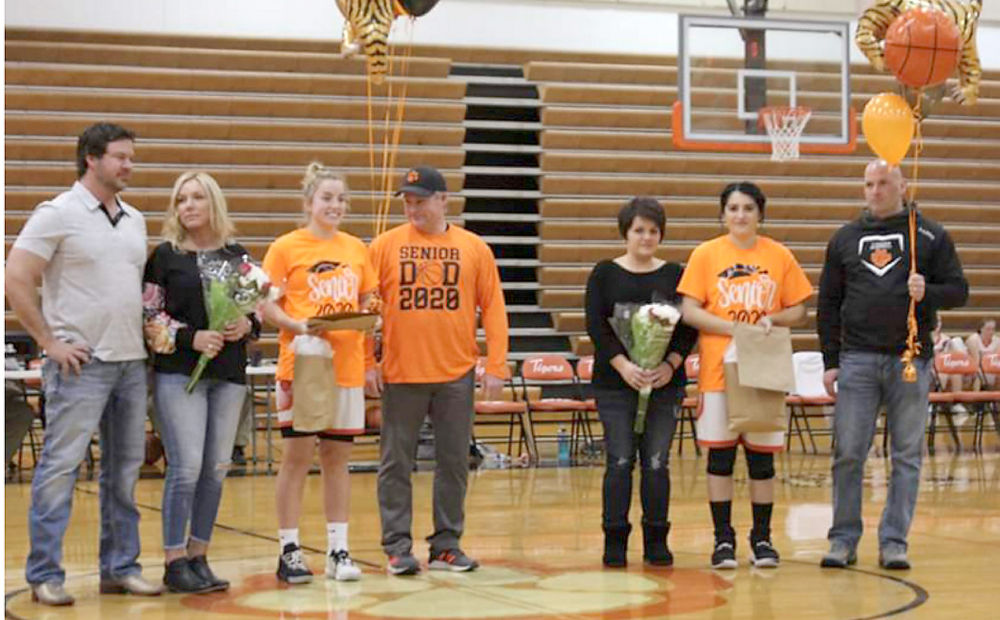 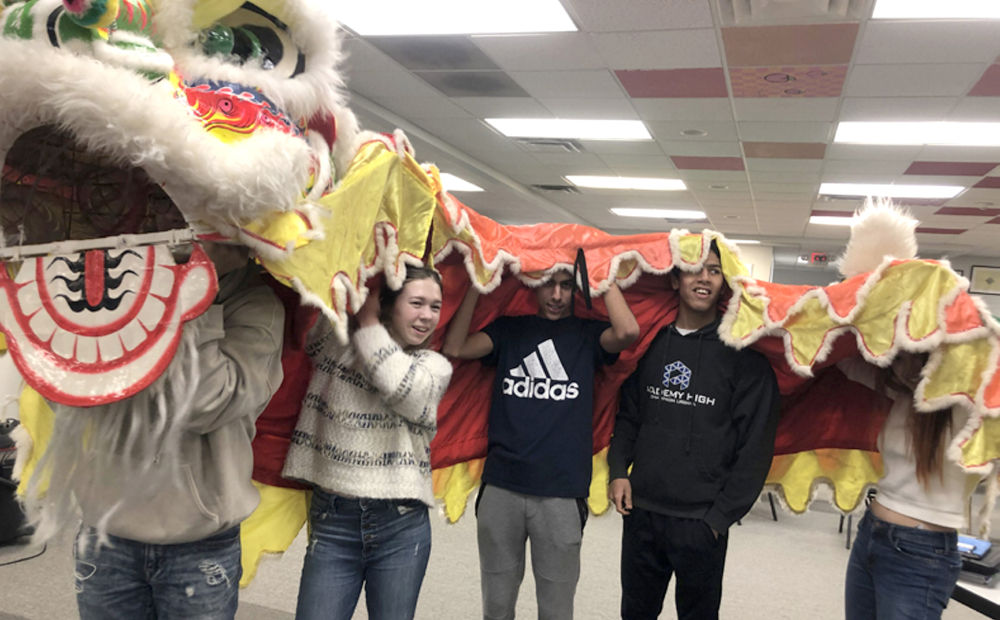 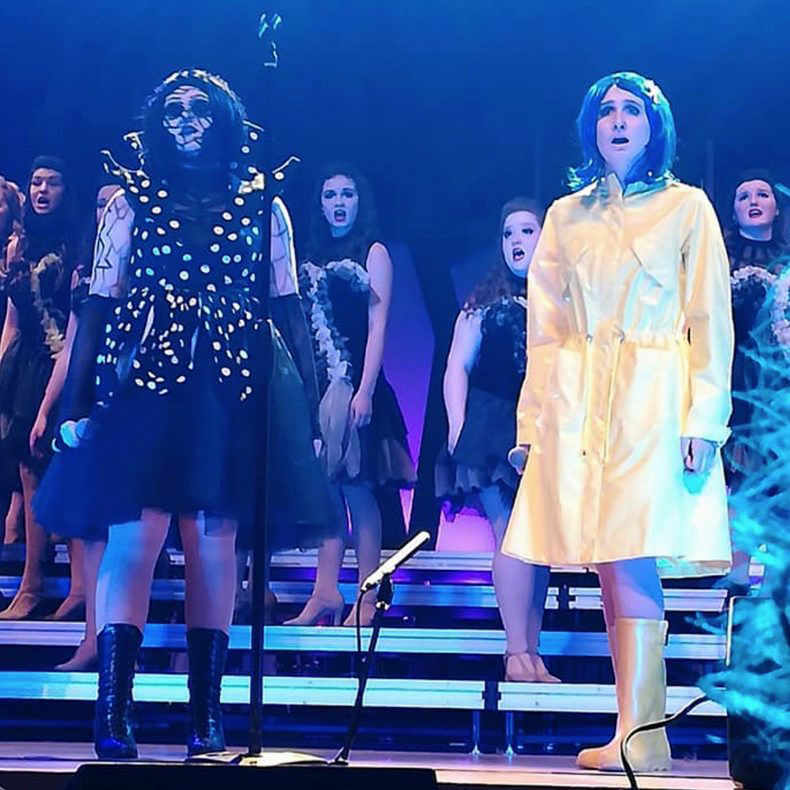 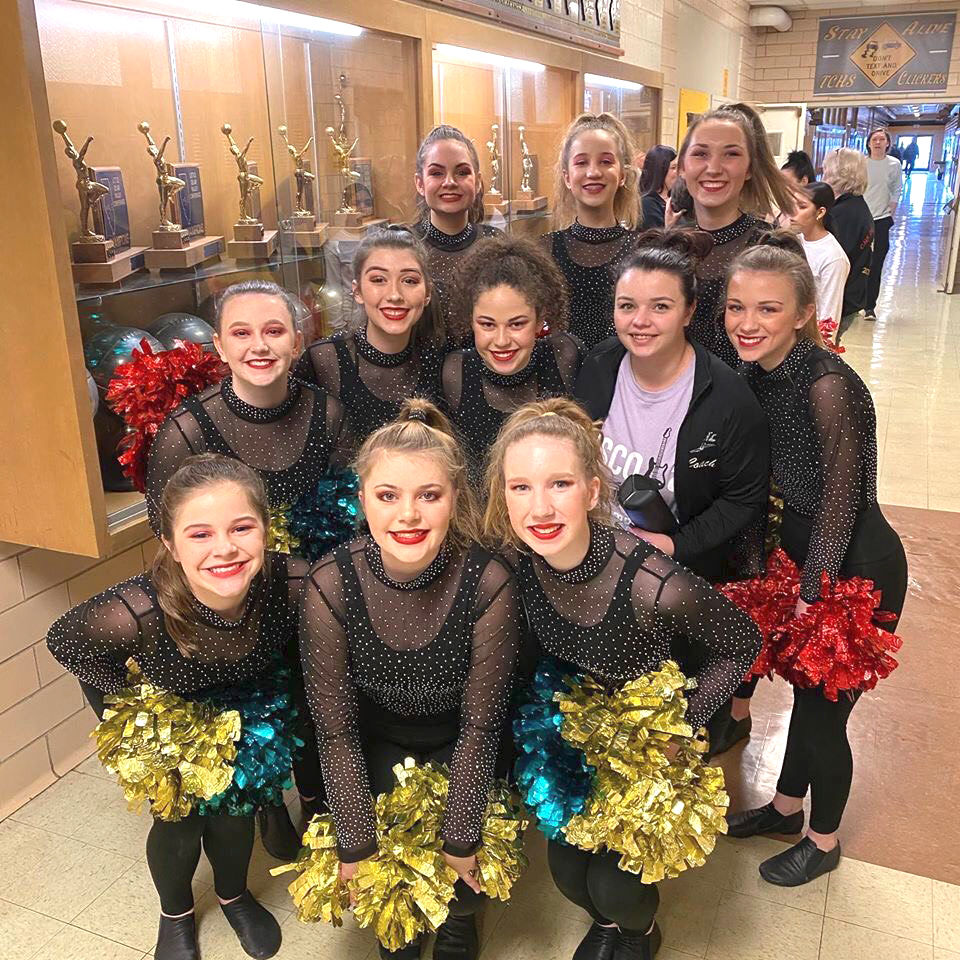 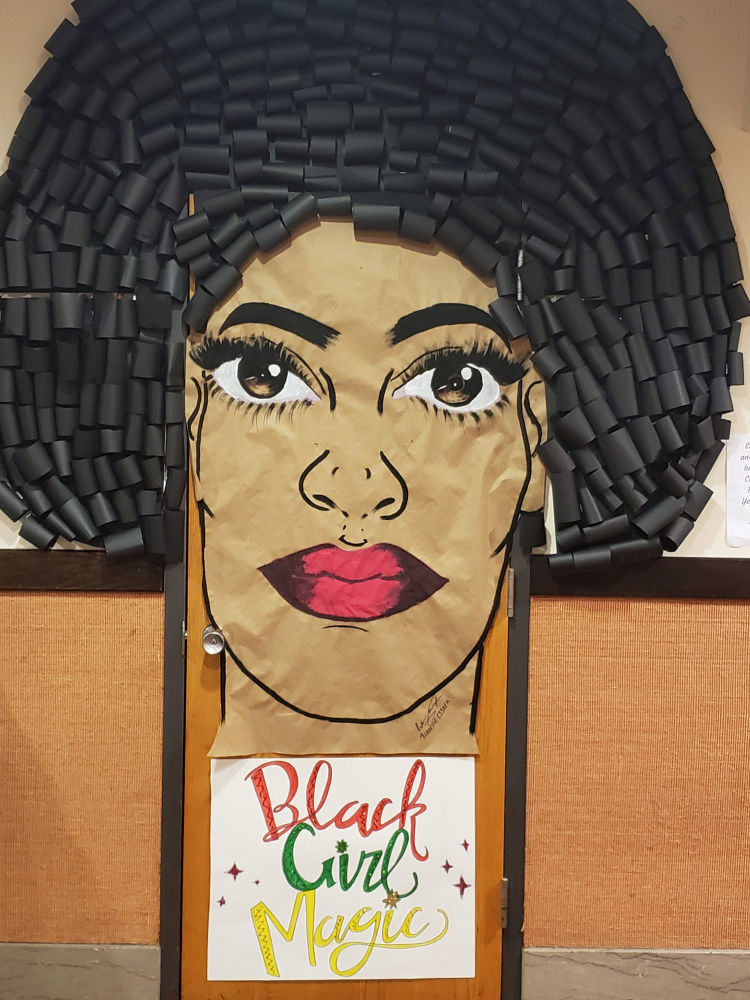 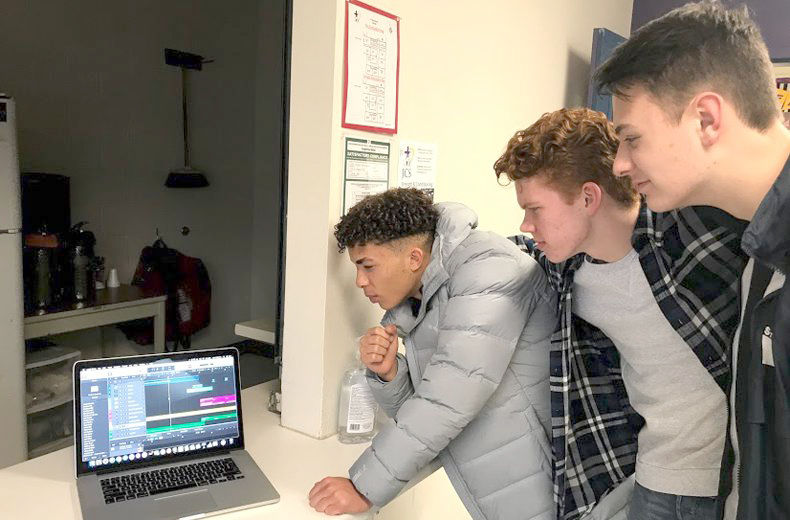 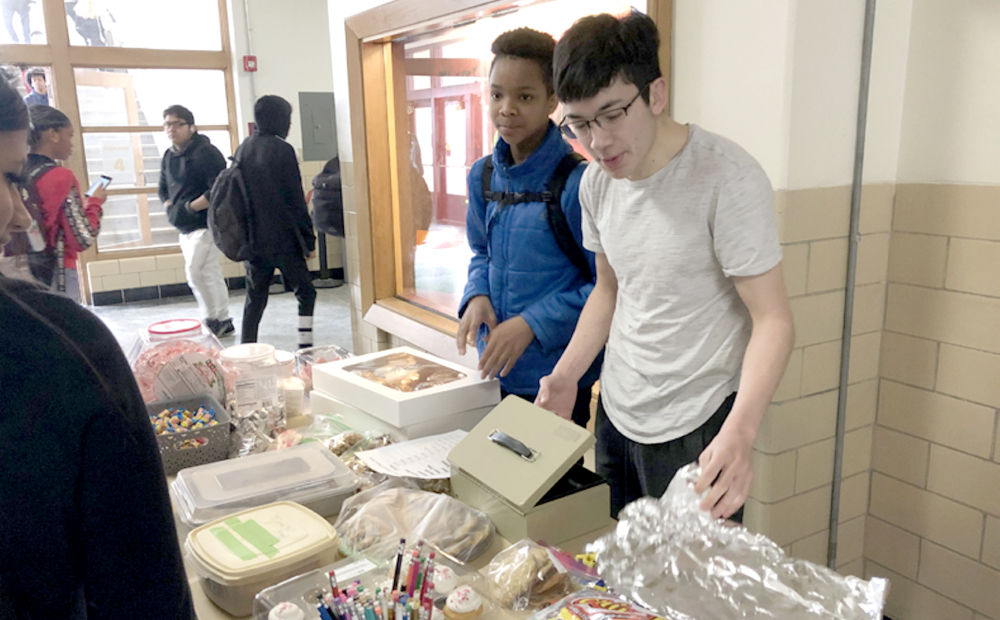 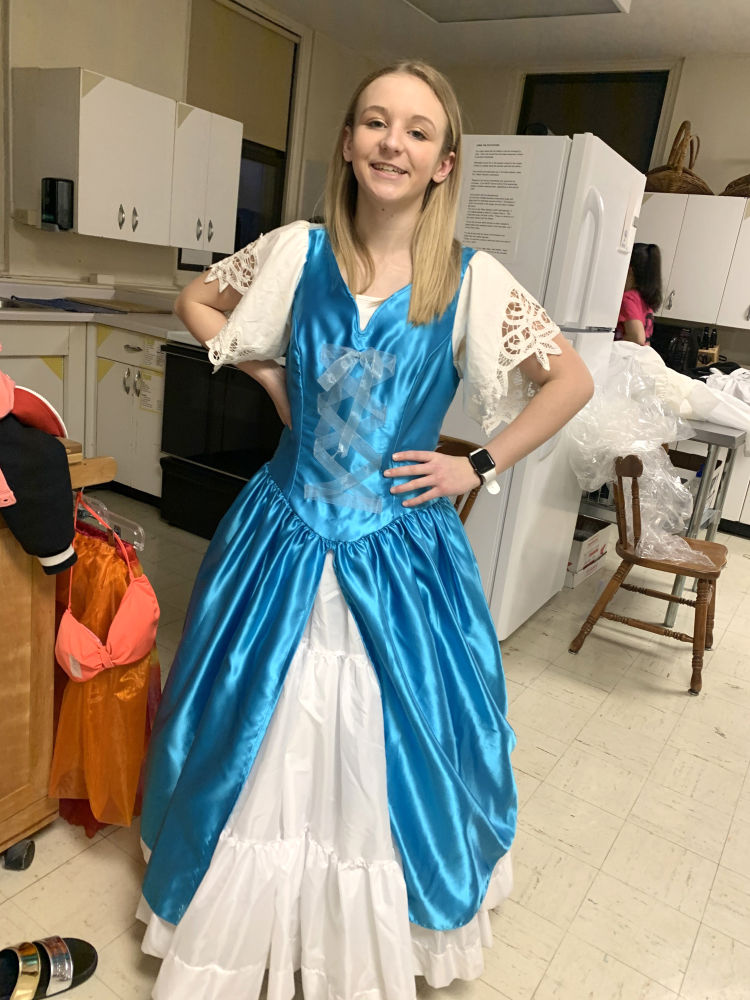 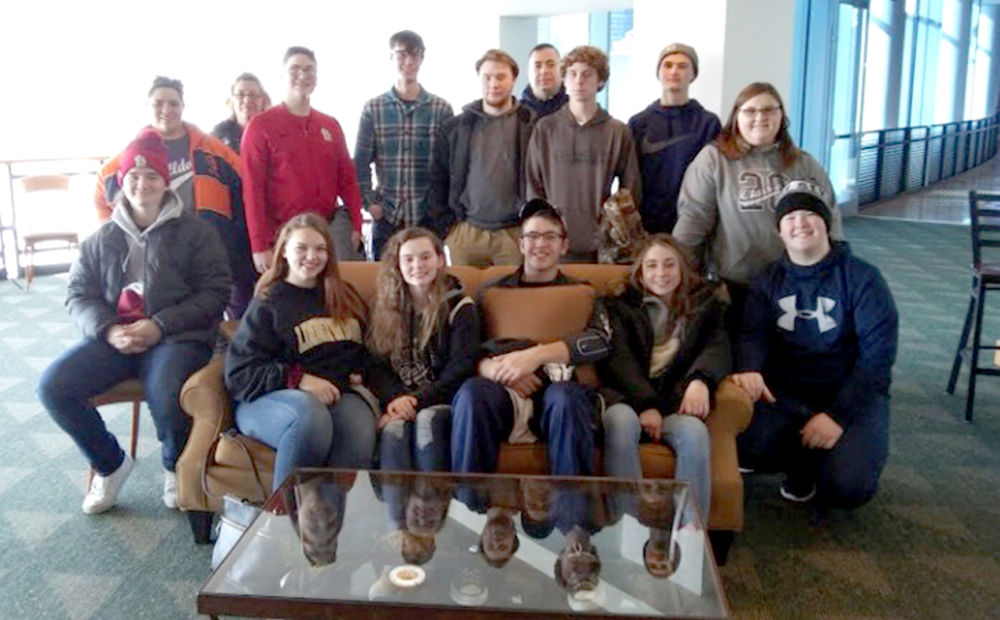 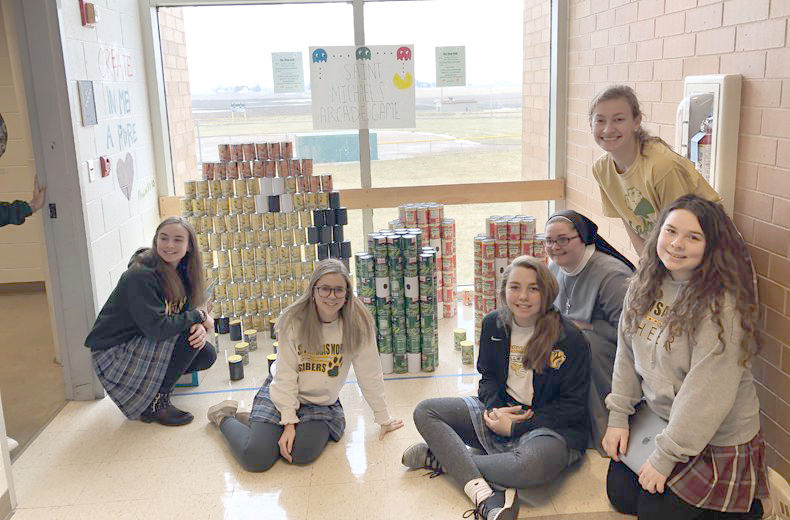 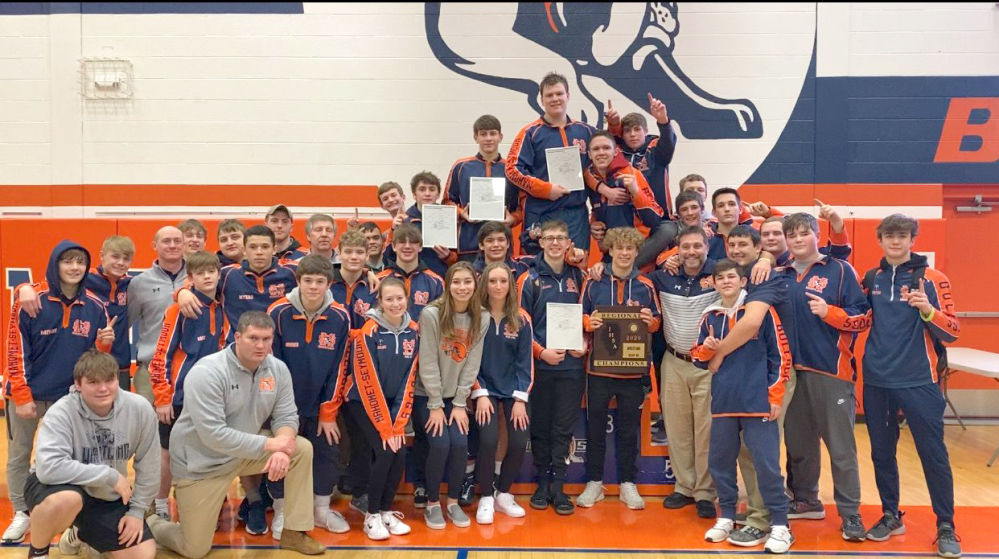 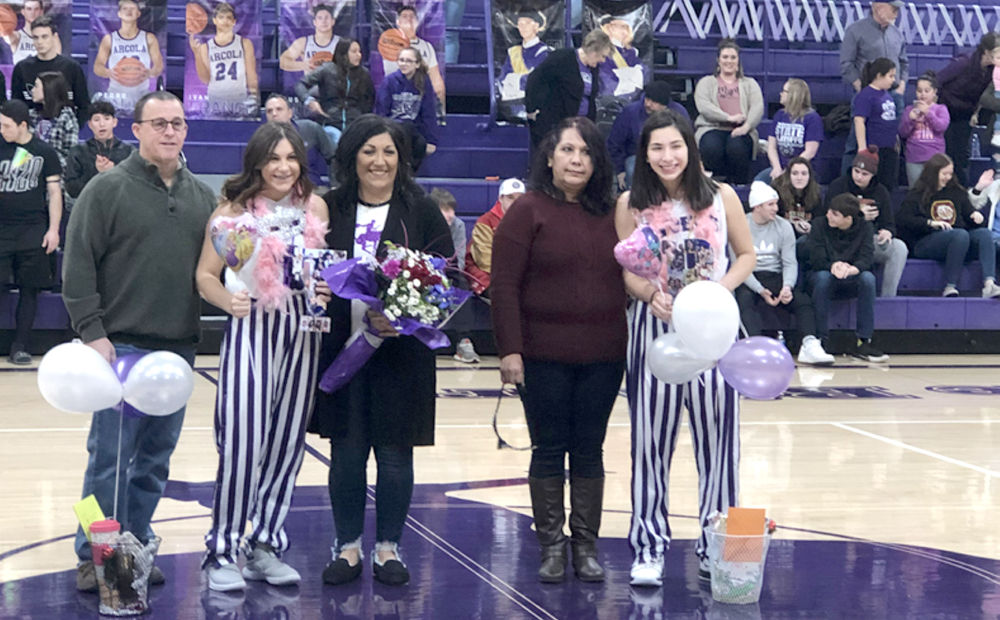 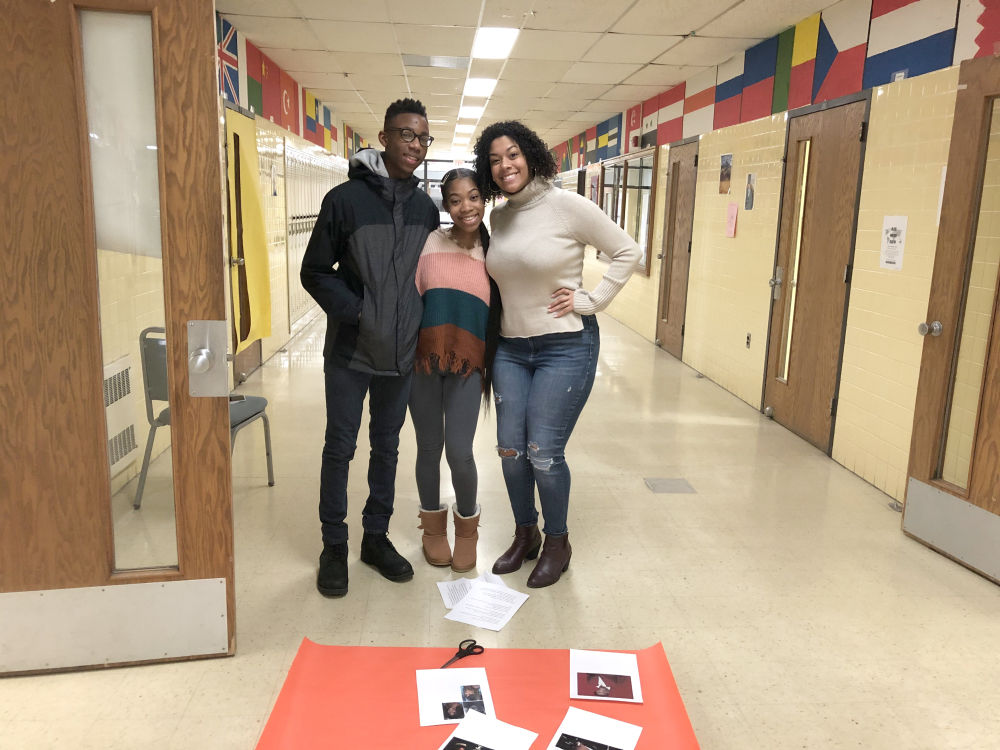 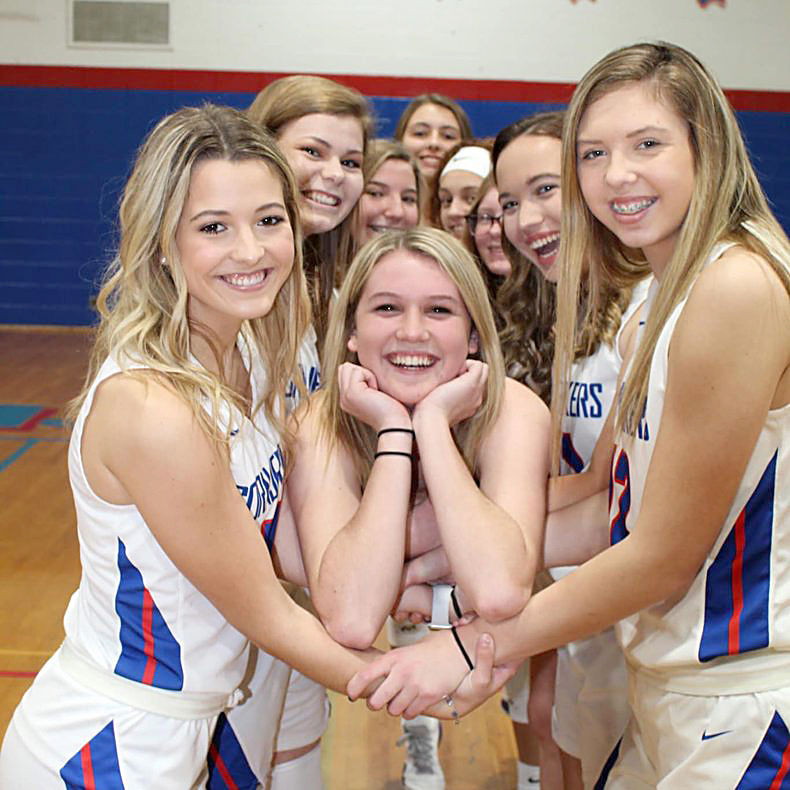 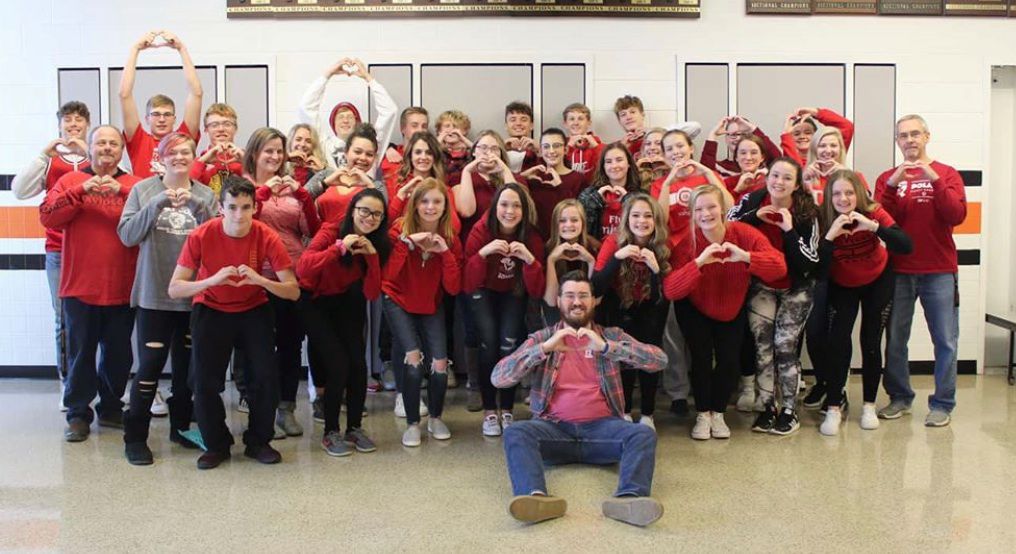 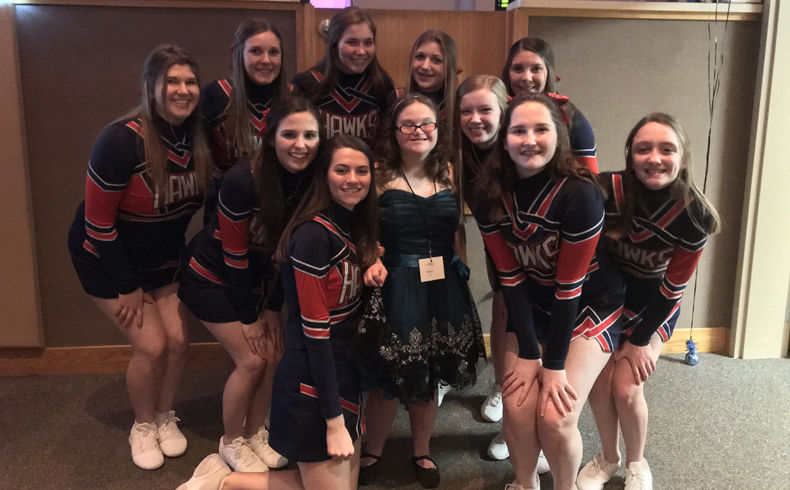 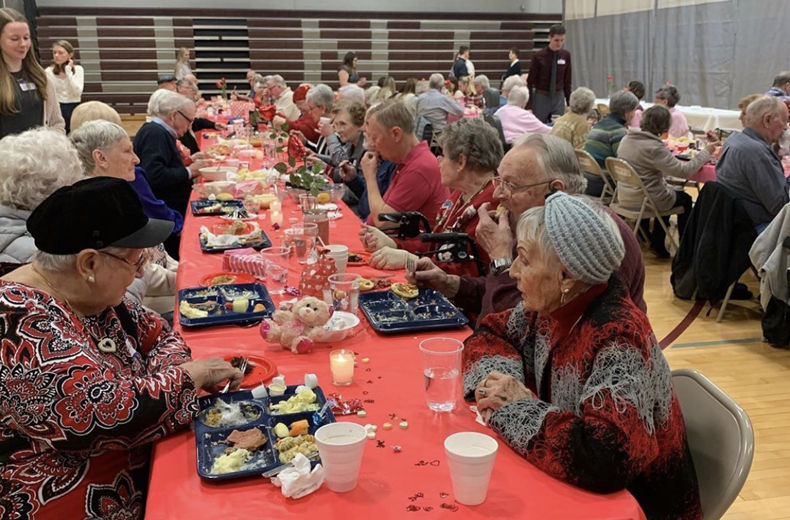 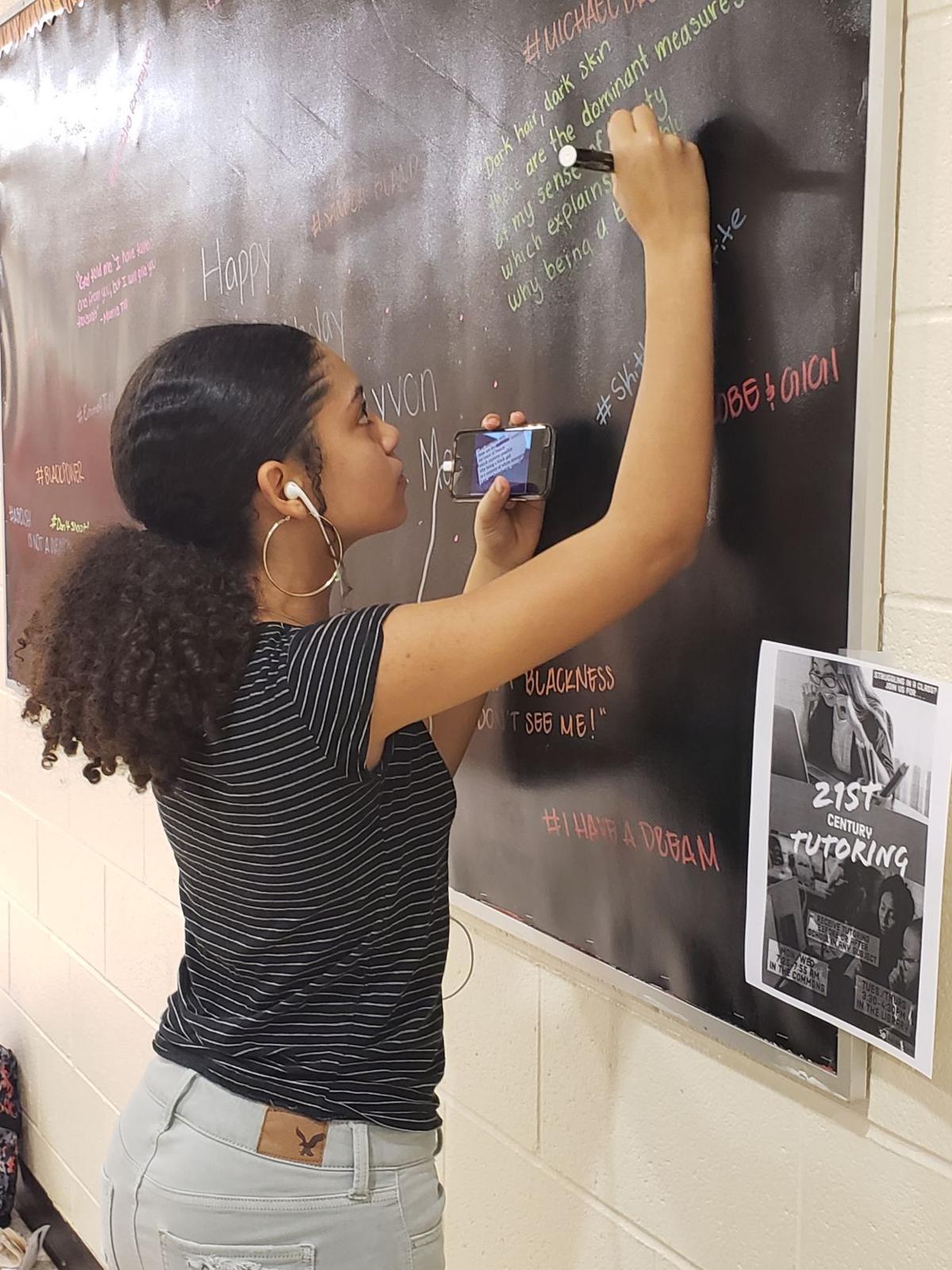 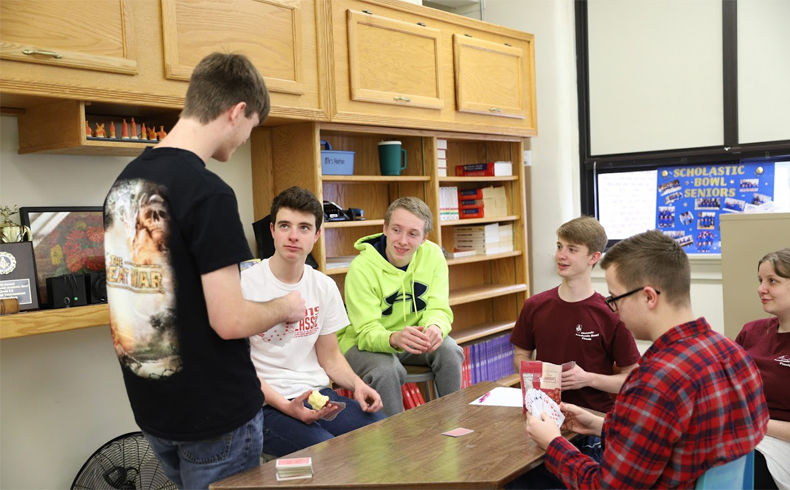 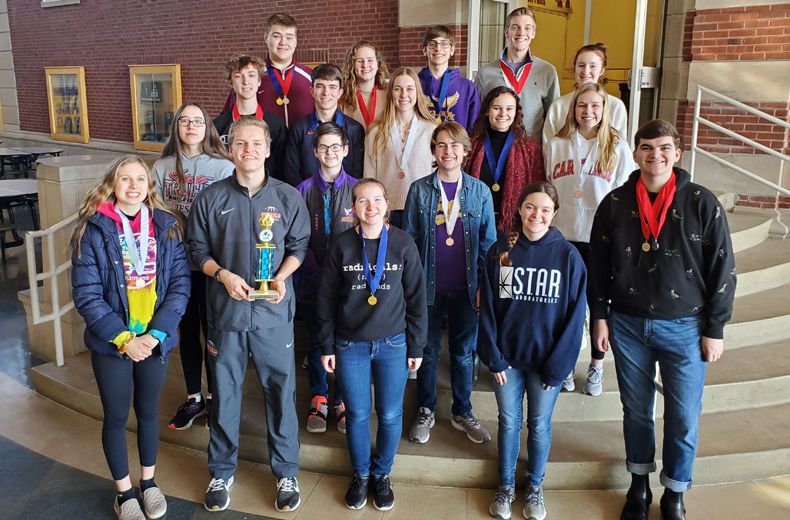 Senior Pep Band members were recognized between the junior varity and varsity games for their commitment to band. — Kaylee Yeakel

Theatre students are practicing for their production of “The Little Mermaid” at the end of March. Pictured: Kendl Lemmon trying on her dress at fittings. — Lindsey Franz

Delegation (pictured) was one of more than 100 show choirs to compete at the annual Midwest Classic. — Leilani Islam

Students wore red on Friday for Congenital Heart Defect Awareness Week. This was to honor Cam Shields, the son of science teacher Isaac Shields, who passed away in 2019 from a congenital heart disorder. — Sidney Sievers

Teammates joined in on the fun as Sadie Drayer was celebrated as the only senior during girls’ basketball Senior Night. Photo by Ginger Gonzalez. — Erin Anderson

Seniors held their first beat competition where contestants produced their own beat. Students judged each song and chose a winner. This week, a sample from the song “Africa” by Toto was used in each beat. — Brayden Riesberg

How tiny Fisher is rallying behind one of its own