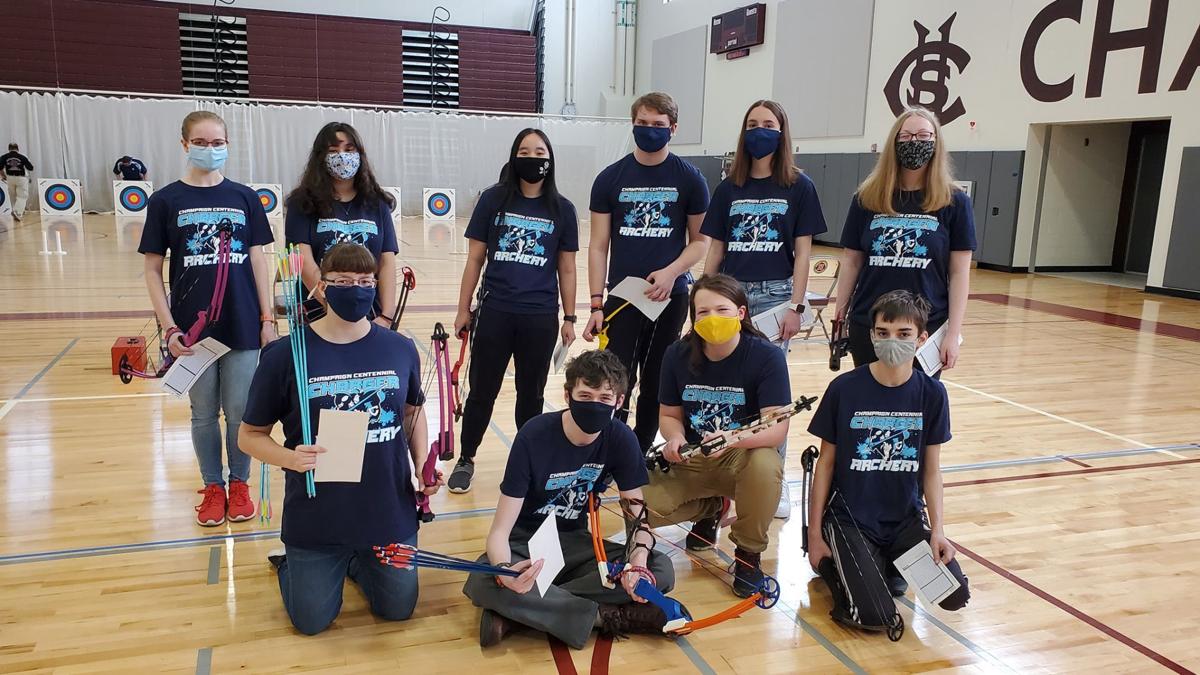 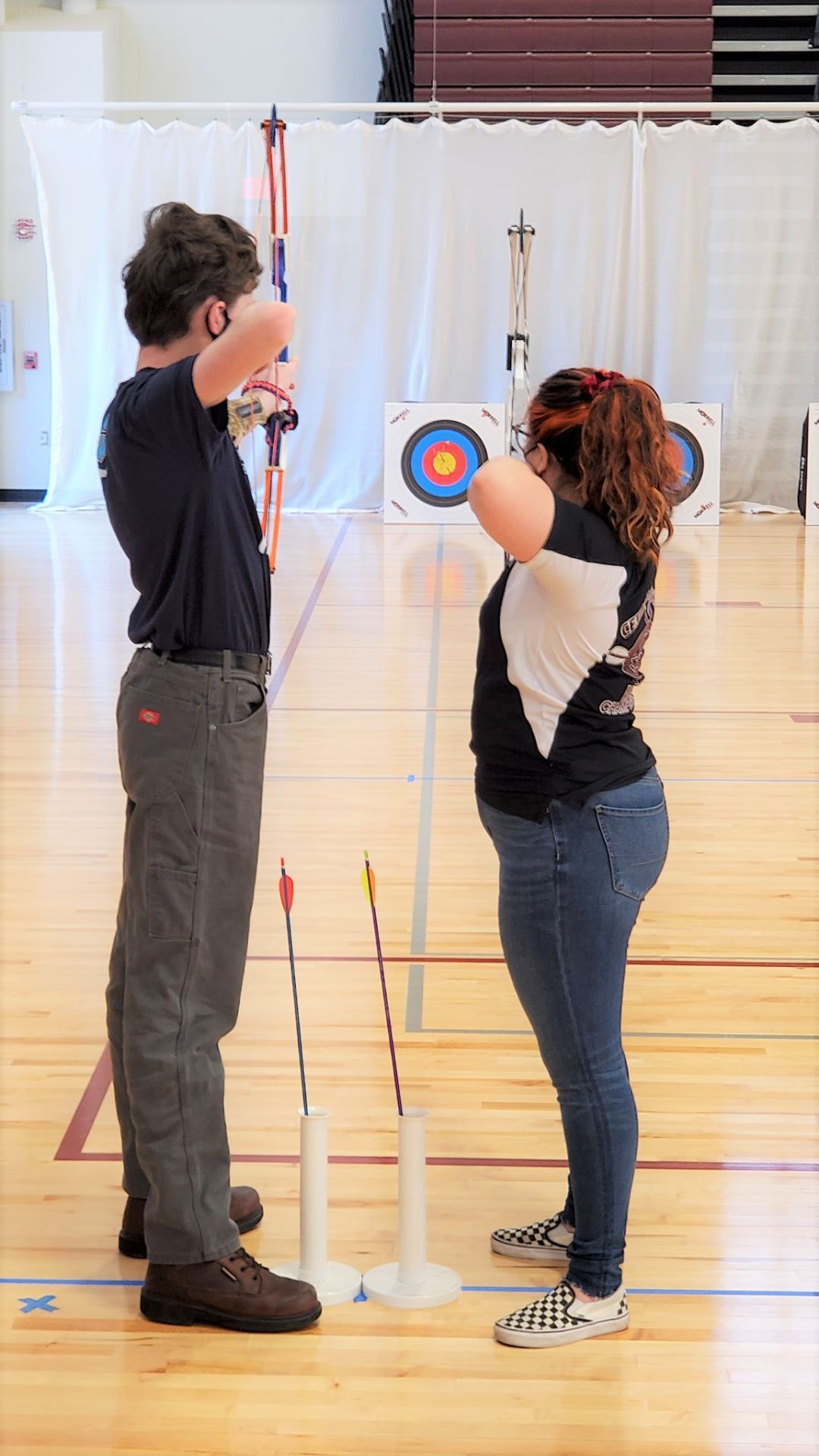 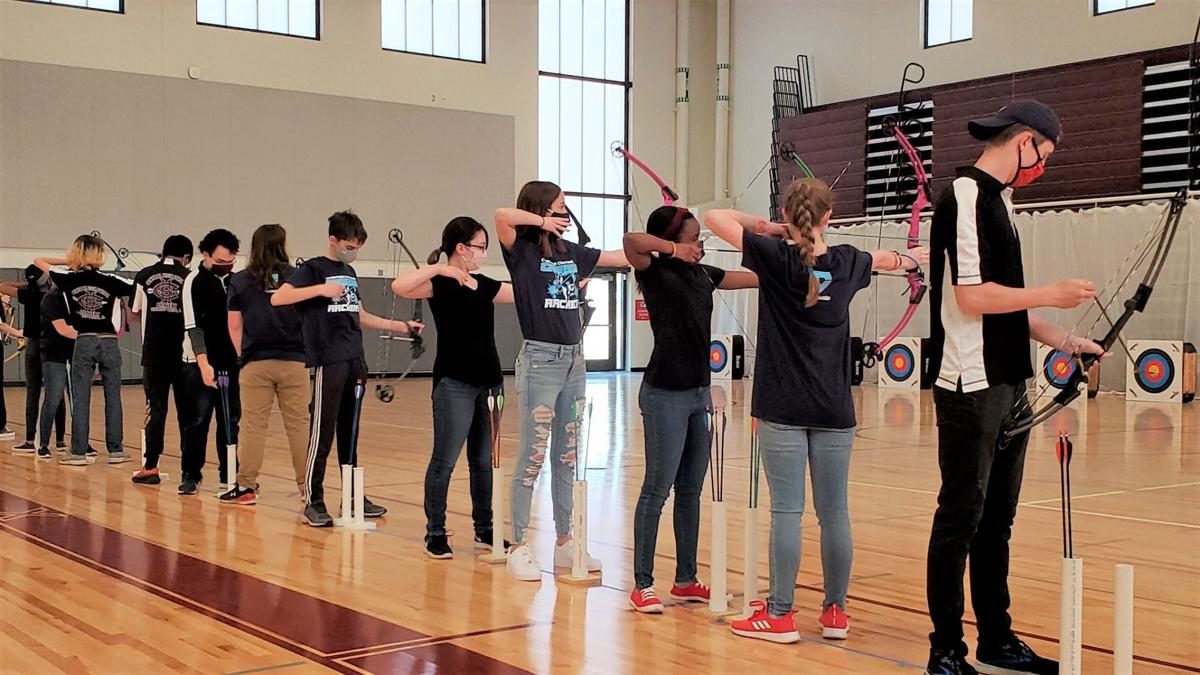 Archers from Centennial and Central high schools compete in the virtual state meet earlier this month at the Central gym.

Archers from Centennial and Central high schools compete in the virtual state meet earlier this month at the Central gym.

A year after not being able to compete at the state archery tournament, high school teams competed virtually earlier this month — and area squads continued to dominate.

Area middle and elementary school squads didn’t do so bad, either.

The virtual competition is sort of the new normal as the world continues to come back from the pandemic.

Centennial and Central high schools were the top two scoring teams in the state. Armstrong-Potomac rounded out the trifecta, finishing third.

“The nice thing was this was the first and only tournament this season where we were able to go and shoot with another team with spectators,” said Heather Miller, who coaches Centennial with her husband, Ryan.

“It was nice for our seniors to be able to go where parents and families could watch them one last time. These kids, when they come to practice, they are so happy to be doing something outside the house that doesn’t involve a computer. You can tell the toll that the isolation has had on the kids. Bringing back sports is good for their mental health.”

Central and Centennial shot together in the new Central gymnasium to verify the state scores since an in-person meet could not be held. State competition is usually held in Springfield.

Brown has seen the archery program at Jefferson grow.

“When it started in 2012, they had 12 kids, and from there’s it’s kind of grown substantially to last year Jefferson had like 125 kids participating in archery pre-COVID,” Brown said.

Jefferson competed in Champaign at the state tournament with Franklin and Edison schools, which finished third and fourth, respectively. Not bad for a Franklin team that fielded its first squad a year ago.

It confirms, he said, this area has not only some of the best archery programs in the state but also the nation.

Brown said Jefferson competed in just three meets this year. Typically, they shoot in about 13 meets and finished second in the nation in 2019.

“Last year, we figured we would have finished in the top five,” but the state meet was called off due to the pandemic.

Kris Hawker, who with husband Garry coaches the Armstrong-Potomac team, said they competed in “five or six” virtual meets plus the state meet this year — about a third its normal number.

A-P competed at its facility in Potomac.

Garry Hawker said meets are “as much a social event for the kids as a competition. They get a lot of long-lasting friendships from all the kids they meet in the state.”

State champion Townsend said he’s been competing with Armstrong-Potomac since he moved to Potomac with his family in sixth grade. The 17-year-old senior at Armstrong Township High School is no flash in the pan. He won state as a sophomore as well.

“It’s a good environment,” he said, “just hanging out with everybody and just shooting.”

The key to being a good archer?

“Repetition and a lot of practice,” he said. “And being sure all of your form is good and really focusing.”

Townsend said he tries to practice at least three times a week. He also hunts deer and turkey with a bow on land his family owns near Potomac.

Townsend, who will head to Indianapolis after graduation to study to become a pilot, said he will continue his archery hobby but probably won’t continue to compete.

The National NASP Tournament will also be held virtually with local teams competing at their own facilities and recording verified scores. That tournament, normally held in Louisville, Ky., concludes the first week of May.