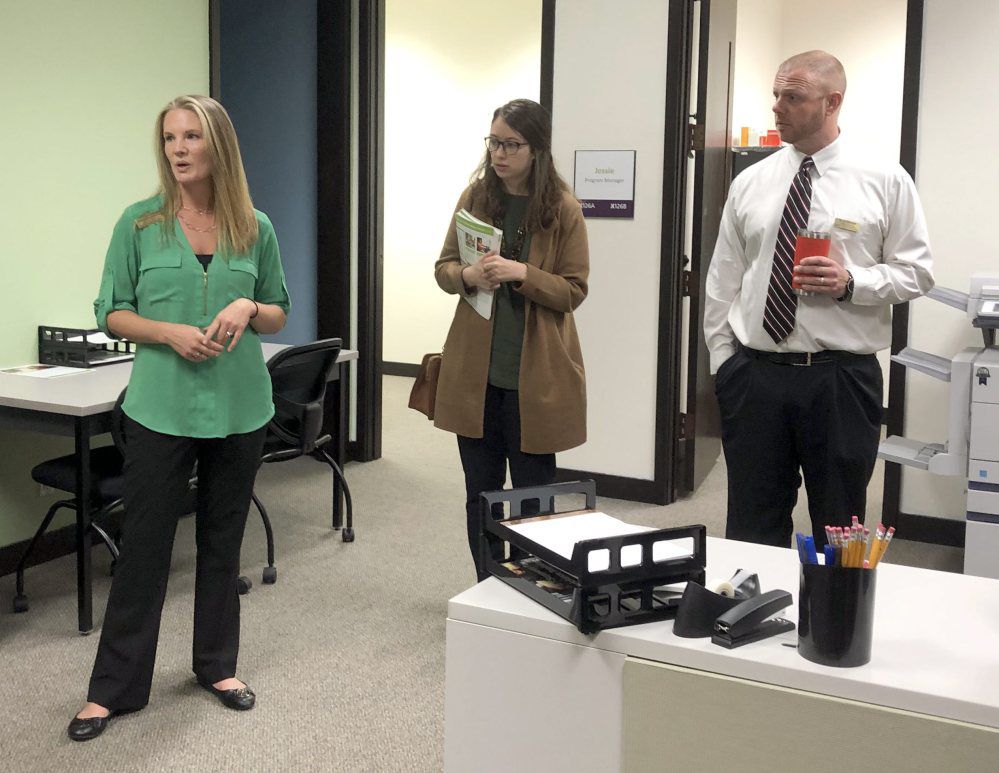 Jessie McClusky, left, manager of the Support for Workforce Training program at Parkland College, gives community and state officials a tour of her new offices Thursday, Oct. 24, 2019, at the college in Champaign. The program aims to get 150 students training and placement in high-demand jobs. 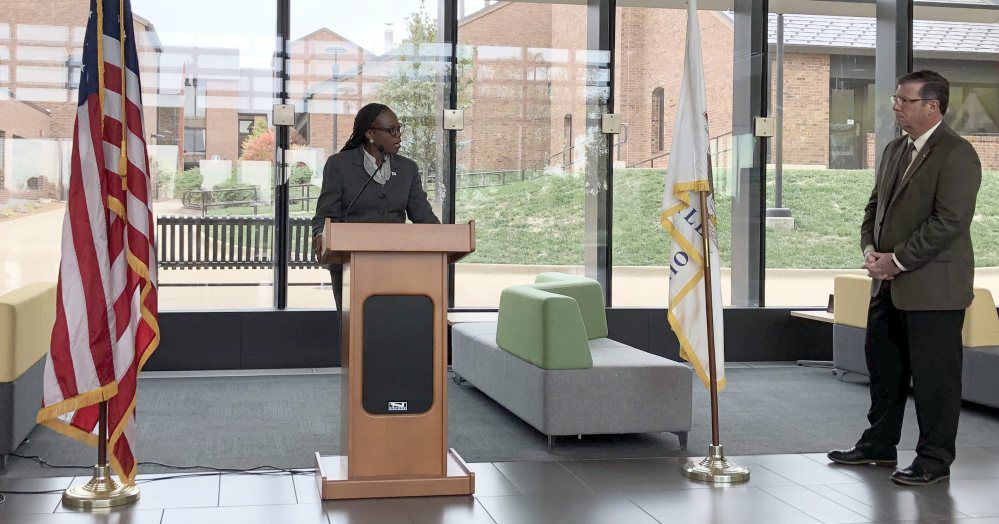 Jessie McClusky, left, manager of the Support for Workforce Training program at Parkland College, gives community and state officials a tour of her new offices Thursday, Oct. 24, 2019, at the college in Champaign. The program aims to get 150 students training and placement in high-demand jobs.

CHAMPAIGN — State government officials were on hand Thursday at Parkland College to announce one of the largest grants in decades with the aim of helping underrepresented groups get free short-term training for unfilled middle-class jobs.

The goal of the pilot program is to help more than 150 residents of Parkland’s district move into high-demand careers in manufacturing, health care and transportation with wages of at least $15 an hour within a year. Ammons said it will be a way to fill the training gap for people who need to get into those jobs.

“These are jobs that require maybe three-month-long programs, or certificates or just a few weeks of training to be filled,” Ammons said. “I think everyone understood in Springfield what was happening in the middle-wage level where a lot of jobs in transportation, manufacturing and nursing weren’t being filled. There wasn’t a real focus on the workforce-development portion of it, so we wanted to initiate that process and have the career-placement support aspect, too.”

The program will provide tuition and fee waivers for training and stipends to help tackle barriers to higher education for historically underrepresented groups like African Americans, who will comprise 60 percent of the population served. Students will be able to select from 22 Parkland degree and certificate programs in four technical career categories: construction and manufacturing; health care; transportation and distribution; and business and IT services.

Parkland is one of 15 community colleges selected to take part in the $18.7 million grant program that will train 1,500 adults statewide for jobs in fields with a high demand for workers. Ammons said she hopes to double Parkland’s share once it shows success in “eliminating the problem of underemployment” when the pilot program is done in a year.

On Thursday, members of the community and officials from the college and local and state government toured the program’s new offices. Manager Jessie McClusky said she hopes it will help strengthen collaboration among the different departments at Parkland.

“For me, it’s very exciting to see the college come together for this,” McClusky said. “We’re currently getting together the process for intake of students and eligibility. We’ll be working one-on-one to find people’s interests and to make sure they are informed about the career they want.”

McClusky said the goal is to get students into careers that can support families, “not jobs.” But at this point, the goal is to get the word out. Through recruiting and meeting with potential participants, McClusky hopes that Parkland can get its 150 spots filled and have participants ready to start their careers before the end of the 12-month pilot program.

Ammons said her next goal in the Legislature is to establish bridge programs to make sure graduates find career paths.

“Assuming that you go into construction trade program through Parkland, our goal is to work with our labor unions who are partners in our process to get them into those apprenticeships,” Ammons said. “The hope is to then eventually get them into a journeyman salary that really is a middle-wage job. If you follow the course, one could do this in probably about two or three years, at least into that journeyman.”

She said the role of government is clear in getting people into good-paying careers.

“It’s not going to happen unless the government steps in to align our resources with the opportunities that exist,” Ammons said.

Aldo Toledo is a reporter covering local government at The News-Gazette. His email is atoledo@news-gazette.com, and you can follow him on Twitter (@aldot29).