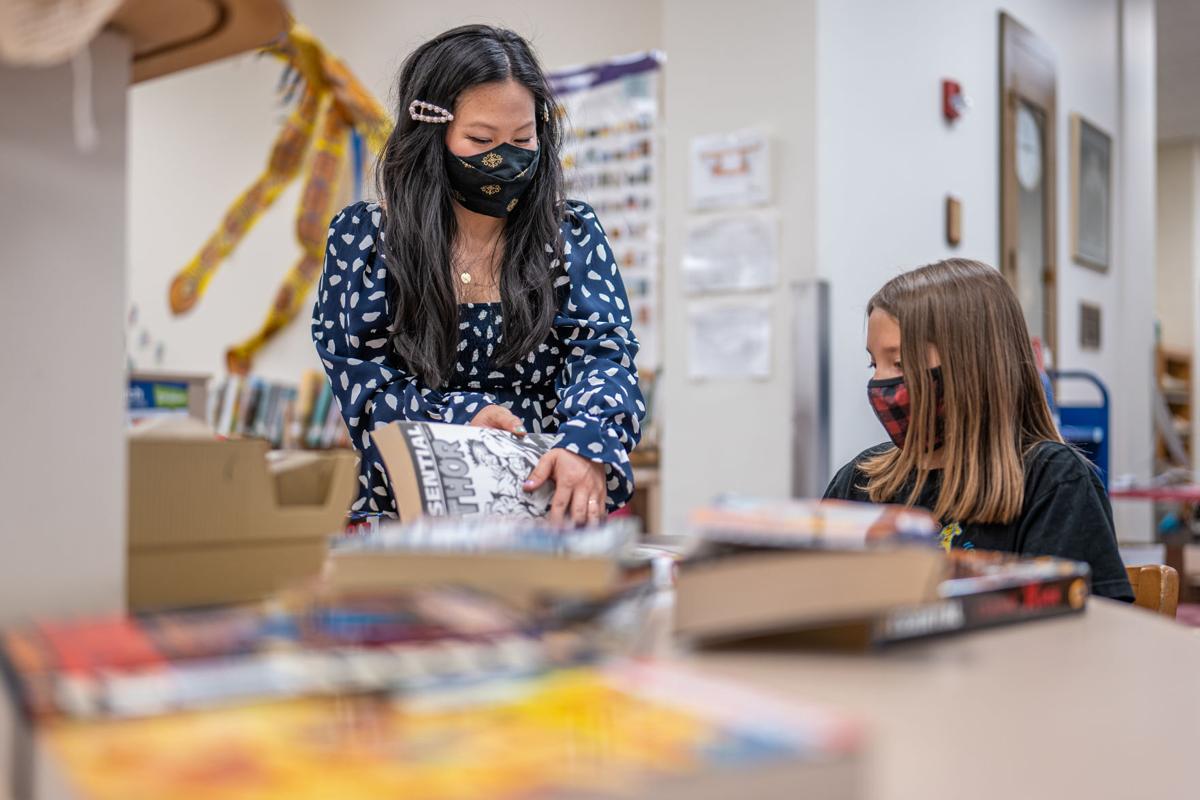 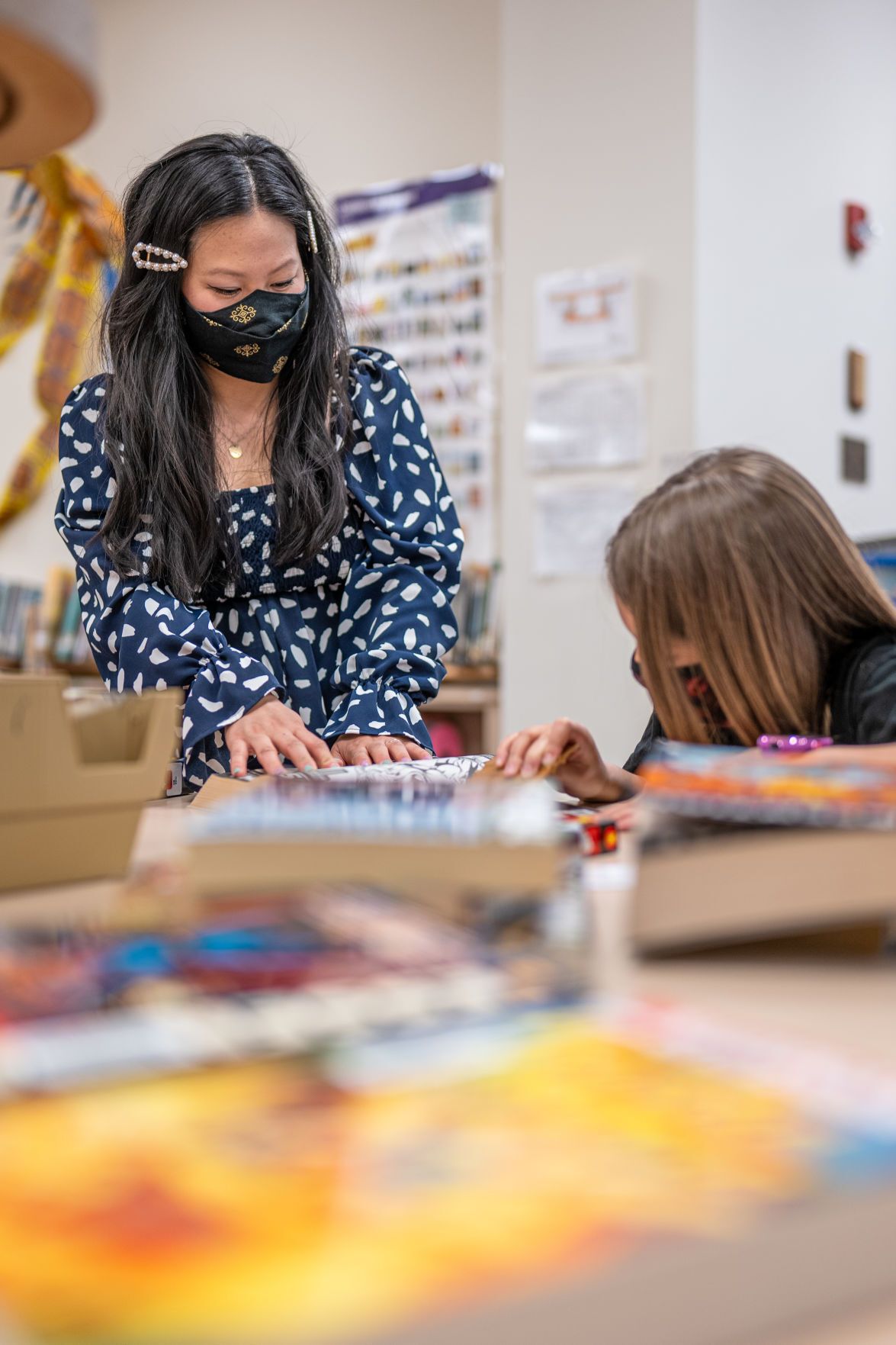 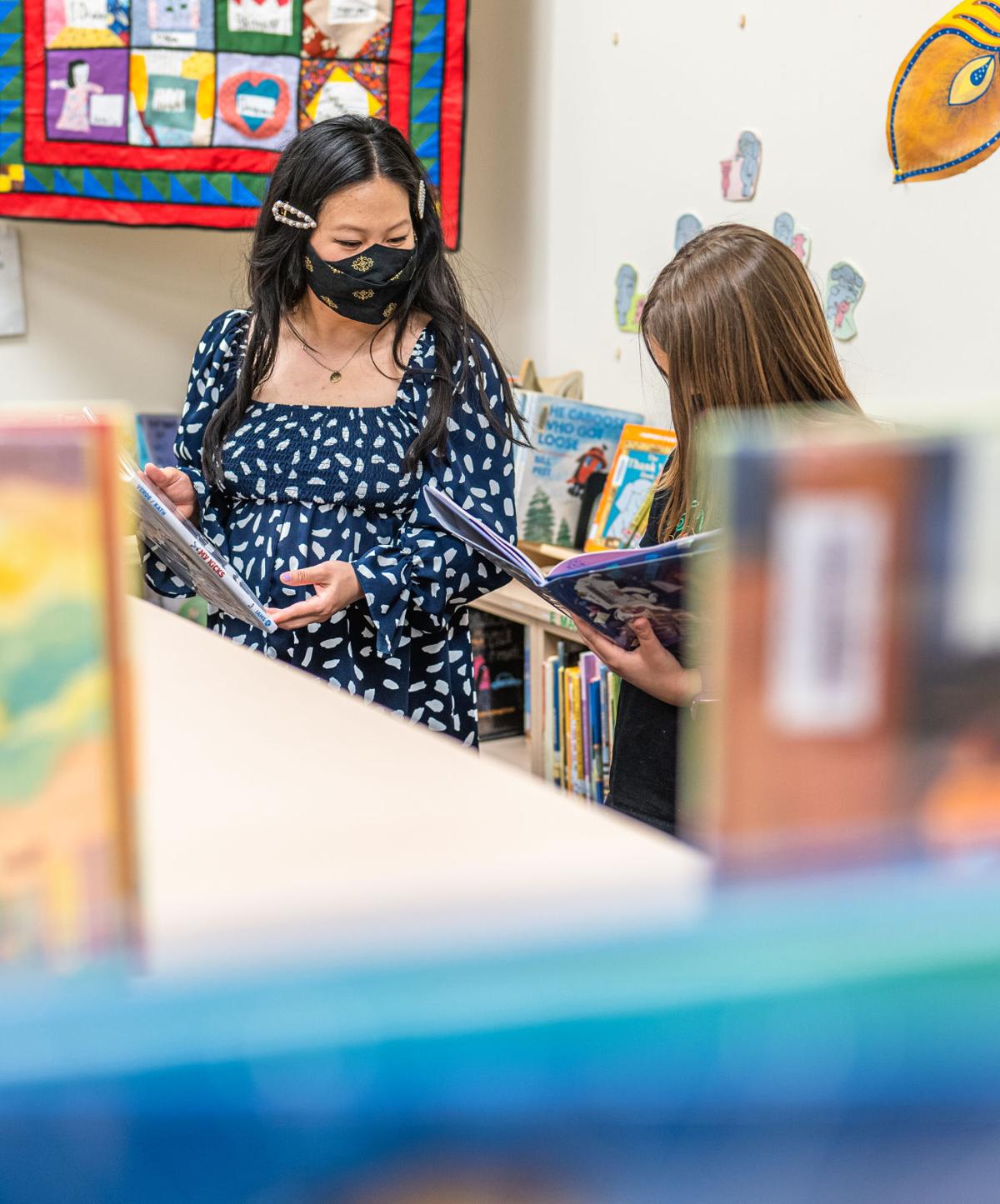 What's your opinion? Submit a Letter to the Editor by clicking here

When Melissa Wills took over as librarian at Lincoln Trails Elementary School in Mahomet seven years ago, she inherited a catalogue that was flush with classics, including every single Newbery and Caldecott Award winner and a shelf full of Dr. Seuss’ work.

Where it was heavy on books that would make adults nostalgic, though, it was light on those by authors and with characters of diverse backgrounds, religions, skin colors, sexual orientation and gender identities. Instead, when minority characters were mentioned in those older books, it usually came in the form of inaccurate stereotypes and harmful language.

“When students are too young, they accept what they’re reading to be the truth or to be the acceptable standard of writing or illustrations,” Wills said. “And if I (give them) books with racial slurs or just poor imagery, then my students will think that’s acceptable. So, I don’t want them to have preconceived notions that speaking that way or acting that way is acceptable just because they’ve seen other people acting that way in an outdated book.”

Like librarians around the world, Wills has wrestled with the realization that her library, like most, was filled with cherished books that don’t necessarily hold up to modern standards.

Recently, Dr. Seuss Enterprises made news and prompted political backlash for removing six of the renowned author’s books from publication for portrayals of minorities the company considers “hurtful and wrong.”

While the removal of some Dr. Seuss books from circulation may have received the most attention, he’s far from the only author to come under scrutiny recently.

In March, Scholastic pulled from circulation a book written by best-selling author Dav Pilkey called “The Adventures of Ook and Gluk: Kung-Fu Cavemen from the Future.” The move, which was supported by Pilkey, came after a Korean-American father named Billy Kim started a petition at Change.org about problematic imagery concerning the book’s Asian characters.

For years, children’s author Roald Dahl has come under scrutiny. His original portrayal of Oompa Loompas in “Charlie and the Chocolate Factory” depicted the workers in Willy Wonka’s factory as African pygmies he found “in the very deepest and darkest part of the African jungle where no white man had ever been before.”

Tiffanie Bui loved Dahl’s books as a child, but the librarian at Urbana’s Leal Elementary said she would rather promote books to her students that don’t include problematic imagery.

“Coming to terms with those things is hard, but I think it’s very necessary,” she said. “And I think there are some wonderful books out there by some amazing authors that we can use this opportunity to promote their work, because they’re doing some amazing stuff.”

Books with minority characters, though, haven’t always been easy to find.

In 2002, 13.2 percent of children’s books printed by major publishers had a main character who was Black, Indigenous, Asian, Latinx, Pacific Islander or Arab, according to the Cooperative Children’s Book Center at the University of Wisconsin School of Education. In 2019, that number rose to 29 percent.

“I know when I was a little girl, I loved to read books where I knew I could be a part of that story,” Miner said. “And most diversities have never felt that. If you are able to read a story that you can imagine yourself being a part of that story, it gives you a real place and hope and acceptance. It’s important to see who you are in a story.

The importance of minority authors writing those books has also become a focus. In 2015, young-adult author Corinne Duyvis coined the hashtag “#ownvoices,” a term that has come to represent the importance of minority groups portraying themselves. From 2015 to 2019, the percentage of children’s books written by minorities rose from 10.7 to 24.1, according to the children’s book center.

In addition to acquiring funding to diversify Rantoul City Schools’ library collections four years ago, Miner has formed a book club that is part of the national organization “Project Lit,” through which she’s been able to set up Skype conversations between her students and minority authors.

“Our libraries now definitely reflect the various populations we have and the numbers we have,” Miner said. “So, we’re really quite proud of things that have changed over the last five years in our libraries.”

Miner said she’d pull books like the ones written by Pilkey and Dr. Seuss that were removed from publication.

Librarians, though, aren’t necessarily always eager to pull books off the shelves, and their approach differs with the age of their students. At Uni High in Urbana, the main criteria for weeding out books is simply that they haven’t been checked out in at least three years.

“Our book selection is read by a broad range of readers,” assistant librarian Charlie Newman-Johnson said, “and one very important library principle is that every book has its reader, and every reader has their book.”

As they look for new books, though, Newman- Johnson said he and Uni High librarian DoMonique Arnold are specifically looking for books with diverse characters.

For Mills, curating the collection at Lincoln Trail is a scientific process thanks to a cataloguing system that provides curated statistics. After years of building up the diversity in her collection, Mills said that one area she found was lacking was books with, by and about Native Americans. That segment was particularly old, she said, and that’s an issue she plans to solve in the coming years.

“If all of your books are from the 1970s, there are generally stereotypes in books written then simply because the world has changed, and we have recognized that the world changes with it,” she said. “Generally speaking, the prejudices that exist during a time period exist in the writing. And obviously, we are growing into a better group of people and accepting fewer prejudices. And that is seen in current writing.”

While she doesn’t pull Dr. Seuss’ problematic books off the shelves, Mills said she intentionally does not put them in the hands of her younger students, either. Instead, she waits until students are in the fifth grade before she presents them with context.

In one particular lesson, she compares the prejudices in older books with books like “The Last Stop on Market Street,” in which an African American boy learns to appreciate the beauty in his daily bus ride that he hadn’t previously appreciated.

“After I’ve introduced those topics,” she said, “you can give them the Dr. Seuss books, and they can recognize where those prejudices lie and where racism is seen and how this may be better represented in a different way. Don’t necessarily dispose of this, but use it as a teaching point.