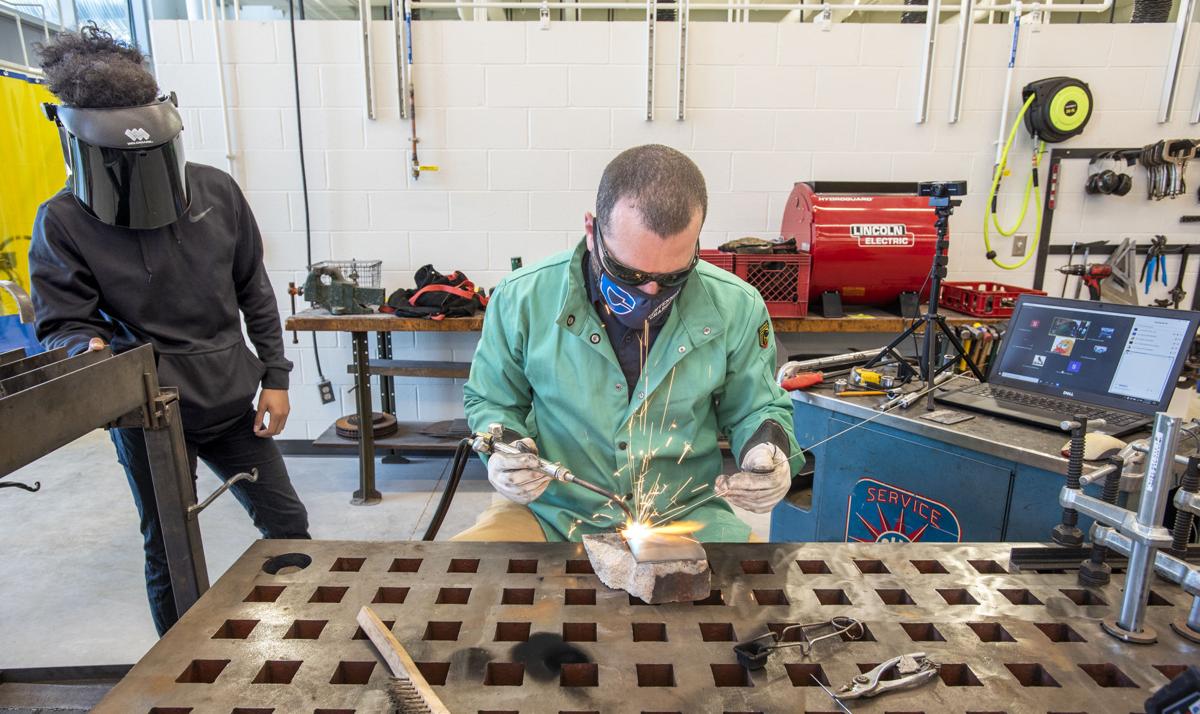 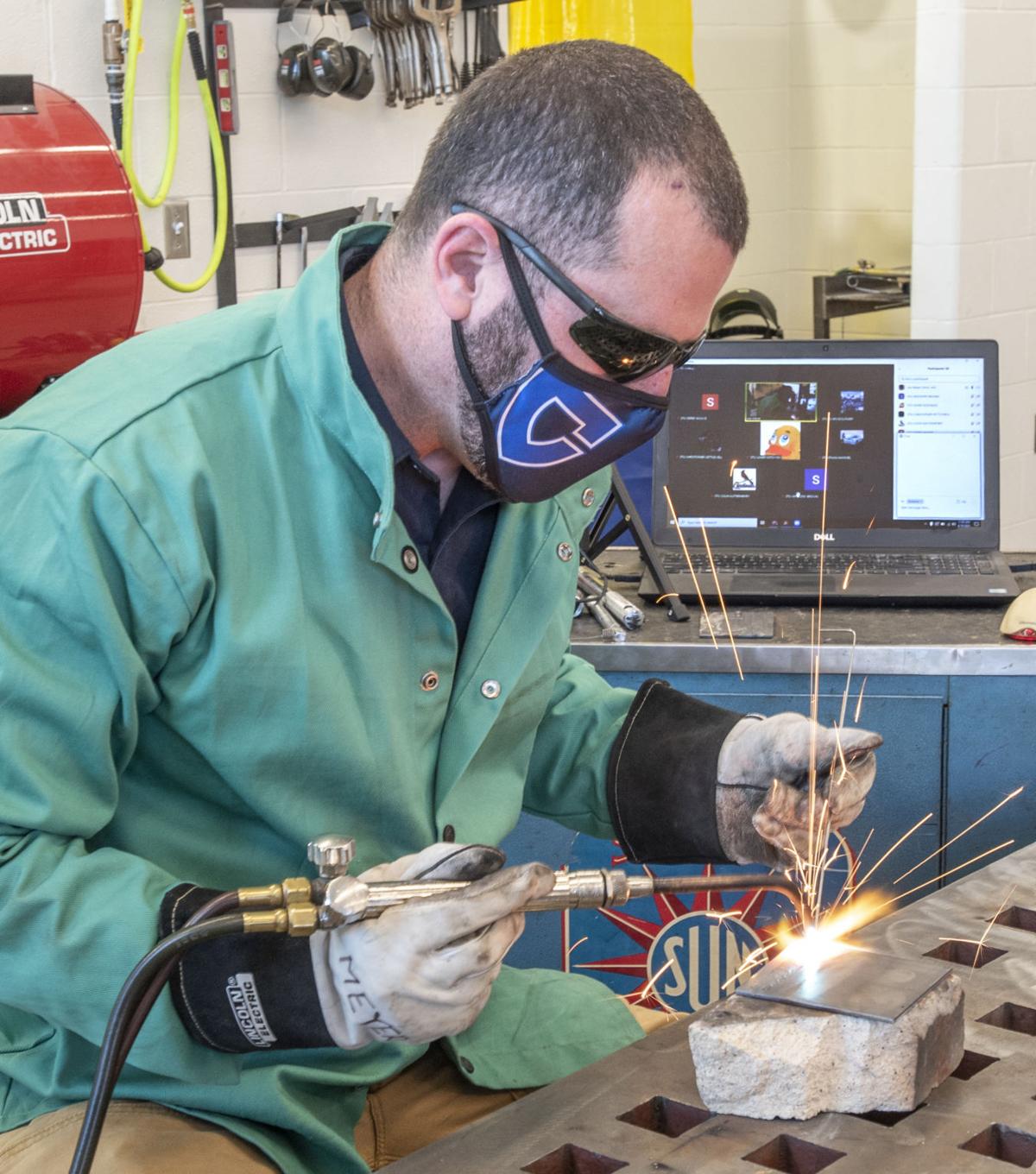 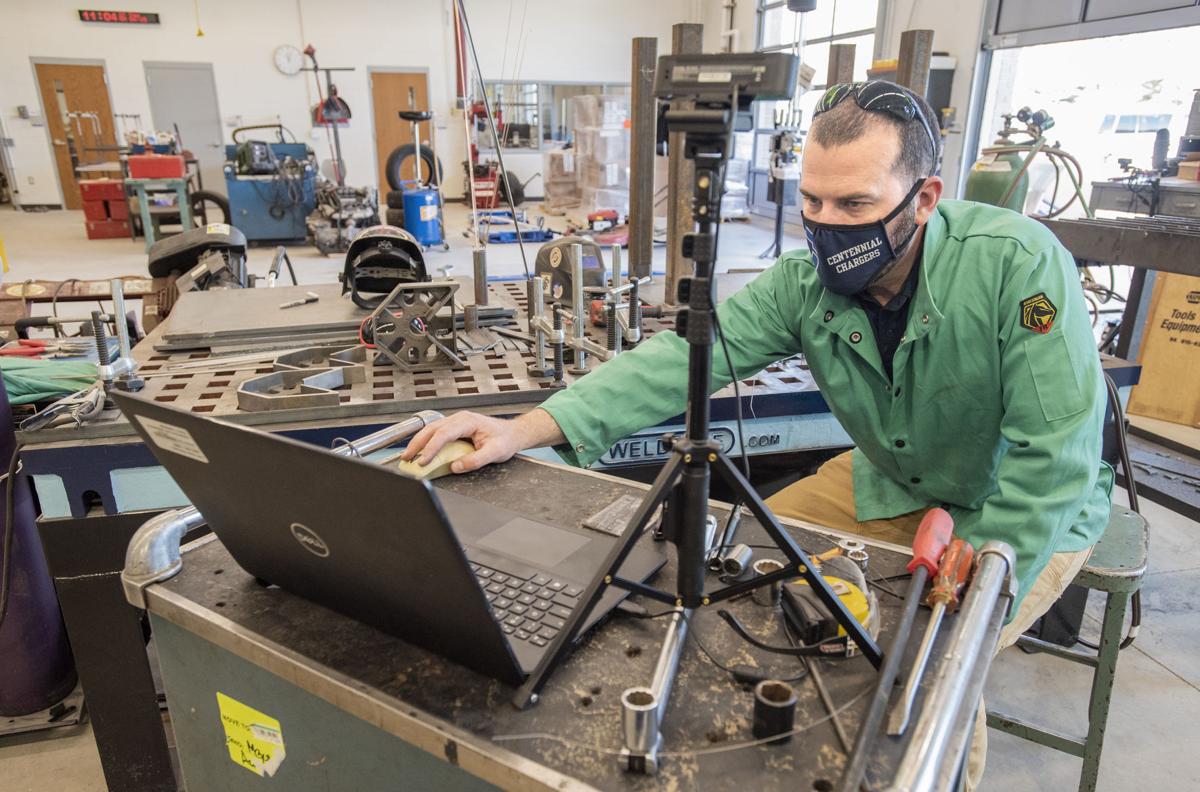 CHAMPAIGN — For the entirety of his time in the Champaign school district, Joe Meyer has taught classes, including welding and engineering design, where his students designed and built structures in a cramped, dimly lit shop at Central High School that didn’t have modern ventilation systems.

Centennial students were brought over by bus, meaning he had to wait 10 minutes after the bell rang to start class.

In classes that rely heavily on hands-on work, students shared eight welding stations with booths made out of sheet metal. Automotive classes had all the students crowded around one car.

This year, that all changed. As part of the $183.4 million facilities referendum approved by voters in 2016, Meyer and his fellow shop teachers have stepped into brand-new facilities with far more open space and gleaming new equipment at Centennial. Similar shops are currently being built at Central.

“To be simple about it, we’re going to have the best shop facilities in this part of the state, from what I’ve seen,” Meyer said.

Among the attractions of his new facility, each welding station has its own ventilation system. For the automotive class, two cars can sit in the garage. New computer-numerical-control equipment — automated machining tools that allow designs created on a computer to come to life — fills a wood shop that has a brand-new dust-extraction system.

Already, far more students are able to fit in the new space, and when each high school has one, far more will be able to take shop classes, and class will be far better for the ones that do.

“You’re really just trying to practice,” Meyer said. “It’s expensive to buy a welding machine and practice at home all the time. So my No. 1 goal is to let kids practice welding under my tutelage. So we’ll be able to let twice as many kids practice at once in the welding booths. I think that’s a major thing.

“We’ll have twice as many cars in there. Instead of having 16 kids standing around one car, we’ll have 16 kids working on two cars. So, increasing our kids capacity to get their hands on things and not just standing on the periphery.”

Meyer, a former civil engineer, has been a teacher for more than a decade. He was writing his dissertation for his Ph.D. in engineering education 11 years ago when it dawned on him that he didn’t simply want to teach and research about teaching high school kids — he actually wanted to teach them.

He first took a role teaching physics and science at Paxton-Buckley-Loda. Two years later, he saw a posting for the Champaign district’s technical shop class, a job that fit his interests in engineering and teaching even more perfectly.

“They took a chance and hired me, and I can’t convince myself to leave,” Meyer said. “I love it.

“It’s cool, because instead of teaching it in a physics room and teaching engineering from a book, we design stuff and build it.”

Of course, Meyer hasn’t been able to teach his class in a normal way this year. At most, five or six kids attend in person, which is particularly difficult for classes that rely on practice with expensive equipment.

When the new shops do fill up, first at Centennial and then at Central, Meyer is excited to see the program grow in a way that simply wasn’t possible when he started at the school nine years ago.