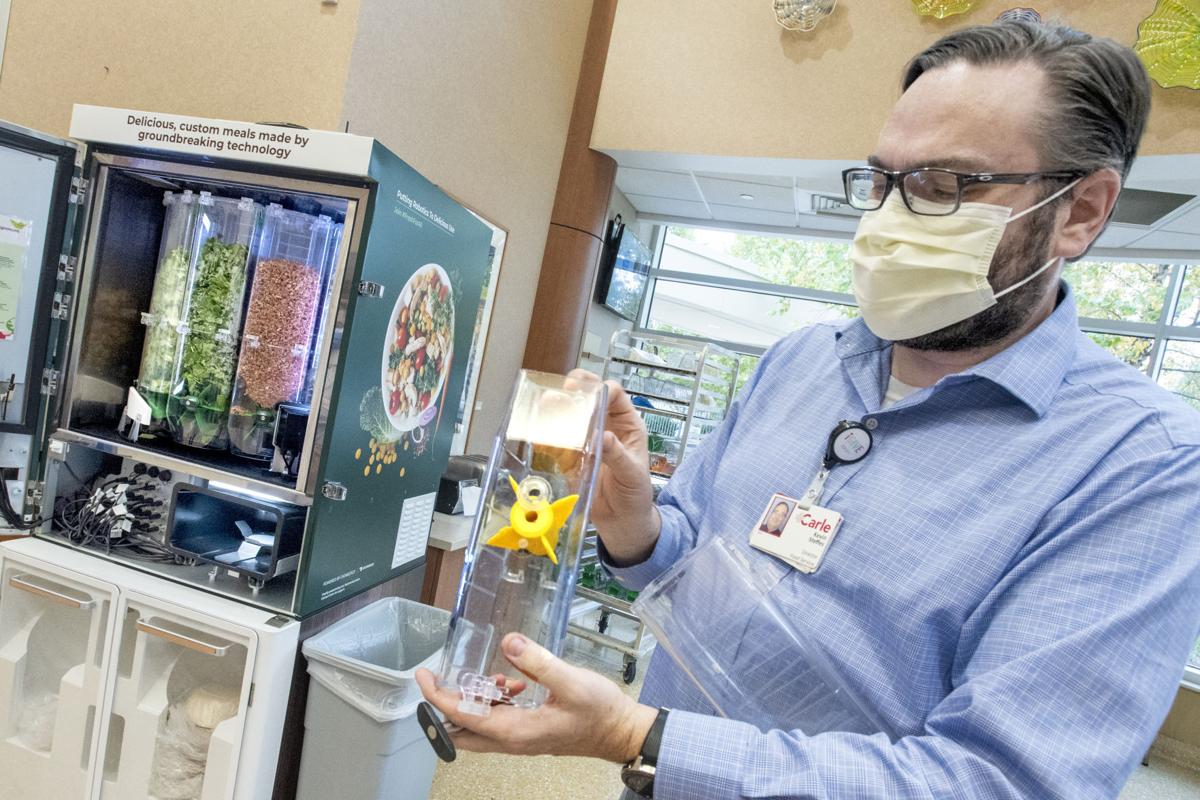 Carle food service Director Kevin Steffes on Monday shows one of the ingredient holders used in fresh-food robot ‘Sally’ that mixes a salad to order at the South Clinic in Urbana. 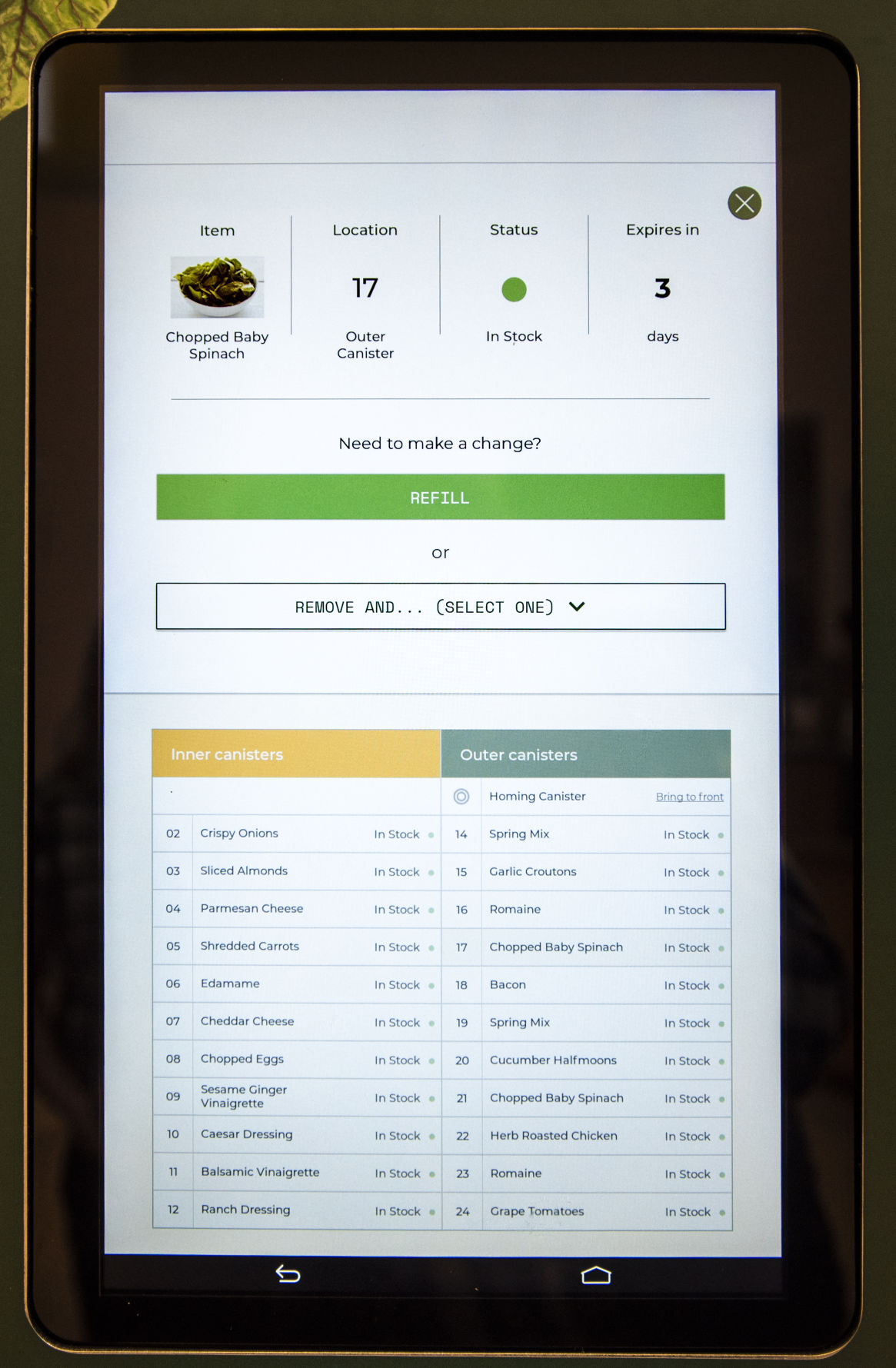 The menu on fresh-food robot ‘Sally’ that mixes a salad to order at Carle’s South Clinic.

Carle food service Director Kevin Steffes on Monday shows one of the ingredient holders used in fresh-food robot ‘Sally’ that mixes a salad to order at the South Clinic in Urbana.

The menu on fresh-food robot ‘Sally’ that mixes a salad to order at Carle’s South Clinic.

URBANA — Introducing Sally, the fresh-food robot that will take your order and make you a salad on Carle Health’s central Urbana campus.

Sally was rolled out Monday in two Carle locations — one in the South Clinic coffee bar and one in Carle Foundation Hospital’s lower level in a virtual kitchen pick-up area near the currently closed cafeteria.

Here’s how it works: Each Sally has 22 fresh-food compartments. You pick your ingredients, insert a bowl and voila: The salad of your choice is assembled, and the bowl emerges for you to top with a lid and carry away.

“It was perfect and exactly what I was looking for,” he said.

Sally was created by California company Chowbotics, which earlier this year was acquired by DoorDash.

As hospitals were shutting down their cafeteria salad bars with the coming of the COVID-19 pandemic, Chowbotics billed Sally as a safer option for employees and visitors.

Since Carle’s cafeteria is undergoing an extensive renovation and isn’t set to reopen until the end of the year, Steffes said Sally is providing a 24/7 healthy food option for visitors and staff and will likely remain after the cafeteria reopens.

Carle food-services staff members are chopping and stocking the fresh ingredients in each Sally’s sealed, refrigerated containers and restocking as needed, Steffes said.

He gets automatic ingredient expiration notifications in his email to make sure what’s in the machine is fresh.

The customer can choose from among five menu salads, such as chicken Caesar or Asian chicken, or custom-order salad ingredients choosing two base ingredients, up to five toppings, plus a dressing, Steffes said.

Over the next few months, the Sally in the hospital may be moved around to some other public areas in the hospital, but the one in the South Clinic will stay put, he said.

Since Sally just debuted at Carle on Monday, Steffes said the food-service department will need to monitor which ingredients are most popular and the best workflow to keep the compartments stocked.

Carle’s cafeteria closed last December for remodeling and will reopen with a new menu, daily wellness choices and a cook-to-order chef station with Mexican or Mediterranean cuisine, customizable pasta dishes or stir-fry, according to Carle.