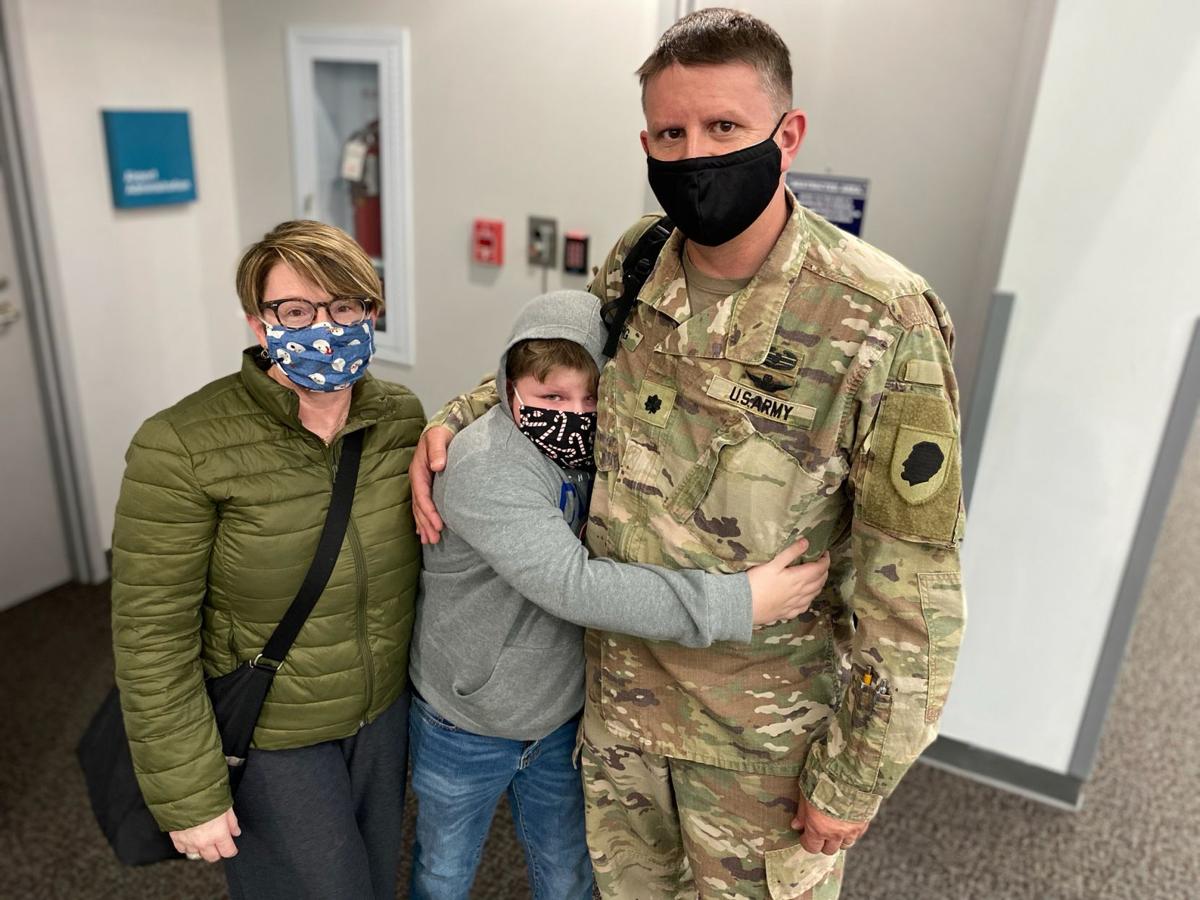 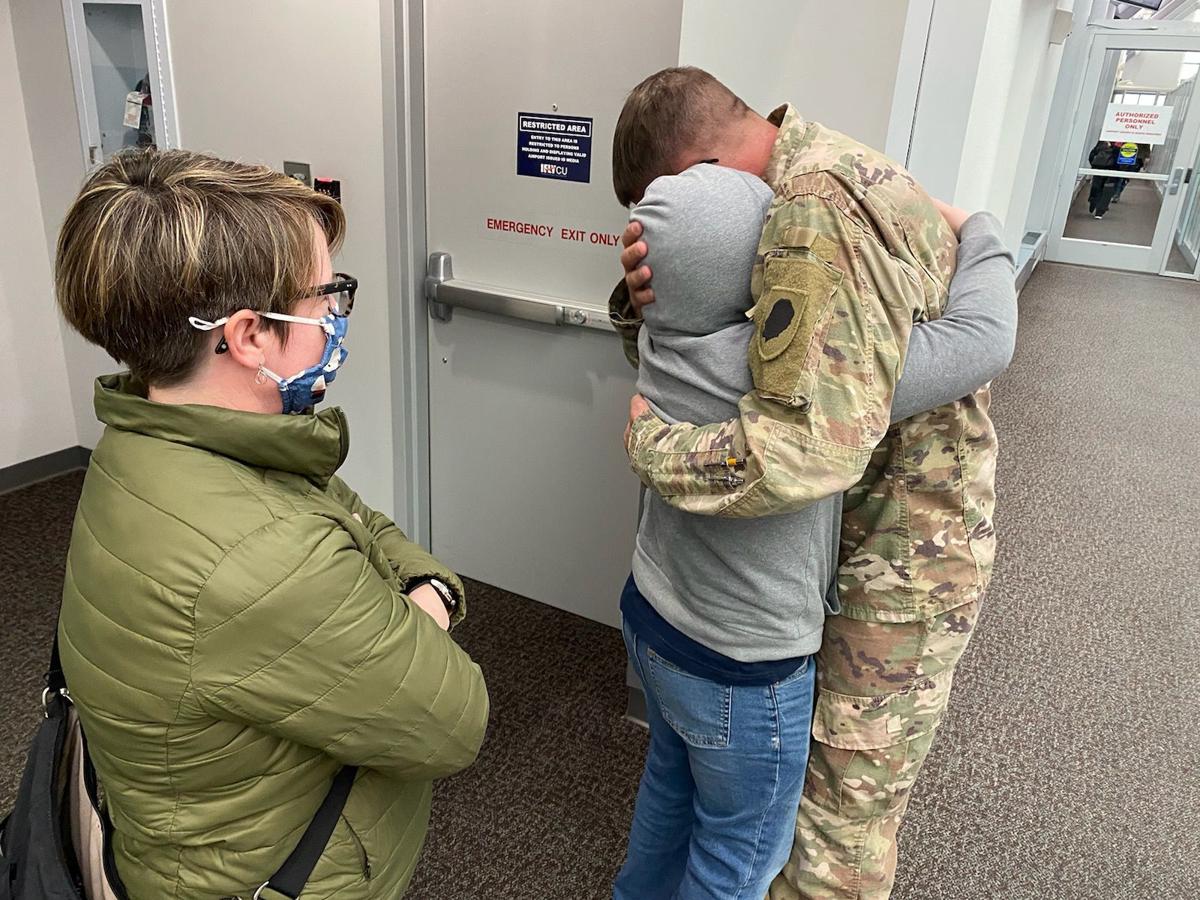 Just in time for Christmas, Illinois National Guard Lt. Col. Jason Osberg flew in to Willard Airport to be with his family, returning from a deployment to Afghanistan since May.

The happy reunion played out on Christmas Eve in Savoy, his wife, Hannah, and son, Wilson waiting in the terminal with big hugs to give. Later, as Osberg collected his luggage, several passersby offered "Thank you for your service."

He was part of a five-person National Guard team that has been working with the Polish military. Polish and U.S. forces are being withdrawn from that country.

A helicopter pilot, the 48-year-old Osberg said the Guard and Polish forces interact frequently “to swap ideas for aviation regarding best practices.”

This marks Osberg’s third overseas deployment. His other deployments were to Iraq and Kosovo.

“It was not as bad” in Afghanistan as it has been previously for U.S. forces, from what Osberg has read. Fighting continues there, but the Taliban fighters are primarily targeting Afghan forces, he said.

Perhaps just as dangerous has been the COVID-19 pandemic. Osberg said he has been quarantined three times this year.

“By the time I’m home I will have been in quarantine or isolation for two and a half months,” he said.

Osberg, who was full time in the National Guard until two years ago, is also an airline pilot. He is a native of suburban Chicago. He and his wife and son live in Champaign.