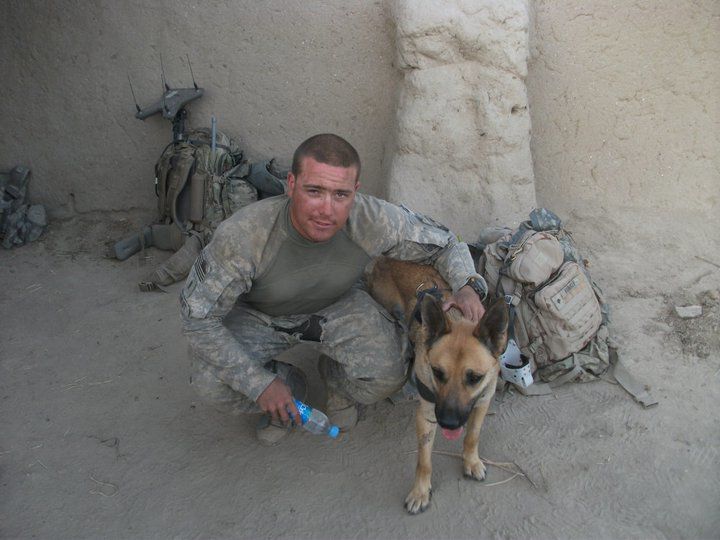 Army Capt. Preston Stewart, now known for his military-history-themed TikTok account (@prestonstew) and ‘War Stories’ podcast, served two tours in Afghanistan with Bravo Company, 4th Battalion, 399th Infantry Regiment. The Champaign native and his unit were to organize Saturday’s soldiers’ rappel at Memorial Stadium before it was called off Tuesday because of safety concerns. 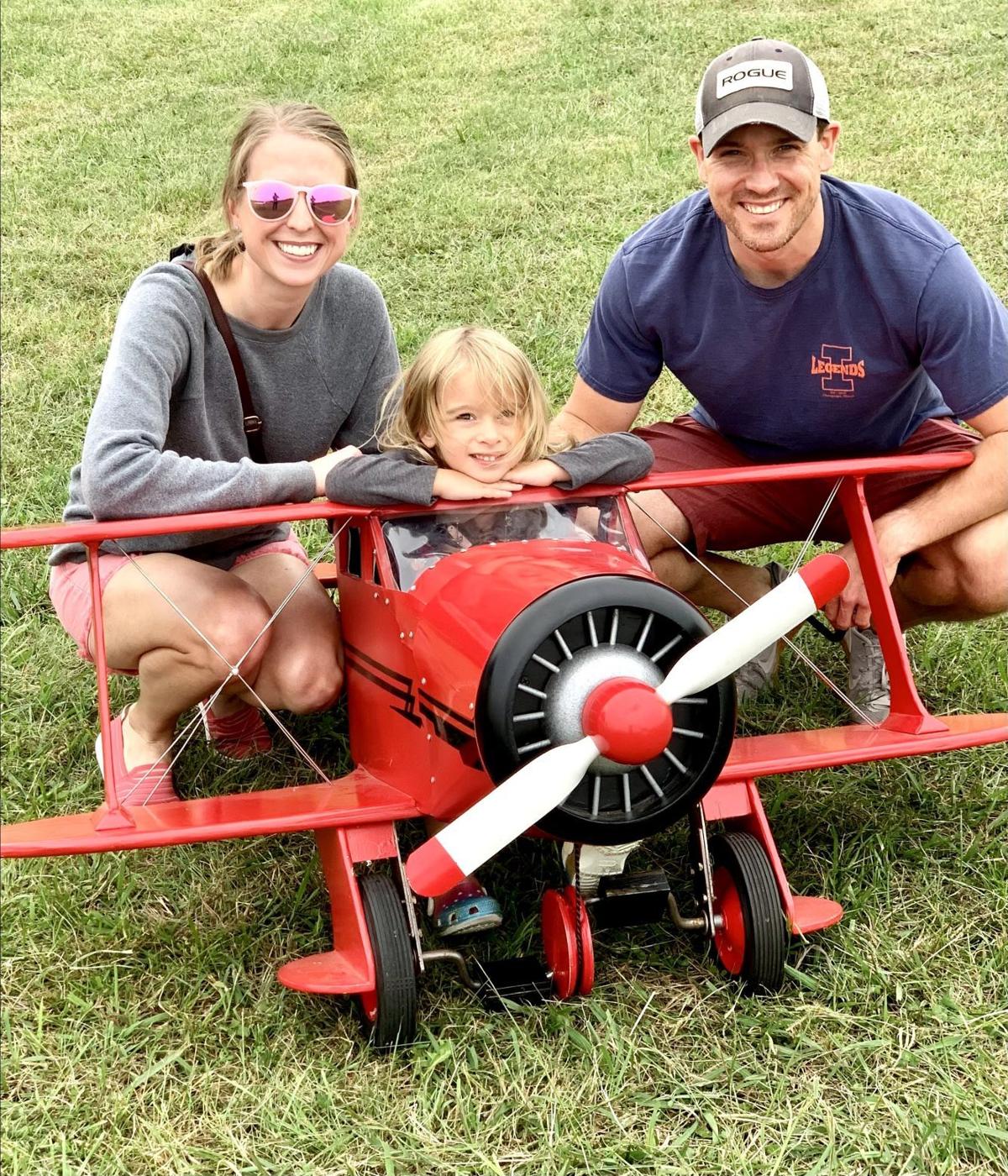 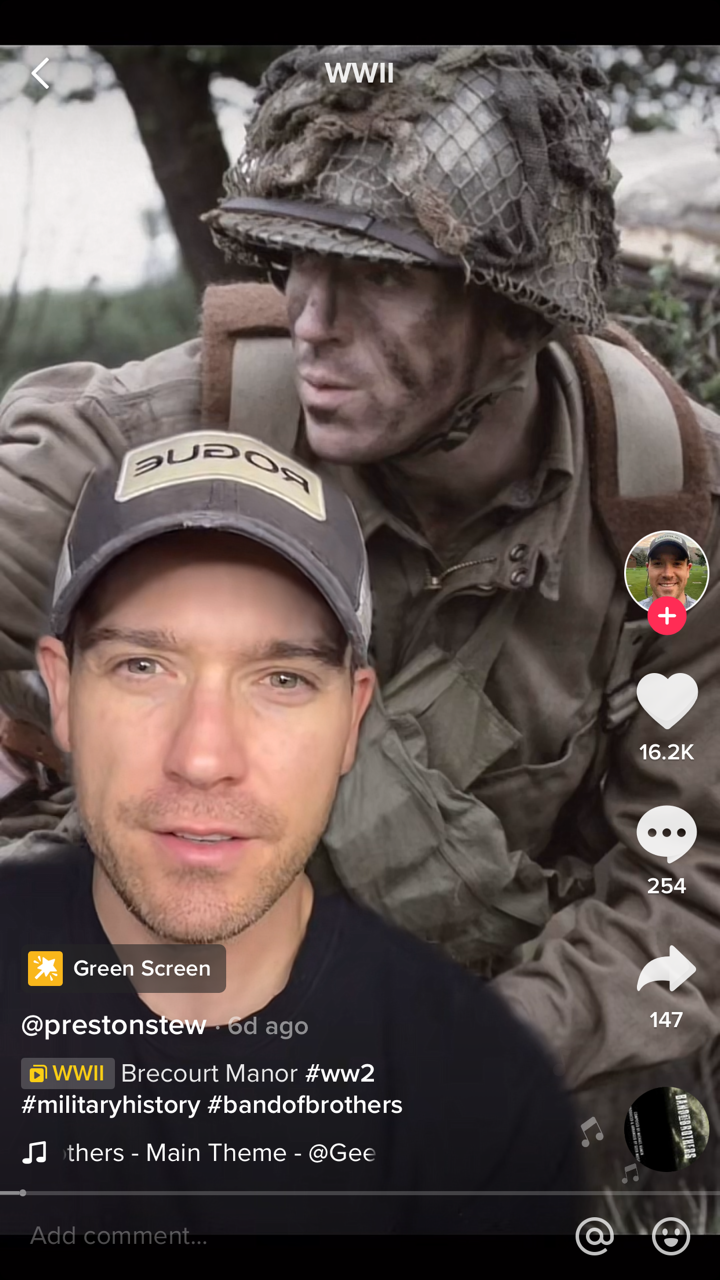 Army Capt. Preston Stewart, now known for his military-history-themed TikTok account (@prestonstew) and ‘War Stories’ podcast, served two tours in Afghanistan with Bravo Company, 4th Battalion, 399th Infantry Regiment. The Champaign native and his unit were to organize Saturday’s soldiers’ rappel at Memorial Stadium before it was called off Tuesday because of safety concerns.

CHAMPAIGN — If you have any type of hobby or interest, even niche ones, chances are that social-media giant TikTok has a set of video recommendations for you.

For those who have fallen into the military-history algorithm, you’ve probably seen something from Preston Stewart, a Champaign native, Afghanistan veteran and recent TikTok sensation.

A year-and-a-half after Stewart booted up his account, nearly 500,000 people follow his handle, @prestonstew, while thousands more tune into his podcast, “War Stories,” now nearing its 170th episode.

“I enjoy military history. I usually just consume it, read the books, watch the movies and bore my wife with it,” Stewart said. “This all started from me not knowing where to look for people to talk about this stuff and ramble.”

Members from Stewart’s Army Reserve unit, Bravo Company, 4th Battalion, 399th Infantry Regiment out of Fort Knox, Ky., were set to rappel down the northwest tower of Memorial Stadium to hand off the game ball before Saturday’s contest against Rutgers, but the gig was canceled Tuesday because of safety concerns.

“Unfortunately, Facilities and Services on campus went by and could not find a proper tie-off point to make it structurally confident for the rappel team,” UI Senior Associate Athletic Director Cassie Arner said early Tuesday evening. “We’re still providing the officers tickets to the game.”

Stewart helps run a day care with his wife, Megan, and trains ROTC cadets once a month at Fort Knox — the latter is how he got the now-canceled gig in Champaign. Instead, he’ll spend the weekend helping to run drills at Fort Campbell.

In much of his spare time, Stewart digs into snippets of military knowledge for his growing digital audiences.

His TikTok posts dive into niche topics — why the Germans painted their helmets a certain way in World War I, how certain types of mines (like “Bouncing Betties”) went off in World War II — and regularly draw tens of thousands of viewers.

With the usual 30 seconds to a minute to work with, “it’s a different form of storytelling,” he said.

His videos and podcasts are typically more personal, highlighting the contributions of individual officers. One episode shared the stories of the fallen friends between Stewart and three of his military peers.

More than 1,000 people listened to that episode and thousands more watched a TikTok excerpt.

“The fact that that many people now know a name like Todd Weaver, who they’d never heard of before — he’s not a Medal of Honor recipient, there’s not a movie about him, but he was really important to his wife and daughter and his family — that’s the best feeling of it all,” Stewart said.

Long before Stewart was crafting videos about an American prisoner of war who stole a plane and flew across enemy lines, or recapping D-Day’s Brecourt Manor Assault as featured in the hit HBO show “Band of Brothers,” he was a freshman at Champaign Central.

“I couldn’t have pointed out the World Trade Center or named the towers before that, being from the Midwest, but I wanted to do something, it seemed like the military was a good move,” he said.

Stewart entered West Point in 2005. Four years later, he was commissioned as a second lieutenant, a field artillery officer in the Army.

Then came Fort Campbell in Tennessee with the 101st Airborne Division. After that was Afghanistan — for a year between 2010 and 2011, then for another seven months a year later — before leaving active duty in 2014.

He got married, served in the Texas National Guard for a bit, and now he’s back in Tennessee, training the soldiers of tomorrow.

“In the Army, I helped coordinate airstrikes and helicopter strikes. Now I’m on the other side — all we do is train 18- to 20-year-old college kids who are going to be in the Army one day,” he said. “We’re not going to Syria, we’re not going to Iraq — we’re helping out with their training.”

Being around youth is refreshing for Stewart; they’re excitable, and their whole futures are ahead of them.

“They don’t know their branch, their duty assignment, whether the country will be at war or peace in two years,” he said. “They’re just happy.”

And he’s certain a few Illini ROTC cadets have been in his training courses at Fort Knox.

“They all look the same to me in uniform,” he said.

Despite the rappel being scrapped, there’s plenty of other military fanfare set this weekend at Memorial Stadium, including a flyover from two A-10 Thunderbolt jets, piloted by UI graduates Lt. Col. Nate Sunderland and Capt. Christian Telle.

Illinois football will recognize the Purple Heart designation the university received in July, and the Chez Veterans Center will supply the official coin for the pregame toss.

Stewart was excited about a return to C-U, but he’ll try to get back in November or December. His grandparents, great uncle and aunt and cousin’s family all live in Champaign.

And Stewart is well aware of his hometown stadium’s military significance, too. Built in 1923, 189 of the 200 columns are inscribed with the names of UI students who died while serving in World War I.

“I would love to do something on it when I’m there,” Stewart said.