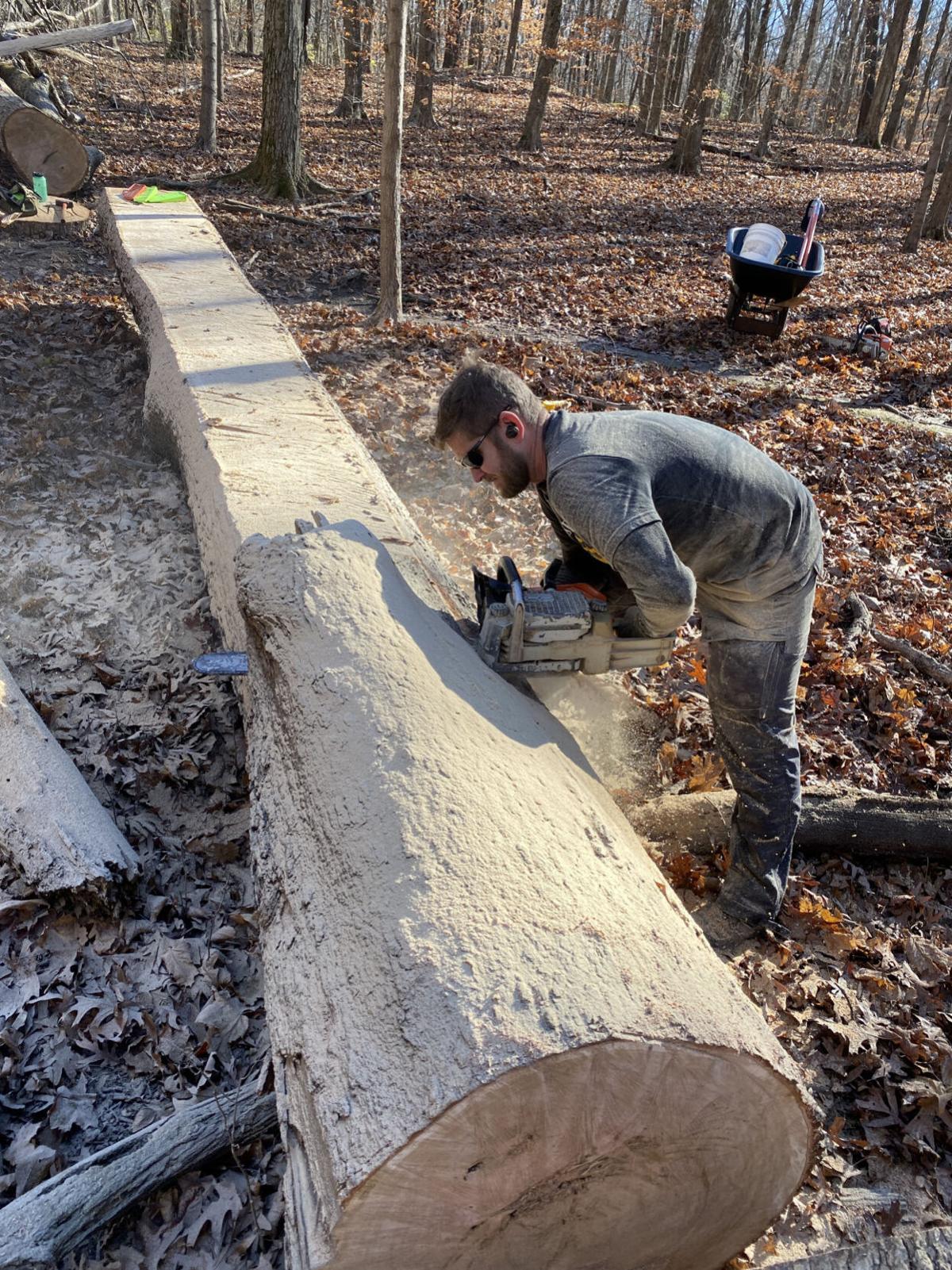 Philip Smith, a volunteer with the Kickapoo Mountain Bike Club, works on creating a trail feature out of a fallen tree at Kickapoo State Recreation Area near Oakwood. 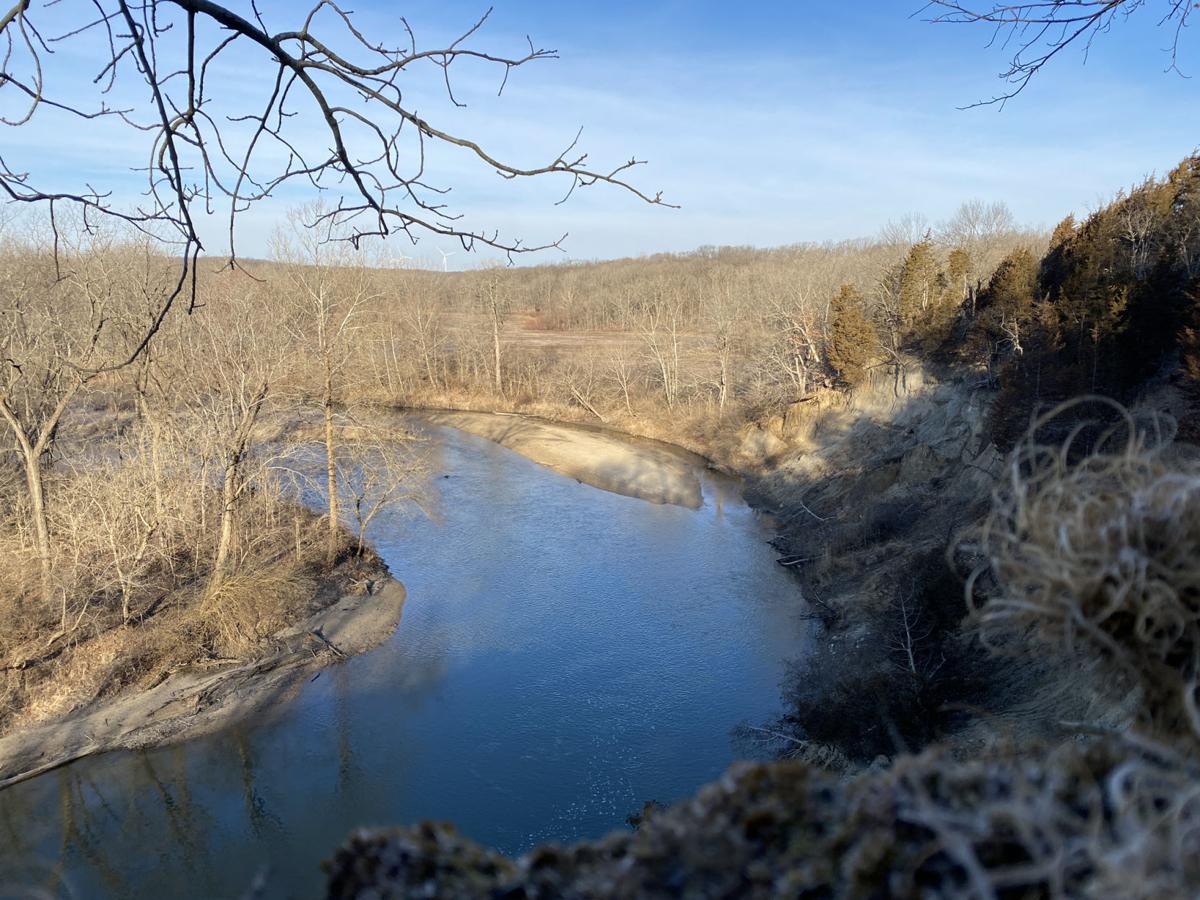 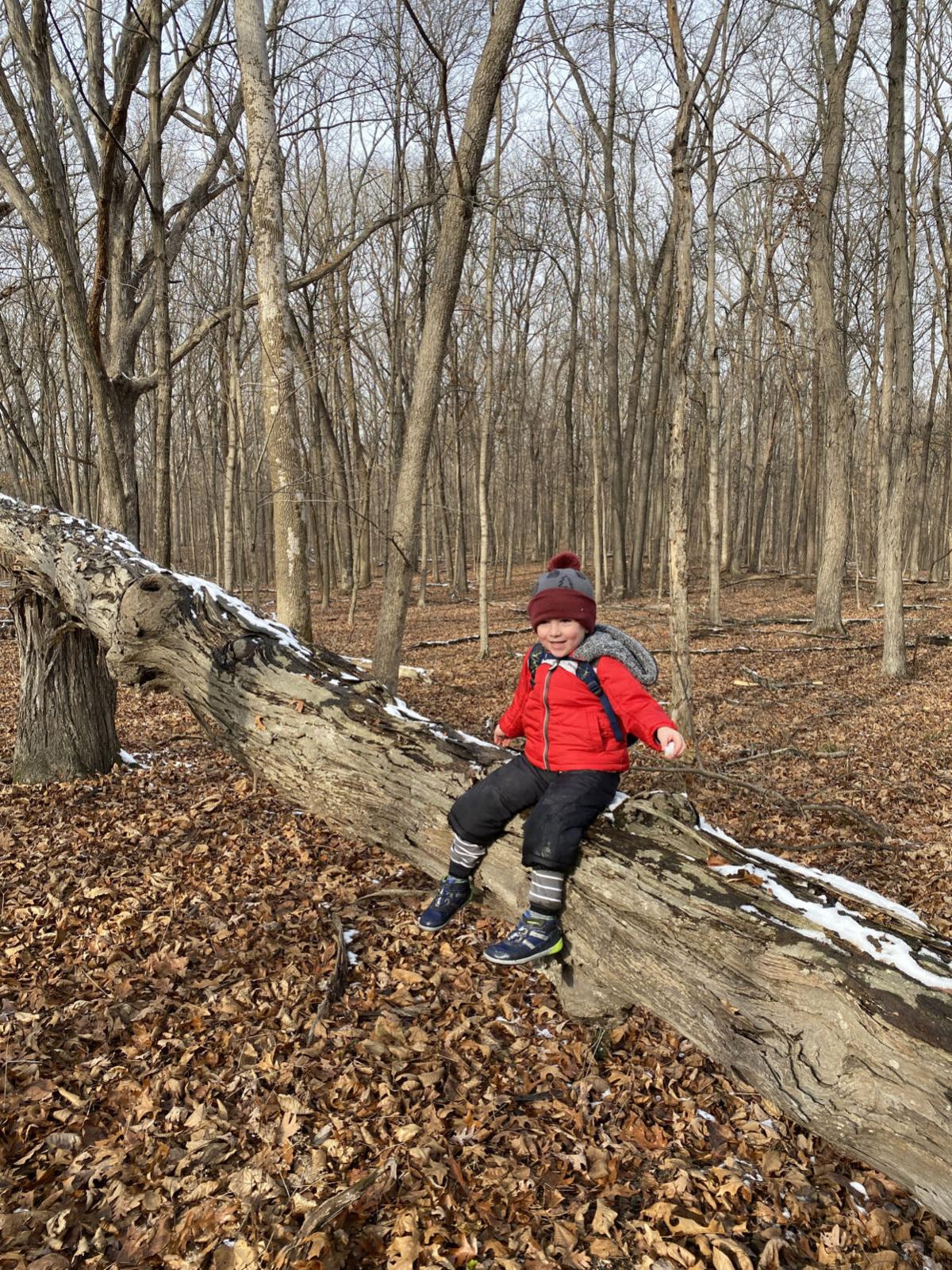 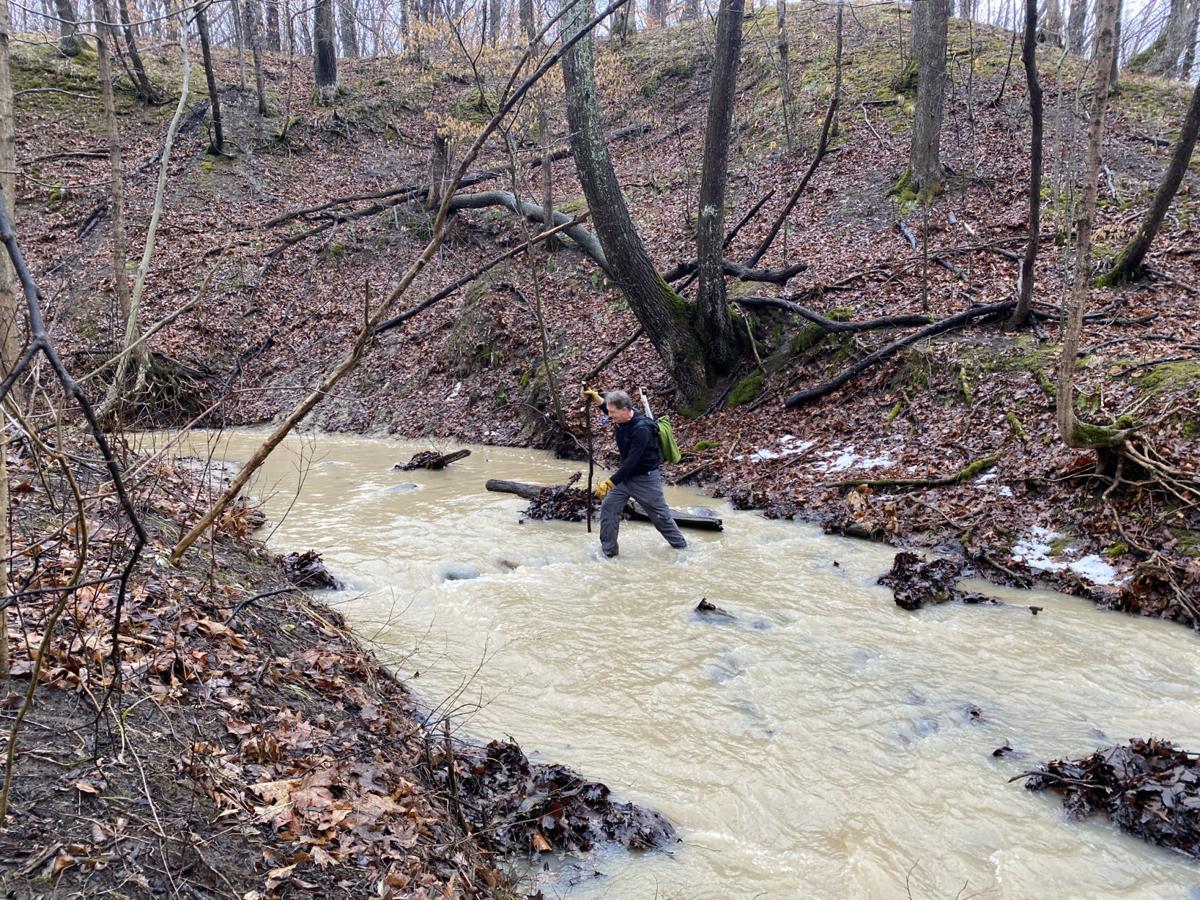 A member of KMBC crossing a flooded stream while scouting Trail 11.

A section of the planned Trail 11 corridor. 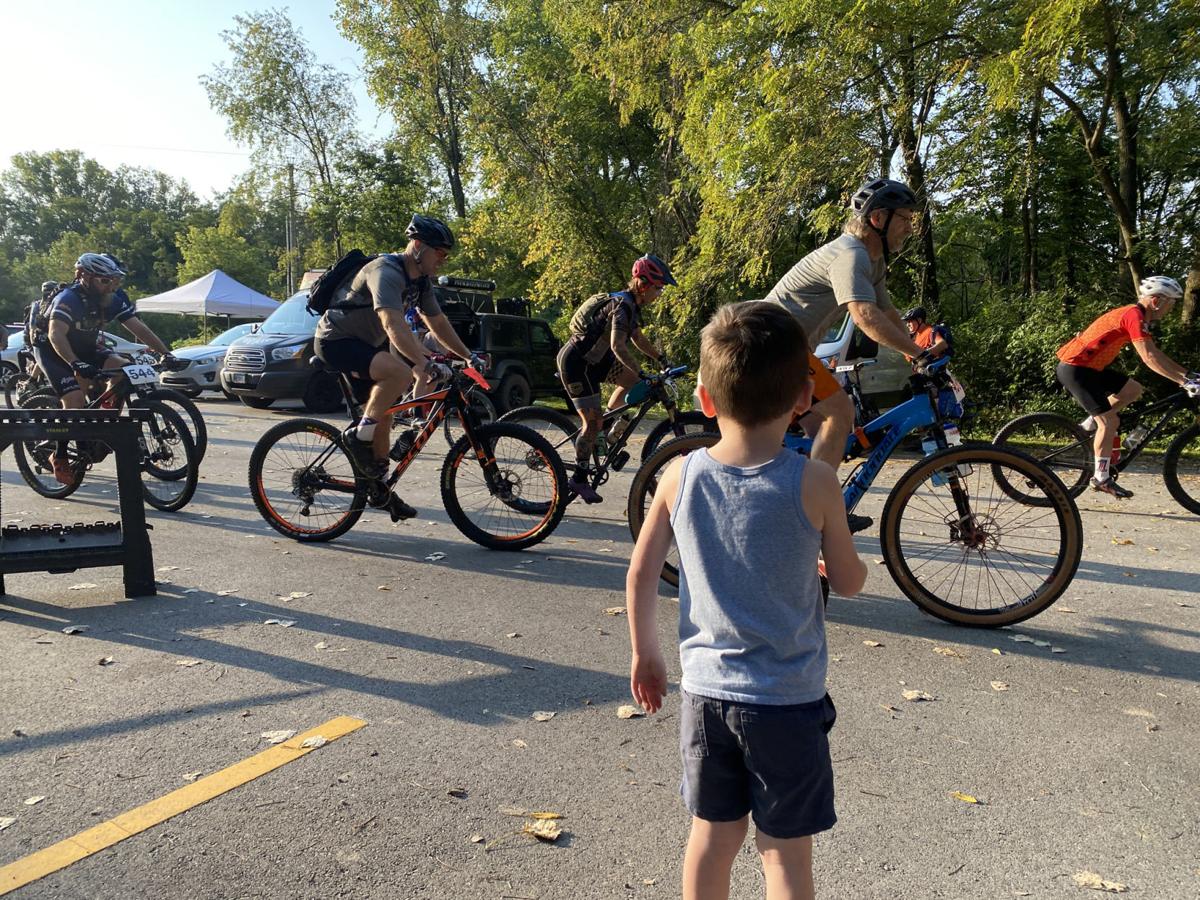 The start gate of the 2021 Kickapoo Endurance Race. 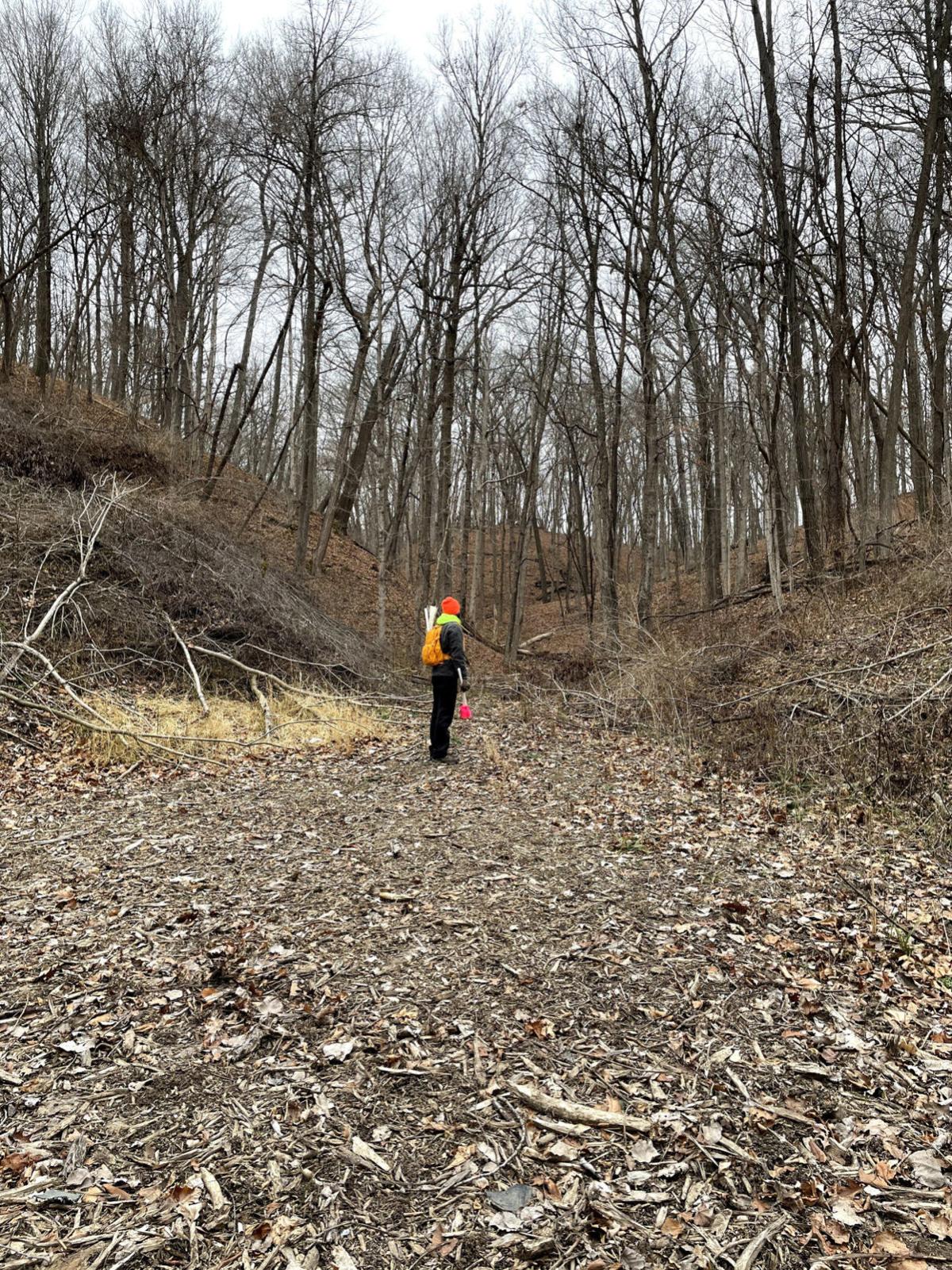 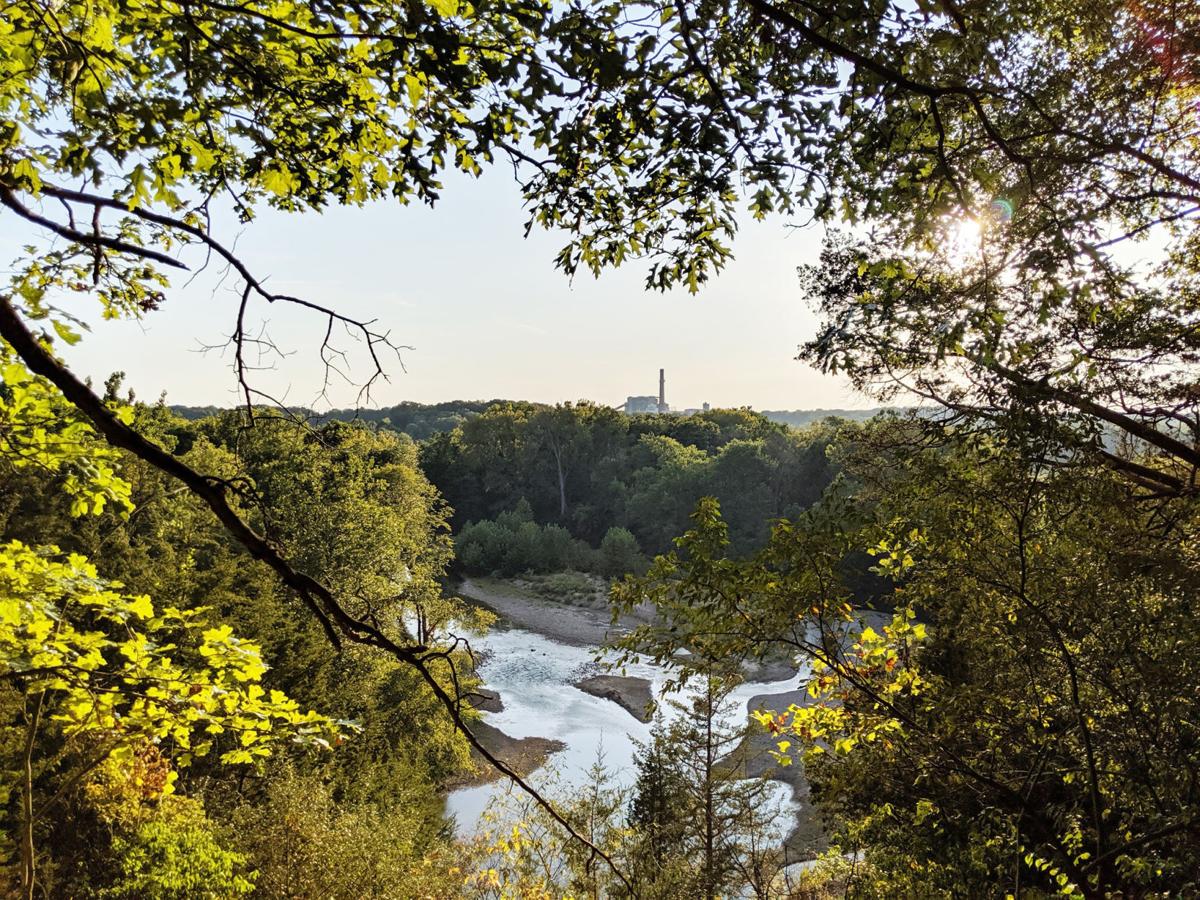 One of the many views accessible along Trail 11.

Philip Smith, a volunteer with the Kickapoo Mountain Bike Club, works on creating a trail feature out of a fallen tree at Kickapoo State Recreation Area near Oakwood.

A member of KMBC crossing a flooded stream while scouting Trail 11.

A section of the planned Trail 11 corridor.

The start gate of the 2021 Kickapoo Endurance Race.

One of the many views accessible along Trail 11.

RURAL OAKWOOD — The draw that is the Kickapoo Mountain Bike Trails is about to become even more attractive as environmental approval has been received to add 10 more miles.

“We’re the number-one-rated trail system in Illinois,” said Steve Fox, president of the Kickapoo Mountain Bike Club. “We get bikers pretty much throughout the Midwest.”

The additional 10 miles of trail at Kickapoo State Recreation Area between Oakwood and Danville will push the total to 35, part of a goal of having more than 40 miles by 2023, which will lure bikers to travel to the area for multiple days.

“That’s when it impacts the local economy, staying overnight in hotels and dining at restaurants,” Fox said.

Kickapoo Superintendent Tim Edison said about half of the out-of-area mountain bikers camp at the park, while the other half stay in hotels.

A tourism study estimates visitors spend an average of $200 per visit — a boon to the area economy.

The 40 miles of trails is “what the mountain bike club is pushing for,” Edison said, “and hopefully they can have some large-scale events where they can draw from all over.”

Cumberland, British Columbia, has gone from a ghost town following the closure of its coal mine to a mountain biking mecca. Derby, Australia, a former tin-mining town, has built more than 75 miles of trails, transforming the community’s identity and attracting new residents.

Mountain-bike trails are not that common in Illinois state parks. Fox said Jubilee College State Park near Peoria is the only other one in the state to have them.

The Kickapoo trail system started because a park employee was interested in mountain biking and induced his park supervisor to get the Illinois Department of Natural Resources to allow him to get the club to build and maintain three to four miles of trail.

The Kickapoo Mountain Club received the expansion go-ahead for trail 11 after the region received state environmental certification for the 11th leg of the trail, which will be located north of County Road 2130N. It will eventually connect the trail system to Kennekuk County park.

Trail 10 was finished about a year ago.

The mountain-bike trails are some of the finest in the Midwest, Fox said, and their development came about primarily because area bikers saw the park as an attractive place to ride.

The club formed in 1993 due to the demand for bike trails and a lack of state funding to develop them. Park leadership agreed to let volunteers build and maintain the trails on more than 1,000 acres.

Fox said club members have put in hundreds of hours to develop and maintain the trails. More will be needed to ready the additional miles. But before the state agreed to allow additional trail development, it wanted to see club numbers climb. That was accomplished. There are now more than 300 members.

Some trails had to be radically altered.

“Because the old trails were motorcycle-type trails, they would build them up the side of a hill,” Fox said. “If you get a rain, water would come straight down the hill and cause erosion.”

That meant trails had to be rebuilt so the slopes would shed water and rerouted around swampy areas. Fox estimated 50 percent of the original eight or nine miles were rerouted or rebuilt to make them sustainable.

One of the key moments in the process came in 2013 when the club began working with Champaign Cycle and was able to hire a professional trail builder out of Texas.

That led to the Illinois Department of Natural Resources allowing the use of power equipment for trail work.

“Prior to that it was picks and shovels out there,” Fox said. “That was huge.”

Upon completion of the first trail, the state allowed development of more trail, this time a tract that was beginner-friendly. The club took over some acreage that previously had been used for horse rentals.

The goal all along was to create a biking system “that would be kind of a destination in the Midwest for people to spend two, three, four days to ride all the different trails,” Fox said.

The scenery is one of the attractive aspects of the routes. One trail addition that was finished in 2019 carries riders through large ravines.

“There was no way we could have done it before we had the use of the power equipment,” Fox said.

He credited Edison for aiding in the trails’ expansion, saying he has been supportive of the club’s efforts.

Edison said the mountain bike club is an active one.

“There is a need and a want” for more trail, he said. “And they’re very willing to work for it and volunteer their time and energy.”

Part of the trail runs through the former Dynegy coal plant property.

The state oversees usage hours and designs and examines the environmental impact.

The higher numbers are seen in the expanded campground usage at Kickapoo.

“It’s a good mix of people” who use the trails, Edison said, “from people in their 20s to their 60s, male and female.

The park is used for a variety of activities. Edison said to make sure there was no conflict with hunters in the fall, the mountain bike trails were closed for about a month.

Edison said while more people in this area might want to take advantage of the trails, if they don’t already have a mountain bike, they might have to wait. The supply chain delay means it can take from six to 12 months before new mountain bikes are available.

Passenger train stations around C-U, former businesses in the west Urbana neighborhood, a renamed car repair shop in Champaign, options for disposing of yard waste, free air for tires, the road between St. Joseph and Sidney and where to dine outdoors this (snow-challenged) winter.