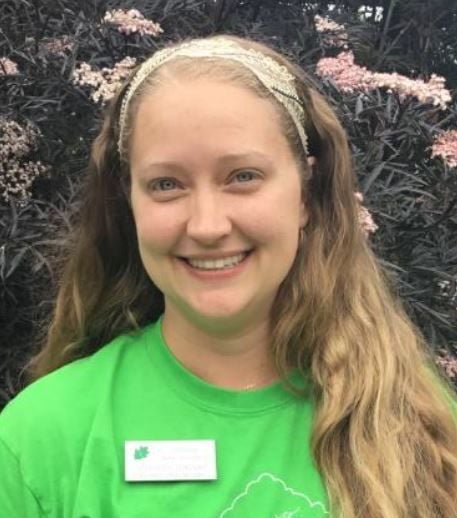 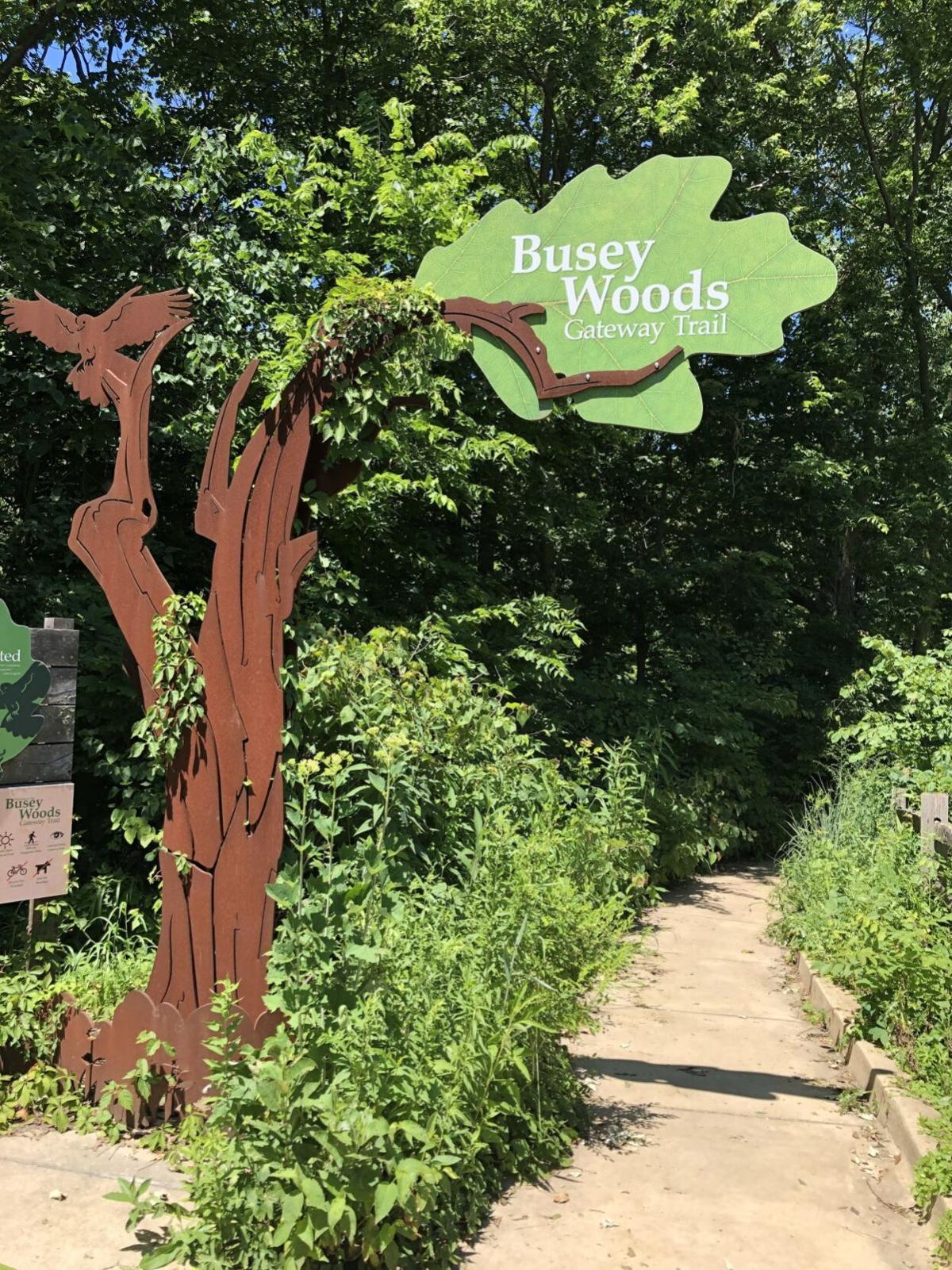 The entrance the Busey Woods Gateway Trail in Urbana.

The entrance the Busey Woods Gateway Trail in Urbana.

Nearly 9,000 visits were made to Busey Woods — adjacent to the Anita Purves Nature Center in Urbana — last month alone. After three months of staying home, it makes sense that so many people are turning to nature in their free time.

Yet the area of what we today call Busey Woods has offered respite to people and wildlife for hundreds, if not thousands, of years.

Kickapoo and Pottawatomie Indians once had hunting camps in the area, though no permanent settlements were established. Our local landscape seems to have remained relatively unaltered until the arrival of European settlers around 1720.

At that time, about two-thirds of Illinois was prairie. Imagine traveling through mile after mile of tall grasses and prairie flowers, void of trees or shade, as hot and humid as Illinois summers are today. Then imagine coming upon a huge grove of trees — about 10 square miles — offering shade, lumber and firewood. Here was one of the largest groves in central Illinois, appropriately called Big Grove. Local history buffs will recognize this as the original name of Urbana.

Big Grove was primarily oak, hickory, walnut, ash and sugar maple trees, which settlers used to build their homes and fuel their fires. Many of the oak trees were harvested for railroad ties to construct the Illinois Central Railroad in the 1850s.

However, some massive 250- to 300-year-old oak descendants of the original Big Grove still live among us today. A number of them can be found in Busey Woods, a 59-acre vestige of the 6,000-acre Big Grove.

It took community initiative for Busey Woods to become a nature preserve in the middle of town. In 1963, the landowner decided to offer the woods for development as an industrial park. Brick and rubble were brought in (from the neighborhood that was demolished to build Lincoln Square Mall) to fill low-lying areas of the woods so that the land could be leveled.

Letters of protest began pouring into newspapers. Community members who valued Busey Woods’ history and wildlife diversity formed the Committee for the Preservation of Busey Woods and petitioned the University of Illinois to buy the land for preservation and education.

In the 1970s, a group of local citizens began taking schoolchildren on nature-awareness walks in Busey Woods. The newly founded Natural Areas Study Group developed trails in the woods and trained volunteers to lead tours. One of the group’s active members was Anita Parker Purves. When she died of cancer in 1975, a memorial fund was established at her request to begin collecting funds for the construction of a nature center near Busey woods; the Anita Purves Nature Center opened in 1979.

Today, Busey Woods is managed as a nature preserve but is still used for environmental education programs for the public and school groups and for recreational activities like hiking and birdwatching. It is also used for research purposes by scientists affiliated with the University of Illinois and the Prairie Research Institute.

Some interesting species have been documented in Busey Woods over the last 15 years, such as flying squirrels, grey foxes, river otters, small-mouth salamanders and box turtles. Common wildlife includes deer, coyotes, red foxes, owls, mink and more than 200 species of birds each year.

Next time you walk in Busey Woods, take a moment to consider the rich natural and cultural history that surrounds you.

For more information about Busey Woods and the Anita Purves Nature Center, call 217-384-4062 or visit urbanaparks.org.

Savannah Donovan is the Environmental Public Program coordinator for the Urbana Park District. Email her at sydonovan@urbanaparks.org.