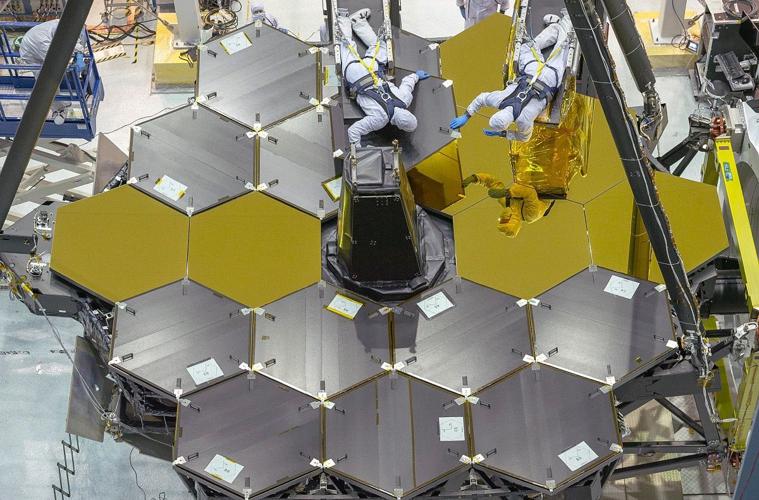 The primary mirrors of the James Webb Space Telescope are uncovered in preparation for instrument installation last year at NASA Goddard Space Flight Center in Greenbelt, Md., outside Washington, D.C. 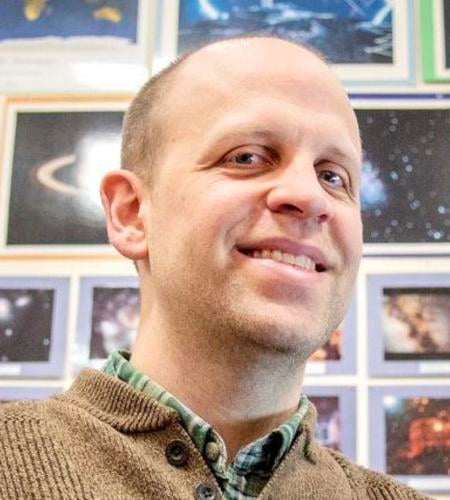 The primary mirrors of the James Webb Space Telescope are uncovered in preparation for instrument installation last year at NASA Goddard Space Flight Center in Greenbelt, Md., outside Washington, D.C.

A rocket carrying the successor to the Hubble Space Telescope launched on Christmas Day. Astronomers hope that the James Webb Space Telescope will provide insight about the earliest stage of the universe when it orbits about one million miles from Earth.

The Staerkel Planetarium collaborated with the Illinois Space Grant Consortium to promote the launch of this revolutionary device.

Scientists and engineers worked for millions of hours to ensure that the Webb telescope can operate in such a remote location without being serviced by astronauts. The Hubble telescope required crewed missions to work properly, which was feasible since it orbits less than 400 miles above Earth’s surface. The Webb doesn’t have that option because it is four times farther from Earth than the moon, and no person has been that far from our planet yet.

The Webb telescope has a 21-foot-wide mirror composed of 18 hexagonal segments collectively weighing less than a single mirror of the same diameter. The mount for the segments was folded to fit in the rocket that launched it. The mirrors are coated with gold, the most reflective material for infrared light. Although infrared light is invisible to humans, the Webb can detect it from galaxies forming in the first billion years of the history of the universe.

Most telescopes cannot see visible light produced by those early galaxies because the Doppler effect changes the wavelength of light based on an object’s motion. This effect is used in radar technology to determine how fast things move. Most galaxies are moving away from the Milky Way due to the universe’s expansion, so the Doppler effect shifts visible light from the farthest galaxies to infrared.

Although the Webb telescope is powered by solar panels, the mirror is shielded from sunlight to allow it to cool down to -370 degrees F, since warm instruments can produce infrared light that would interfere with observations. Earth also emits infrared light, but that is mitigated by the great distance.

Starting last fall, schools and libraries received various resources about NASA and the Webb telescope to share with students and patrons. Engineers who worked on the telescope gave virtual talks about their work. You can watch these presentations on the Illinois Space Grant Consortium’s YouTube channel.

Shows at the Staerkel Planetarium often include images from powerful telescopes, and the staff hope to include photos from the Webb later this year. The James B. Kaler Science Lecture Series at the planetarium often includes astrophysicists who present information gleaned from these telescopes. Although data from the Webb won’t be available by the planetarium’s next Kaler lecture on Feb. 4, University of Illinois Professor Decker French will include images from the Hubble as part of “The Lives and Deaths of Galaxies.”

The William M. Staerkel Planetarium at Parkland College keeps a schedule of programs at parkland.edu/planetarium. Contact the staff at planetarium@parkland.edu to book a show or to inquire about renting a telescope. The Champaign County Museums Network has information at champaigncountymuseums.org.