A photograph of Abraham Lincoln in downtown Urbana in the late 1850s, taken by Samuel Alschuler. 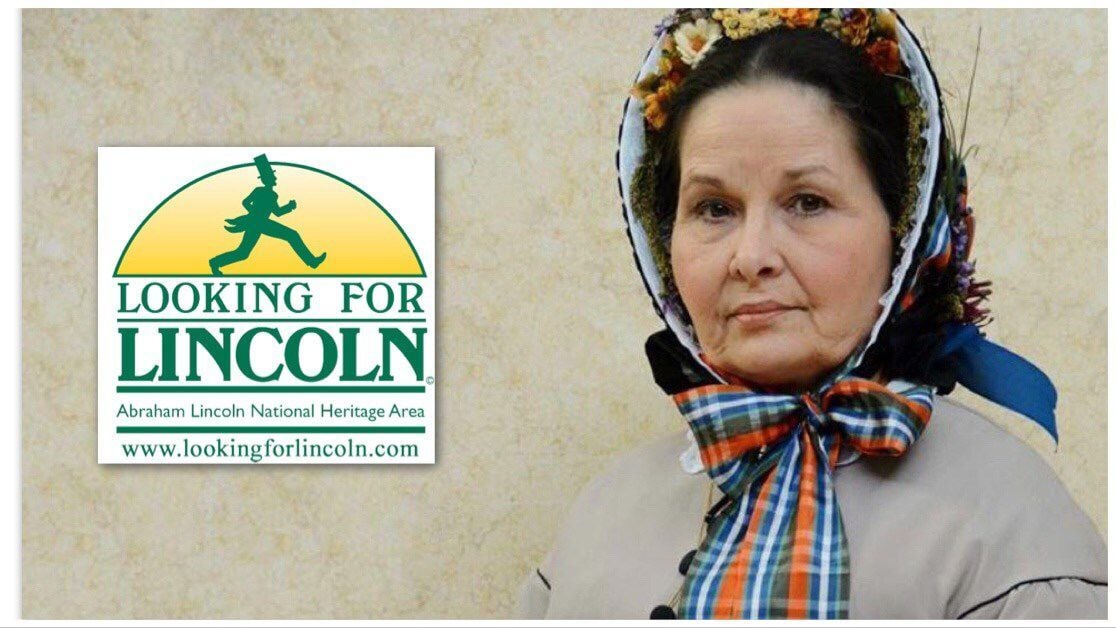 Pam Brown made a recent virtual appearance as Mary Todd Lincoln. Her interview can be found at the Museum of the Grand Prairie’s YouTube channel. 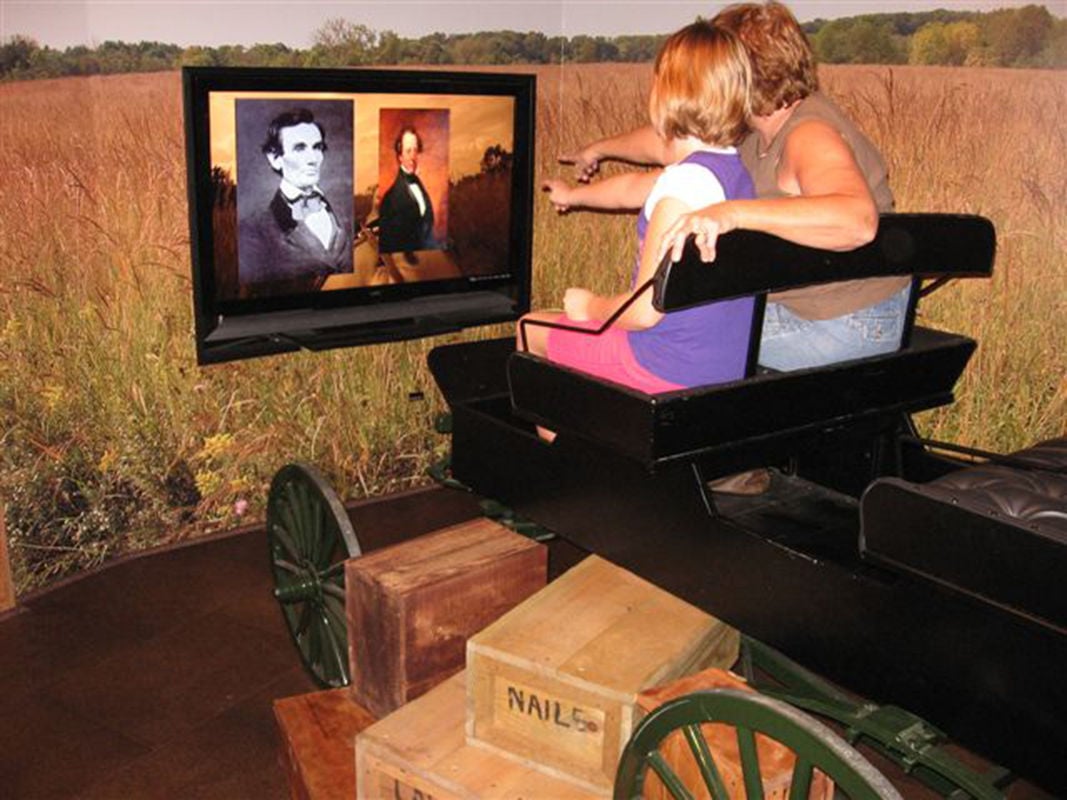 A woman and her daughter sit in a buggy in the Museum of the Grand Prairie’s ‘Champaign County’s Lincoln’ exhibit. 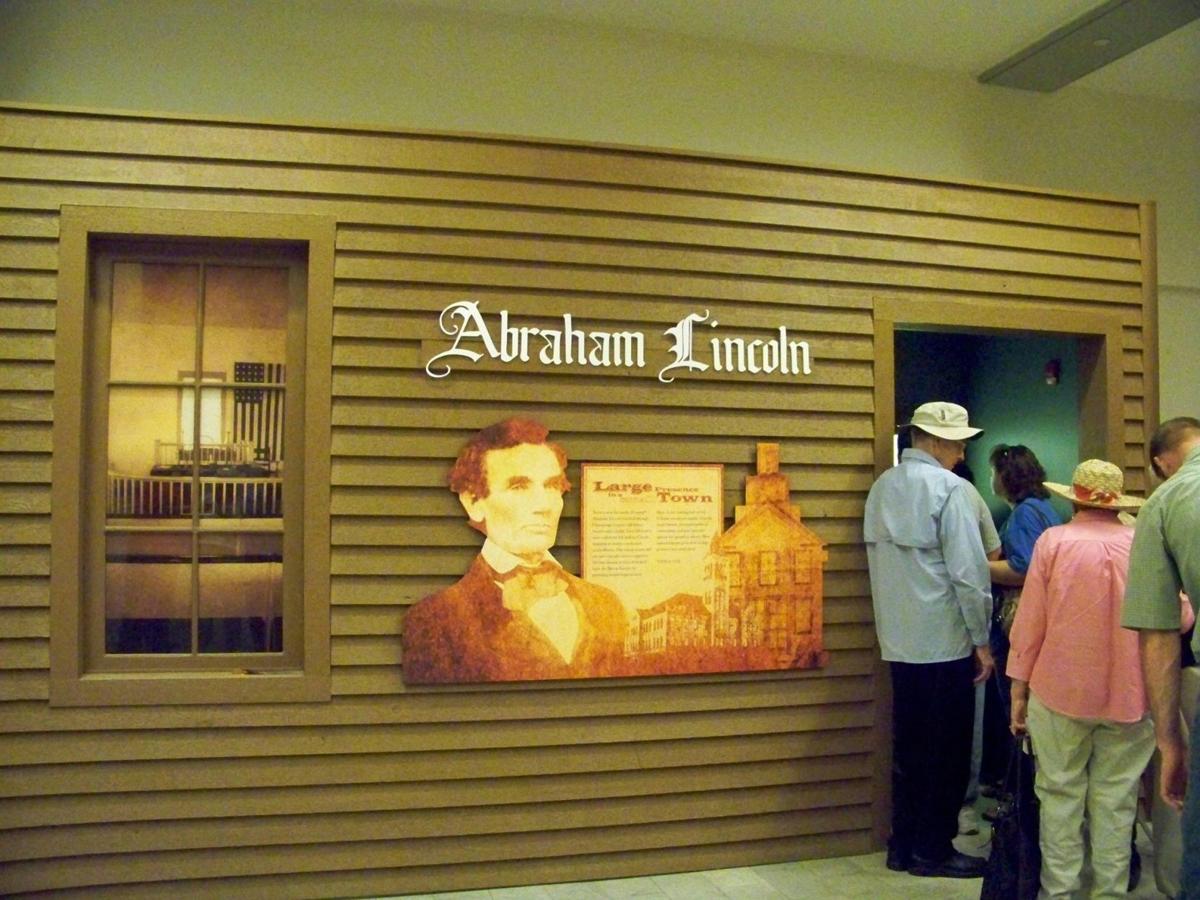 A photograph of Abraham Lincoln in downtown Urbana in the late 1850s, taken by Samuel Alschuler.

Pam Brown made a recent virtual appearance as Mary Todd Lincoln. Her interview can be found at the Museum of the Grand Prairie’s YouTube channel.

A woman and her daughter sit in a buggy in the Museum of the Grand Prairie’s ‘Champaign County’s Lincoln’ exhibit.

Did you know that Abraham Lincoln spent several weeks in our county every year for nearly 20 years?

Lincoln traveled the so-called “Mud Circuit,” or 8th Judicial Circuit, and served as prosecutor, defense attorney and sometimes even judge.

Lincoln defended William Weaver, the first person accused of murder in the county, and lost.

Lincoln slept here, too: He stayed at the Ohio Tavern near Mahomet, Kelley’s Tavern near St. Joseph, and at several locations in Urbana, including the American House, where he signed his name in the register.

Lincoln gave political speeches at Goose Pond Church in Champaign (then West Urbana) and the fairgrounds in Urbana.

Lincoln had friends here: the Baddeleys and the Carleys in Champaign, the Boydens and the Geres in Urbana, and B.F. Harris, the cattleman of Mahomet.

Lincoln told jokes, played tricks and even ran a race down Main Street in Urbana against Samuel Waters (Lincoln won).

Speaking of races, Lincoln won Champaign County in his presidential election and said goodbye on a whistle-stop tour from the back of a train in Tolono as he moved east toward Washington, D.C.

Local stories of Lincoln abound in the Museum of the Grand Prairie’s “Champaign County’s Lincoln.”

In that exhibit, you can ride in a buggy, quaff an imaginary beverage in the tavern, pose for a photo, or enter Goose Pond Church, all while learning more about the people and places of Lincoln’s time.

Put together by the Lincoln Legacy Committee in cooperation with the Museum of the Grand Prairie and the courthouse, this object theater, entitled “Lincoln: A Large Presence in a Small Town,” details a few of the local Lincoln legal cases. We have Lincoln programs, too!

In addition to the annual Fall Lincoln Lecture Series, we celebrate Lincoln’s birthday each year.

This year, Pam Brown, who portrays Mary Todd Lincoln — hoop skirt, bonnet and all — made an appearance.

If you missed it, you can still view it and all of our other virtual programming on the museum’s YouTube channel.

As part of the Abraham Lincoln National Heritage Area, you can even get your National Parks passport stamped at our front desk.

While you are here, start your collection of rubbings on our two “Looking for Lincoln” signs, part of a storyboard trail throughout Illinois.

There are seven additional signs in Champaign County and 200 more throughout the state.

You can come to see us soon! On March 2, the Museum of the Grand Prairie plans to reopen!

Since we’re still following the governor’s Phase 4 coronavirus protocols, we’ll be open from 1 to 5 p.m. Tuesday through Saturday. We’ll still require masks, social distancing and signing up to visit.

Come for Lincoln, stay for the many other exhibits to see and beautiful Lake of the Woods Forest Preserve to explore.

Barb Oehlschlaeger-Garvey is director of the museum and Education Department at the Champaign County Forest Preserve District.

March 18, 7 to 8 p.m.  How-to Plant a Garden for Pollinators (online event) . The theme for this year’s Garden Speaker Series is “How-To at Home” with programs focusing on how to garden in various ways within your home. We all know how important pollinators are, but what can you do in your home garden to help? Join Champaign County Master Gardener Jill Taylor to learn all about how you can plant to attract beneficial pollinators.