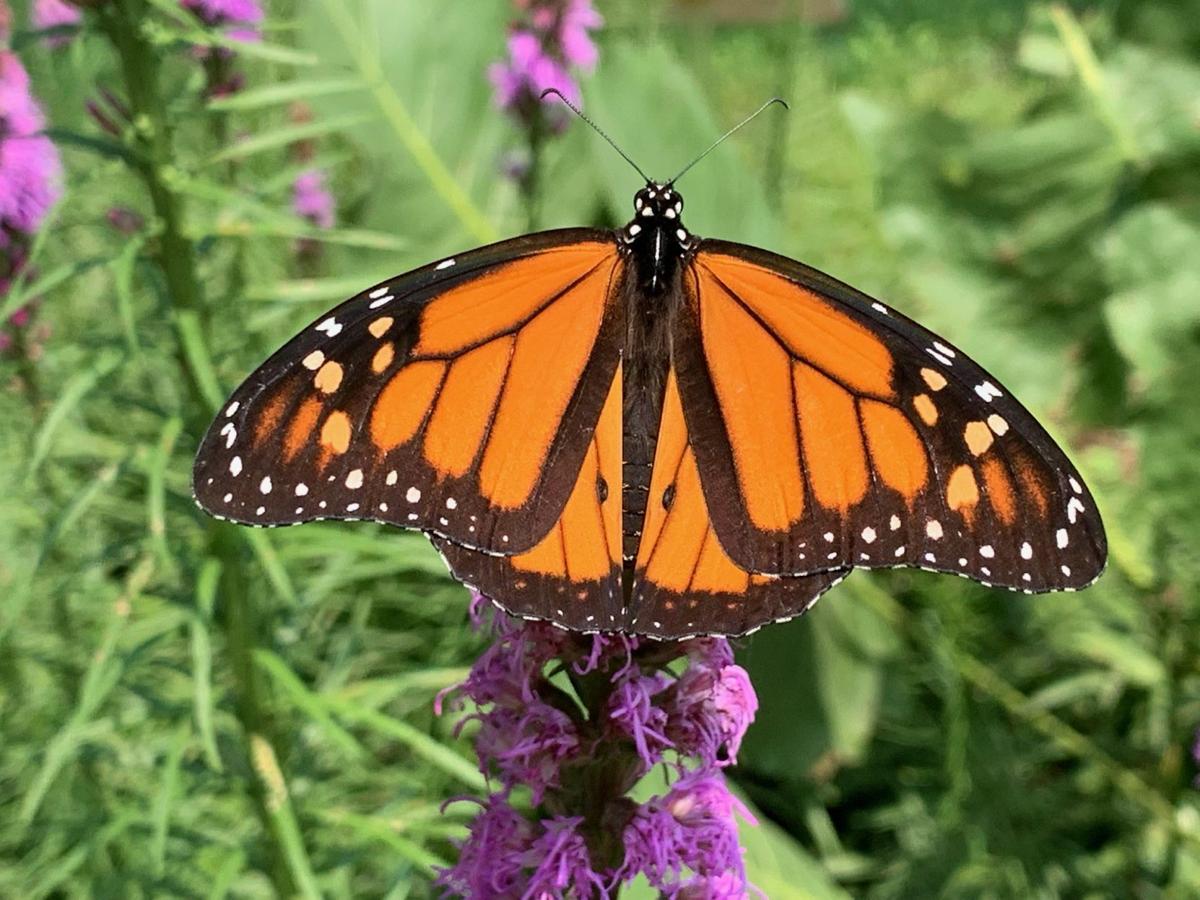 Monarch butterflies migrate individually during the day, but nighttime roosts can have hundreds. 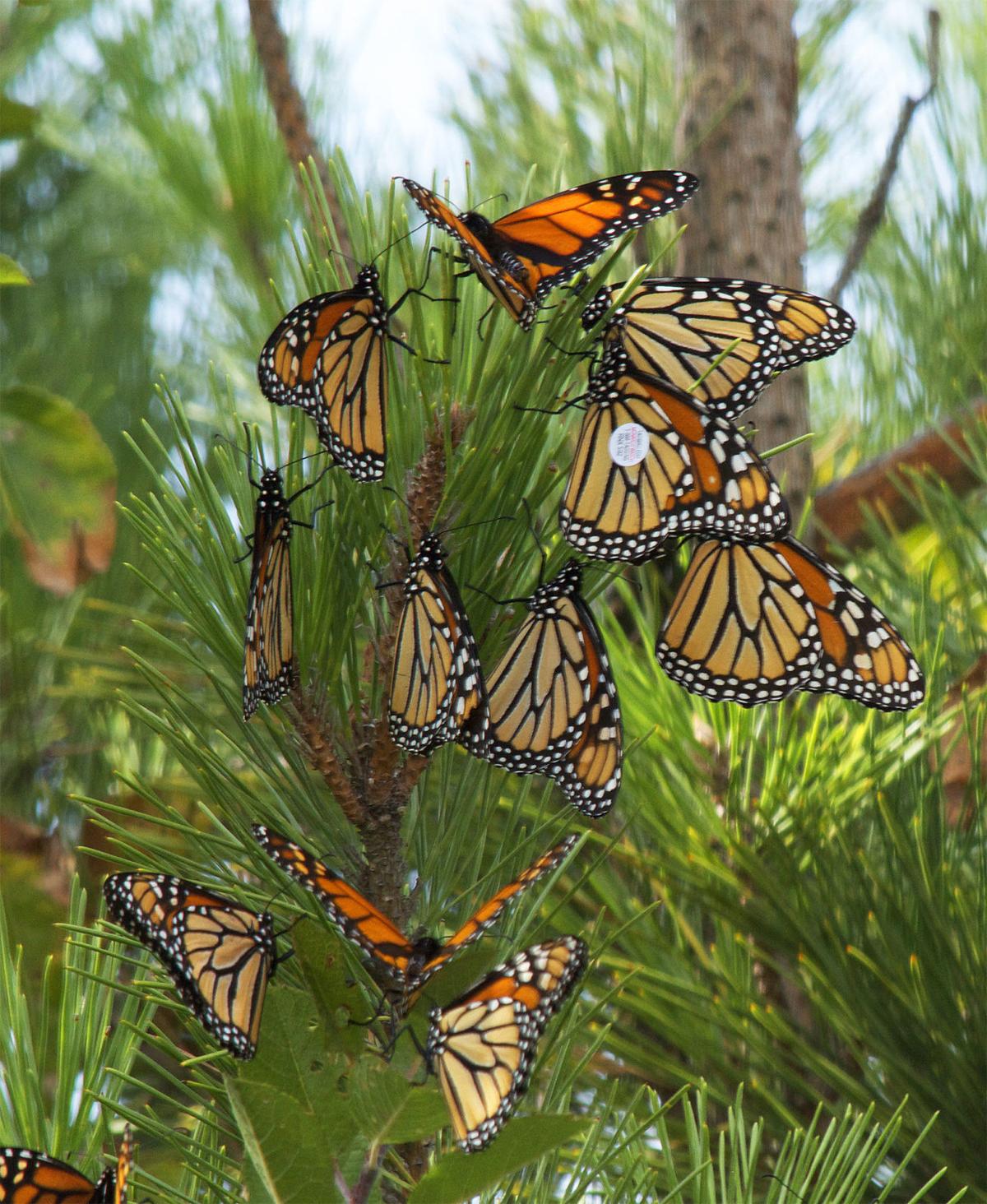 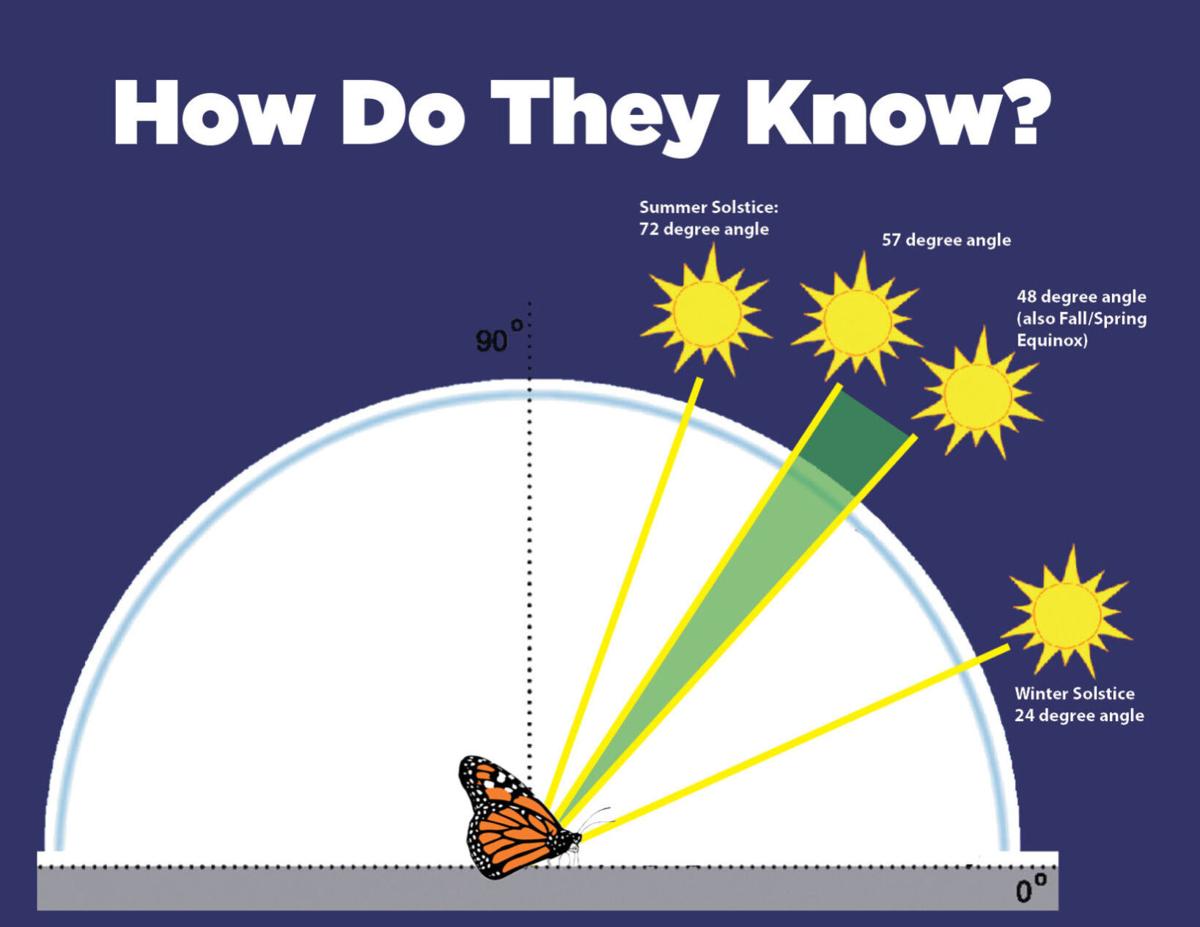 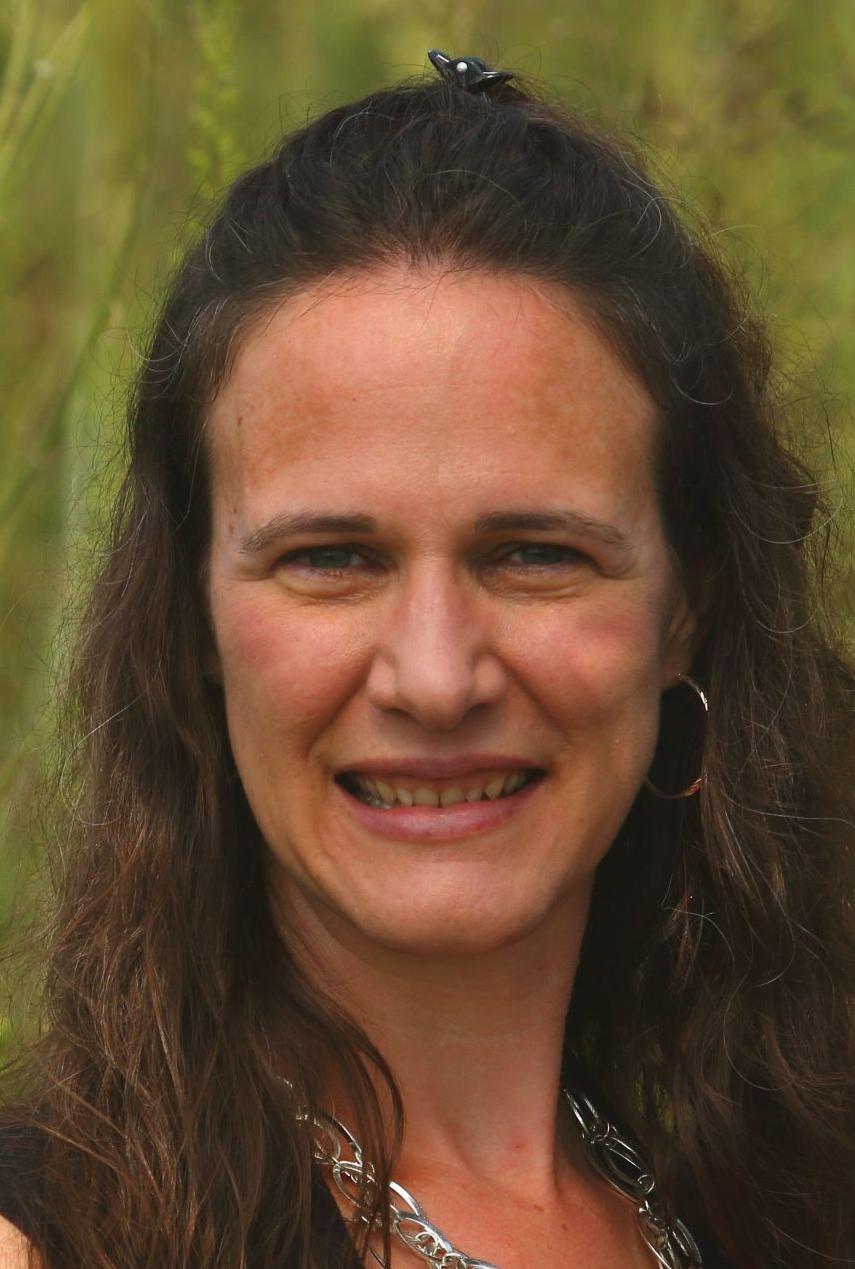 Monarch butterflies migrate individually during the day, but nighttime roosts can have hundreds.

The rhythms of nature tie into our humanity, and the energy of fall has many creatures on the move.

In particular, monarch butterflies are on the move right now — this “super generation” will live eight times longer and travel 10 times farther than their parents, grandparents and great-grandparents. Those previous generations had completed their own life cycles within four weeks this past summer. And now the last generation of the year will travel up to 3,000 miles to spend six months in Mexico.

How does a tiny insect know it’s time to make this epic migration? One of the triggers is the angle of the sun above the horizon. After its highest point at the summer solstice, the sun gets lower and lower in the sky each day. When it reaches a 57-degree angle above the horizon, monarch butterflies turn their attention south. This whole generation will head to Mexico, where they will spend the winter from October to March.

Monarchs migrate individually during the day, unlike most birds, which often migrate in flocks at night. Still, as migration ramps up and thousands head south, you can sometimes see large numbers of monarchs flying in a clear southern direction. Or you might find hundreds in fields of flowers refueling for the next stage of their journey.

Also watch for nighttime roosts, when dozens or even hundreds of monarchs congregate on a tree to spend the night. Most roosts last for only a night or two. In other places, these gatherings may last as long as two weeks.

In the morning, the roosting monarchs bask in the sunlight to warm themselves before taking flight. Some people have reported seeing the whole roost take off within a few minutes once the sun has risen. It’s a magical sight!

Scientists are still unsure exactly why monarch butterflies choose certain trees for roosting. It seems they must have the right conditions, but the exact combination of factors is unclear. Temperature, humidity, shelter from the wind and a source of nectar nearby all appear to be important in some ways.

You can help! Have you

Now is a great time to get outside and connect with nature on the move at Champaign County Forest Preserves. Be sure to watch for monarchs heading south to Mexico. We wish them a safe journey there and back again!

Pam Leiter is assistant director of the museum and education department at the Champaign County Forest Preserve District. She manages the Homer Lake Interpretive Center and oversees the environmental programming throughout the district. Email her at pleiter@ccfpd.org.

Celebrate monarch migration and Welcoming Week by enjoying a bilingual StoryWalk® along Timberdoodle Trail at Homer Lake Forest Preserve. This is a great way for children and adults to enjoy reading and the outdoors together.

Scavenger hunt lists will be available for pickup at the Homer Lake Interpretive Center; complete it for a prize!

Join the Champaign-Urbana Astronomical Society for an evening with the stars at Middle Fork River Forest Preserve, an International Dark Sky Park. Presentation at 6:30 p.m., then go outside to view the stars, planets and more!