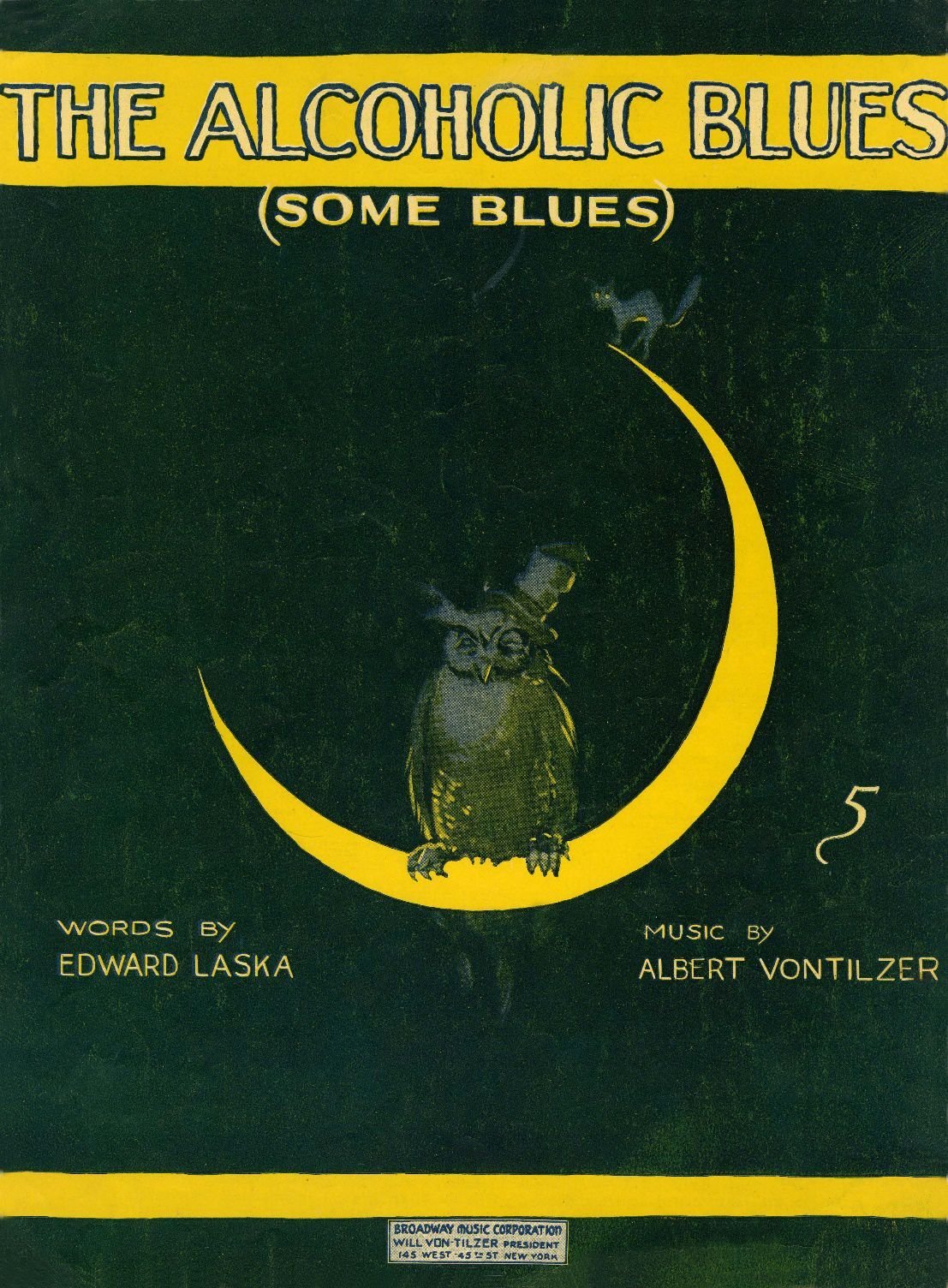 ‘The Alcoholic Blues,’ by Albert Von Tilzer and Edward Laska, 1919. 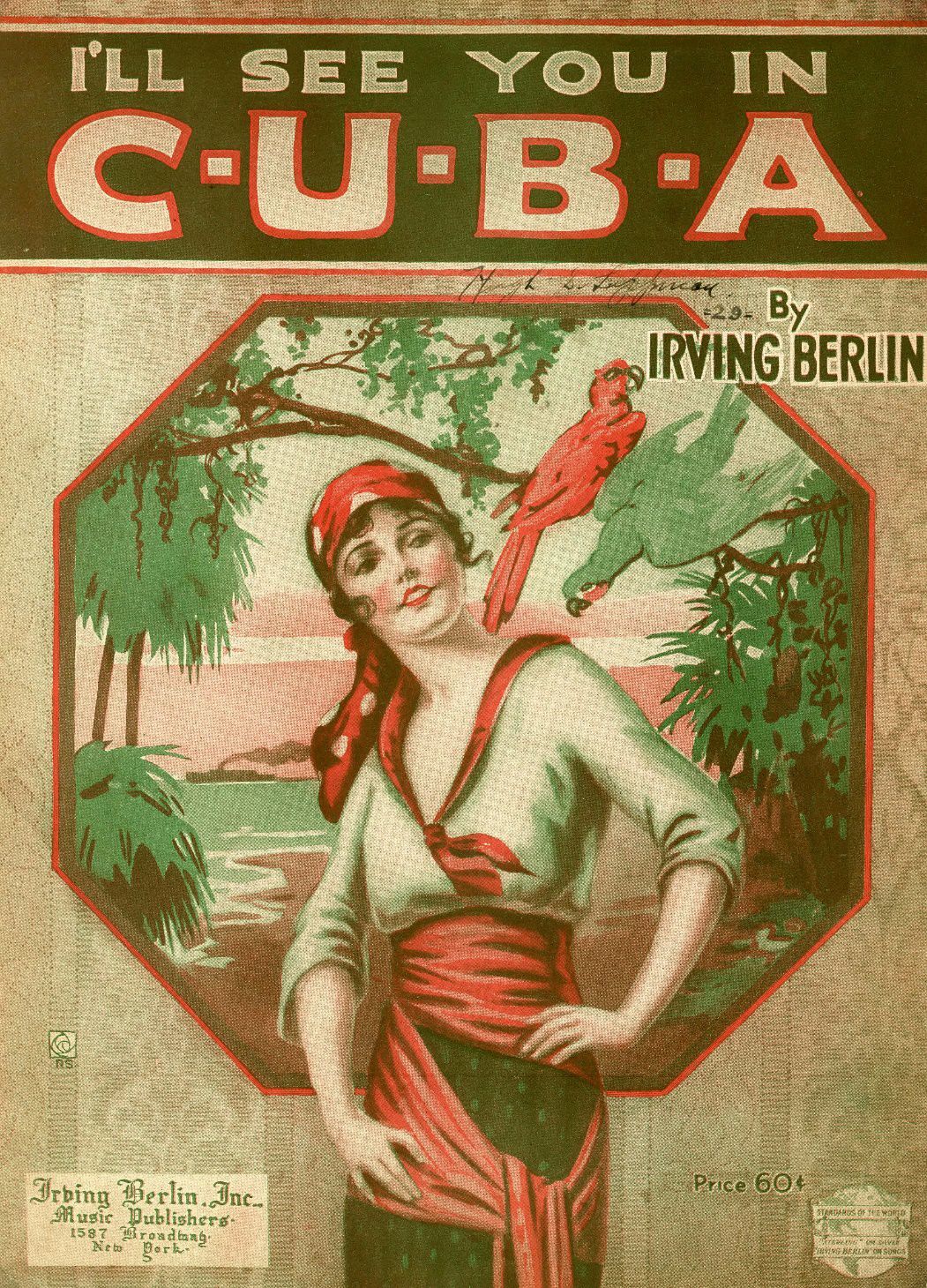 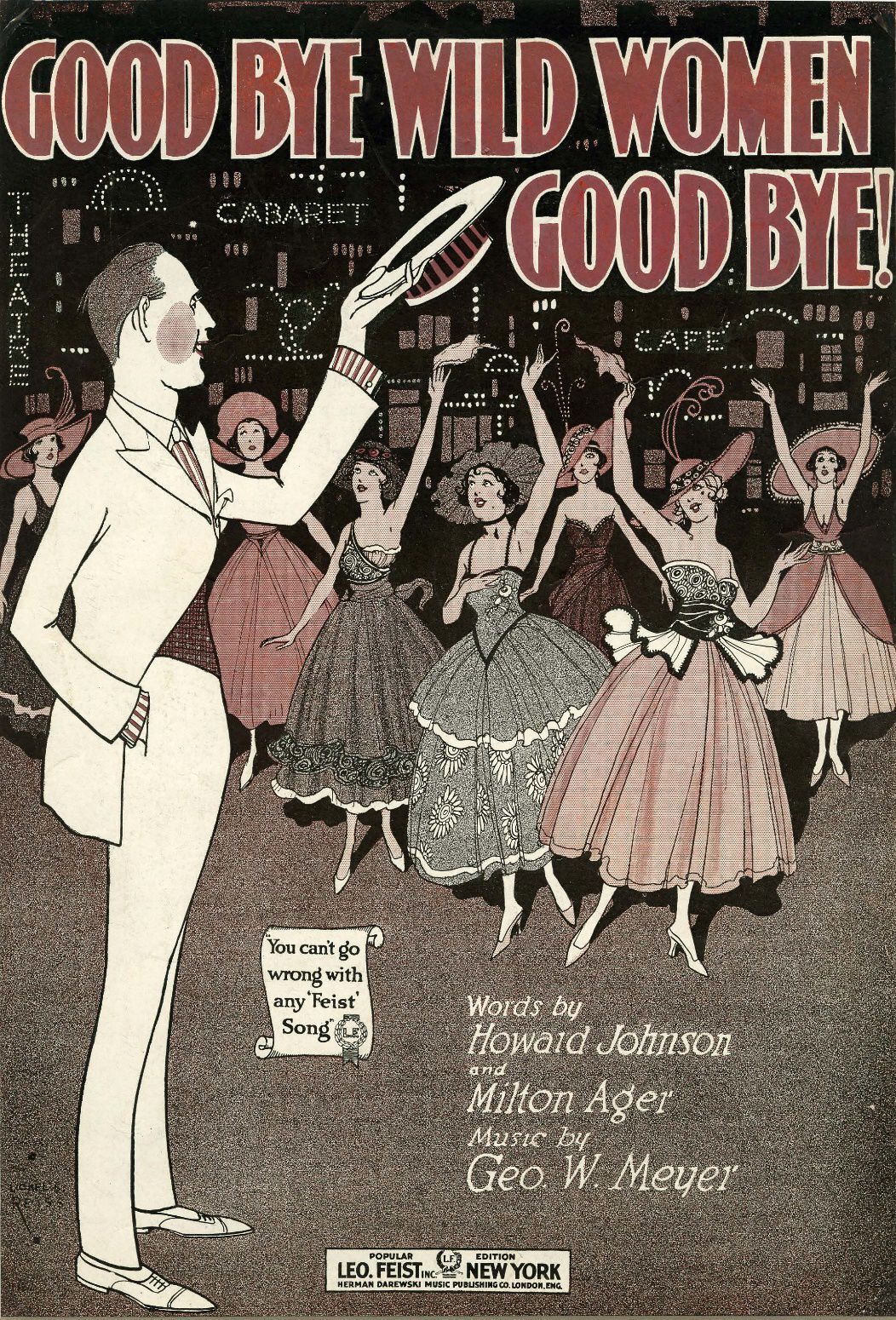 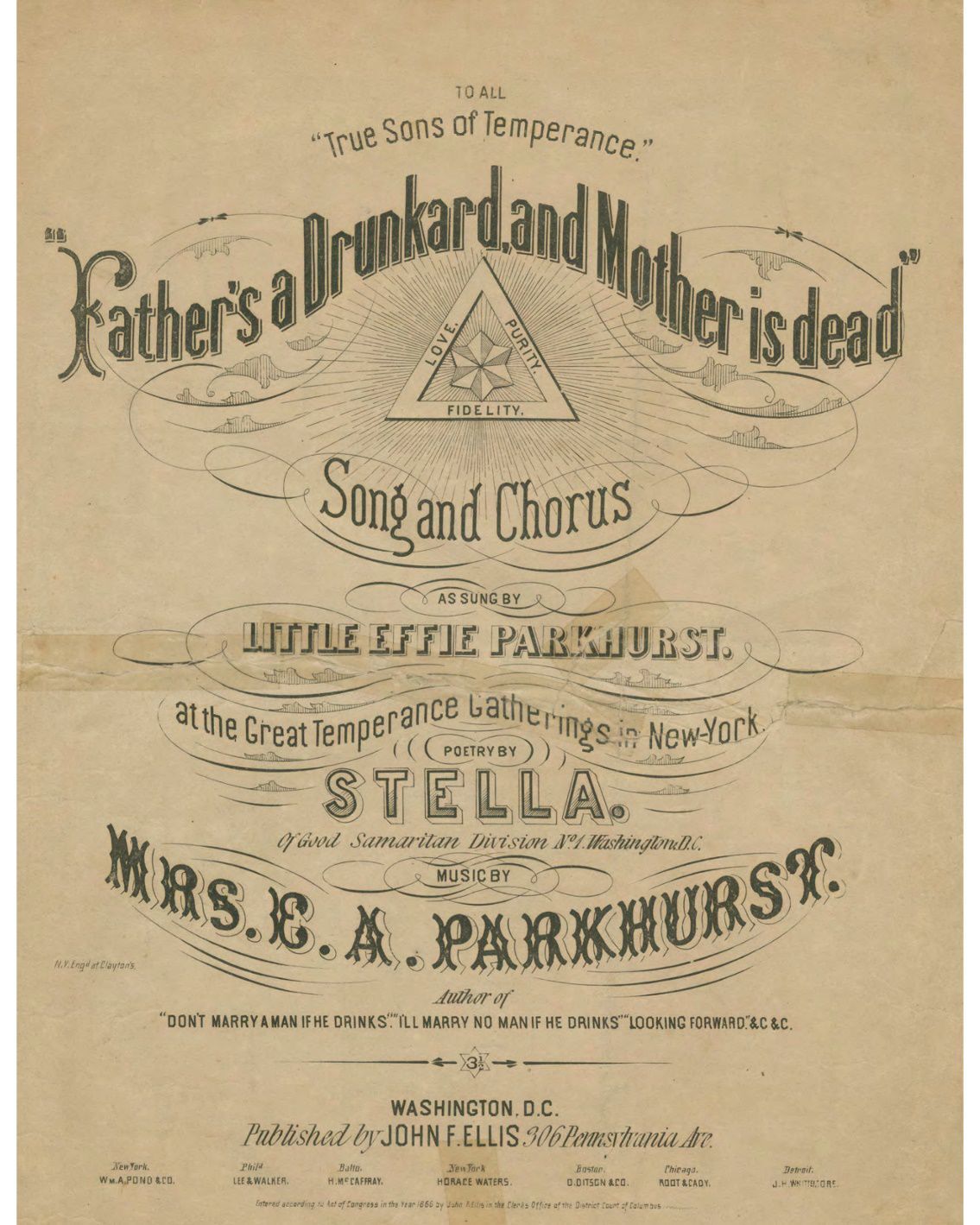 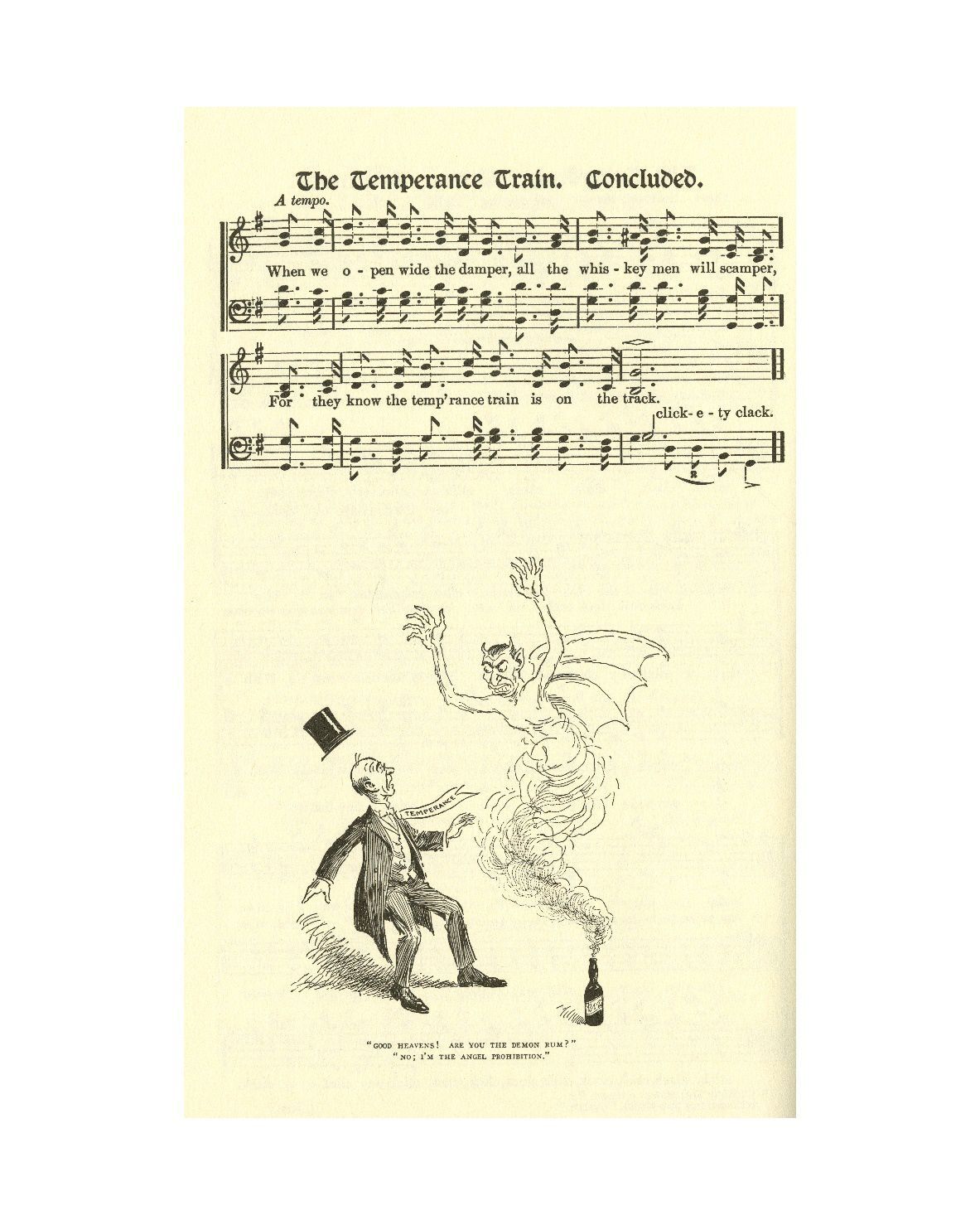 ‘The Temperance Train,’ by Emmet G. Coleman and Temperance Political Cartoon, 1907 and 1915. 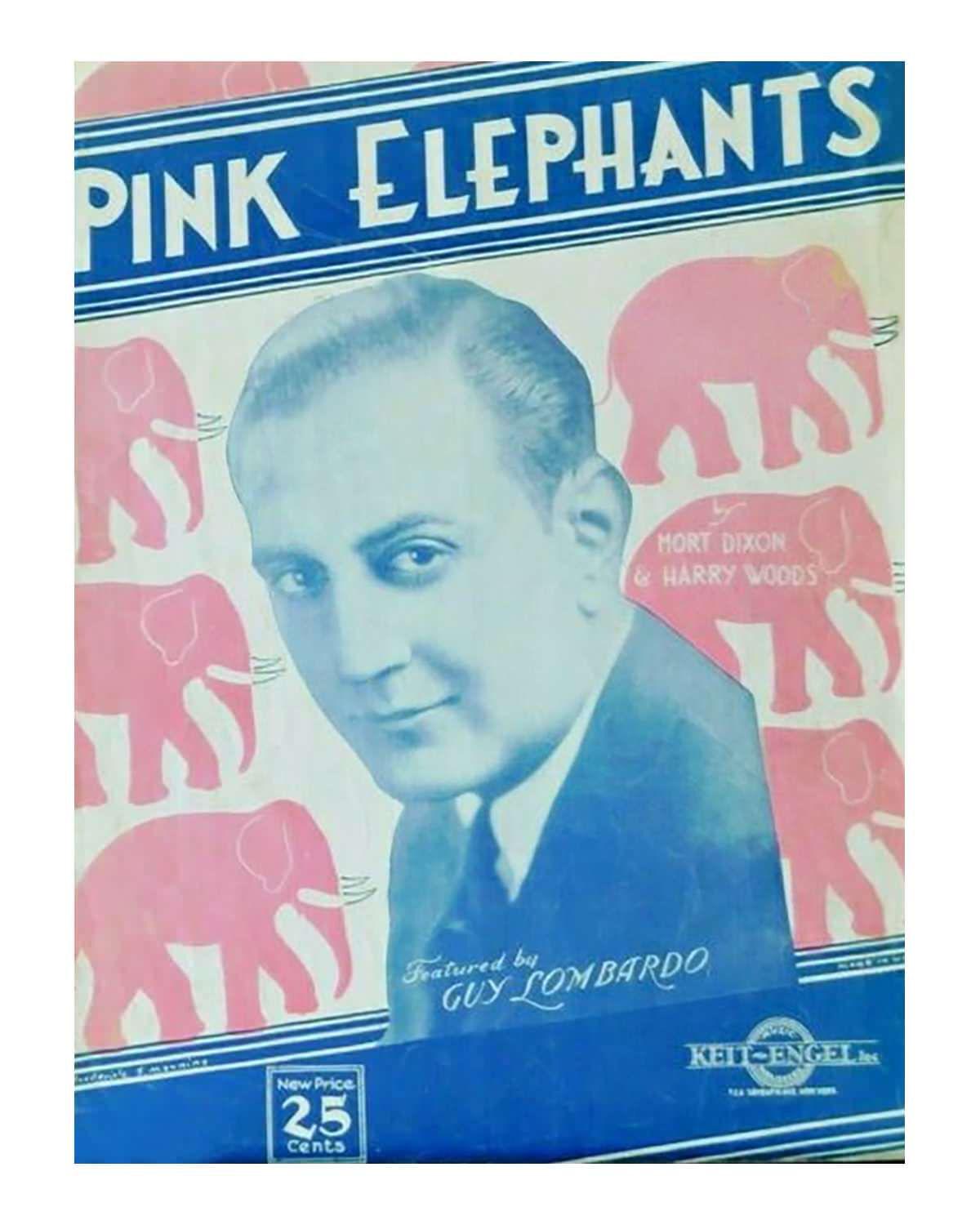 ‘The Alcoholic Blues,’ by Albert Von Tilzer and Edward Laska, 1919.

‘The Temperance Train,’ by Emmet G. Coleman and Temperance Political Cartoon, 1907 and 1915.

The roaring ‘20s was a time of tremendous political, social and economic change.

The decade was the rise of big-band jazz. It was a time when women expressed their sexuality and political views openly.

During the 1920s, industrialization doubled the wealth of most families and spawned a new consumer society previously unfamiliar to most people.

By 1928, Herbert Hoover’s presidential campaign coined the phrase “a chicken in every pot.”

However, the 1920s were not “all skittles and beer.” America’s 18th Amendment, more commonly known as Prohibition, took effect in 1920. It quickly influenced all aspects of society, including music.

Anti-drinking songs and morality plays had existed long before the amendment’s ratification.

These morality societies saw prohibition and temperance as their only remedy for controlling America’s increasing consumption of alcohol.

By 1900, women played a dominant role in such organizations as the Anti-Saloon League and the Women’s Christian Temperance Union, and they composed most of their societies’ songs.

Their anti-drinking hymns were written for use in people’s homes and churches.

Between 1900 and 1920, most of their songbooks and social game manuals included spiritual hymns and patriotic songs set to well-known folk melodies.

Mrs. E. A. Parkhurst’s “Father’s a Drunkard and Mother Is Dead” and “Frank Allen’s Father Don’t Drink Any Now” are early examples of these songs.

New York’s Tin Pan Alley musicians were on the other side of the Prohibition debate.

Even John Philip Sousa expressed his dislike of Prohibition through his humoresque “The Mingling of the Wets and the Drys.”

Unlike the Prohibition songs that helped empower the temperance movement, Tin Pan Alley’s songs swooned to the joy of alcohol.

Songs like Jean Schwartz’s “Sahara (We’ll Soon Be Dry Like You),” Albert von Tilzer’s “I’ve Got the Alcoholic Blues” and Irving Berlin’s “I’ll See You in C-U-B-A” expressed humorous disdain for Prohibition’s benefits to society.

Other songs like “Goodbye, Wild Women, Goodbye” lamented America’s expulsion from the garden of free-flowing alcohol.

After Prohibition’s repeal in 1933, temperance societies mourned the country’s lost morality while Tin Pan Alley celebrated alcohol’s return with such songs as “Beer Barrel Polka,” also known as “Barrel Polka” and “Roll Out the Barrel.”

People can make an appointment to view the physical exhibit by sending an email to sousa@illinois.edu. The online exhibit is accessible through temperanceblues.web.illinois.edu. For further information, call 217-333-4577.

Scott Schwartz director of the Sousa Archives and Center for American Music at the University of Illinois.