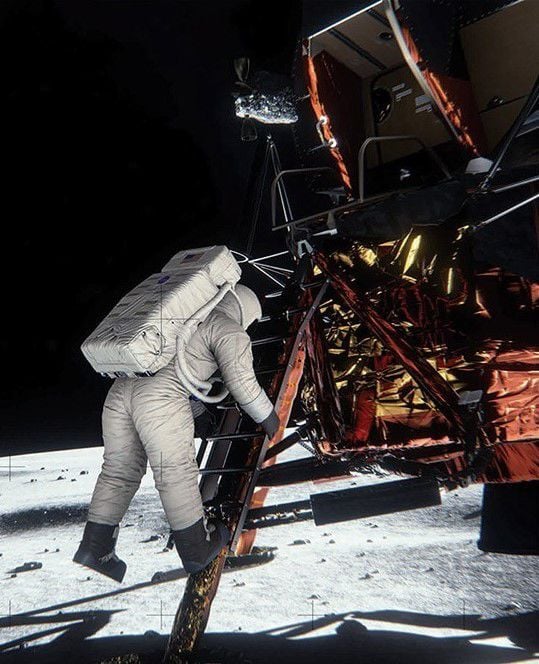 Buzz Aldrin descends the ladder of the Eagle lunar module to step on the moon’s surface for the first time in a photo taken by fellow astronaut Neil Armstrong during the Apollo 11 mission in July 1969. 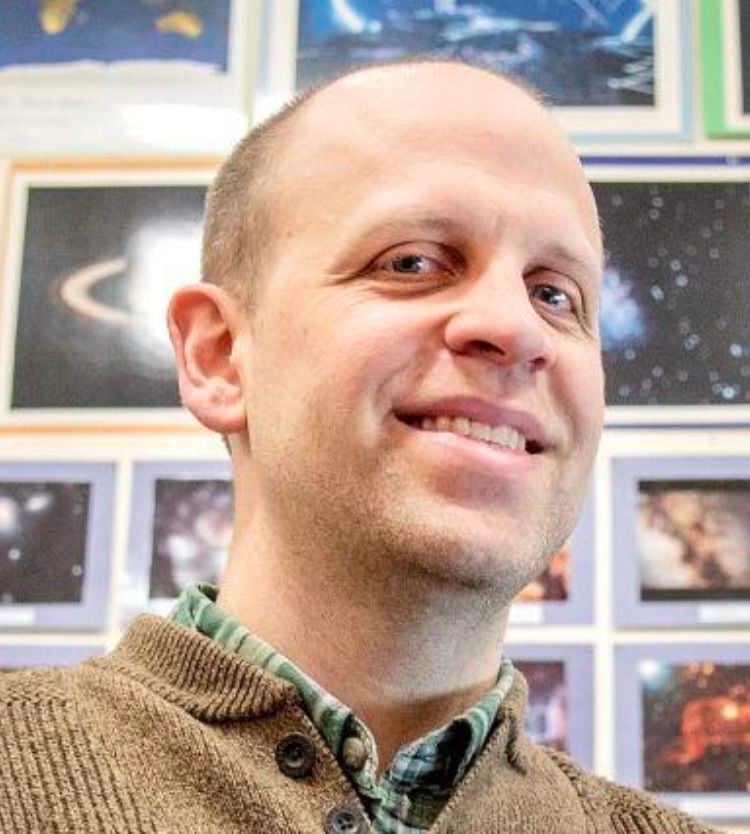 MORE: Staerkel Planetarium can give you eyes in the sky,

Erik Johnson writes in The News-Gazette’s Inside Out series.

Buzz Aldrin descends the ladder of the Eagle lunar module to step on the moon’s surface for the first time in a photo taken by fellow astronaut Neil Armstrong during the Apollo 11 mission in July 1969.

MORE: Staerkel Planetarium can give you eyes in the sky,

Erik Johnson writes in The News-Gazette’s Inside Out series.

It is mind-boggling how humanity went from the invention of powered aircraft to rockets carrying people safely to the moon in fewer than 70 years.

The William M. Staerkel Planetarium at Parkland College is celebrating the 50th anniversary of the Apollo missions with several exhibits on these achievements.

Visitors can see “Many Inspired Steps,” a pictorial timeline offering highlights of the mid-20th century space program up to Apollo 11. It includes earlier advancements of air travel and ancient mythological inspirations of human flight. This exhibition was created by Thomas A. Lesser, former senior lecturer at the Hayden Planetarium, and is distributed by Audio Visual Imagineering.

A second exhibit includes a 12-inch-diameter globe and a baseball that hang from the ceiling above the “Many Inspired Steps” display.

Their relative sizes are proportional to Earth and the moon at a scale of roughly 1 inch to 650 miles. They are suspended 30 feet from each other, which is also proportional to the 240,000-mile distance between Earth and the moon in space. If you stand under the globe, the baseball will have the same apparent size as the moon in the sky, which is smaller than your fingernail at arm’s length. Although the moon may look bigger by the horizon, it stays the same size no matter the altitude.

Don’t expect to find a model of the sun at this scale. It would be the size of a 10-story building and over 2 miles away from the globe!

Another exhibit presents “Apollo Memories” shared by people who experienced the missions as they happened. All are welcome to send their submissions via mail, phone or email to get added to the bulletin board.

The planetarium’s display case holds Apollo exhibits as well. There is a 12-inch moon globe labeled with the locations of the six landing sites from the Apollo missions. Each site is on the near side of the moon, which allowed the astronauts in each lunar module to maintain radio contact with Earth.

The case also has two Lego models: a Saturn V rocket and the Apollo 11 Eagle lunar module. The Saturn V includes a smaller version of a lunar module and a command module to show how small they are compared to the 363-foot rocket that took the Apollo missions to space.

The planetarium currently offers modified in-person programming with a 30-minute gap between shows and a reduced seating capacity.

The James B. Kaler Science Lecture Series is at 6:30 p.m. the first Friday of each month in the fall and spring semesters. The full-dome shows will have holiday themes in November and December once again.

Please check parkland.edu/planetarium for an updated schedule. Contact the staff at planetarium@parkland.edu or 217-351-2568 to book private shows, birthday parties or to rent telescopes. Go to champaigncountymuseums.org to learn more about the Champaign County Museums Network.

Erik Johnson is the director of the William M.Staerkel Planetarium at Parkland College. He can be reached at ejohnson@parkland.edu.