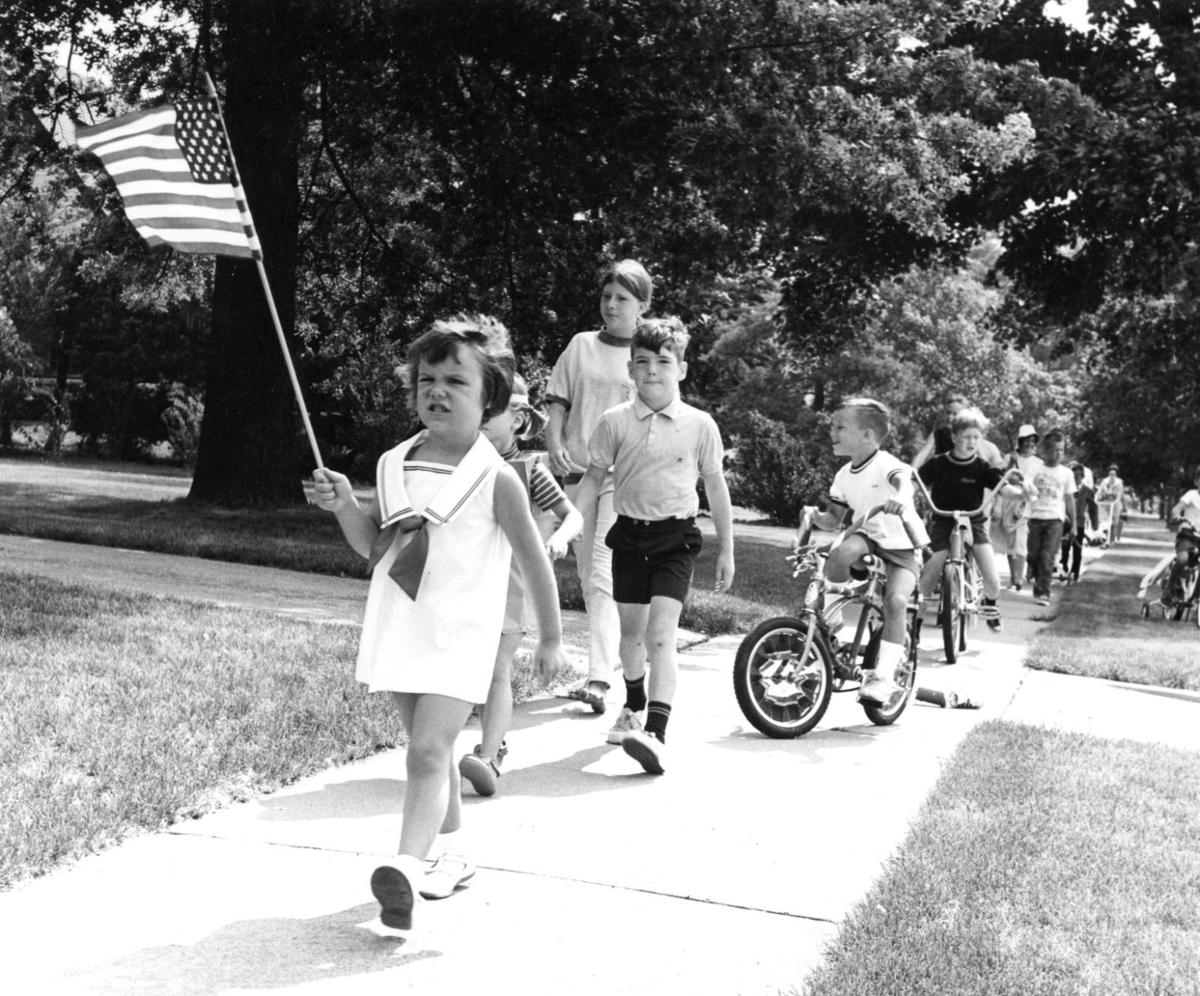 A Fourth of July parade in Champaign County in 1969. 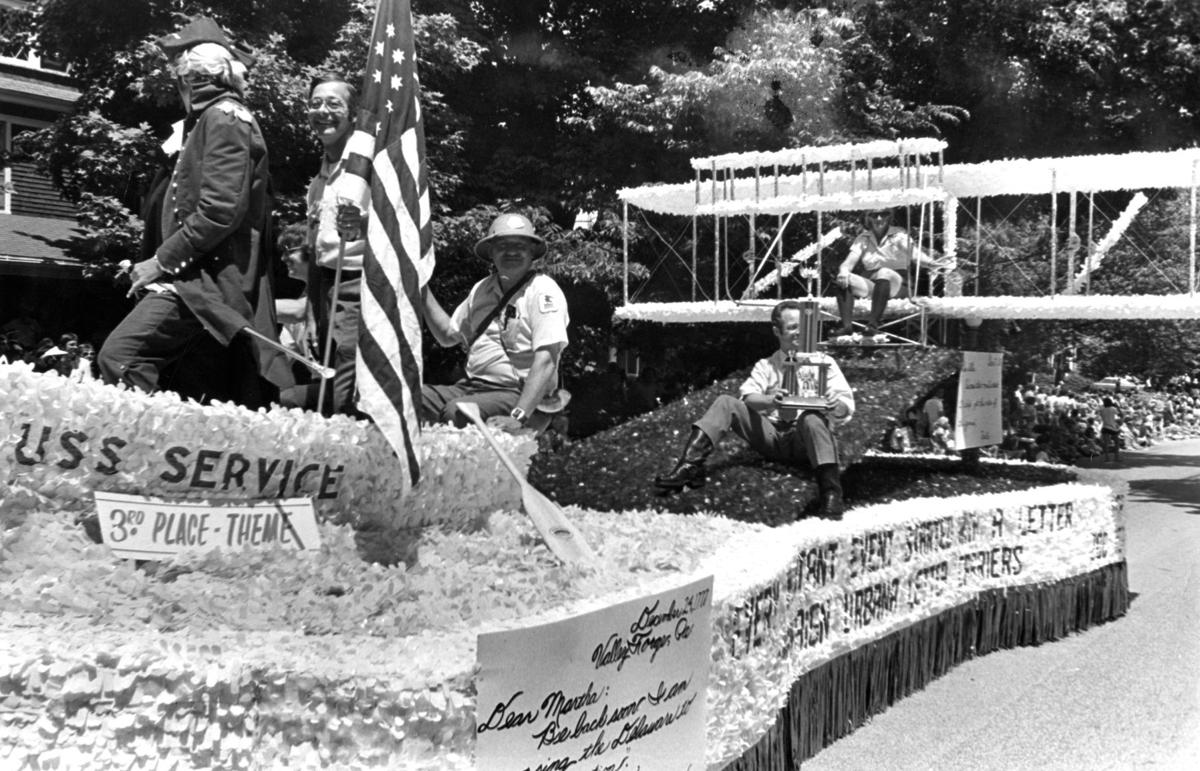 A float during the Fourth of July parade in 1976. 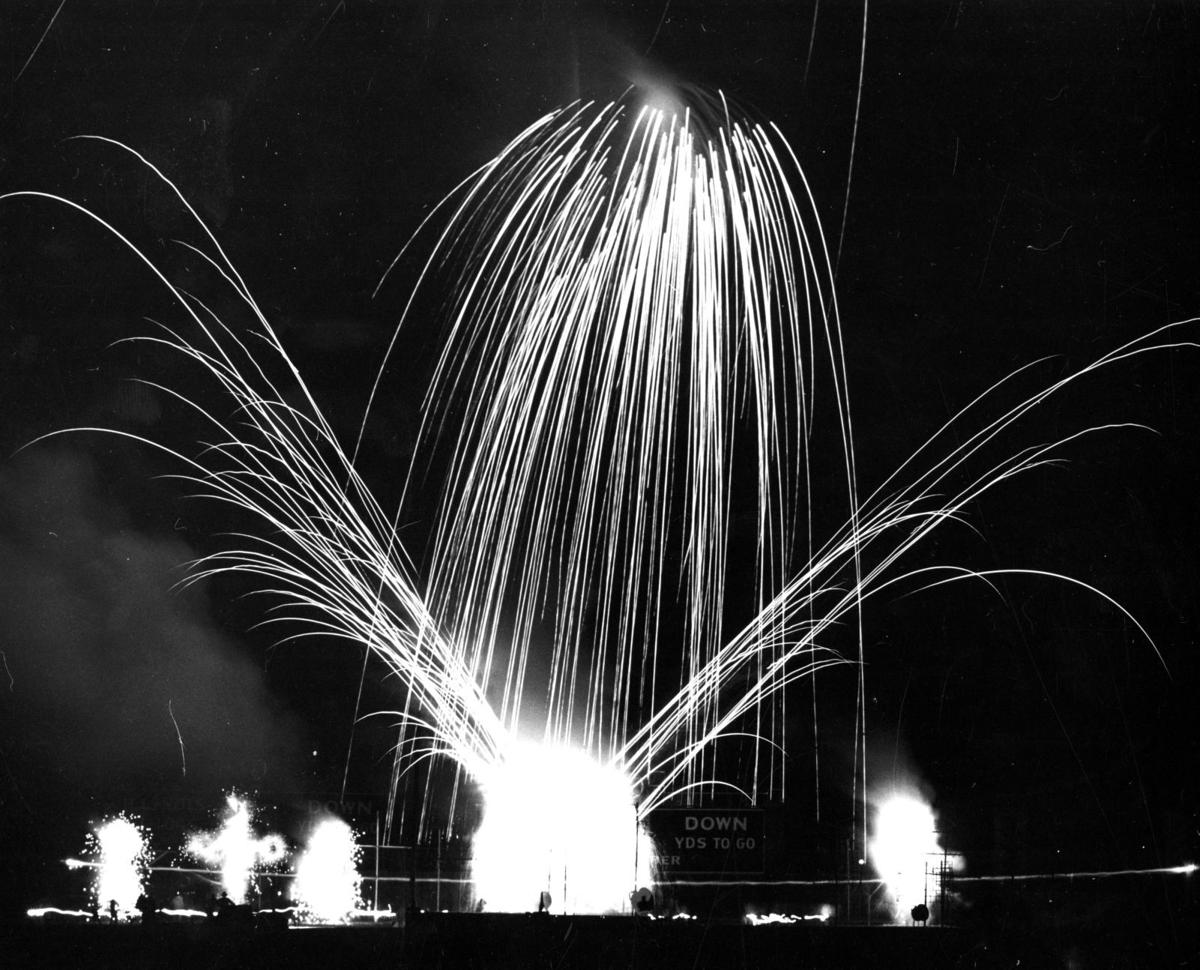 Fireworks light the sky behind the Memorial Stadium scoreboard during a Fourth of July fireworks display in Champaign in 1953. 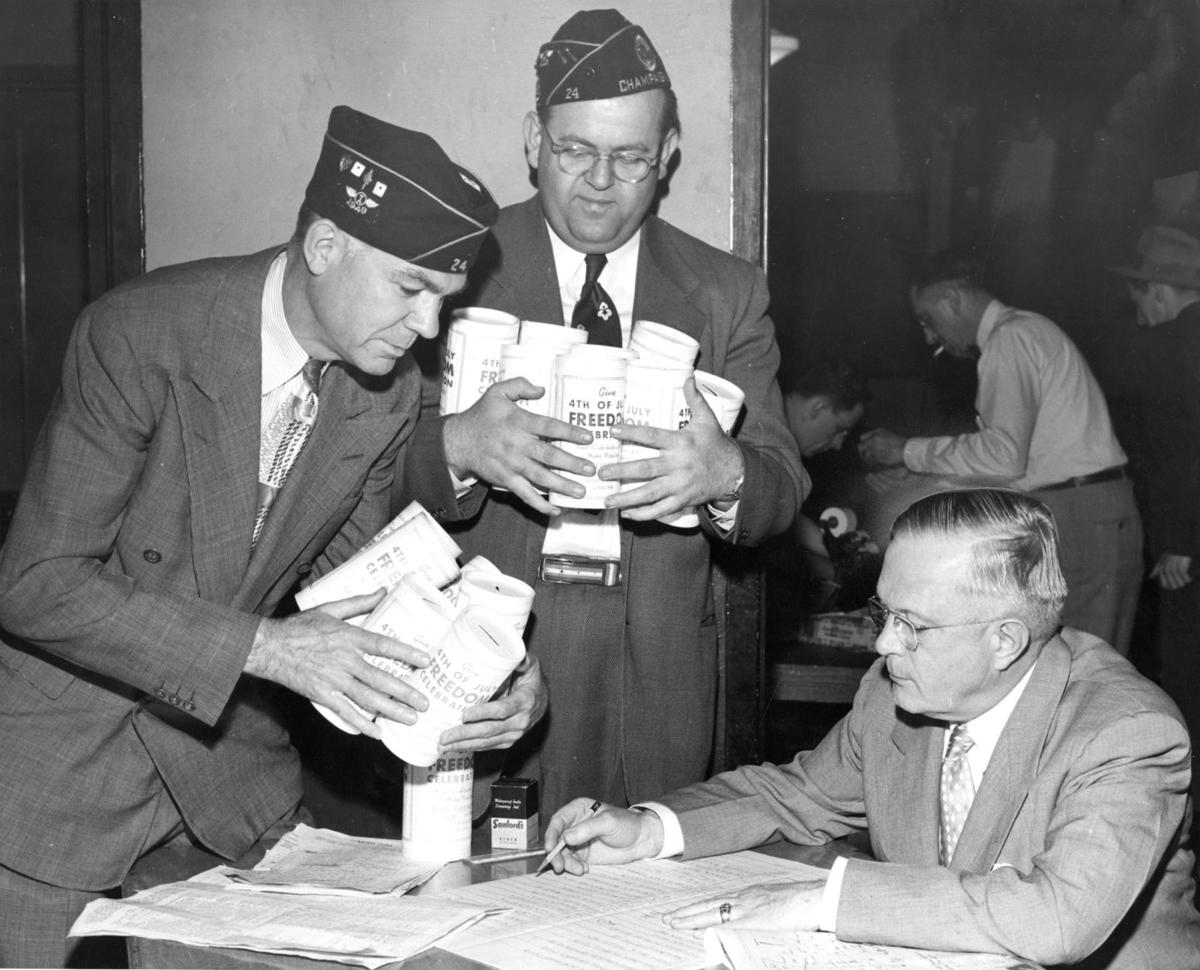 A Fourth of July parade in Champaign County in 1969.

A float during the Fourth of July parade in 1976.

Fireworks light the sky behind the Memorial Stadium scoreboard during a Fourth of July fireworks display in Champaign in 1953.

On July 4, 1777, the first organized celebration of the signing of the Declaration of Independence was held in Philadelphia.

The day’s festivities began at noon with 13-gun salutes from all the armed ships in the city to honor the 13 colonies. Almost like a parade, the ships were decorated with patriotic colors and streamers.

After the salute, the celebration continued with a grand meal, music and a big firework display at night.

In the ensuing years, different elements of this celebration became synonymous with the holiday and eventually became tradition.

In Champaign County, Fourth of July celebrations seem to fit this mold throughout our history with some variation.

The earliest documentation of local Fourth of July festivities comes from the historic newspaper collection on microfilm located at the Champaign County Historical Archives (CCHA) at The Urbana Free Library.

According to the July 6, 1854, issue of the Urbana Union, “Urbana enjoyed a fine celebration of the Fourth.” There was a procession of “Sabbath schools, ladies, Sons of Temperance, and citizens” from the Champaign County courthouse to Webber’s Grove east of town. At the grove, they listened to orators, heard choir music, and enjoyed a massive meal on a table that was “upwards of five hundred feet long and loaded with a bounteous supply of good things.”

On the first Fourth of July following the end of the Civil War and death of Abraham Lincoln in 1865, the Central Illinois Gazette reported that Champaign County’s observance of the national anniversary was beautiful, sober and earnest.

“One of the pleasantest they ever passed as well as one of the most important since that which occurred in 1776.”

In 1868, the celebrations were cut short when an errant firework set downtown Champaign aflame in the area bound by Main, Market, Taylor and Walnut streets. The fire destroyed some of the city’s most valuable property at the time.

For the centennial, seemingly all of Champaign County was active with big celebrations. Champaign boasted 10,000 visitors for their festivities, and Urbana another 5,000 to 7,000.

By 1876, Independence Day was officially a national holiday, and the local celebrations included all of the traditional accoutrements, including grand firework displays.

Along with the celebrations, there were problems with fires again. At Barrett Hall, the Sons of Erin Benevolent Society were hosting a ball when a small fire was discovered, which led to people rushing out and causing a stampede.

There were some injuries, but, thankfully, the fire was put out before doing much damage.

Captain D.J. Ford of Mahomet was not so lucky. His house burned down from a firework, and it was the second time it burned down in 10 months.

In the mid-20th century, local Champaign and Urbana Fourth of July festivities started to be organized by the Freedom Celebration Committee.

Local businessmen Mal Hickman, Jim O’Neill and Bert Marett founded the committee with the goal to reduce highway accidents by hosting Fourth of July celebrations that kept C-U citizens local for the holiday.

They raised money for the event through local donations with the assistance of The News-Gazette and radio spots on WDWS.

In 1951, they attracted 40,000 people to Memorial Stadium for their event. It included a speech from General George Kenney, a musical performance from “Banjo King” Eddie Peabody and, of course, fireworks.

Want to learn more about Fourth of July celebrations in Champaign County history? Stop by the CCHA and check out some of our photographs, vertical files and historic newspaper holdings about Independence Day in our history.