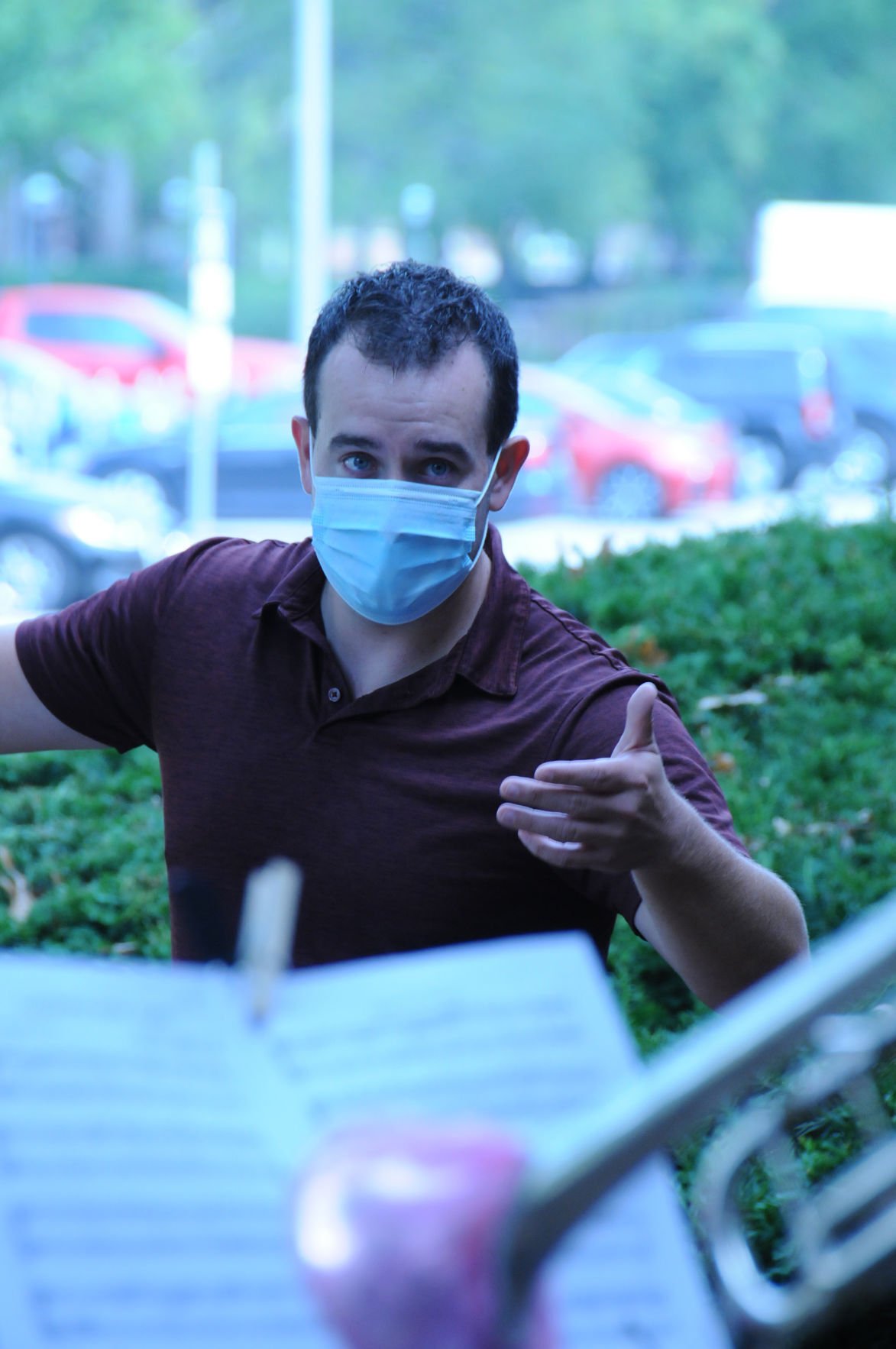 LEFT: Graduate assistant Tim Loman conducts the brass sections on Sept. 17 outside of the Harding Band Building. RIGHT: Jamal Brown plays his saxophone on Sept. 21 in the doorway of Smith Memorial Hall during Wind Symphony rehearsal. 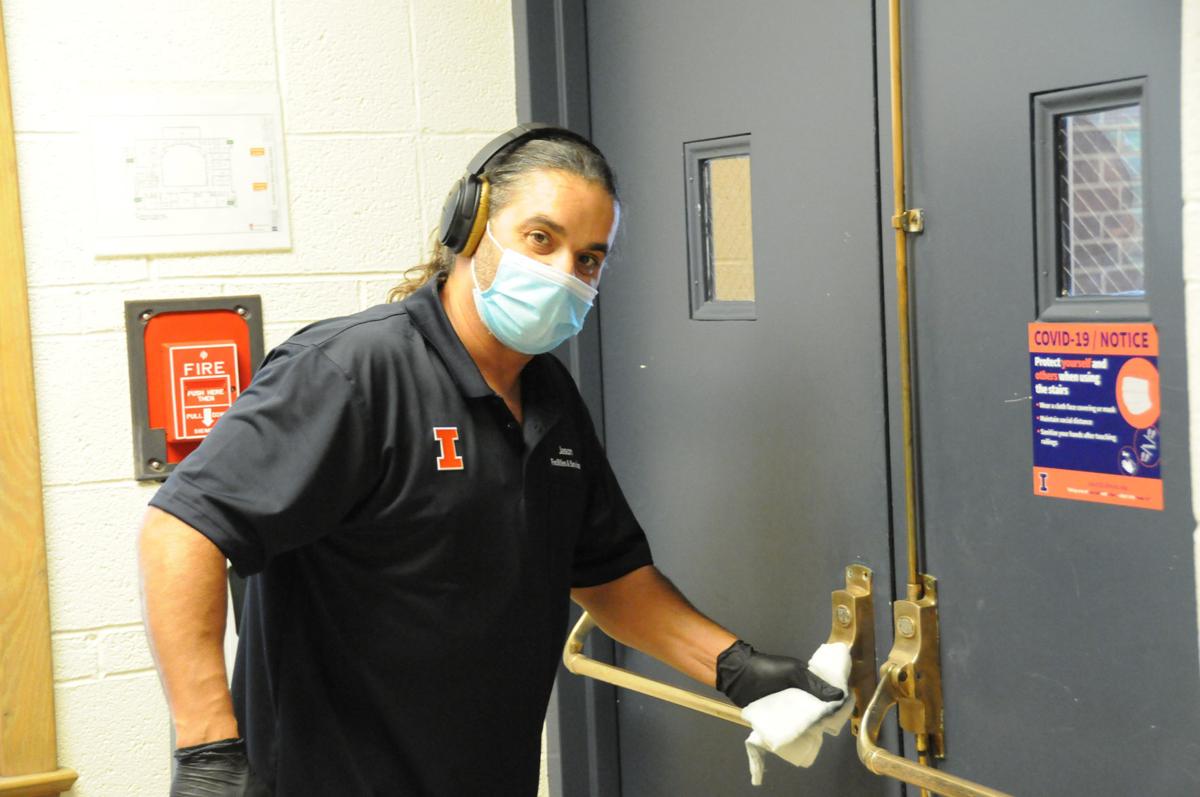 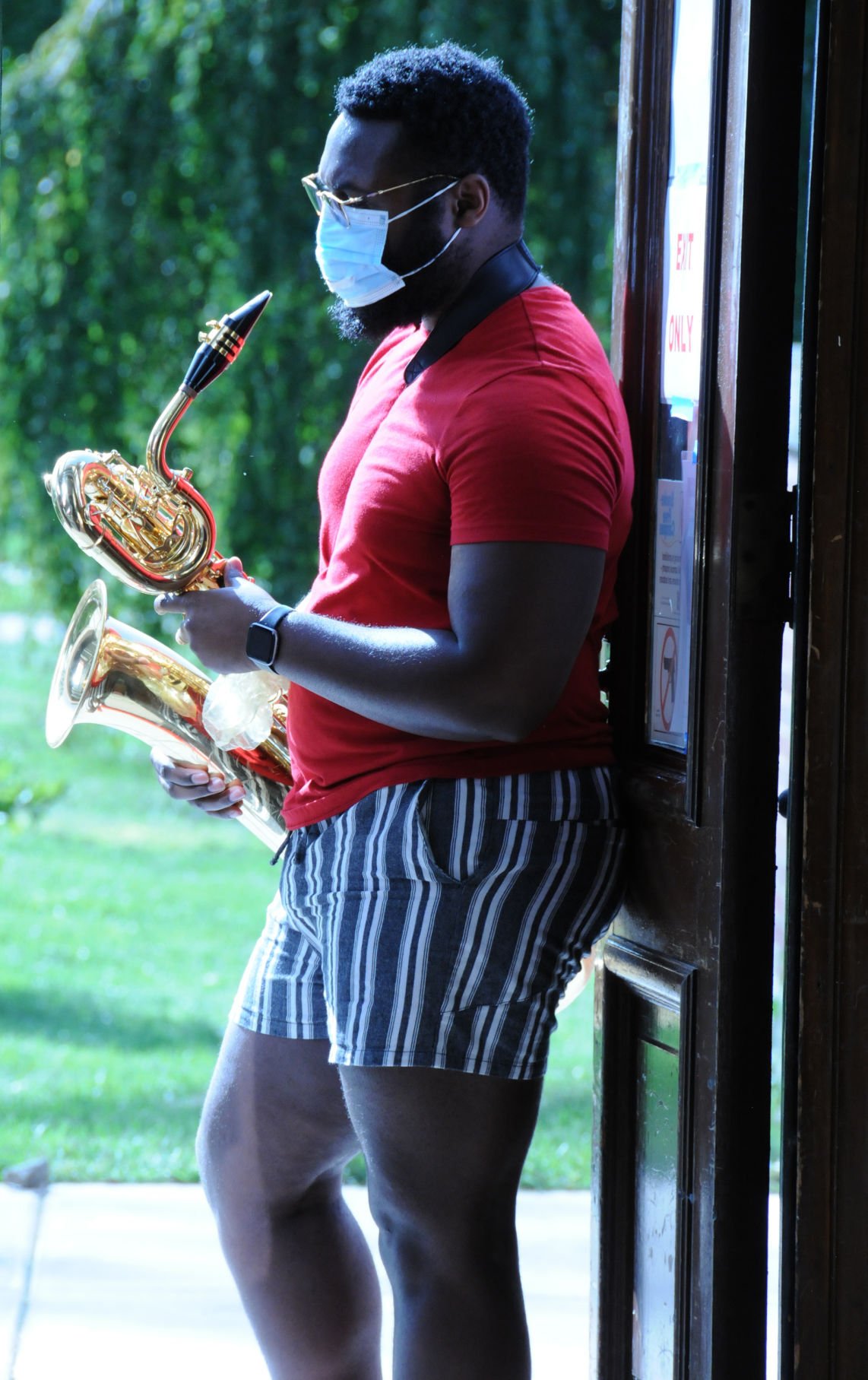 LEFT: Graduate assistant Tim Loman conducts the brass sections on Sept. 17 outside of the Harding Band Building. RIGHT: Jamal Brown plays his saxophone on Sept. 21 in the doorway of Smith Memorial Hall during Wind Symphony rehearsal.

One of the Sousa Archives’ many purposes is the preservation of the Illinois Band’s instructional and performance legacies.

Founded in 1868, the university’s band has operated uninterrupted for 152 years under six different directors.

This year’s pandemic has radically altered every aspect of people’s lives and the way we listen to and create music.

On March 17, the dark news of the university’s suspension of all on-campus instruction for the rest of the semester chilled the spirit of our local community, and the days that followed were unnaturally quiet.

At the time, the words, “the day the music died,” from Don McLean’s 1971 eulogy to Buddy Holly and America’s lost innocence stung with ironic relevance.

While his song’s message reflected a time sorely forgotten, America’s music did not die. In fact, its musicians’ and audiences’ tastes adapted to the new time.

Today’s radical shift from live concerts to virtual performances has been the music world’s answer to the pandemic’s relentless noise.

The university bands’ answer to McLean’s prophetic question, “Can music save your mortal soul?” has returned the band building’s musical voice. This is where the Sousa Archives’ documentary project begins.

The students’ and faculty’s return to the band building this fall was unlike any of previous years. While the musical sounds emanating from the building’s rehearsal hall and practice spaces are once again familiar, the performance routines and visual sights are strangely new.

Absent are the large wind ensembles’ symphonic sounds and the Marching Illini packed into Room 141 like musical sardines playing “Hail to the Orange and Blue.”

The sounds of a Mozart wind octet and a Gabrieli brass fanfare invitingly resonate on warm fall afternoons from the grassy knolls outside the Harding and Smith buildings, but the musicians and their conductors now wear masks of every color and shape.

If not for the strange facial armaments and the scent of harvested corn, you could imagine yourself for a moment enjoying this music in a Salzburg courtyard.

However, the colorful face masks and bell covers used to protect the musicians comically telegraph a carnival atmosphere as the euphonium and trombone covers balloon with hot air.

While the bands’ student musicians and their faculty instructors gently bristle against the confines of today’s pandemic, they have willingly adapted themselves to continue their performance and educational pursuits at the University of Illinois.

The mask is the new badge of honor for both the student experiencing her conducting class in the Harding building and the musician adjusting a key on his instrument during a rehearsal in Smith.

For the music family of the Harding Band Building, it is their persistent attitude to keep music and its performance and preservation vital for today and tomorrow’s generations.

This is the next chapter of the University of Illinois’ band legacy.

Scott Schwartz director of the Sousa Archives and Center for American Music at the University of Illinois.