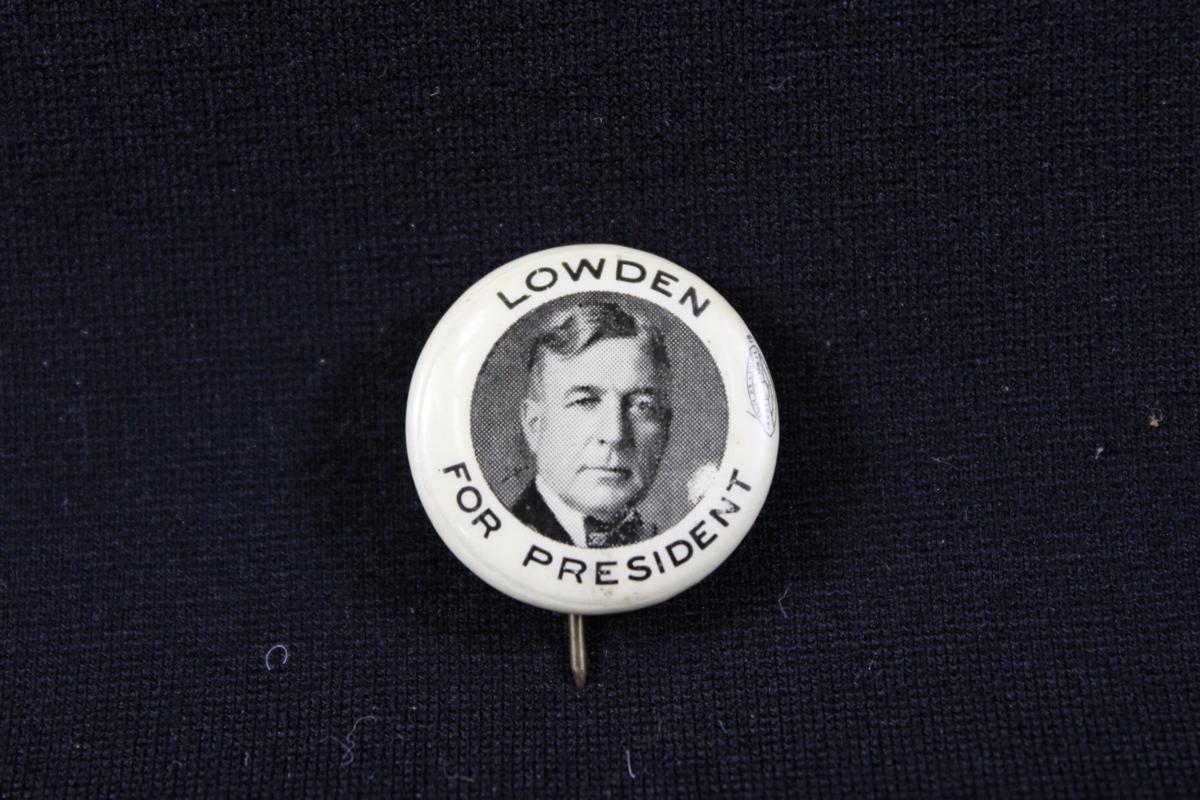 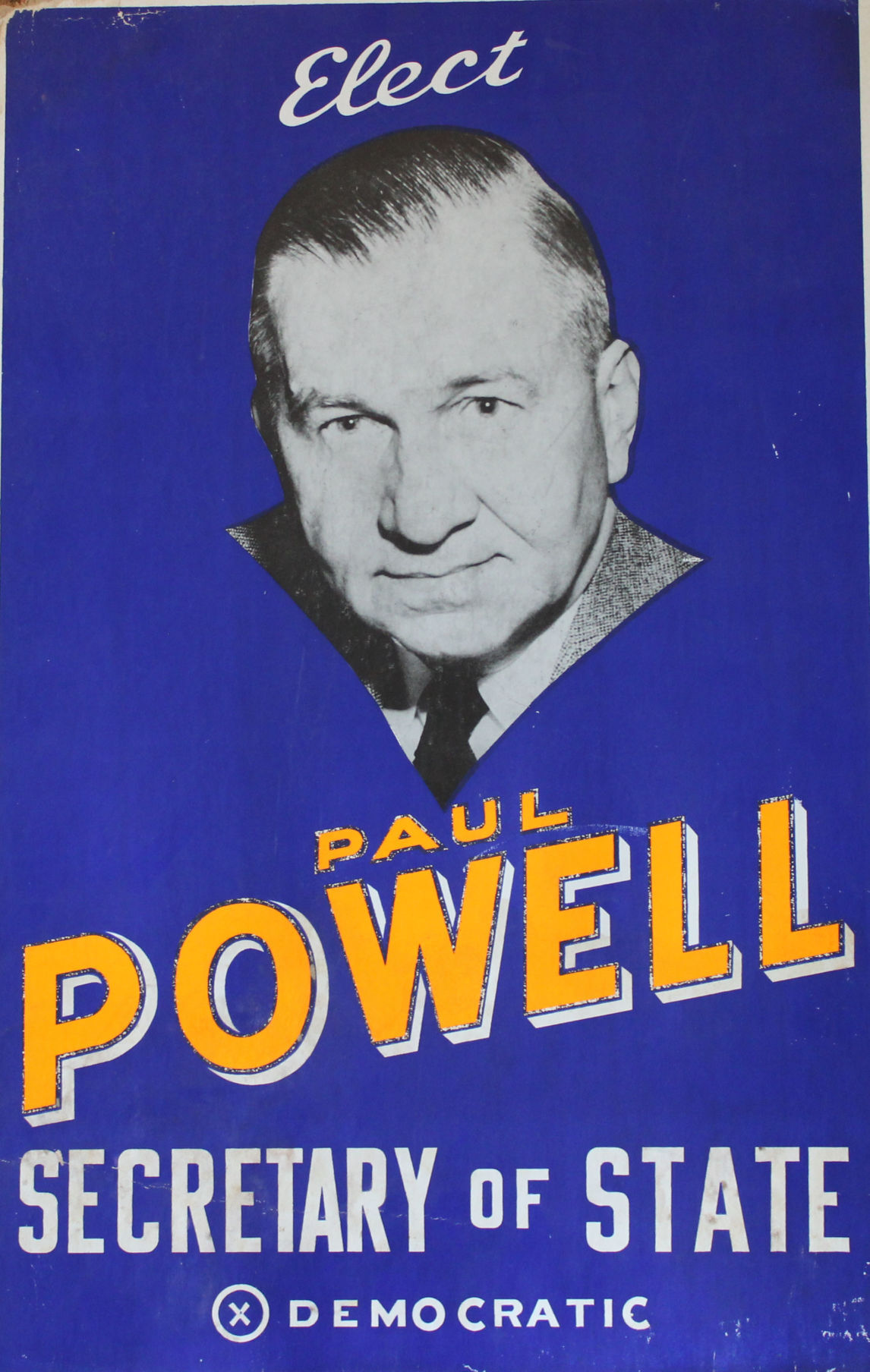 It is election season, and few things make this more apparent than the litany of campaign placards dotting homeowners’ yards across Champaign County and the country.

Whether the signs support ideas, candidates or just voting in general, they have allowed American citizens to express and promote their civic beliefs throughout most of U.S. history.

Along with the signs, pins and buttons have also been synonymous with American political campaigns, often offering clever slogans and other promotional imagery similar to the posters.

At the Champaign County History Museum, we collect these types of political ephemera.

poster collection dates from the 1960s to today but is predominantly from the 1990s and on.

These posters reflect local, state and national elections and are almost all yard signs.

Our oldest campaign poster is of Paul T. Powell, who ran in 1964 for Illinois secretary of state against Elmer J. Hoffman.

The poster features a black-and-white image of Powell and simply says “Elect Paul Powell/Secretary of State/Democratic.”

Powell was an interesting figure in Illinois political history.

After defeating Hoffman in the ’64 election, he unexpectedly died in 1970 while still in office.

He was posthumously involved in a scandal when $800,000 was found in his hotel and office shortly after his death. A federal investigation later revealed he used his position for illegal financial gain, mostly through cash bribes in exchange for political favors.

One of the buttons features Frank Orren Lowden.

Lowden was governor of Illinois from 1916 to 1921. In 1920 and 1928, he made unsuccessful bids for the presidency. In both campaigns, he gathered modest support, especially in Illinois, but failed to capture the Republican nomination.

The museum’s Lowden button comes from one of his presidential bids; it features an image of him and says “Lowden for President.”

Lowden’s 1920 presidential bid is notable because he was one of three leading candidates alongside Hiram Johnson and Leonard Wood coming out of the primaries.

Prior to the convention, Lowden became embroiled in controversy when his immense campaign spending was publicized.

Republican Party leaders ultimately chose the more moderate Warren G. Harding as their candidate, despite Harding getting less than

5 percent of the primary vote.

No matter how you choose to show your political support, it is important to get out and vote.

Illinois permits online voter registration until Oct. 18 and allows people to register in-person up to Election Day — Nov. 3 this year.

To learn more about your local voting site, or how to vote by mail, visit the Champaign County Clerk’s website at champaigncountyclerk.com and look at the election FAQ.

If you are interested in donating campaign ephemera, please consider contacting the Champaign County

Tom Kuipers is the museum manager at the Champaign County History Museum.