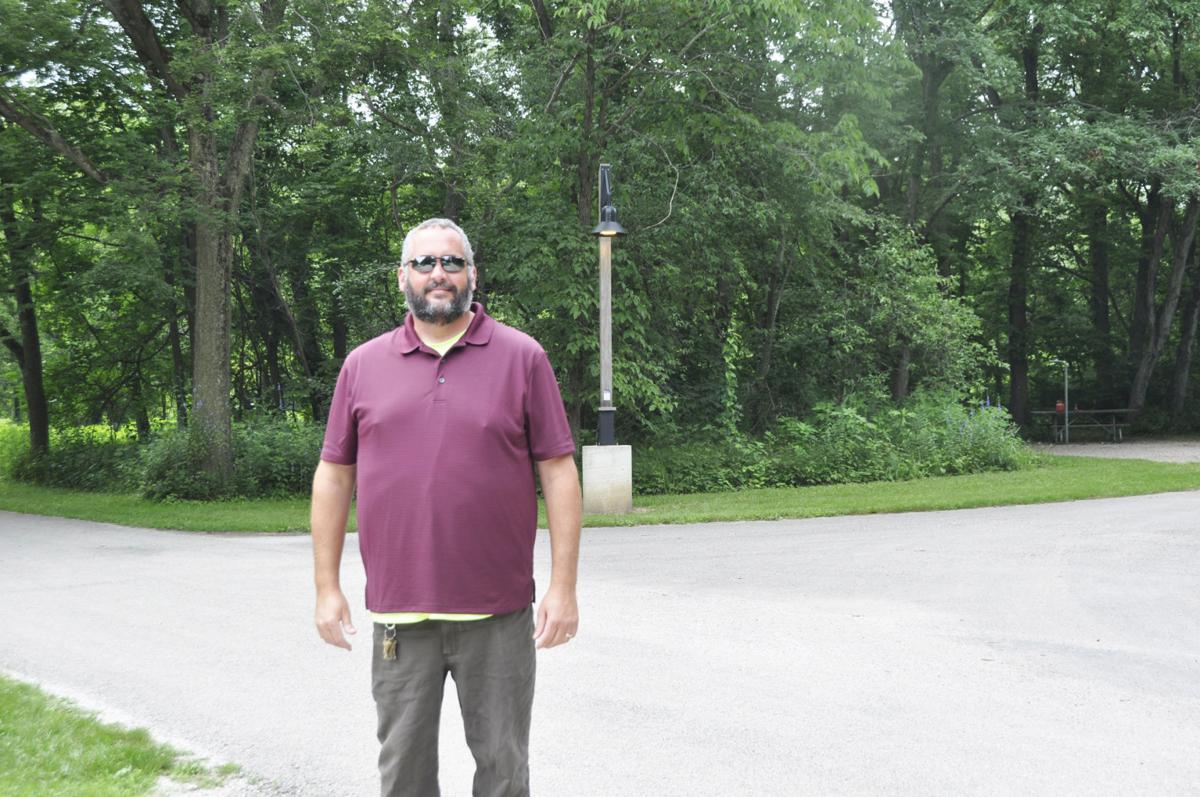 Middle Fork Forest Preserve Site Superintendent Matt Kuntz stands near one of the downward-facing lights designed to reduce light pollution at the park. 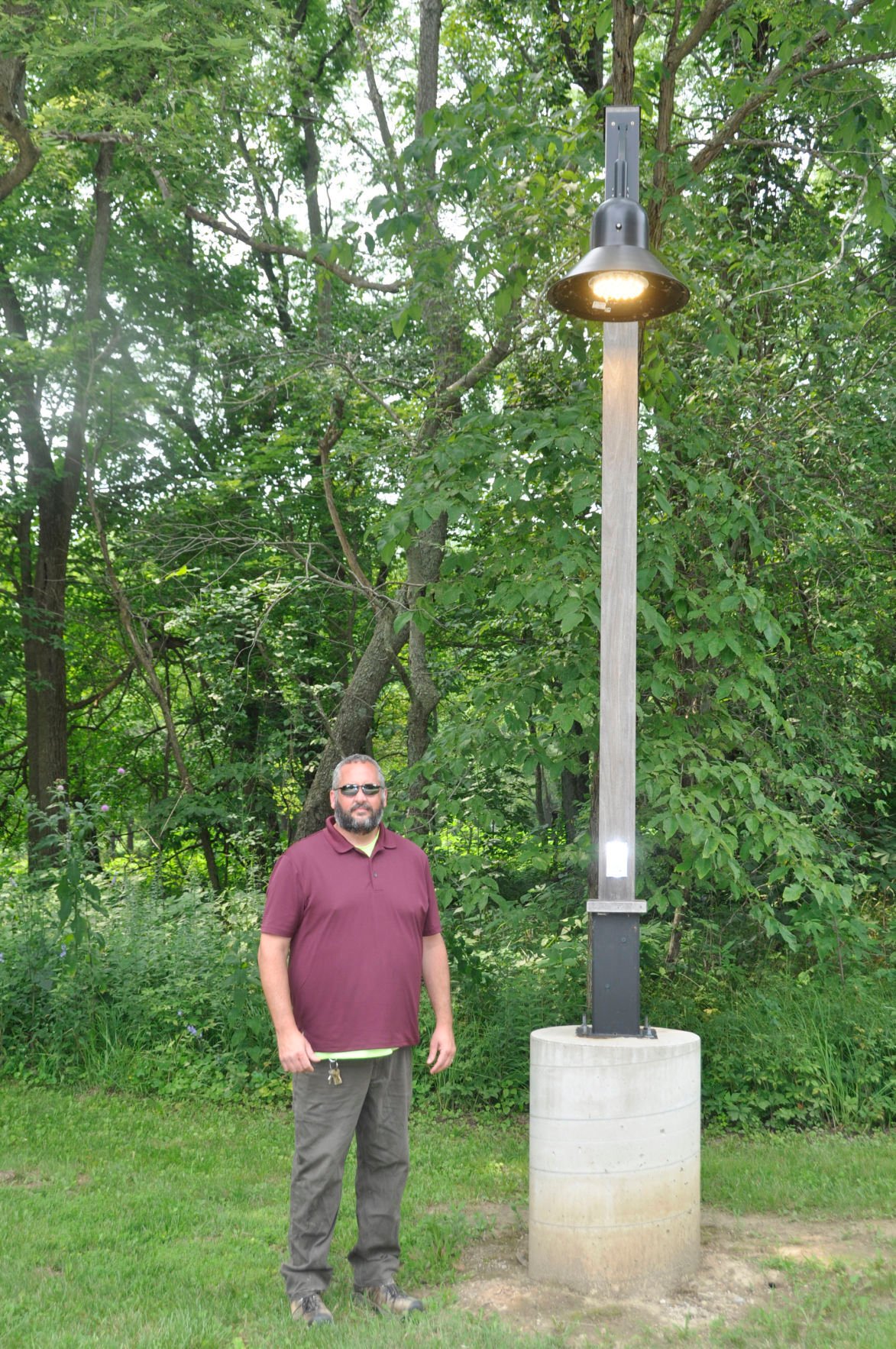 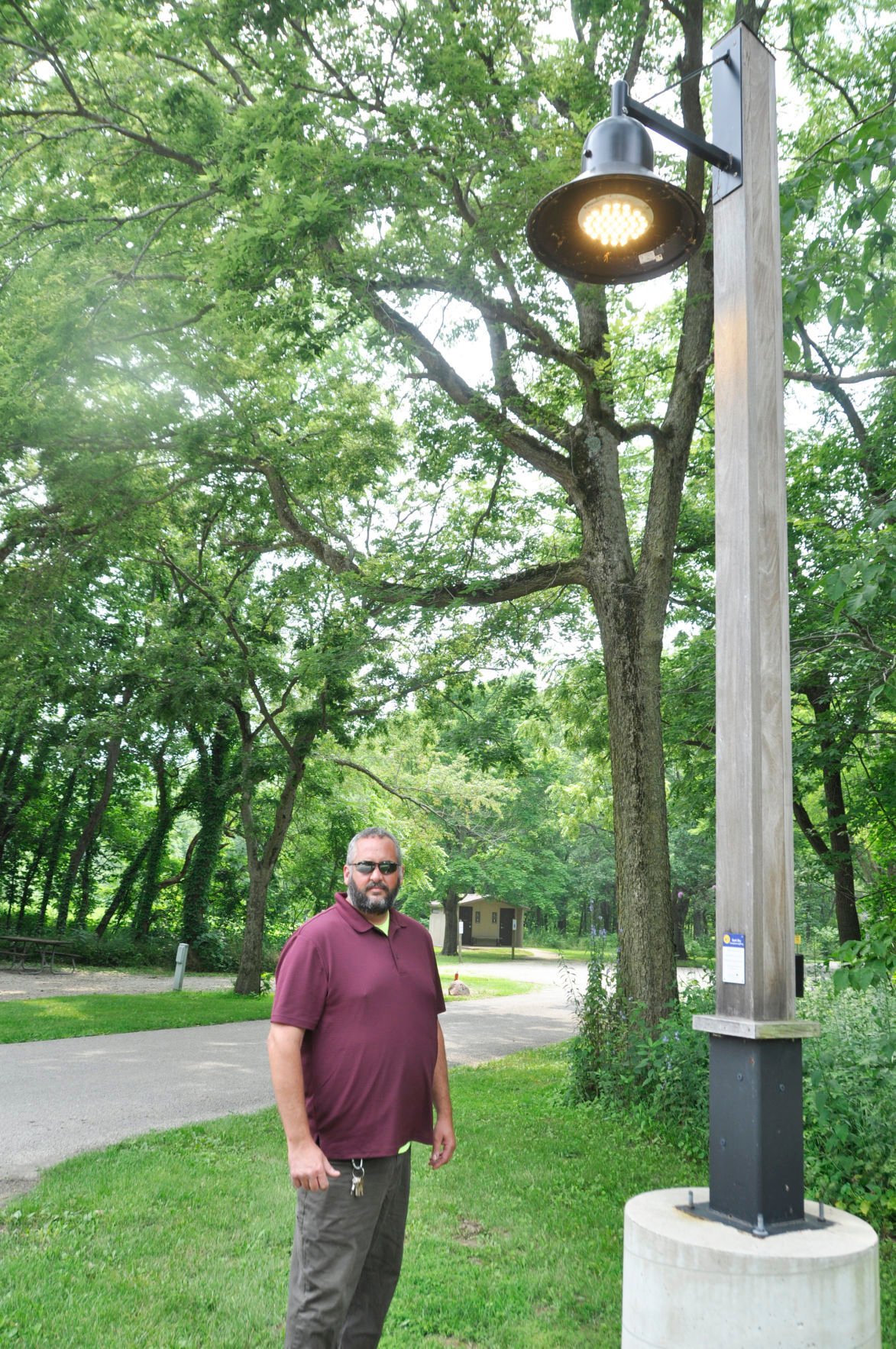 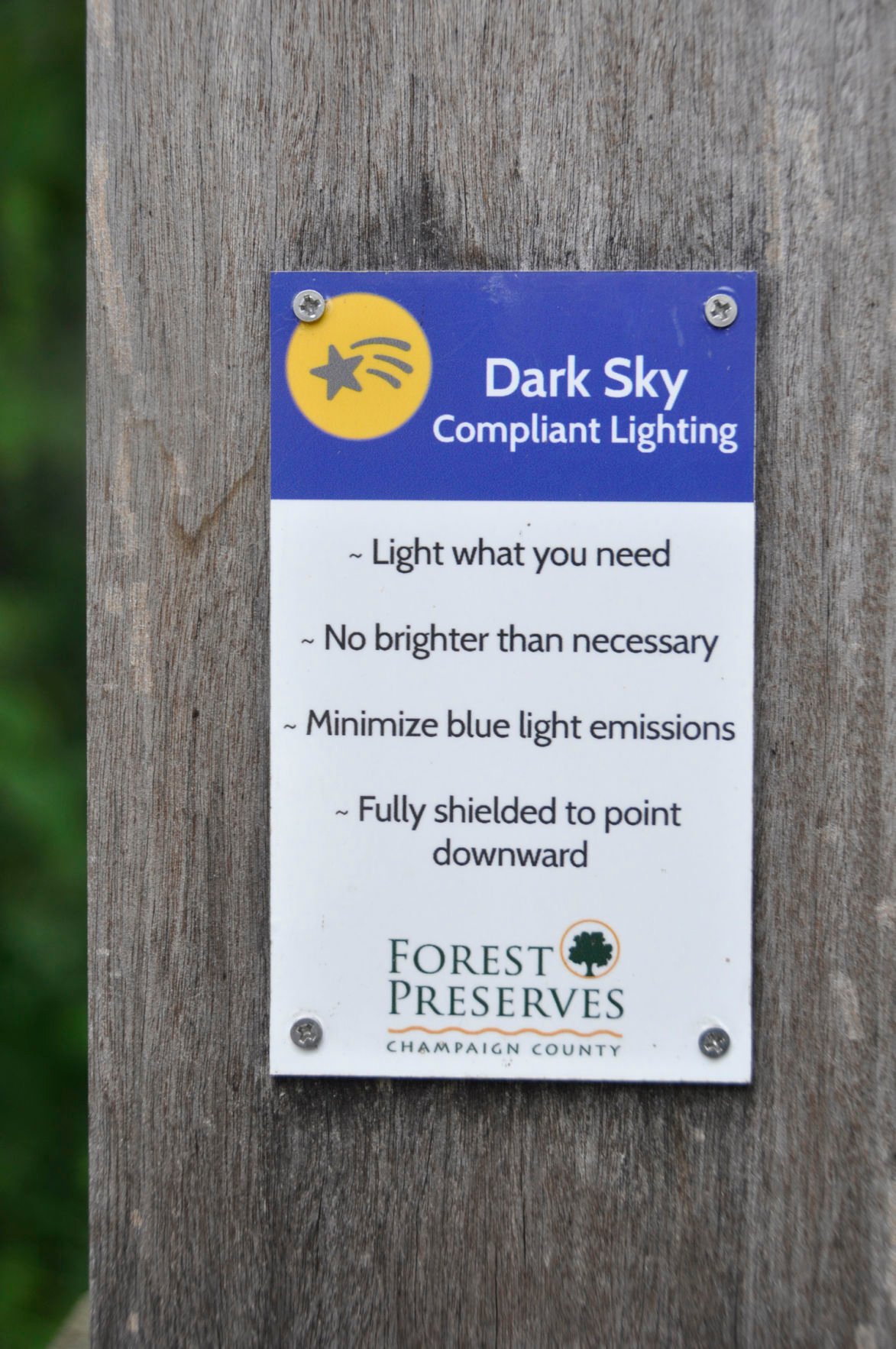 Middle Fork Forest Preserve Site Superintendent Matt Kuntz stands near one of the downward-facing lights designed to reduce light pollution at the park.

Photographers with long lenses surrounded one of the ponds at the preserve to capture images of the night sky — just like photo journalists at a pro game. The occasion: the arrival of the Neowise comet.

Middle Fork’s dark-sky park — the only such park in Illinois — was an ideal place to view the comet.

“It reminded me of an NBA basketball court,” said Kuntz, site superintendent at Middle Fork and one of the people responsible for the dark-sky designation. “The telephoto lenses that are about 3 foot long, the whole pond edges were filled with those cameras.

“I drove out to the park around dusk. Every parking lot in the entire preserve was packed. People were parked in the grass.”

Kuntz said the public’s embracing of the dark-sky park is “more than I would have ever imagined.”

Because of his role in the development and operation of the dark-sky park, which has drawn people from at least 13 states, Kuntz has been named a winner of a Tourism Impact Award to be presented at the annual gala sponsored by Visit Champaign County.

The forest preserve is located about 30 miles northeast of Champaign-Urbana.

“To take a concept and make it happen from start to finish to be the first to receive this International Dark Sky designation in Illinois is truly outside of ordinary,” DeLuce said. “We encourage everyone to visit this true treasure in our backyard.”

While the pandemic hurt most other activities, it might have helped to promote skywatching at Middle Fork. And it hasn’t slowed down.

“Every night” there are people there with heads turned up, Kuntz said. “And the weekend nights are jam packed as long as the sky cooperates. I knew it would draw people. I didn’t know it would be this popular.”

The pandemic did have a detrimental effect on one aspect of Middle Fork stargazing. It put a crimp in events that were to be hosted there by the astronomical society. Many other forest preserve events also had to be canceled.

A dark-sky park is one recognized with an exceptional or distinguished quality of starry nights and a nocturnal environment that is specifically protected for its scientific, natural, educational, cultural heritage and/or public enjoyment.

Kuntz was involved with the implementation of the lighting inventory and replacement per dark-sky regulations, public relations and speaking engagements promoting dark-sky lighting and help with educational and programming per dark-sky-related activities.

One major change at Middle Fork to enhance night-sky viewing was converting the old sky-bound lighting to ones that directed light toward the ground.

Kuntz said that was a major undertaking, and it’s one reason Middle Fork has become a go-to place for many.

“It’s continued” this year, he said of the large crowds. “Now, I dare say we’re acclimated to it as far as staff. It’s pretty constant. We still interact as much as we can with them. I try to explain to folks, ‘I’m not an astrophysicist, but we’ll be glad to direct you.’”

Kuntz said it’s the norm now for guests to ask staff where the best location to view the sky in a certain direction, whether they’re looking for a constellation or a galaxy to photograph.

Banners and posters have been set up telling what’s happening skyward during different parts of the summer. The forest preserve district also has a dark-sky page on its website for which the astronomical society provides content.

Those who want the darkest stargazing location can head a few miles north to the waterfowl viewing area, which Kuntz said is considered the darkest sky in central Illinois. Others feel more comfortable in the main preserve.

Kuntz said there are a variety of visitors to the forest preserve — those who are quite knowledgeable about the night sky and “the general public.”

“The best part is most of these astronomers are some of the best people to talk with to get educated,” he said. “It’s just like a friendly atmosphere. They’ll sit there and talk to you all night.”

Kuntz said there are plans to make the experience even better.

The forest preserve district’s museum and environmental education departments are planning a variety of educational opportunities.

Also on the wish list: a dark-sky trail with some sort of planetarium, which is grant-dependent.

A trail would make it easier to show visitors the best viewing locations.

“Our plan is accessibility,” he said. “Some of these spots out here, if you want to get out in the prairie rough area, it’s not very accessible.”

PENFIELD — The dark sky lighting at Middle Fork River Forest Preserve will likely be around for awhile.

Except for the light fixtures, the 12 downward-pointing lights at Middle Fork were all made by staff.

Site Superintendent Matt Kuntz said Ipe wood, also known as Brazilian walnut, which has a life span of 75 to 85 years, was used for the posts. That was the decision of Construction Manager Mike Fry.

“It’s so hard,” Kuntz said of the wood. “The trick was there’s special blades, special drill bits to use on this stuff, it’s so hard.”

Forest preserve staff poured the concrete bases and custom made the boot for the posts.

The down-facing lighting was needed to reduce light pollution, making it easier to see the show that is the night sky and helping Middle Fork to be designated the only dark sky park in Illinois.

Kuntz got the idea for the type of lighting when he saw a similar type at the St. Louis Zoo.

“I fell in love with their lights,” he said. “I asked our planning manager and construction manager, ‘Can we model it after that?’

“It’s actually better than the horrible ‘80s lights we had before.”