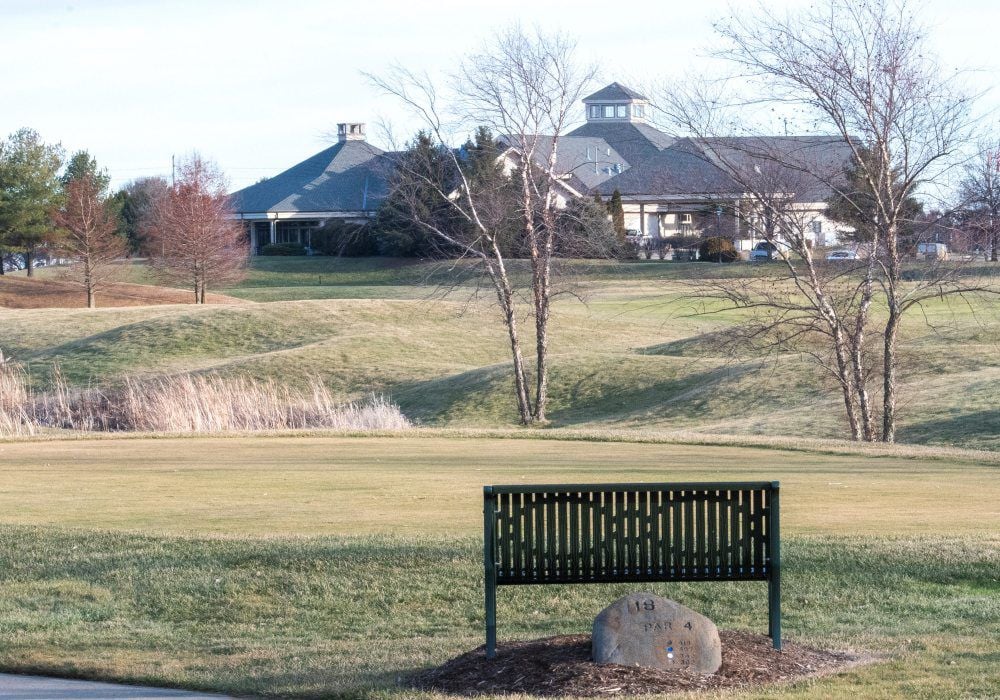 The 18th hole and the clubhouse at Stone Creek in Urbana on Monday, January 6, 2020. 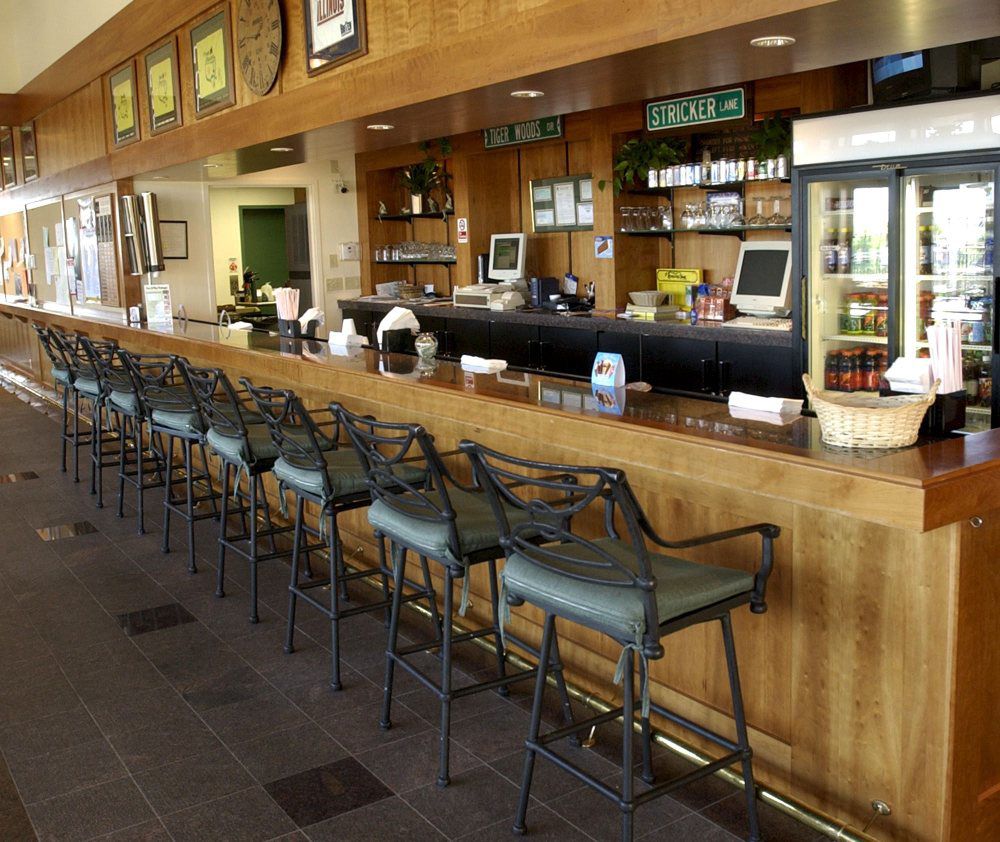 Click here to drop a question into Tom's Mailbag

URBANA — Rumors about the status of the Stone Creek Golf Course had swirled for a few years, but some residents in the development were as surprised as anyone that it would be closing at the end of the month.

“Over Thanksgiving, they were advertising their 2020 rates for the golf course,” said Mark Palermo, who moved about five years ago into his house on the 2700 block of Castlerock Drive in the middle of the golf course. “That’s why when I got the email (Monday), I was like, ‘Where did this come from?’”

He golfs regularly and chose to live where he does in part because “I can just walk out and play a few holes.”

Other residents hadn’t heard the news.

“I just moved in on Oct. 16. I had no idea that that was a possibility,” said Karen Decker, who lives in the 2700 block of Stone Creek Boulevard. “I’m shocked.”

“I literally just moved in less than three months ago, and if they knew about it then, I’m disappointed that they did not share that,” said Decker, a University of Illinois retiree.

“I don’t play golf, but it’s nice to have a golf course,” she said.

That’s part of the problem, The Atkins Group said Monday when announcing that the golf course would close; the industry has been in decline for years.

It cited “waning demand for golf, the escalating operating costs, and essential capital improvements” that are needed.

Instead, The Atkins Group has commissioned an architectural and land-planning firm to redevelop it.

“We are committed to the success of the master plan community of Stone Creek, but unfortunately, due (to) the negative financial impacts of the golf business we are no longer able (to) sustain the golf course as a viable business for this area,” said Spencer Atkins, son of the late Clint Atkins, who founded The Atkins Group and developed Stone Creek.

Other area golf courses have seen their share of troubles.

The Railside Golf Club in Gibson City was converted in 2017 from an 18-hole course to 12 holes after briefly closing, and the 18-hole Blue Needles Golf Course in Fairmount closed in 2017.

“Consequently, we have done a lot of work in an effort to provide a development solution that will provide more natural green open space, walking trails and other community benefits,” Atkins said.

Residents will be able to review design features of the new plan in the spring, but for now, residents are left wondering what this will mean for their property values.

“That’ll change things, that’s for sure. I wonder if that will immediately devalue every piece of property along here,” Decker said.

“We know it’s probably not good for us as far as the value of our property,” said Nina Heckman, who has lived on the 2700 block of Plantation Point since 2004 and also hadn’t seen the announcement.

She and her husband Al were looking for a smaller house at the time, and their house on the loop in the middle of the golf course fit the bill, even though they don’t golf.

“We particularly liked this lot on the golf course because it has trees along the back,” Heckman said.

Philip Huchel, who moved into his house in the 2800 block of Stone Creek Boulevard about a year ago, said he was “bummed out” as he was walking his dog Monday afternoon.

He grew up in Oakwood, lived elsewhere for a while and then moved back to the area and specifically chose Stone Creek.

“The whole attraction of the house we bought, obviously, it looks right onto the golf course,” Huchel said. “I love golf. I love the scenery of a golf course; green and plush in the spring and summer.”

He remembered when the golf course was being built and thinking, “Man, that would be so awesome to live out here, if I could ever afford it, and at that time, I didn’t think I could. But 18 years later, I’m living out here.”

“As far as a public course goes, it’s as nice a one as you’re gonna find. It’s really a beautiful course,” said Huchel, who said he does pharmaceutical sales. “I just fell in love with the golf course.”

He had also heard the rumors when he bought the house, but was still stunned that the course would be closing.

“I kind of thought it was just rumors,” Huchel said. “I didn’t think it would actually happen, but here it is.”

In 2018, Atkins told The News-Gazette that the golf course had never made money and might not stay open past the end of the year.

Later that year, he said it would stay open for at least another year.

The Atkins Group said the goal of the redevelopment planning is to “focus on environmentally-conscious conservation efforts that will enhance the aesthetic beauty and integrity of the property,” “that preserves the natural topography and open space” and that seeks “to maintain and increase the high quality, integrity and value of existing homes and remaining land within the Stone Creek community.”

The Atkins Group noted that it has “a vested interest” in making the redevelopment work, as “we are still the majority owner of the remaining vacant land within the community.”

Urbana School Board President John Dimit, who has lived on the 2700 block of Plantation Point since 2005, said he was “disappointed” that the golf course is closing, but was “looking forward” to see what the planning firm comes up with.

And Sam Phillips, who has lived in the 2700 block of Stone Creek Boulevard for about a year, hopes it works out.

“If they made it into a park and it looked nice, it’d be all right,” said Phillips, who moved from St. Louis and works for Carle. “If they develop it into upscale houses like the rest of these out there, that’d be all right.”

His house doesn’t face the golf course, so he wasn’t particularly disappointed.

“I didn’t pay for a golf-course view. The people who paid a premium to have that view of the golf courses would be a lot more upset than me,” he said. “My lot, I knew it was going to have houses developed around it when I bought it.”

As part of the transition, the restaurant currently known as Attie’s and formerly as Kennedy’s will close Jan. 17.

The Pro Shop will also close Jan. 31, and The Atkins Group encouraged anyone with gift cards to use them by then.

And anyone with a paid season golf pass will receive a full refund.