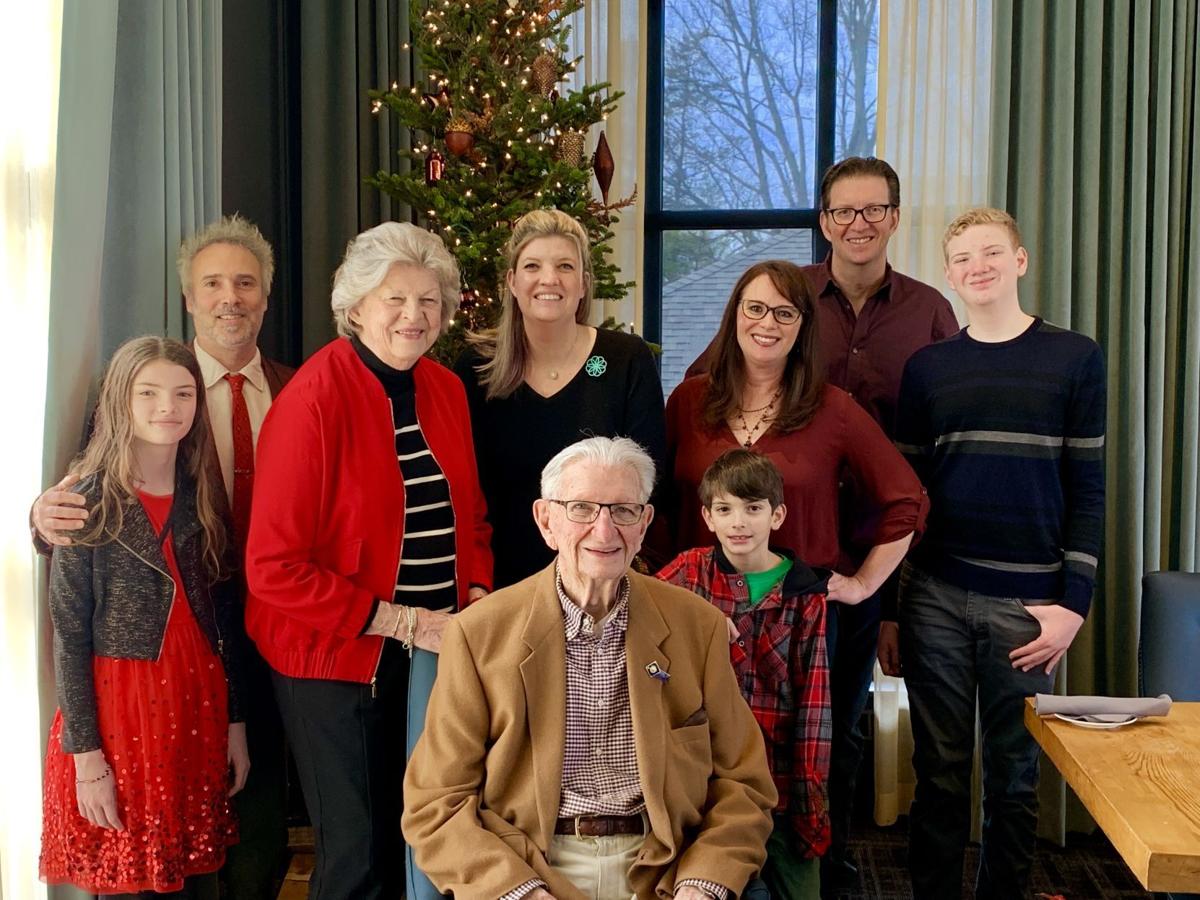 Kyle and Phyllis Robeson with their family. 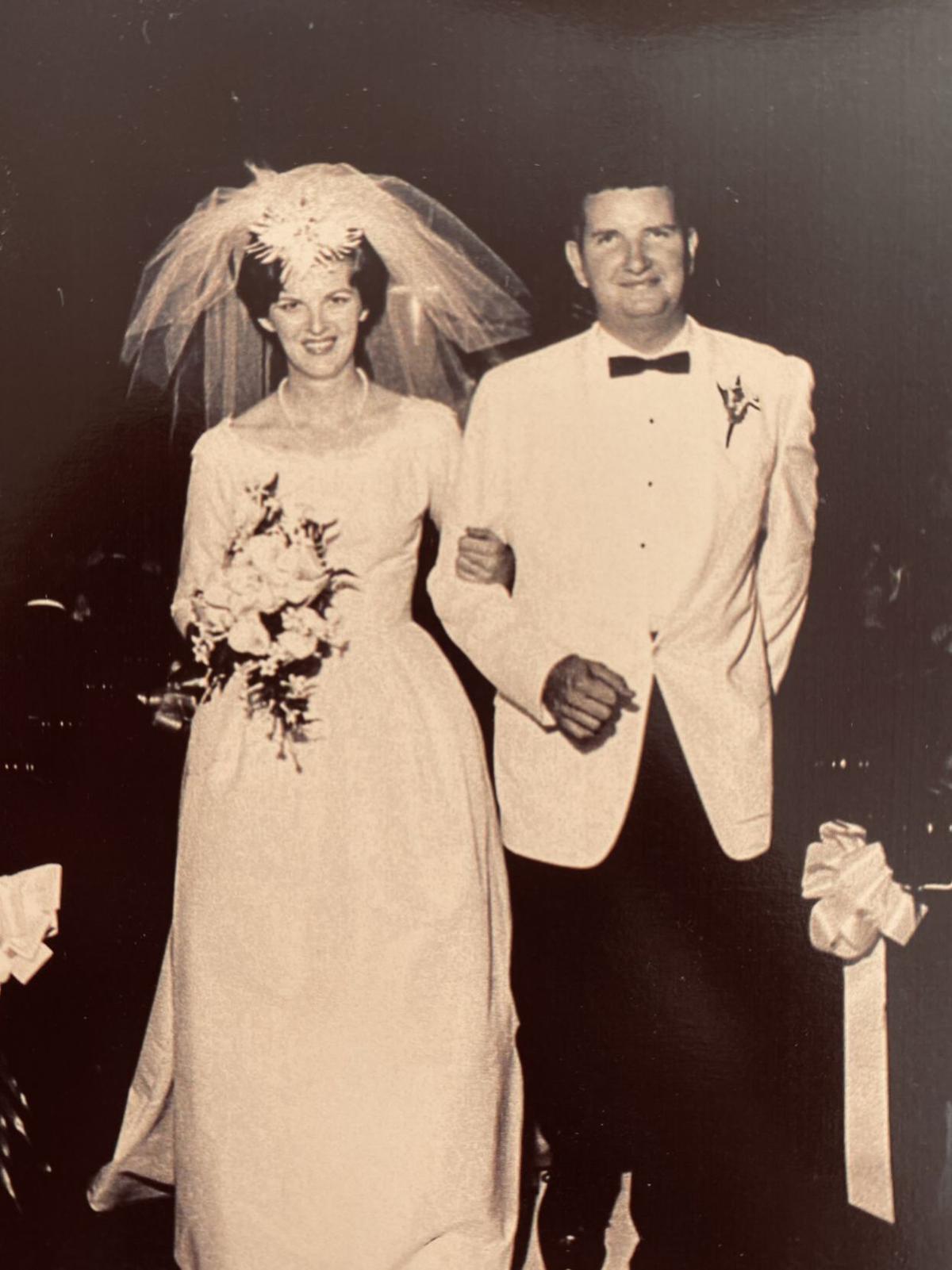 Kyle and Phyllis Robeson on their wedding day. Picture provided. 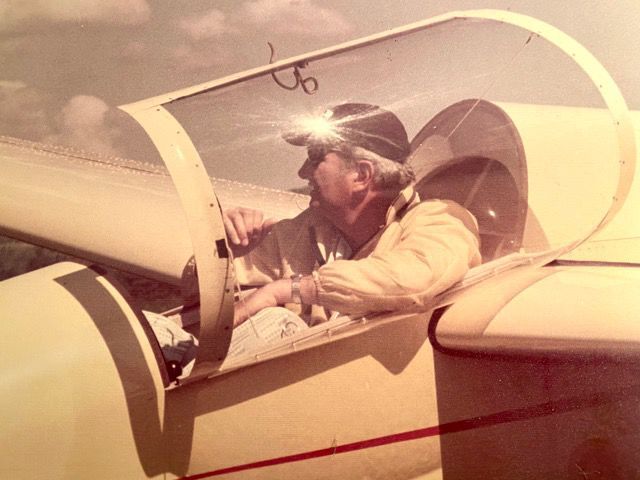 Kyle Robeson, who died Saturday at age 91, is shown in his glider. 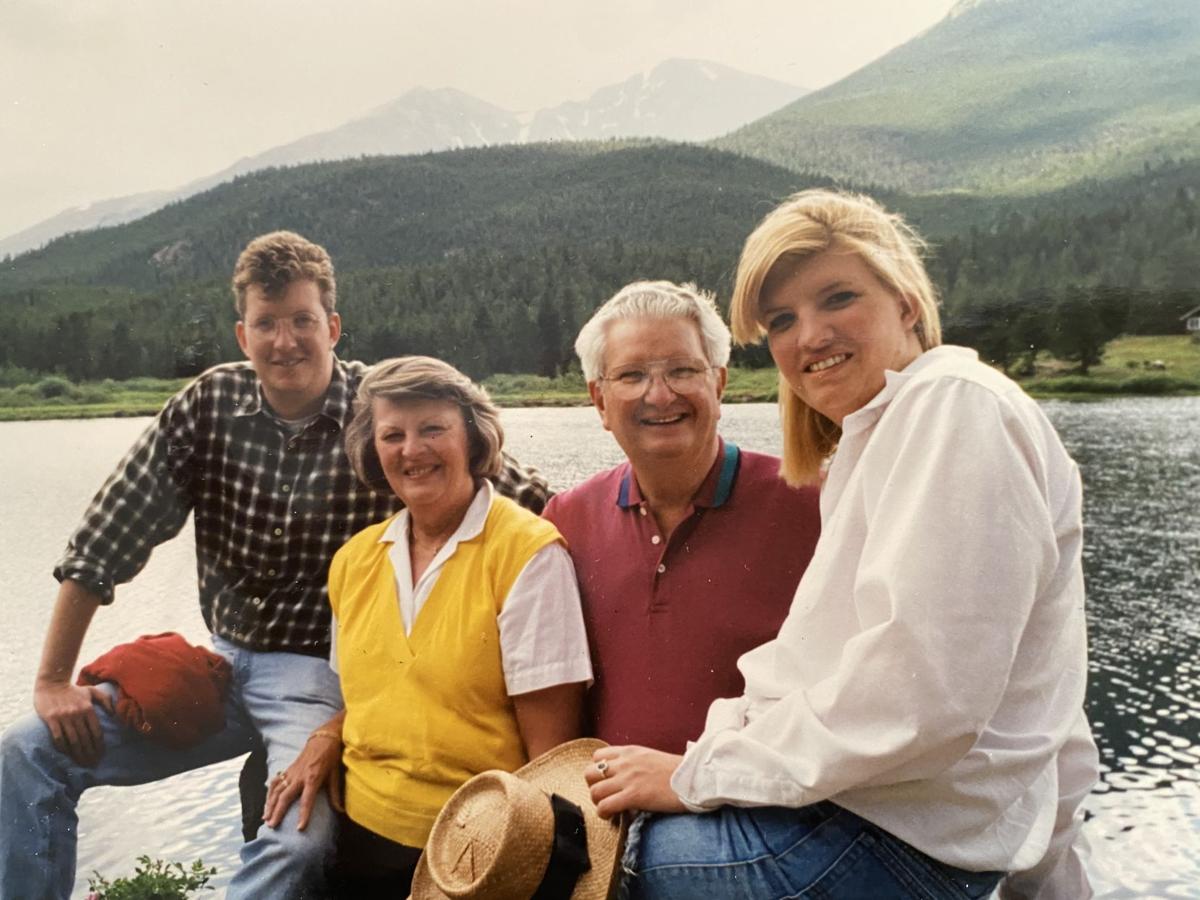 Kyle and Phyllis Robeson with their family.

Kyle and Phyllis Robeson on their wedding day. Picture provided.

Kyle Robeson, who died Saturday at age 91, is shown in his glider.

Kyle Robeson, who passed away Saturday at age 91, was larger than life in his personality, generosity, vision and devotion to his native Champaign County, say those who knew him.

“You name it, he did it,” said Lou Liay, retired University of Illinois Alumni Association director and Mr. Robeson’s longtime friend.

From becoming the third-generation operator of Robeson’s, the former department store in downtown Champaign, to developing former Chanute Air Force Base properties in Rantoul and a sizeable chunk of southwest Champaign, to flying his own small plane, to his 50 years of perfect attendance at Champaign Rotary Club and the many philanthropic activities he and his wife, Phyllis, were involved in together, Mr. Robeson did absolutely nothing halfway, friends and family members said.

“Kyle was 6’4” or 6’5”, and he had a personality to match,” said Joan Dixon, chief executive of the Community Foundation of East Central Illinois — a philanthropic organization Mr. Robeson helped form in 1972.

“It was a large personality,” Dixon said. “He knew everybody, and if he didn’t, he immediately got to know you. And he was easy to talk to.”

Mr. Robeson was born and raised in Champaign, went to University Laboratory High School, then Miami University in Oxford, Ohio, and served in the U.S. Air Force.

He and his wife had two children, Eric and Kim, and three grandchildren.

Mr. Robeson started his career in 1956 at Robeson’s, the department store founded by his grandfather, and later focused on property development.

His interests — among them photography, the Indianapolis 500, vacationing in Estes Park, Colo., fishing, conservation and Illinois sports — were broad, friends said.

“He was just an all-around guy,” Liay said.

Alan Nudo, who was president of the department store and went on to work in Mr. Robeson’s development ventures, said his former employer was active downtown and able to envision things out of the ordinary, such as buying former base properties in Rantoul and redeveloping them.

Among the many developments in which Mr. Robeson partnered with others were Robeson Meadows and Robeson Meadows West subdivisions and the shopping/office/restaurant complex Village at the Crossing, all in southwest Champaign, and Golfview Village Apartments and Little Wings Childcare center in Rantoul.

Phyllis Robeson said she met her husband of 58 years after a shopping trip in Robeson’s. Her future father-in-law came up to her in the store, asked if she was finding everything she needed, then came back to ask her if she knew his son, saying, “he’s tall, too.”

He asked her for her name and phone number because he wanted to pass it along to Kyle, she said, and Kyle called her two weeks later and they began dating.

Her husband was always very interested in the family, and while he wasn’t a “huggy” kind of grandfather, he loved it when the family came over to visit, she said.

He loved working in the yard and fixing things around the house, Phyllis Robeson said.

“He was very involved in setting good values with the kids and seeing that they were interested in philanthropy, as we are, and being honest, and that kind of thing.”

As for him doing nothing halfway: Phyllis Robeson recalled that for one of her birthdays, her husband bought her a new car, “and he had it out in the driveway out front with this humongous bow on it,” she said.

While his parents were active in the community, the family had dinner together by candlelight every night, Eric Robeson recalled.

His dad would sing Rotary Club songs at the table, and the family would join in, he said.

His father was busy, he said, “but the moments he was around, it was never a dull moment.”

He would ask questions nobody else would think of — wondering how things were made, how much something might weigh, asking questions at meetings searching for areas of commonality with other people, he said.

His father’s decision to close Robeson’s was a difficult one, Eric Robeson recalled.

“He was very emotional about that decision and having to sell all that property,” he said.

Kim Robeson said her dad’s love of flying and airplanes meant the family spent much time in airports, and to this day, the smell of fuel and hangars brings back memories of her childhood.

Throughout her childhood, she said, her father would drive the family through parking lots of his properties checking for burned out lights, through subdivisions looking at how they were designed and would take them to malls and into stores — not to shop, but to check out displays and signage.

She and her brother both recall their dad’s love of yard work — something he enjoyed so much, Kim Robeson said, that he would go out and help the landscape crew pull weeds and put down mulch at Robeson Plaza.

“Lawn maintenance was his passion, and he loved working in the yard, and that’s where he came up with great ideas and solved the world’s problems,” she said.

He loved development and had a gift for connecting people, Kim Robeson said.

“He taught me to appreciate nature and to appreciate giving back to the community, and for that, I’ll always be grateful,” she said.

They had been standing next to each other at the ribbon-cutting ceremony for the new Champaign library when Mr. Robeson turned to him and asked him where he was from.

Carter said he told him he was from Storm Lake, Iowa, and Mr. Robeson replied that he owned property there.

“What a small world,” Carter said.

He and Mr. Robeson would frequently sit next to each other at Rotary meetings.

He recalled Mr. Robeson being outspoken, with a great sense of humor, and fun to talk to.

“You always knew where he was coming from,” Carter said. “And you knew in his heart he always wanted to see Champaign better and make the community better, so even when he was upset about something, he came at it from the standpoint that he wanted what was best for the community.”

Champaign Public Library Director Donna Pittman said she got to know Mr. Robeson when he and his wife chaired the fundraising committee to build the current library.

The Robesons not only helped raise donations, they were donors themselves and remained involved in the library, Pittman said.

Mr. Robeson, in fact, would stop by to visit her when he was at the library, and “he always had some advice for me,” she said.

“I found him absolutely delightful, because you never knew what he would say,” Pittman recalled.

Liay said his own family and the Robesons spent holidays and family occasions together for decades, and their children grew up together like siblings.

“I know that we’ll miss him, and the community will miss all the good things he’s done,” he said.

With Mr. Robeson, “it was all positives, no negatives,” Liay said.

“He just totally was a part of this community, and the Robeson name is just synonymous with supporting Champaign-Urbana and Rantoul,” Liay said.