Lorraine Wirges and her husband, Leonard, were recognized for their years of service to the Rantoul community and to the Rantoul Garden Club. Two trees were planted at Heritage Lake in recognition of their efforts. 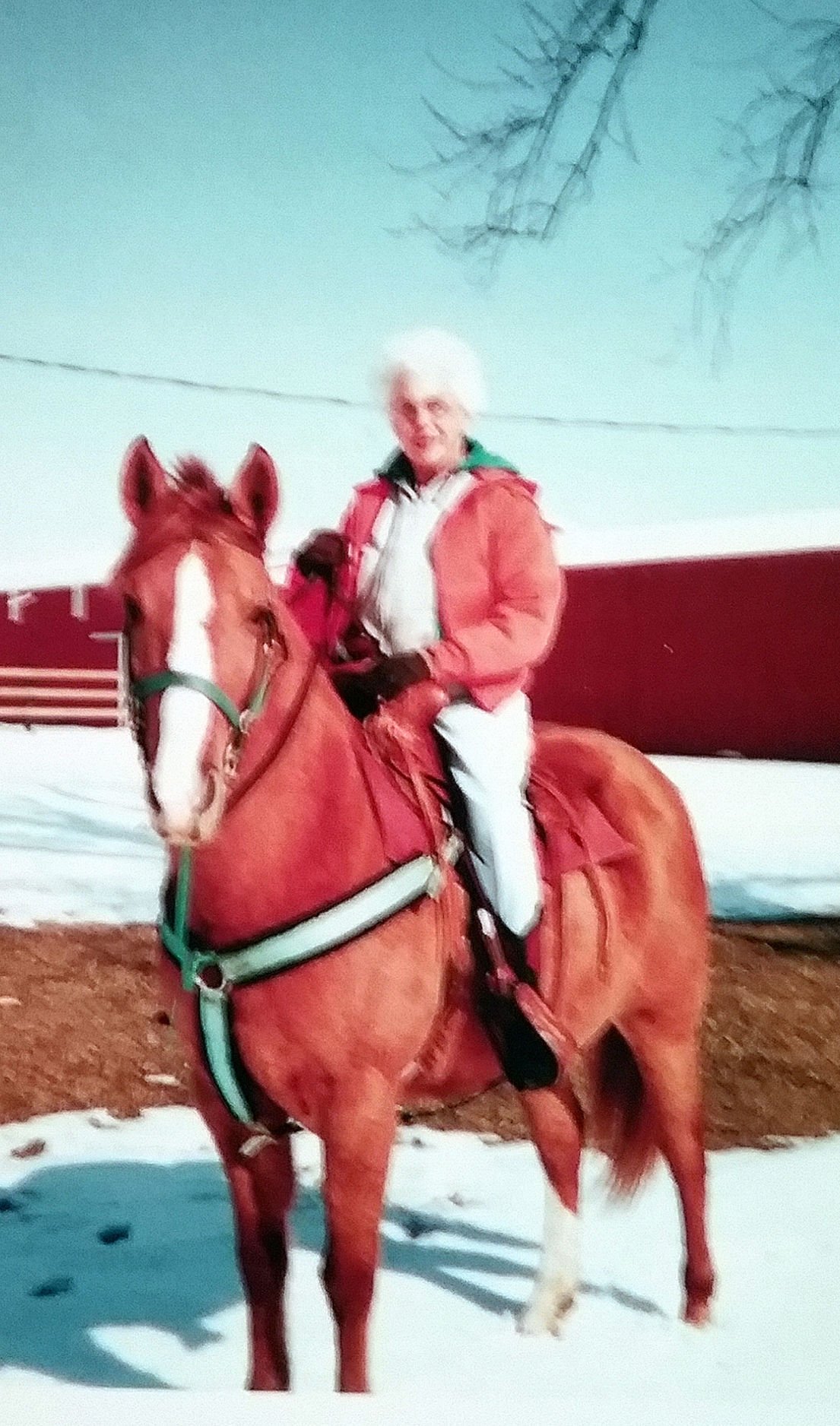 Lorraine Wirges at age 80 is shown riding her horse, Fawn.

Lorraine Wirges and her husband, Leonard, were recognized for their years of service to the Rantoul community and to the Rantoul Garden Club. Two trees were planted at Heritage Lake in recognition of their efforts.

Lorraine Wirges at age 80 is shown riding her horse, Fawn.

RANTOUL — Lorraine Wirges of Rantoul was green long before it was considered cool.

An advocate of gardening, trees, honeybees and the natural environment, Mrs. Wirges had a knack for pushing for nature without being pushy. Growing up on a farm in rural Nebraska, she also enjoyed horseback riding and, in her younger days, skeet shooting.

Paul Carroll got to know Mrs. Wirges when he began serving as the environmental coordinator for the cleanup of the former Chanute Air Force Base. Mrs. Wirges was a member of the Restoration Advisory Board.

Carroll said she maintained a consistent focus on the Air Force’s progress on cleanup and its impact on the environment.

“I especially recall her recommendations to plant wildflowers and milkweed on the former base landfills to help maintain honeybee and butterfly populations,” Carroll said. “Her previous position at the Chanute Wing Commander’s office gave her a unique perspective on the Chanute cleanup which proved valuable to the RAB, and she was never hesitant to correct the record when presented with inaccurate information about what happened and when at the base.”

A member of the rapidly vanishing “Greatest Generation” that lived through the Great Depression and World War II, Mrs. Wirges died April 3. She was 97.

Good friend Joan Weichel, who with Mrs. Wirges is an active member of Rantoul Garden Club, called her “one of a kind.”

“She was a person you could always count on,” Weichel said. “If she said she would do something, she would do it and do it well.”

Mrs. Wirges was the administrative assistant “for one of the top two men” on the former Air Force base, according to Weichel.

“She had that office in tip-top shape. She knew what was going on. She was always a constant,” Weichel said, noting that she was the same way with the Rantoul Garden Club.

“She was consistently on top of everything. She always knew the right thing to do or say, but she was never bossy.”

Karen Pruitt of rural Penfield said Mrs. Wirges became interested in beekeeping when she took a class on the subject with her grandson.

“She ended up really liking it and taking over the beehive,” Pruitt said.

“She just got hooked. She ended up being a good beekeeper and a very good representative for bees. To her, honey was a cure for everything in the world.”

“She dove into everything she did and usually ended up doing it well.”

Mrs. Wirges was also not afraid to learn.

“In her late 70s and 80s, she had confidence to use a computer,” Pruitt said.

“Here she was maintaining membership lists” for the beekeepers club.

Mrs. Wirges also knew how to cut a rug. Pruitt said she and her husband, Leonard, were natural dancers and showed up each year at a Valentine’s Day dance in the community.

The Wirgeses were also active in getting several Blue Star Markers, designed to honor those serving in the military, established in various locations, including the state’s 100th marker at Maplewood Cemetery, Rantoul.

She was also a life member of the VFW Auxiliary and American Legion Auxiliary. She was also active at St. Malachy Church, and she enjoyed playing bridge.

Rantoul Mayor Chuck Smith said Mrs. Wirges and her husband were primary contributors to the community’s annual Arbor Day celebration and the planting of at least one new tree each year in celebration.

“Her contributions go back some 35 to 40 years,” Smith said. “She was a community leader who cared about the environment, and she’s going to be deeply missed.”

Smith said Mrs. Wirges was also responsible for the village being designated a Tree City USA each year by the Arbor Day Society.

She was at home with a shotgun in her hand, having grown up on a farm.

And she enjoyed riding her horse, Fawn, which she had to give up in her latter years. Jeakins remembers taking photos of her mom and Fawn on Mrs. Wirges’ 80th birthday.

A private Mass will be held, and her ashes will be buried alongside her parents in Fullerton, Neb. A celebration of life for family and friends will be from 4 to 6 p.m. Friday at Lux Memorial Chapel, 1551 E. Grove Ave., Rantoul.