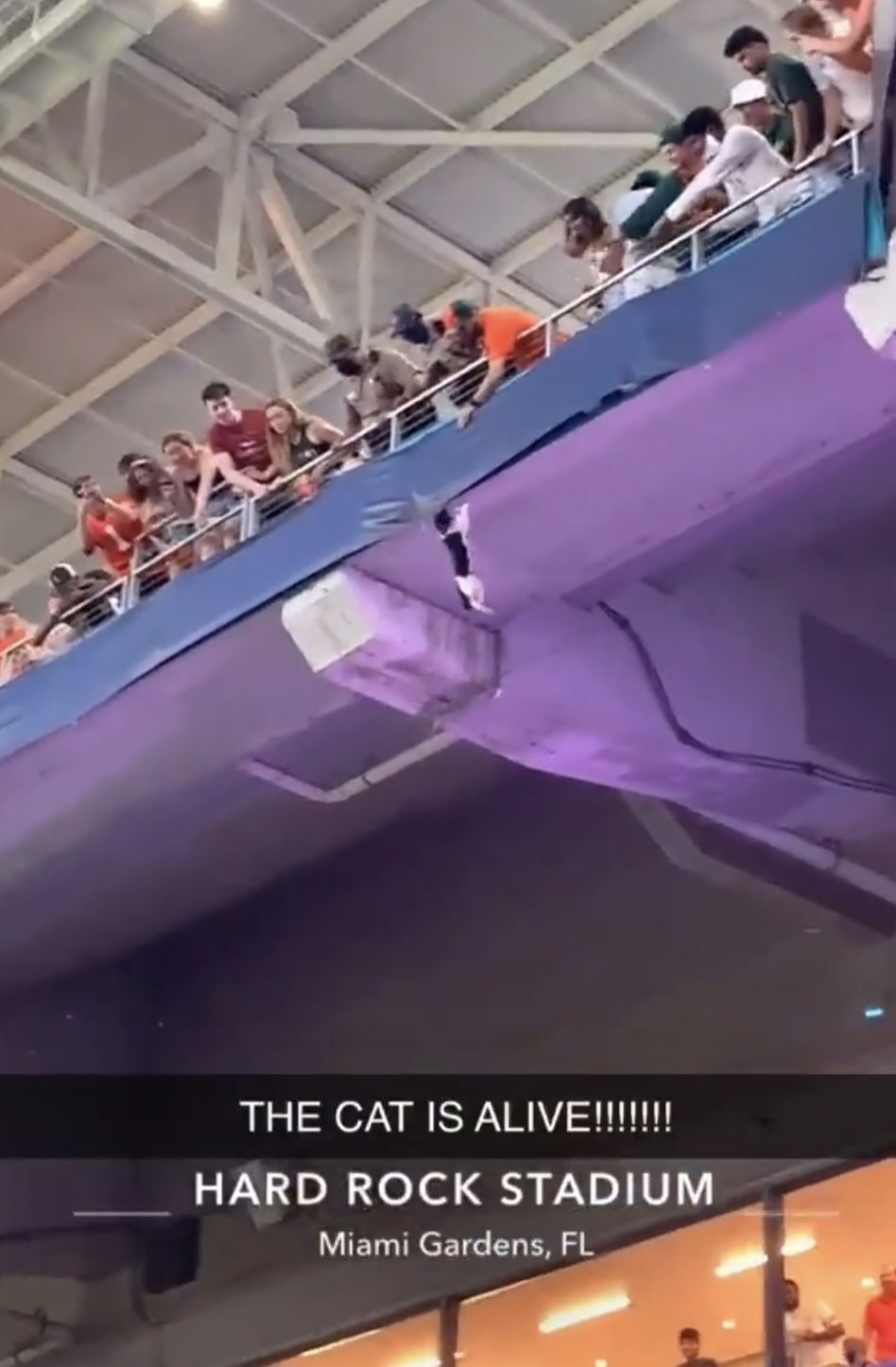 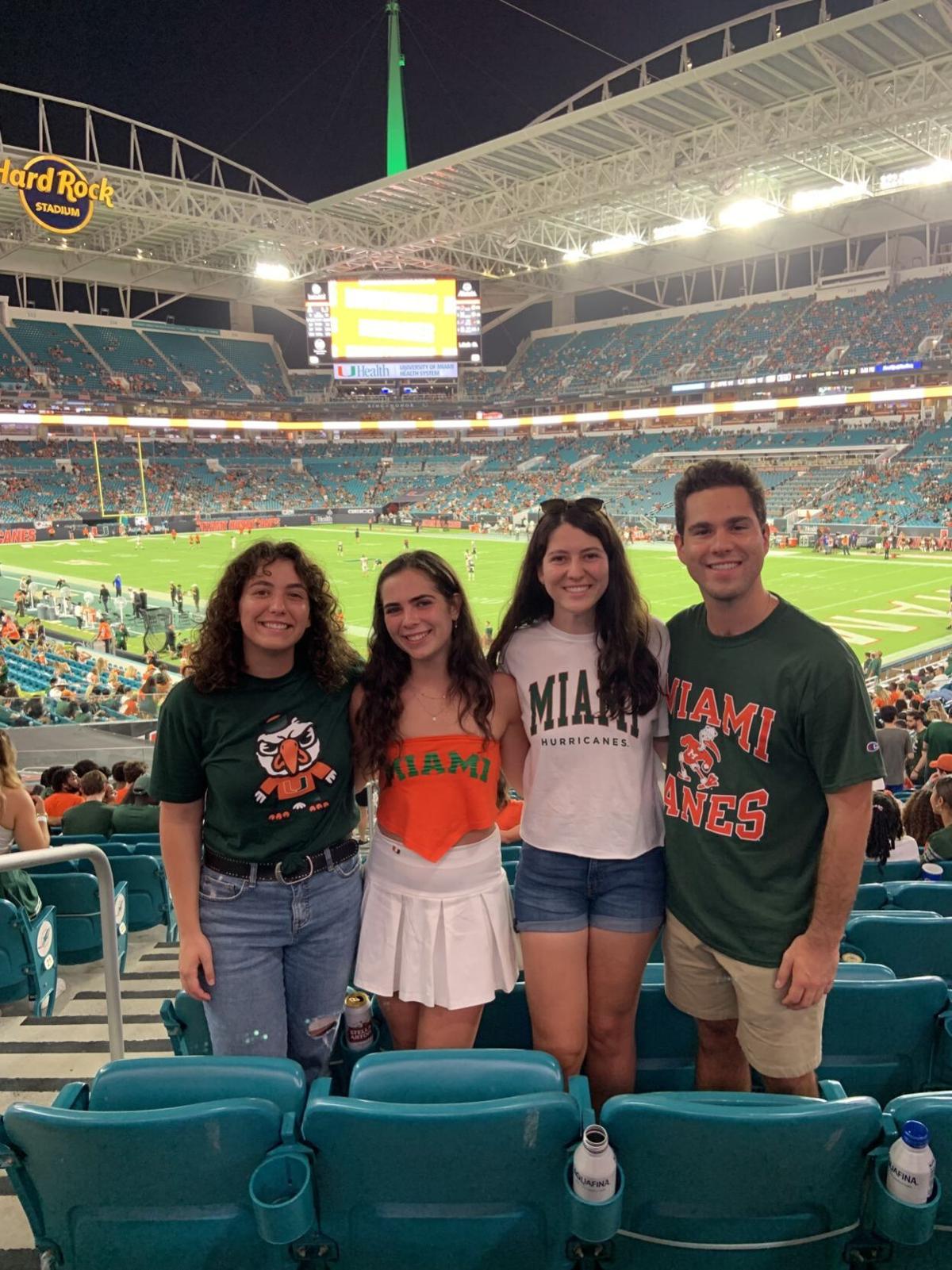 Yianni Laros realized his video of a cat surviving a scary fall from the upper deck of Hard Rock Stadium had gone viral even before Saturday’s game in Miami had ended.

Good timing — and camerawork — turned the University of Illinois junior into a social-media celebrity over the weekend. Making a mad dash with sisters Maria and Panayiota to visit cousin Renée Lioudakis — who is attending Miami — the Laros kids wound up at the Hurricanes football game against Appalachian State. Yianni was in the student section when attention turned to a cat which somehow wound up dangling from an upper deck facade.

“Miami had the ball at the 50, and no one was paying attention to the game,” Yianni said. “I took out my phone and started recording.”

The cat lost its grip but fell safely into an American- flag-turned-safety-net held out by fans a level below.

Yianni’s tweet — CAT SURVIVES FALL AT HARD ROCK STADIUM!!!! #SaveTheCat — was first picked up by Barstool Sports, then House of Highlights, Fox Sports 1, ESPN, NBC’s Today … “It’s gone crazy,” he said. As of Monday night, his popular post (@Yiannithemvp) had 57,000 likes, 11,800 retweets and 520 comments. “Total shock,” he said. “The publicity has been hilarious.”

The 20-year-old Champaign Central grad said he had more than 1,000 follow requests on his private Instagram account, which he uses to show “prom or my senior year or what I did last night,” he said. “No one wants to see that.”

His friends at the UI — he was back on campus Monday — loved hearing about it, though.

“I told them I’m living like a celebrity,” he said.