‘40 North is a gem of the county,’ Champaign City Council member Matt Gladney said at this week’s meeting. As the council’s liaison to 40 North, Gladney has served on the nonprofit’s board for seven years. 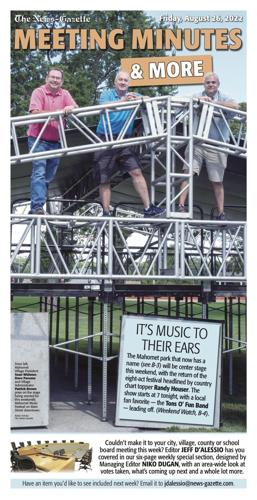 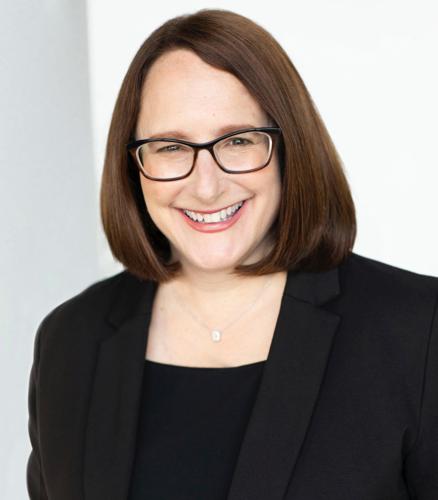 It was a study session, so no formal vote was taken. But judging by council members’ glowing reviews for 40 North and Executive Director Kelly White, there’s likely to be little resistance to city staff’s recommendation that Champaign increase its investment in the local arts council by $10,000 a year.

“To be truly honest, to me, a $10,000 increase isn’t enough,” council member Michael Foellmer said.

With the city’s five-year agreement with 40 North set to expire at year’s end, Champaign Assistant Planning and Development Director Rob Kowalski made the case to council for why a new five-year agreement should include an increase — from $30,000 a year to $40,000 — noting that the arts non-profit spurs economic development and the fact that the city’s annual contribution has remained the same since 2011.

It was an easy sell, with every council member in attendance endorsing a new deal being worked up and it being added to a future agenda for a formal vote. (District 1 representative Davion Williams missed this week’s meeting while attending his daughter’s softball game, Mayor Deb Feinen said).

White’s presentation touched on all that 40 North and its full-time staff of one (her) does — from annual traditions like the Boneyard Arts Festival to new events, like the inaugural West Side Arts 2022, set for Sept 17 at West Side Park. She closed with a video tribute, featuring testimonials from random residents, to what has become the crown jewel of the summer schedule — downtown’s Friday Night Live, which wraps up for the season tonight.

Said White: “People stop me every week multiple times and (say) what this program means to them and how they connect with people.”

Feinen got a first-hand look and listen at the grief Champaign police officers sometimes endure while on the job. Recounting last Friday night’s ridealong in the form of a thank you to three-month Chief Tim Tyler and his team, Feinen closed the meeting by saying:

“Chief, the professionalism of your officers was incredibly outstanding. There were a lot of mental health issues that they were dealing with but there was also just a lot of angry and rude behavior, I guess is what I’d say.

"People really disrespecting our officers for simply being in a space trying to help keep them safe. And I was very impressed with how they handled themselves and we’re very lucky to have their service in our community. So, thank you.”

Seventy-four days before November’s general election, some news on the election after that: Starting next Tuesday, petitions for the office of mayor and at-large city council seats in the April 4, 2023, consolidated election can be picked up at the Champaign City Clerk’s Officer or downloaded from champaignil.gov/elections.

Completed petitions must be submitted to the office between Nov. 21-28 (but not on Thursday and Friday, when the building will be closed for Thanksgiving).

Next year will mark No. 20 for the Catlin Public Library at its Mapleleaf Drive location. Which got Director Kathleen Bennett thinking: Maybe it’s time to spruce up the joint.

In Urbana, no fees, no problems for library; Marlin: 'Makes sense' to collaborate on Champaign shelter

Two-plus months since scrapping late fees altogether — and forgiving $70,363.13 in overdue fines accrued by 6,113 adults, 82 teens and 480 youths — Urbana library staff is “over the moon” at the response, Executive Director Celeste Choate told the city council this week.

While many area schools outlaw the same things (revealing clothing, violent imagery) and protect others (“hairstyles historically associated with race, ethnicity or hair texture”), the rest of the dress code rules vary from district to district.

The school board vote came 10 days after a News-Gazette survey found Tuscola to have the lowest standard daily rate of 40 area districts. Mahomet-Seymour remains the highest, at $150.

The 49th edition of the Arthur Amish Country Cheese Festival, set for next weekend, includes Saturday's "National Cheese Eating Championships," in which contestants are given a 1-pound block of Colby and a bottle of water as a chaser.

For most other area districts, it will be business as usual Monday — thanks to HVAC upgrades, some just completed.

Of Jasper the therapy dog's first day of school, owner/Clara Peterson Elementary social worker Julia Bleich says: “When we weren’t with a student in a class, Jasper spent time napping or staring at my door willing it to open so he could see more kids."

"Inmates are more violent and the state is slow to accept inmates remanded to their custody because they are found unfit to stand trial. (That and other factors) makes for a very challenging environment in which to work and manage."

On the day that Kathy Shannon announces her bid for city council, one of Champaign's longest-serving members, Tom Bruno, tells The News-Gazette he's going to step aside next year and give someone else a turn.