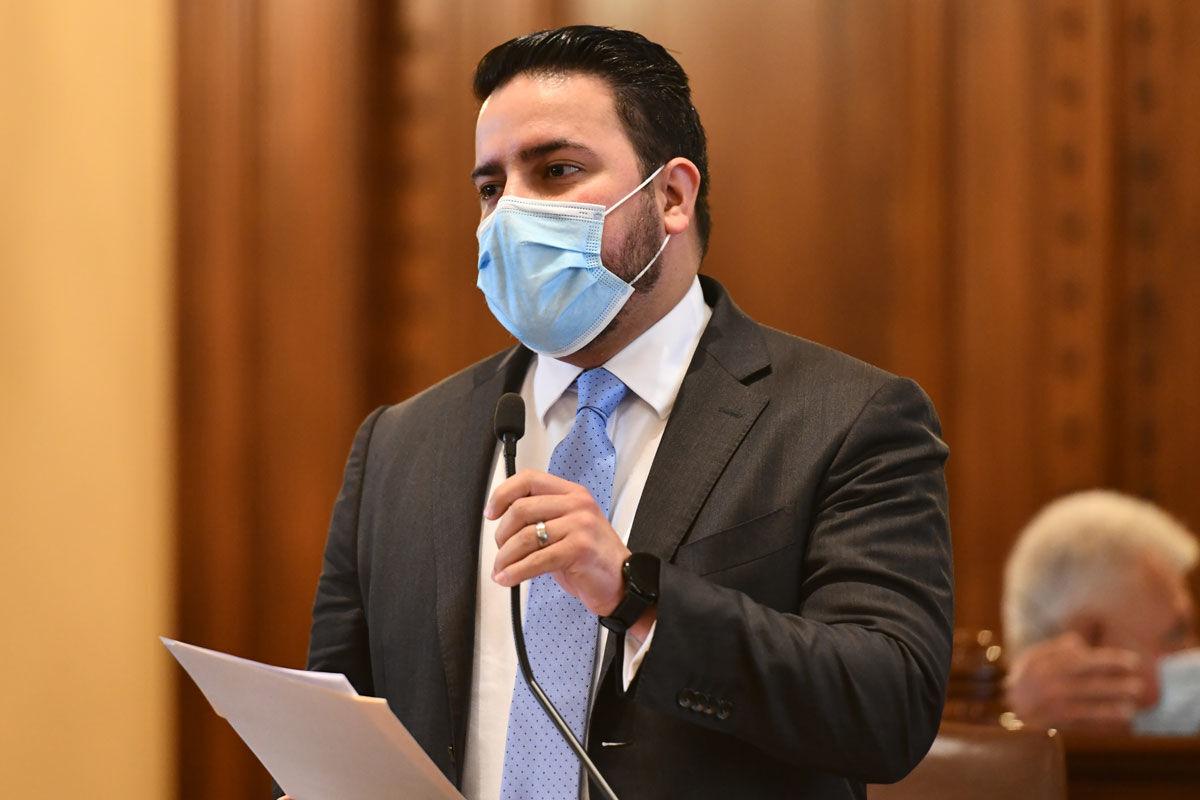 ‘This is a fair map that reflects the great diversity of our state,’ said state Sen. Omar Aquino, D-Chicago, who chairs the Senate Redistricting Committee. 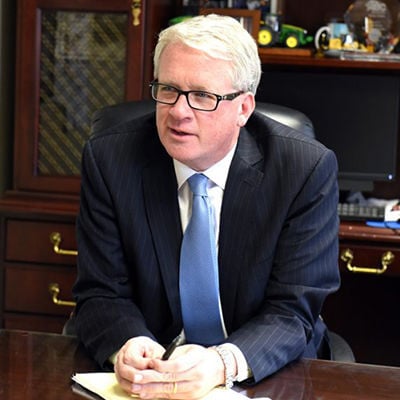 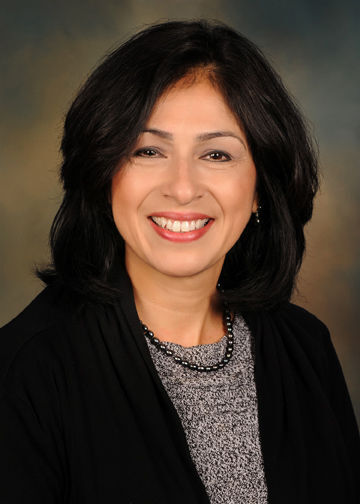 ‘This is a fair map that reflects the great diversity of our state,’ said state Sen. Omar Aquino, D-Chicago, who chairs the Senate Redistricting Committee.

SPRINGFIELD — House and Senate redistricting committees will hold a series of public hearings this week on a proposed new set of legislative maps that Democrats released, despite the fact that official census data won’t be available until later this year.

The Democrats’ decision to release the maps after 7:30 p.m. Friday, combined with the fact that the majority party also has not divulged all of the data sources they used to draw the maps, drew sharp criticism from Republicans, who called on Gov. J.B. Pritzker to veto the maps if they pass.

The proposed new maps establish new lines for the General Assembly’s 59 Senate districts and 118 House districts, an action the Illinois Constitution requires lawmakers to take at least once every 10 years following the decennial census.

But the census process has been delayed this time around because of the COVID-19 pandemic and a series of natural disasters in 2020, which combined to make it nearly impossible for census workers to get accurate and timely counts of residents in many parts of the country.

That has complicated things in Illinois, where the state constitution gives lawmakers only until June 30 to complete the mapmaking process. After that, it is handed to an eight-member bipartisan commission, which would take away the Democrats’ partisan advantage.

And if that commission fails to produce maps by Aug. 10, the name of a ninth member from one of the two parties is drawn at random by the secretary of state and added to the group, and the deadline is extended to Oct. 5.

So instead of waiting on census data and extending the timeline to automatically trigger the commission process, Democrats have said they are relying on other data sources, including the Census Bureau’s American Community Survey, which uses sampling to estimate population shifts on an ongoing basis.

‘Partisan advantage’While that may be true on a statewide basis, many watchdog groups have argued that it is less true when it comes to tracking smaller populations such as small towns and rural areas where the sampling error rate can be much higher.

Immediately following the release of the proposed maps, a group of 24 voting rights advocacy groups — including the League of Women Voters Illinois, the Better Government Association and Common Cause Illinois — issued a joint statement urging lawmakers to reject maps based on ACS data.

“While the delay from the U.S. Census Bureau was unprecedented, the current predicament is manufactured by lawmakers for partisan advantage,” the statement read in part.

Those groups argued that instead of using incomplete or inaccurate data, lawmakers should ask the Illinois Supreme Court for relief from the state constitutional deadlines as the states of California and Oregon did.

Democrats, however, have defended the process, arguing that their proposed maps incorporate input they received following an extensive series of public hearings held over the last few months. They also said the maps are designed to ensure fair representation across demographic lines in accordance with the Voting Rights Act.

“Redistricting is about making sure all voices are heard, and that’s exactly what this map accomplishes,” said Sen. Omar Aquino, D-Chicago, who chairs the Senate Redistricting Committee. “This is a fair map that reflects the great diversity of our state and ensures every person receives equal representation in the General Assembly.”

In addition to the ACS data, Democrats have also said they would use additional data sources to obtain accurate counts, but so far they have not disclosed what those data sources are, despite assurances that they would make all the data public.

“Yes, you will know all the data that was that was used to determine, yes,” Rep. Elizabeth Hernandez, D-Cicero, chair of the House Redistricting Committee, said during a news conference one day before Democrats released the maps without divulging the info.

In a separate news conference Monday, Republicans blasted the proposed maps as a blatant attempt to ensure Democrats retain their supermajorities while undercounting minority populations.

“This is Gerrymandering 101,” said House Republican Leader Jim Durkin, of Western Springs. “And it’s impossible to determine whether or not minority interest will be protected.

“But we do know that when you use ACS data, we know for a fact that minorities will be underrepresented using that information.”

Durkin also said that Republicans have not tried to draft their own map proposal because they don’t think maps should be based on anything other than official census data. He also said the GOP is “keeping our options open” as to whether it will file a lawsuit challenging the legality of the maps.

Rep. Tim Butler, R-Springfield, who is the Republican spokesperson on the House Redistricting Committee, echoed that sentiment.

“Redistricting is often litigated, not only in Illinois, but around the country,” Butler said. “It was litigated in Illinois 10 years ago. ... Many of the advocacy groups have talked about litigation or potentially going to the Supreme Court and things like that as well.

“So, you know, I would assume any of the 12.8 million people in Illinois would have standing to go to the courts to talk about how terrible these maps are. And we’ll see if that happens if the governor doesn’t veto these things.”

Democrats, on the other hand, counter that unlike some state constitutions, the Illinois Constitution does not require the use of official census data, and that because of the unusual delays this year, it is appropriate to use the best data available.