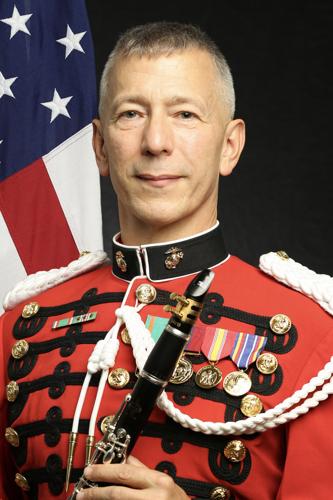 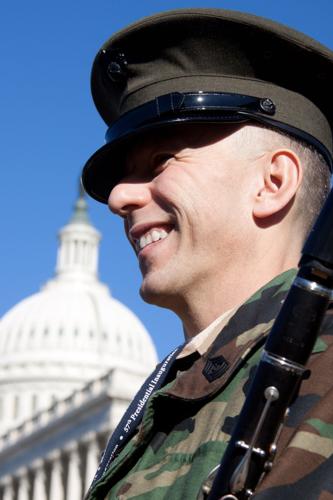 Monticello native John Mula will perform as a member of the U.S. Marine Band during Wednesday’s presidential inauguration in Washington, D.C. 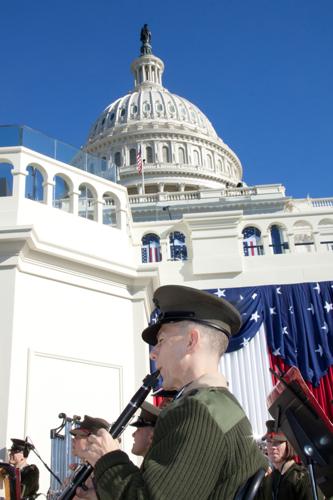 Monticello native John Mula and other members of the U.S. Marine Band practice prior to the 2013 presidential inauguration in Washington, D.C. The band will perform for Wednesday’s inauguration of Joe Biden. 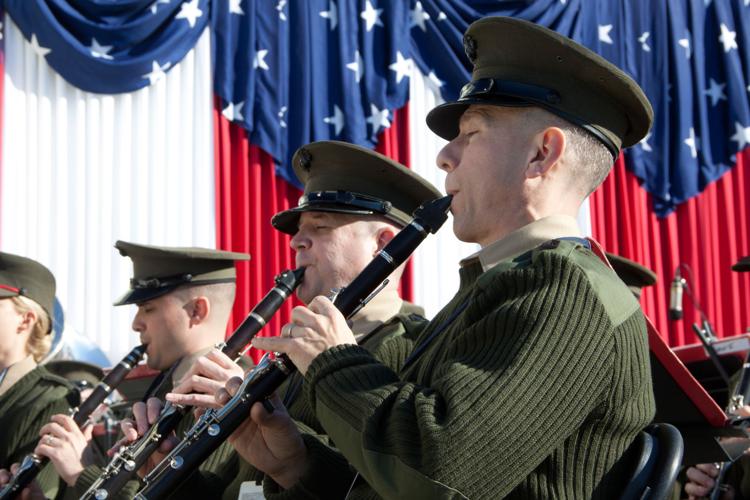 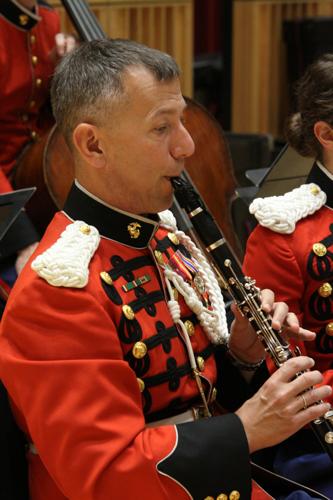 John Mula performs in concert with the U.S. Marine Band.

Monticello native John Mula will perform as a member of the U.S. Marine Band during Wednesday’s presidential inauguration in Washington, D.C.

Monticello native John Mula and other members of the U.S. Marine Band practice prior to the 2013 presidential inauguration in Washington, D.C. The band will perform for Wednesday’s inauguration of Joe Biden.

John Mula performs in concert with the U.S. Marine Band.

WASHINGTON, D.C. — It’s January. The weather is always cold, and playing a clarinet is a challenge in frigid temps. Nonetheless, Monticello native John Mula said he always gets a thrill playing for a presidential inauguration.

Wednesday will mark the seventh such ceremony — for five different presidents — when Joe Biden is sworn into office.

Mula, a master sergeant, will be part of the U.S. Marine Band that will perform.

Dubbed “the president’s own,” the Marine Band’s mission is to perform for the president and the commandant of the Marine Corps. It’s been doing that since 1801, when Thomas Jefferson was sworn in as president.

The band will be positioned directly below the presidential podium at the U.S. Capitol.

Mula, who is 57, said the day of the inauguration is generally a long one for the band — running from 9 a.m. to about 7 p.m., as it also marches in the day’s inauguration parade.

This year, however, there will be no live parade, largely over security concerns. A virtual parade will replace it.

“It’s a lot of standing and waiting,” Mula said of the day. “Especially at the parade, because the band is generally among the last to march.”

He said President George W. Bush’s first inauguration was especially cold, windy and rainy, and the first inauguration of President Barack Obama was frigid, as well. He remembers marveling during the Obama parade at several high school bands from Texas. The majorettes wore dresses, and their lower legs were exposed to the cold.

“Our mouths were open. We were saying, ‘How are they doing this?’” Mula said.

Mula remembers being especially nervous during the first inauguration when he performed, for the second term of President Bill Clinton.

“I do remember it being very exciting but also stressful in a way,” Mula said. “There are very many moving parts. I was worried I would make a mistake. I always am, actually. Every one is slightly different.

“The music is challenging because you’re playing outside. This year, we have quite a few new tunes.”

Mula said the inauguration draws, by far, the largest audience for which the band plays.

“President Obama’s (first), I remember walking out. I just couldn’t believe my eyes, how many people I could see. There were people everywhere,” he said.

As for the presidential speeches, Mula said he can’t remember much about any of them.

“Every president comes in with so many ideas, and you know that is the beginning of their life and their challenges,” he said. “I’m always kind of in awe to be there and be a part of that beginning of these presidents’ term.”

The Marine Band performs for a number of presidential functions, including state dinners, events on the White House lawn, award ceremonies, the signing of bills, “anything that’s happening in the Rose Garden.”

Mula was present when the pope visited the White House during Obama’s presidency.

He said all of the presidents have been complimentary of the Marine Band.

Clinton held a ceremony in honor of the band’s 200th anniversary, and the president shook Mula’s hand, “which was a thrill for me. He said, ‘Thank you for your service.’”

“President Bush was always charming with the band,” Mula continued. “He always told funny jokes. He would make comments to us.”

During the last week of Obama’s second term, he held an event, including a photo session, honoring the band on the steps of the White House, and Obama shook everyone’s hand.

“President Trump,” Mula said, “has always been super complimentary of the band. President Trump loved our singers and said nice things about us, too.

“I’ve got great things to say about all the presidents.”

Mula’s love of music started at an early age. As a kindergartner, he would bang out tunes on the piano that he heard on TV. He later switched to clarinet.

Mula graduated from the University of Illinois in 1985 with a degree in music. He taught music for about six years in California before earning a doctorate in music from Florida State University.

He auditioned for the Marine Band and was accepted in 1996, but said he didn’t have to go through boot camp. Six months after joining the band, he was playing at a presidential inauguration.

The band also tours the country every fall, although the pandemic canceled the tour in October.