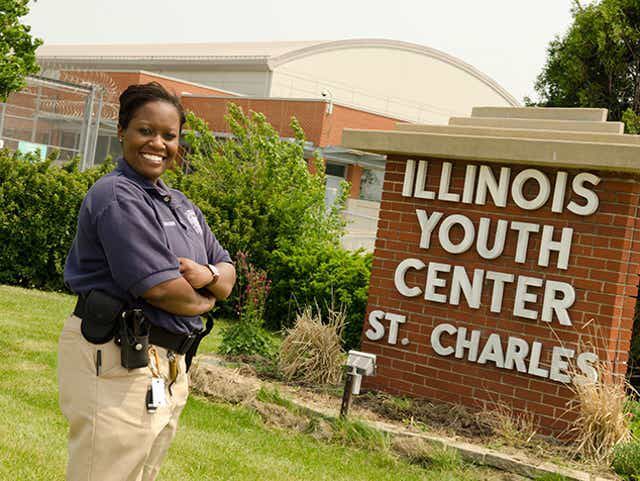 Illinois Department of Children and Family Services investigator Diedre Silas is shown in 2011. 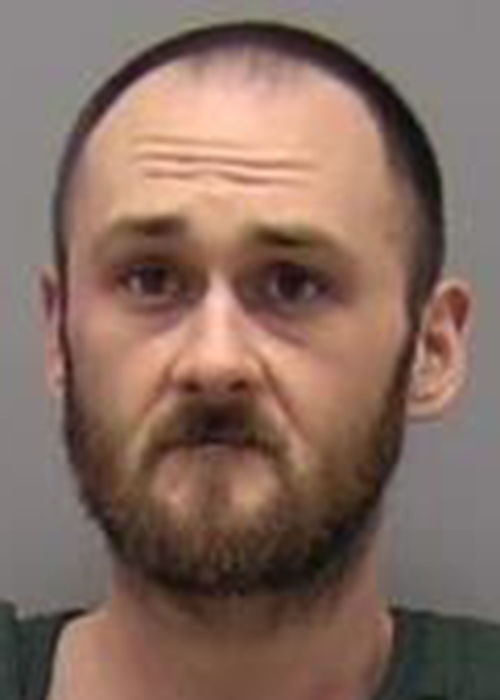 SPRINGFIELD — Sangamon County authorities are holding a Thayer man suspected in the stabbing death of an investigator with the Illinois Department of Children and Family Services.

Officers arrived at the home in Thayer — a small town 20 miles south of Springfield — in response to a 911 call at 4:11 p.m. Tuesday reporting a possible stabbing. After arriving, police spotted a blood-like substance near the door. Officers forced their way into the house and found Deidre Silas, 36, who died from her injuries.

Silas had gone to the home to check the welfare of children who lived there.

Detectives arrived and obtained a search warrant for the home. Through the investigation, they developed a suspect, Benjamin Howard Reed.

Reed, 32, was located at a hospital in Decatur where he sought treatment for a minor wound about two hours after the initial 911 call. He was questioned by detectives at the hospital and then taken to the Sangamon County Jail.

Mrs. Silas worked as an investigator for DCFS for about six months. She previously also worked for the Illinois Department of Juvenile Justice. She graduated from Illinois State University in 2008 with a degree in criminal justice and received her master’s degree in public administration in 2019.

“Deidre responded to this call and dedicated herself to the children, families and communities she served, and we will be forever grateful for her work. She was an incredible person, and her brightness and positivity will be missed not only by her family and friends, but also her second family at DCFS,” Director Marc D. Smith said.

This is the second DCFS worker killed on the job in recent years.

Pam Knight, 59, of Dixon died from injuries she received Sept. 29, 2017, when she went to a Milledgeville home to remove a 2-year-old boy from the custody of his father, Andrew Sucher. As Knight got out of her car, prosecutors said Sucher pushed her, causing her to strike her head on the concrete driveway, then stomped on her head, causing a skull fracture and brain injury. She succumbed to her injuries four and a half months later.

Sucher later pleaded guilty and was sentenced to 21 years in prison.

In the wake of Silas’ death, Gov. J.B. Pritzker issued a statement praising her efforts with DCFS.

“There is no higher calling than the work to keep children and families safe, and Deidre lived that value every single day,” Pritzker stated. “Our most vulnerable are safer because she chose to serve. I can think of no more profound legacy.”

“Deidre Silas, and Pam Knight before her, are not the only DCFS workers to be viciously attacked in recent years,” the lawmakers said in the statement. “We became involved in this issue because of Pam Knight. It’s tragically unfortunate that the need now exists to speak out on behalf of the next victim. The legislation we pushed so hard for would have removed the ambiguity when it comes to charges to make it clear that if you attack a DCFS or Adult Protective Services worker, you would face the same penalty as if you attacked a teacher or a fire fighter. “

Roberta Lynch, executive director of the American Federation of State, County and Municipal Employees Council 31, said in a statement that the union would review the facts and press for any necessary changes to DCFS operations.

“Deidre dedicated her career to helping young people. Prior to joining DCFS in August 2021, she worked in behavioral health and for more than seven years with the Department of Juvenile Justice, where she was a union steward,” Lynch said. “This tragedy is a stark reminder that frontline DCFS employees like Deidre do demanding, dangerous and essential jobs every day, often despite inadequate resources and tremendous stress.”